Today I went to Global Food, an international market near my home.  I've only been a couple of times, but it is definitely an edifying experience.  The store has all sorts of things I've never seen in any "normal" grocery store, including foods from Asia, the Middle East, and South America.  During this trip, I walked by the tea row and found a box of chrysanthemum tea with ginseng.  I've read about chrysanthemum tea on the internet and it piqued my interest (what do chrysanthemums taste like?).  I also liked the idea of ginseng--anything that helps my memory improve is a good thing.

This is what I imagine when I think of chrysanthemum tea: 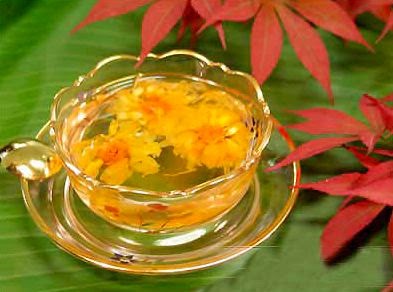 (picture from the internet)
Chrysanthemum tea is a tisane known for healing properties in some East Asian countries.  It is made by drying chrysanthemums and pouring hot water over the flowers.  The tea is supposedly good for the liver and eyes.  The tea box explains that the "Chrysanthemum was considered in China as one of the 'noble plants.'  It was so highly regarded that only the nobles were allowed to grow it in their gardens." 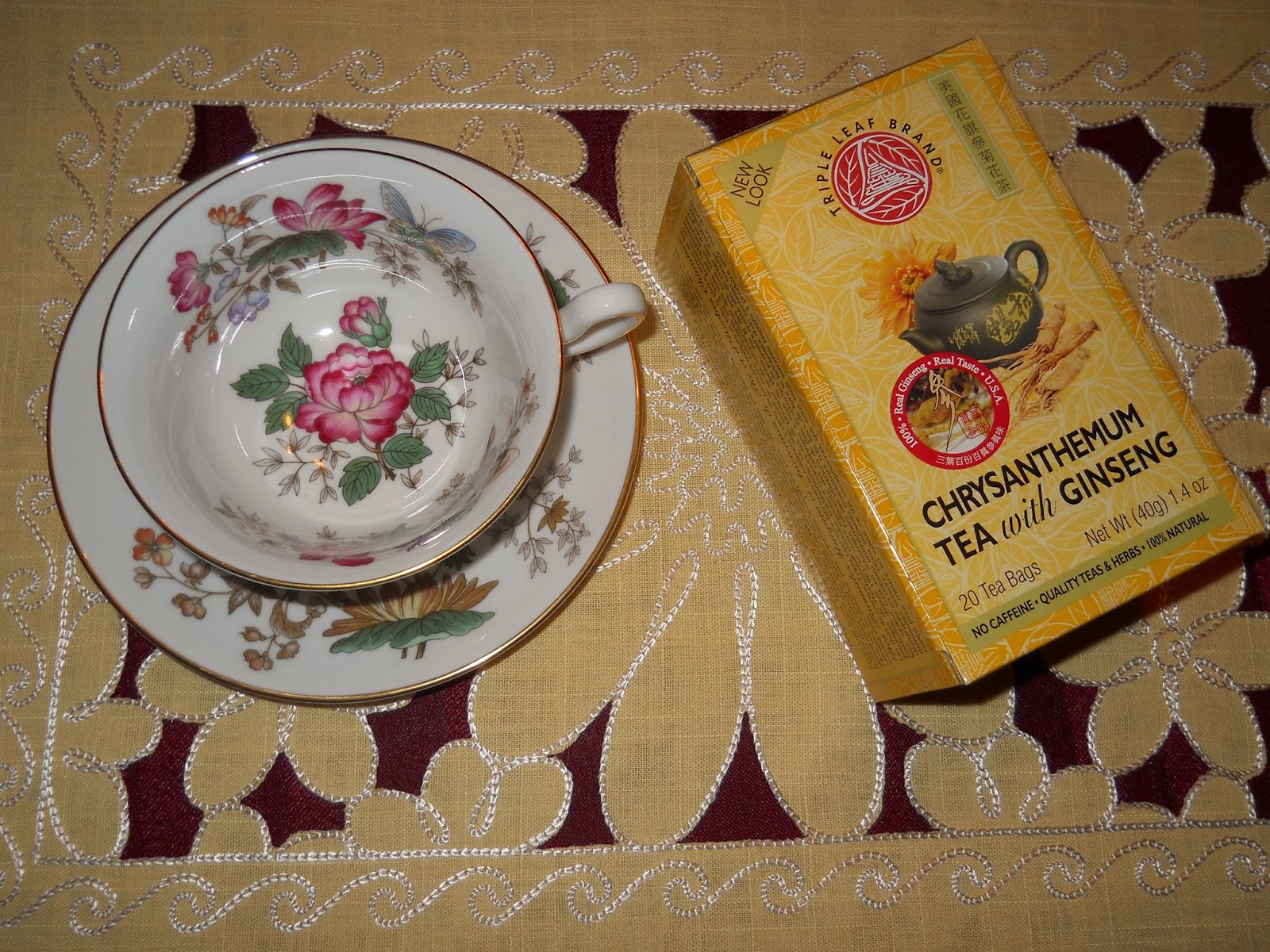 Unfortunately, the tea I bought is not dried flowers ready to bloom in my teacup.  Instead it is just a plain boring tea bag. 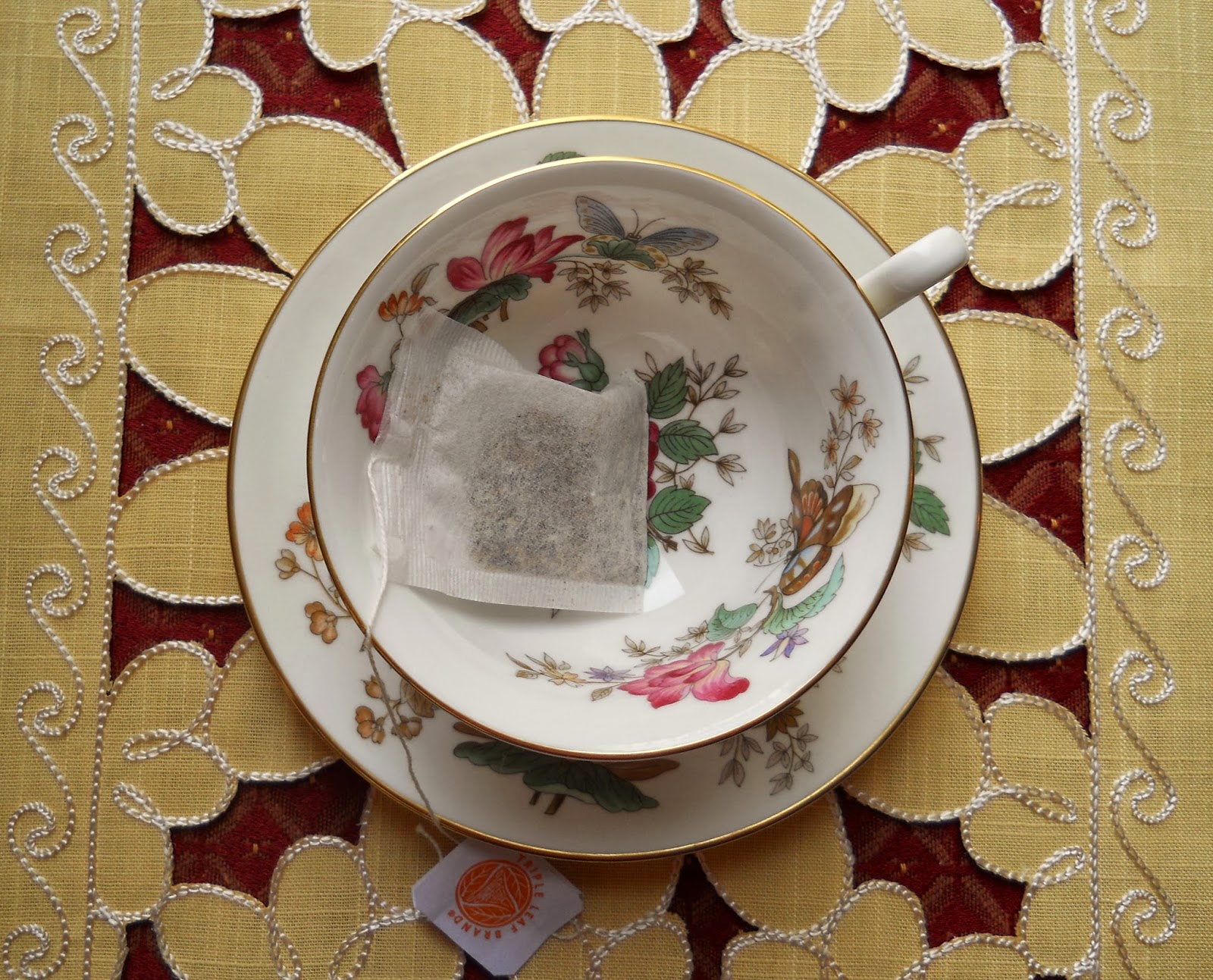 The tea has a medicinal smell (which goes well with it being a part of Chinese medicine) and is a dark amber color. 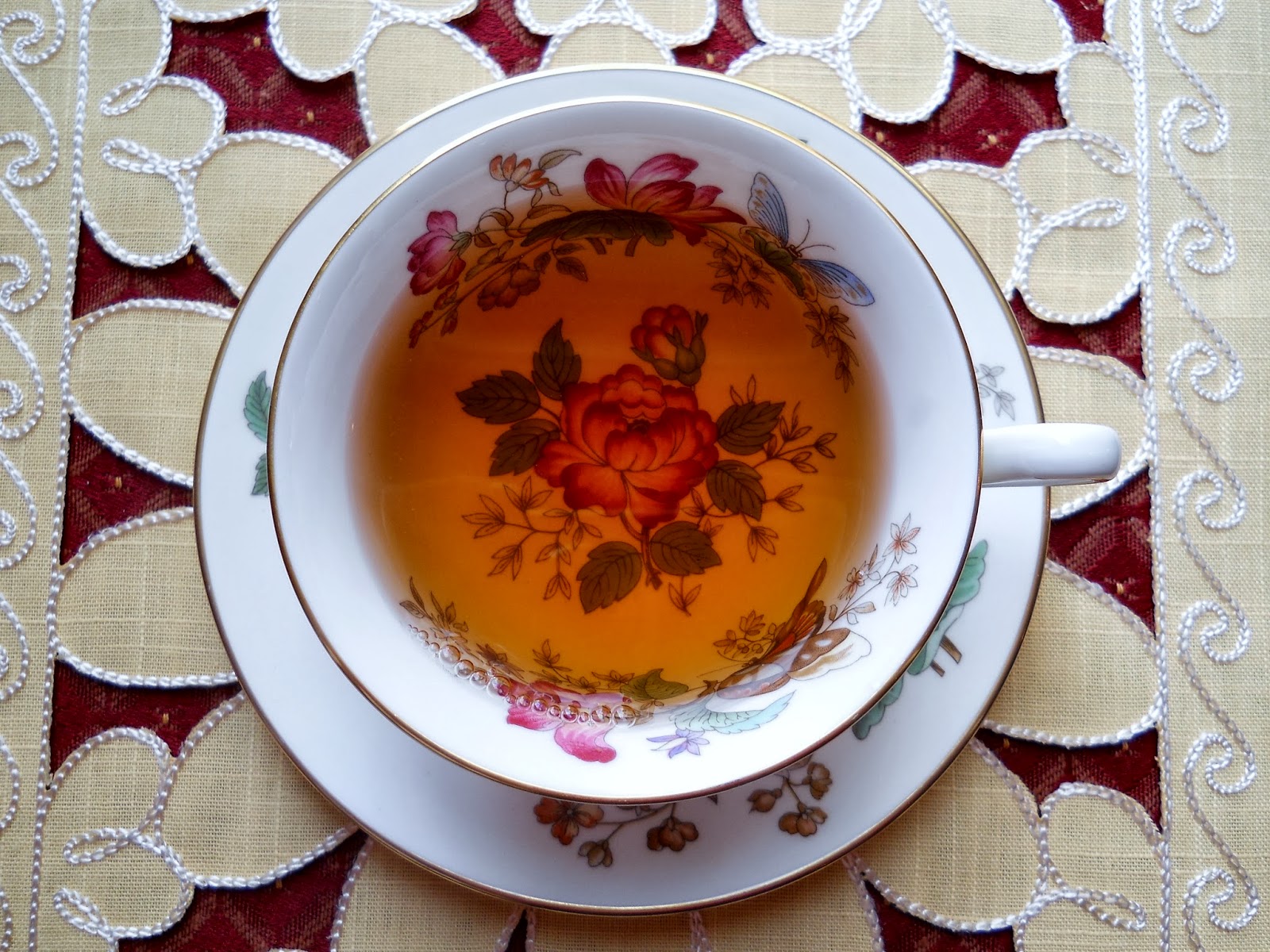 The tea tastes like chamomile tea to me, which is funny since Koreans use chrysanthemum tea for alertness while chamomile is known for its relaxing properties.  I did not like it plain, but it was good with a large dollop of honey and some sweetener.  I like my tea extra sweet, especially if it doesn't have much flavor of its own. 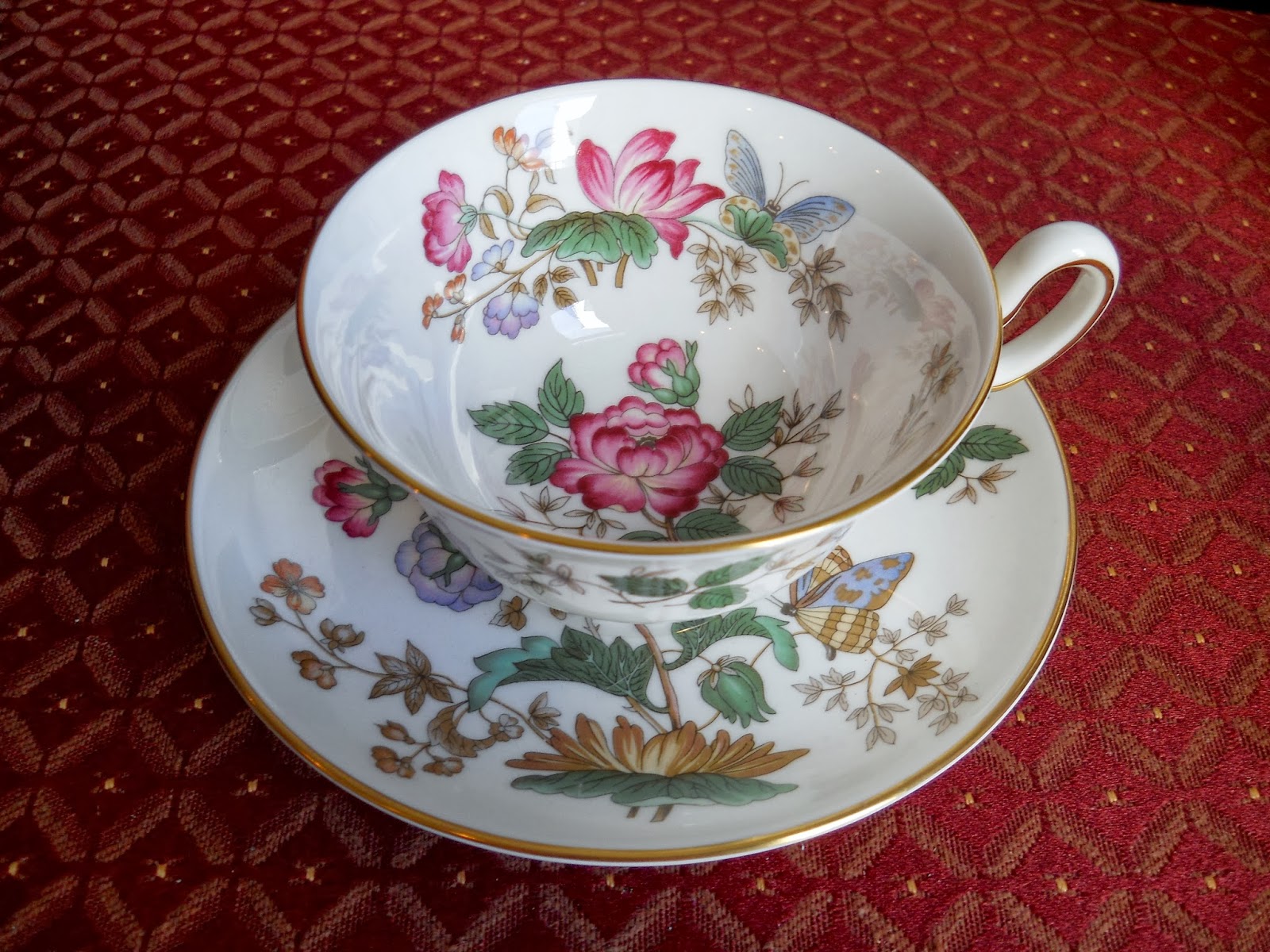 This teacup and saucer is Charnwood by Wedgewood and is my only Wedgewood set.  It is a pattern of roses and butterflies with an Asian flair.  I thought it was an appropriate match for the chrysanthemum tea because it looks like a Chinese watercolor painting.
﻿
Posted by Carrie at 8:44 PM