Today is the last official day of winter...hopefully the weather gets the memo!  To celebrate, I'm having a cup of one of my favorite teas  Hot Cinnamon Sunset, by my favorite blender, Harney and Sons, as I watch the sun set on the last day of winter. 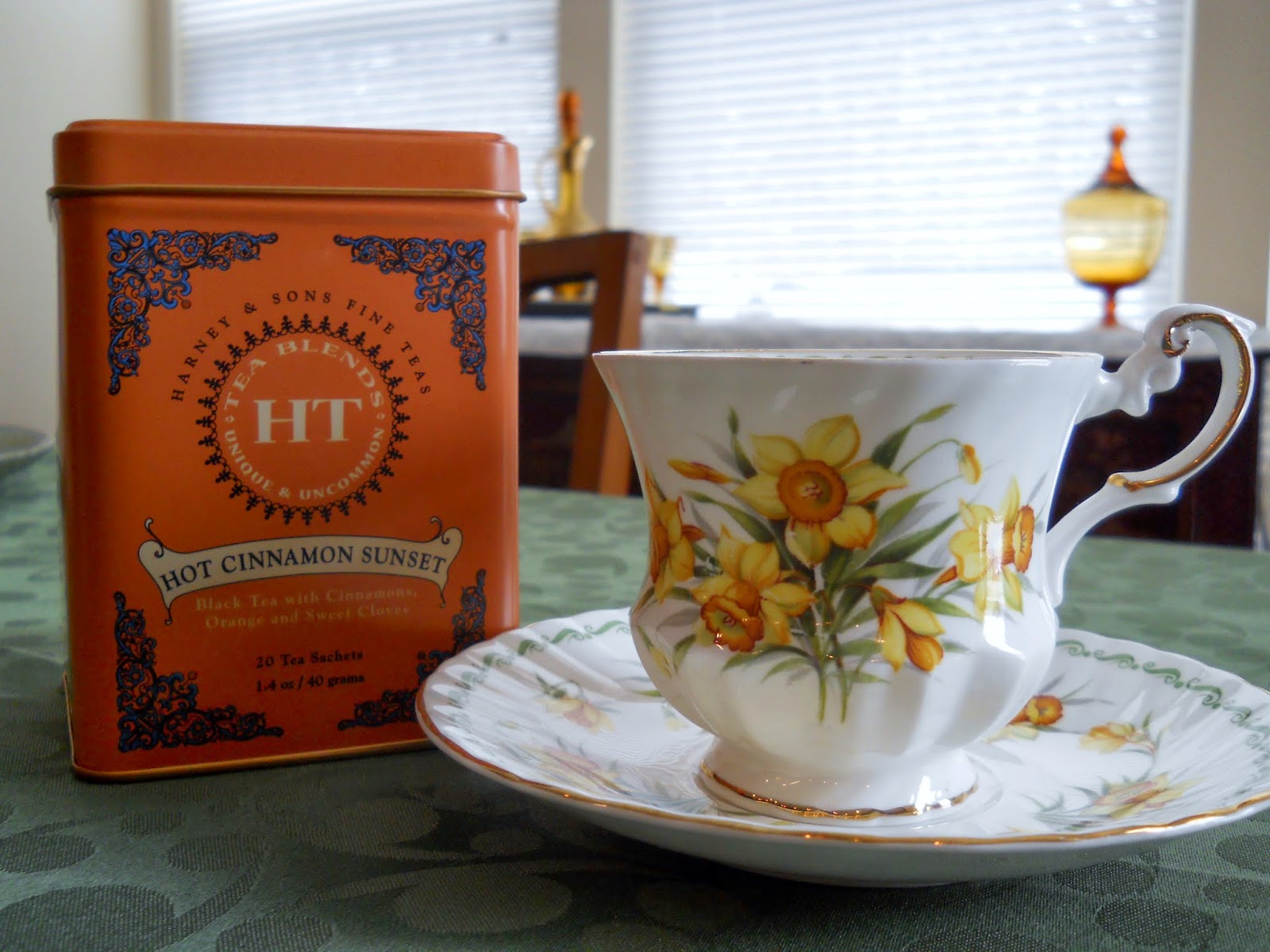 This tea reminds me of Christmas and sitting by a blazing fire, so it definitely is an appropriate way to say goodbye as winter "sunsets."

Harney & Sons' website describes the tea as follows:  "China black is the base of this tea so the leaves are dark brown.  There are pieces of cinnamon bark and orange peel covered with cinnamon dust.  The liquor of this tea is a medium brown with orange hues." 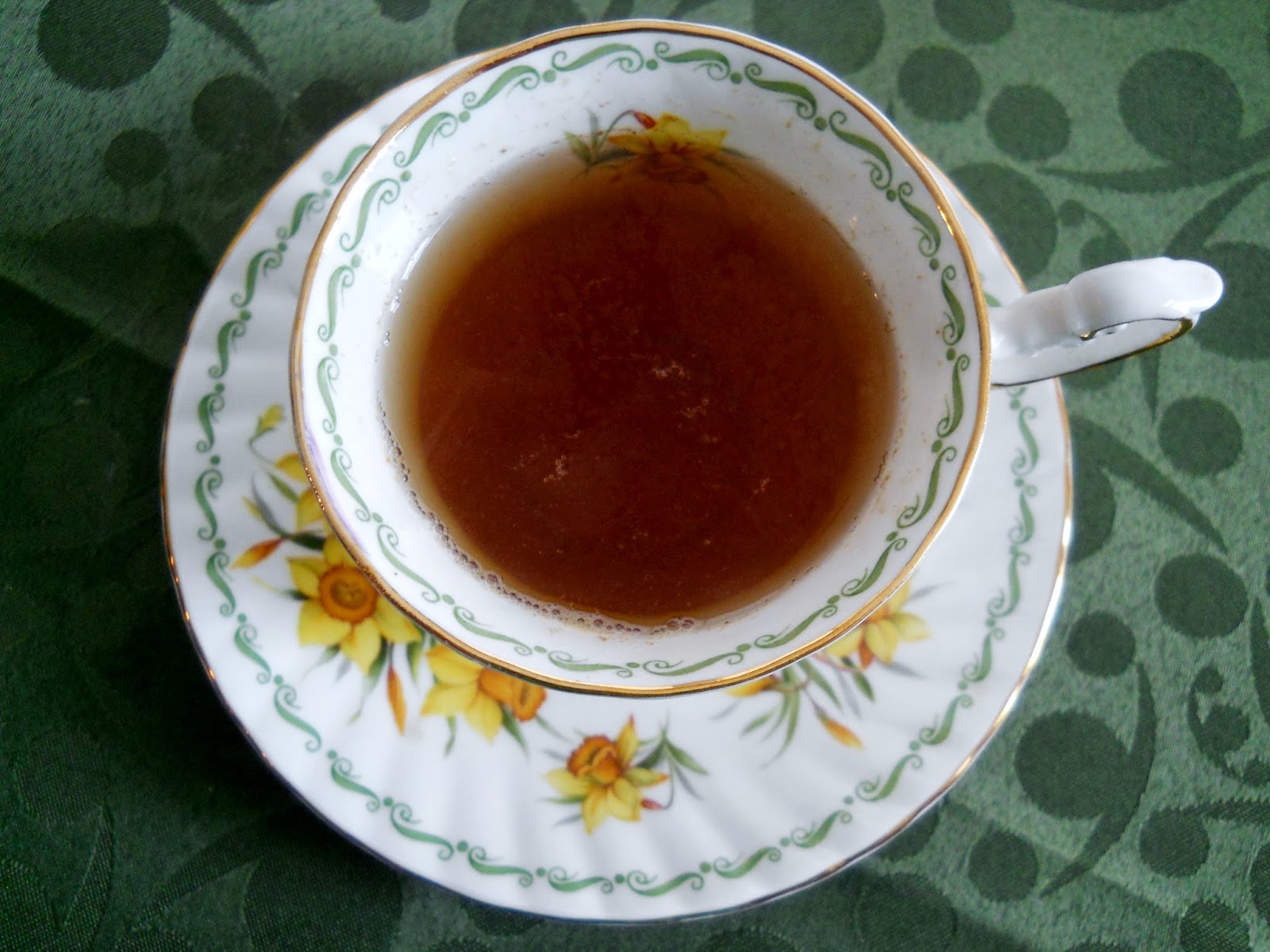 I don't know about the tea having orange hues, but you can definitely taste cinnamon and orange peel and cloves, another spice in the tea.  Cinnamon dust ends up in the tea itself which makes it even better.  The orange is another strong flavor and goes brilliantly with the cinnamon and clove, which also leads to memories of past Christmases' wassail.  The webpage says numerous times that the tea is not sweetened, which I think it stresses because the tea is sweet all by itself.  It is even sweet enough for me! 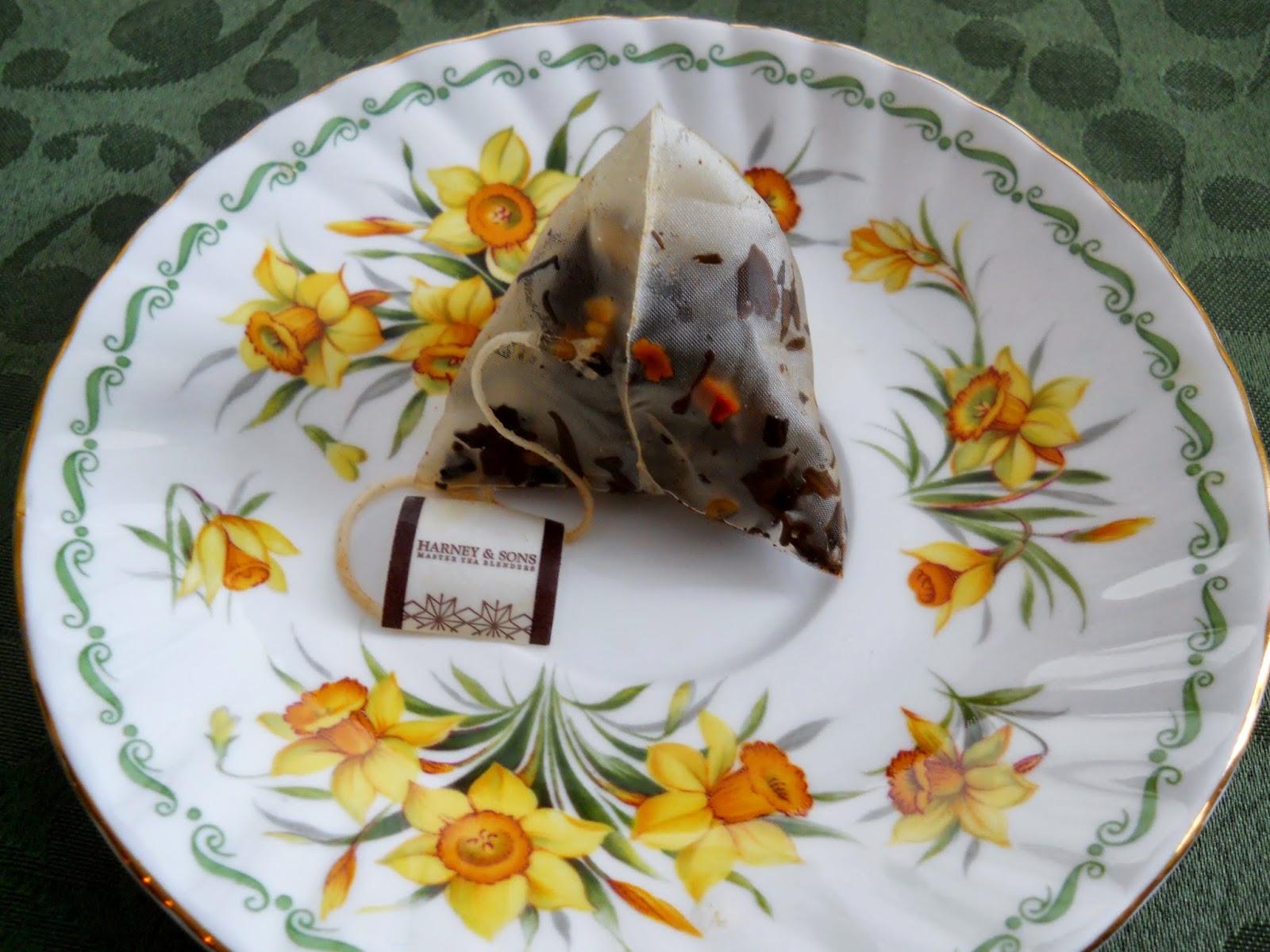 Unfortunately I forgot to take a picture of the tea bag before I used it, but this way you can see the orange peel better (I totally did it on purpose!).  This is the sachet tea bag which is my favorite, because I think the quality of tea in these sachets is pretty close to loose leaf, but in a ready made bag, perfect for travel or work!

I recently discovered that my local Target sells some of the "classic" Harney and Sons teas in tins, so I've been enjoying trying the different teas and have plans for the multi-colored tea tins that I'm accumulating since I'm now completely obsessed with putting flowers in tea tins  (see http://teatimejourneys.blogspot.com/search/label/Flowers) :). 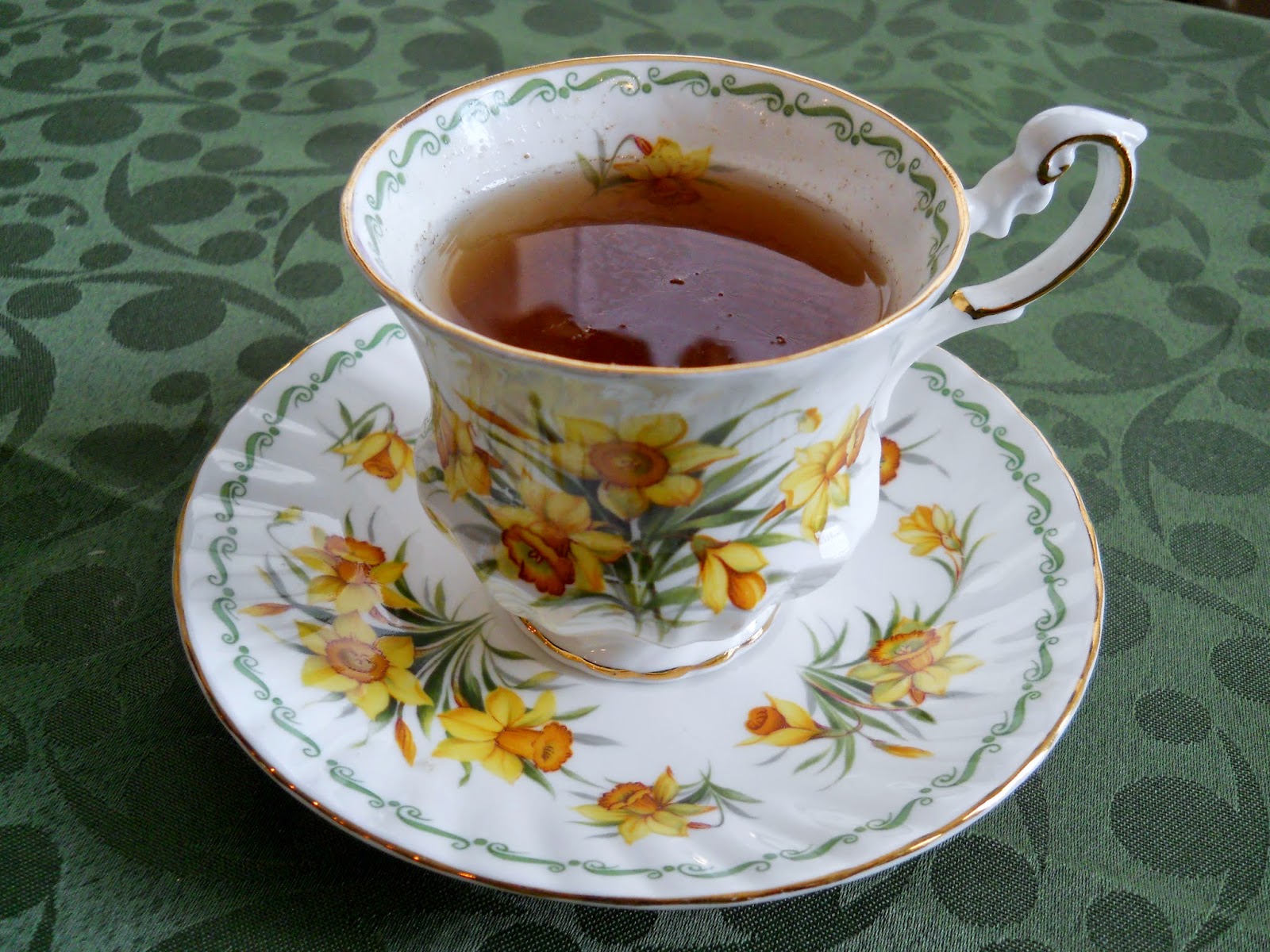 The cup I'm drinking from today is Queen's Fine Bone China, Rosina China Co. Ltd., and is from the Special Flowers collection, Daffodil.  Daffodils are the March flower and are definitely a sign of Spring...I saw a few of mine in the front starting to pop up even further...one day soon hopefully I'll have flowers!
Posted by Carrie at 7:31 PM