Although not very Derby-like, I prepared a teacup milk cake to share this weekend.  This was the cutest idea for a recipe, and I got it from the Recipes for an English tea book.  The best thing about it was I didn't have to worry about translating the recipe into American measurements, because... 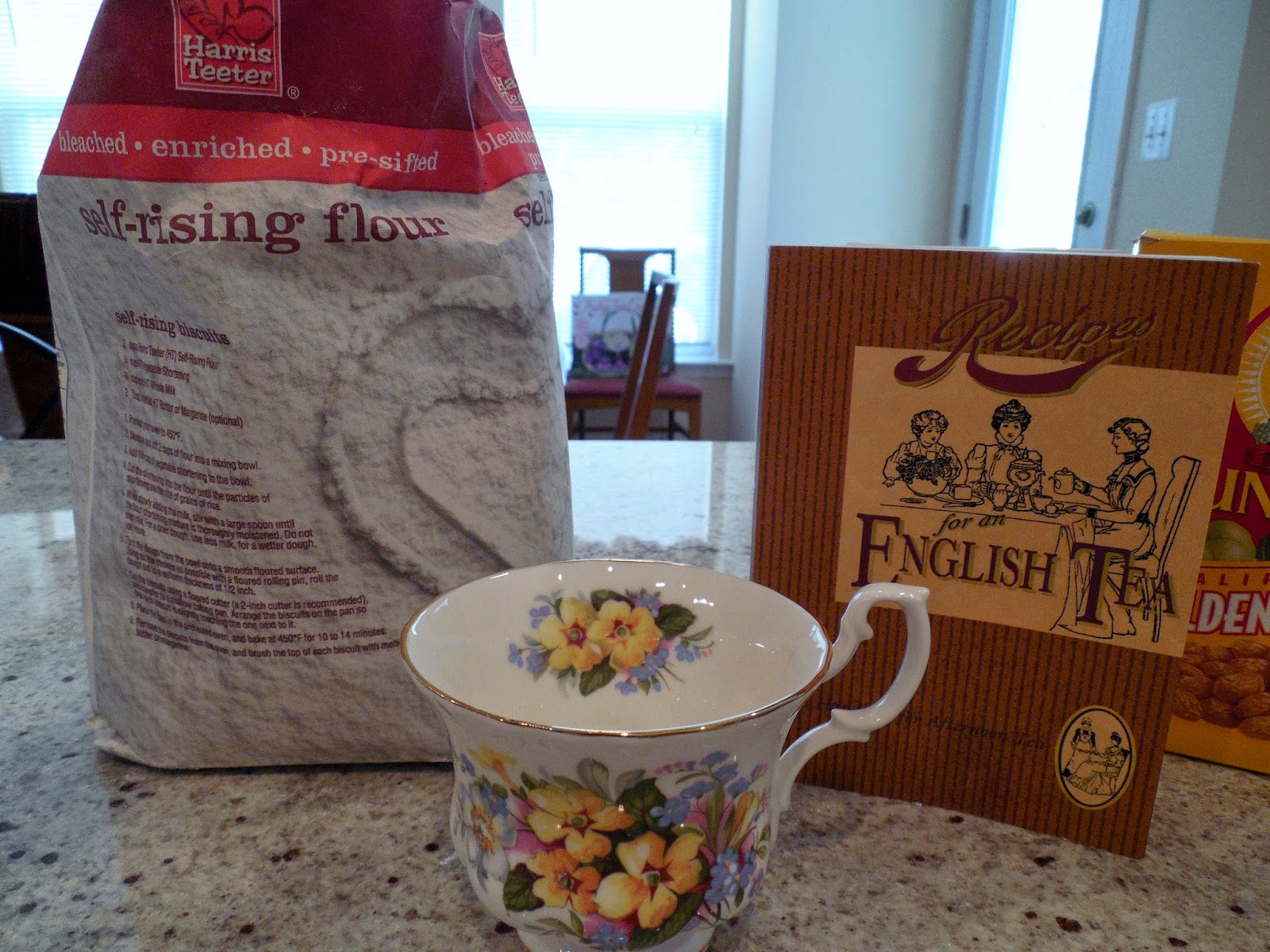 The recipe is measured in teacups!  I must admit I haven't used a teacup for measurements before.﻿ 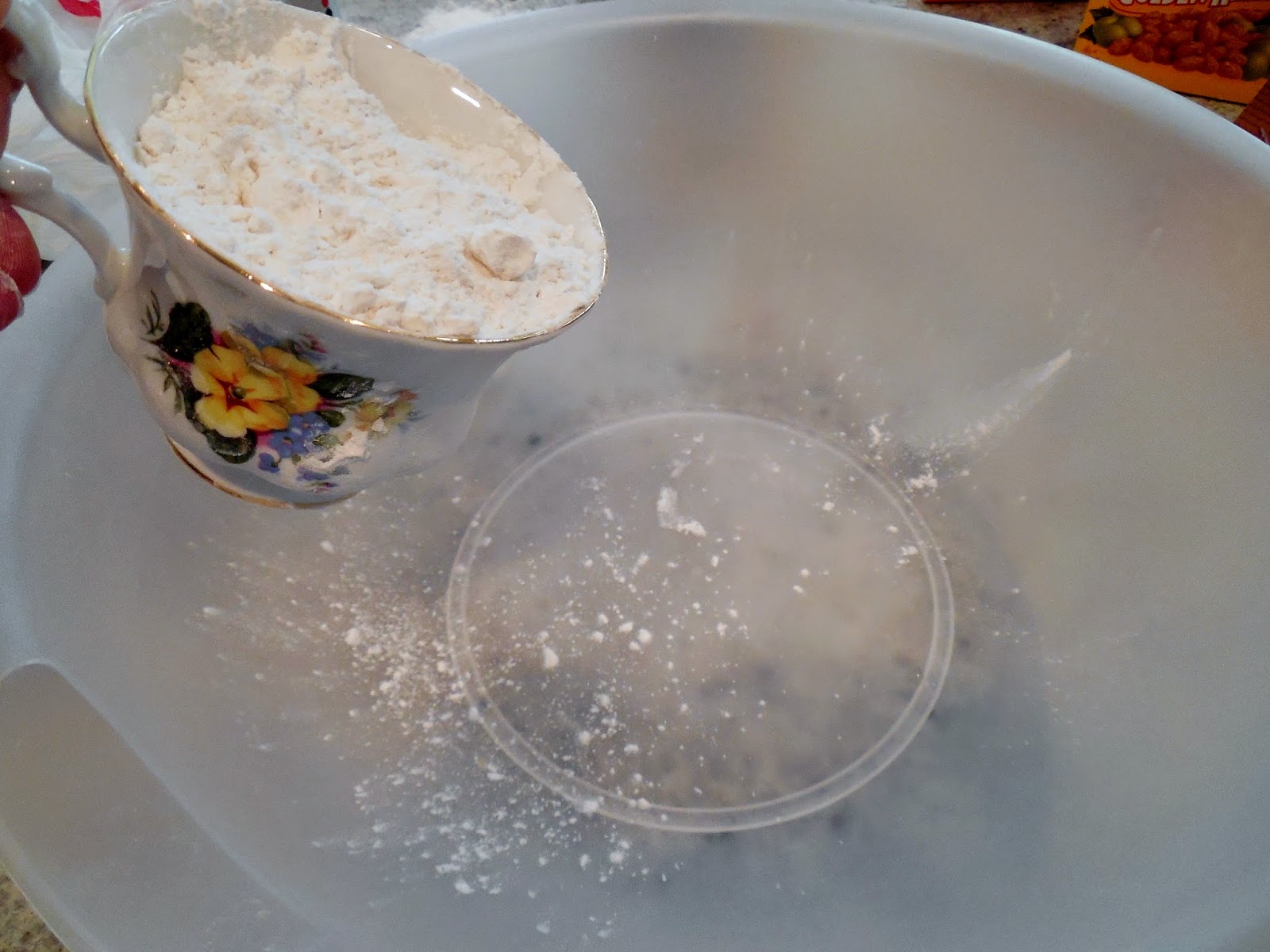 I used a Royal Albert teacup in the Montrose shape.
﻿ 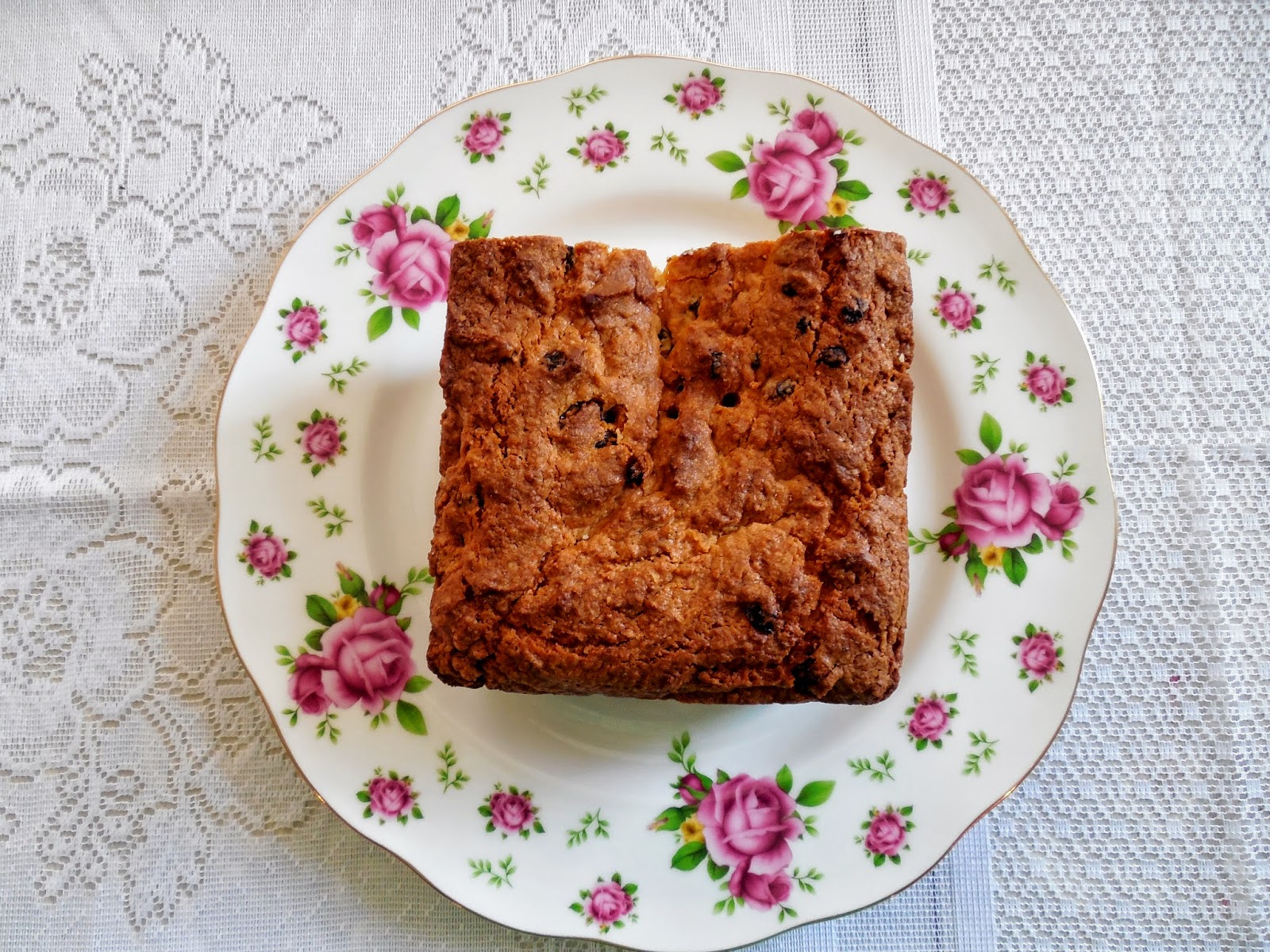 (half of the loaf...the other half had already disappeared!)
Here is the original recipe in the book:﻿ 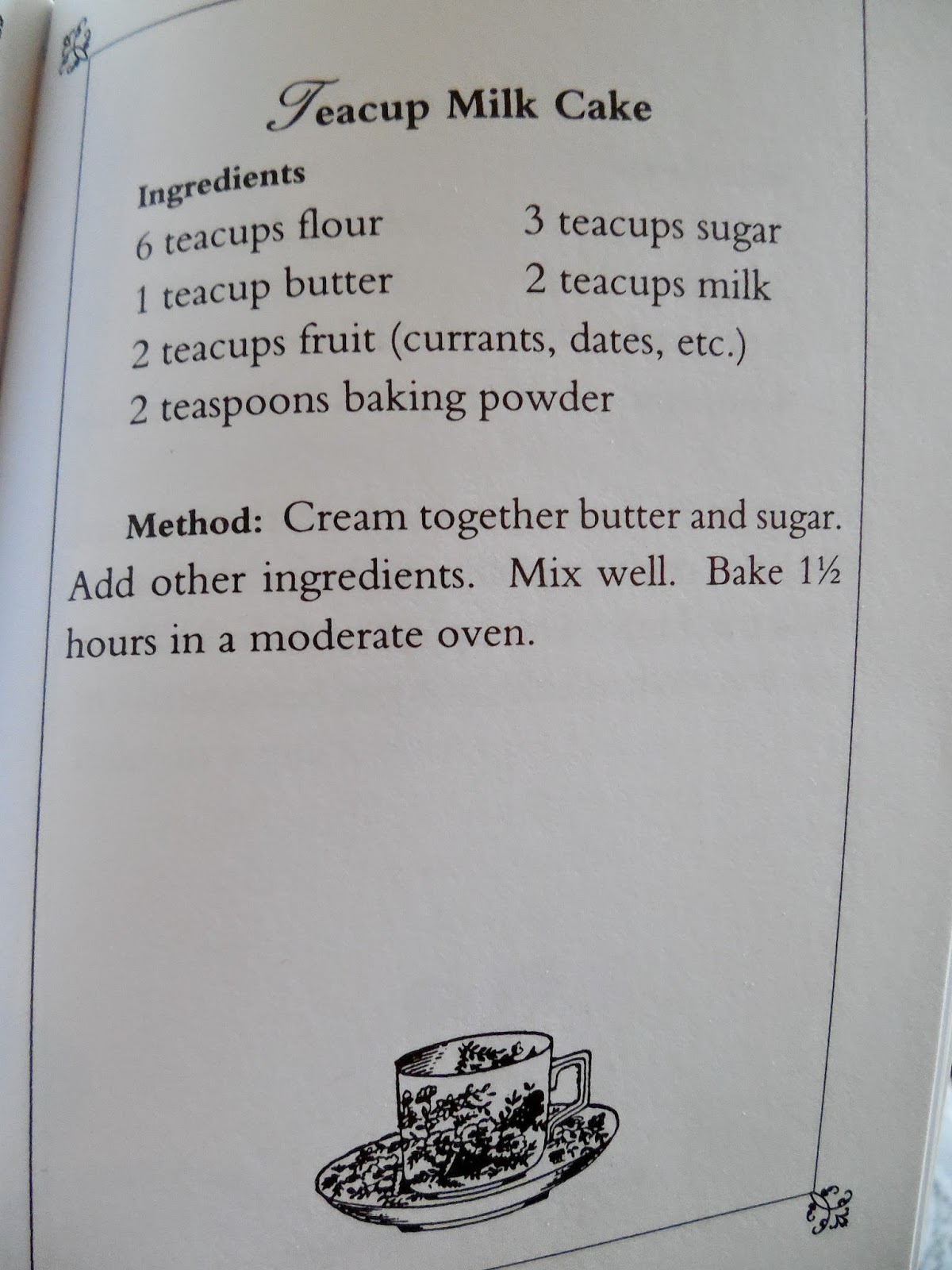 I did make a couple of changes.  First, I halved the recipe and it was just enough for one loaf.  Here is what I did:
3 teacups self-rising flour
1 stick butter
1 and 1/2 teacups sugar
1 teacup milk (I used skim with a little bit of cream added)
1 teacup mixed currants and golden raisins
Preheat oven to 350.
Cream together the butter and sugar.
Add other ingredients and mix well.
Additional milk may be needed if too dry.  I added it by the tablespoon as needed.
Cook for 1 1/2 hours
It was good plan or with a little butter spread on top.﻿ 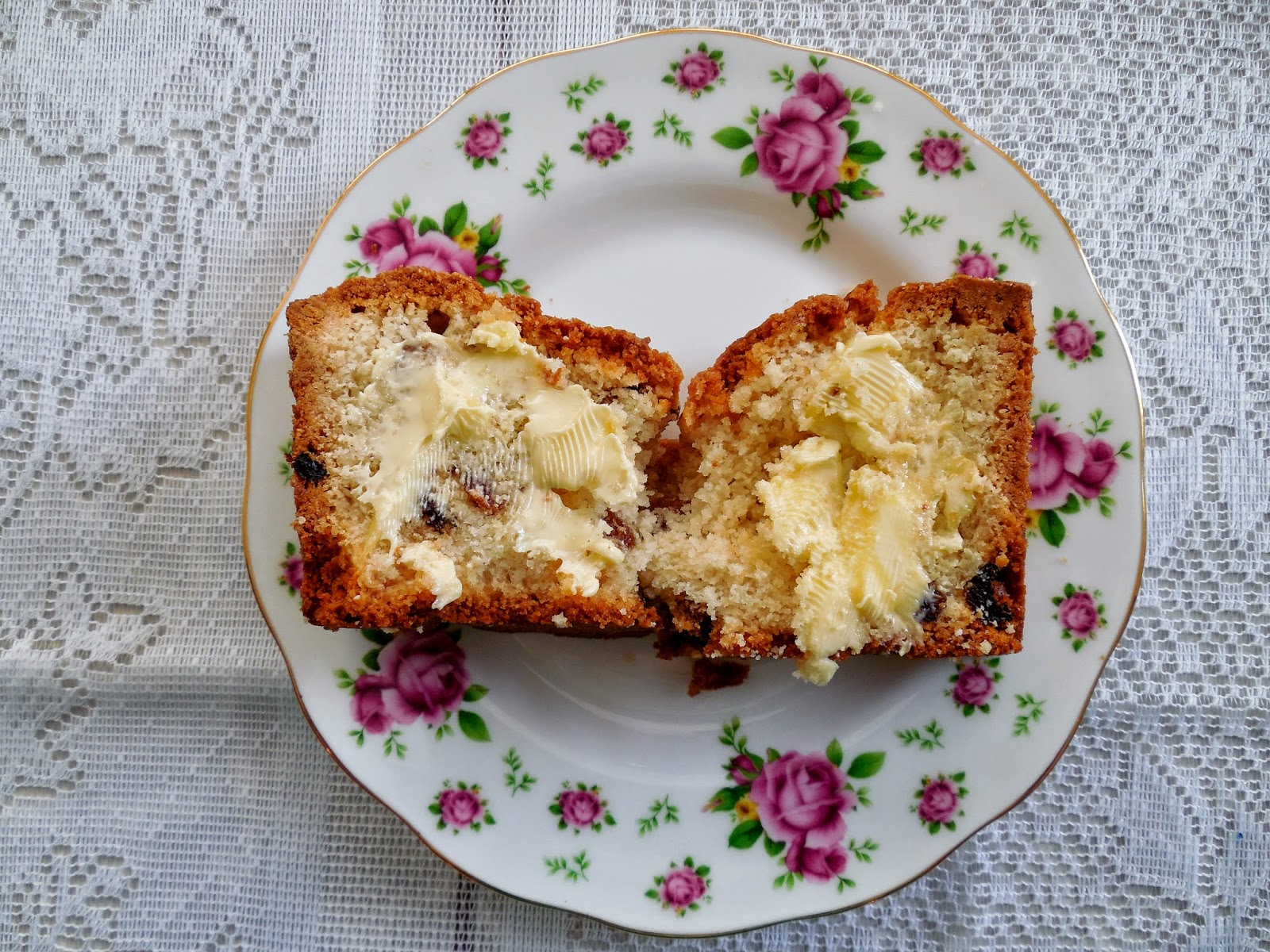