At my Mardi gras tea party on Monday, I served Cajun inspired dishes that I will share the recipes for today  Here is another look at the menu: 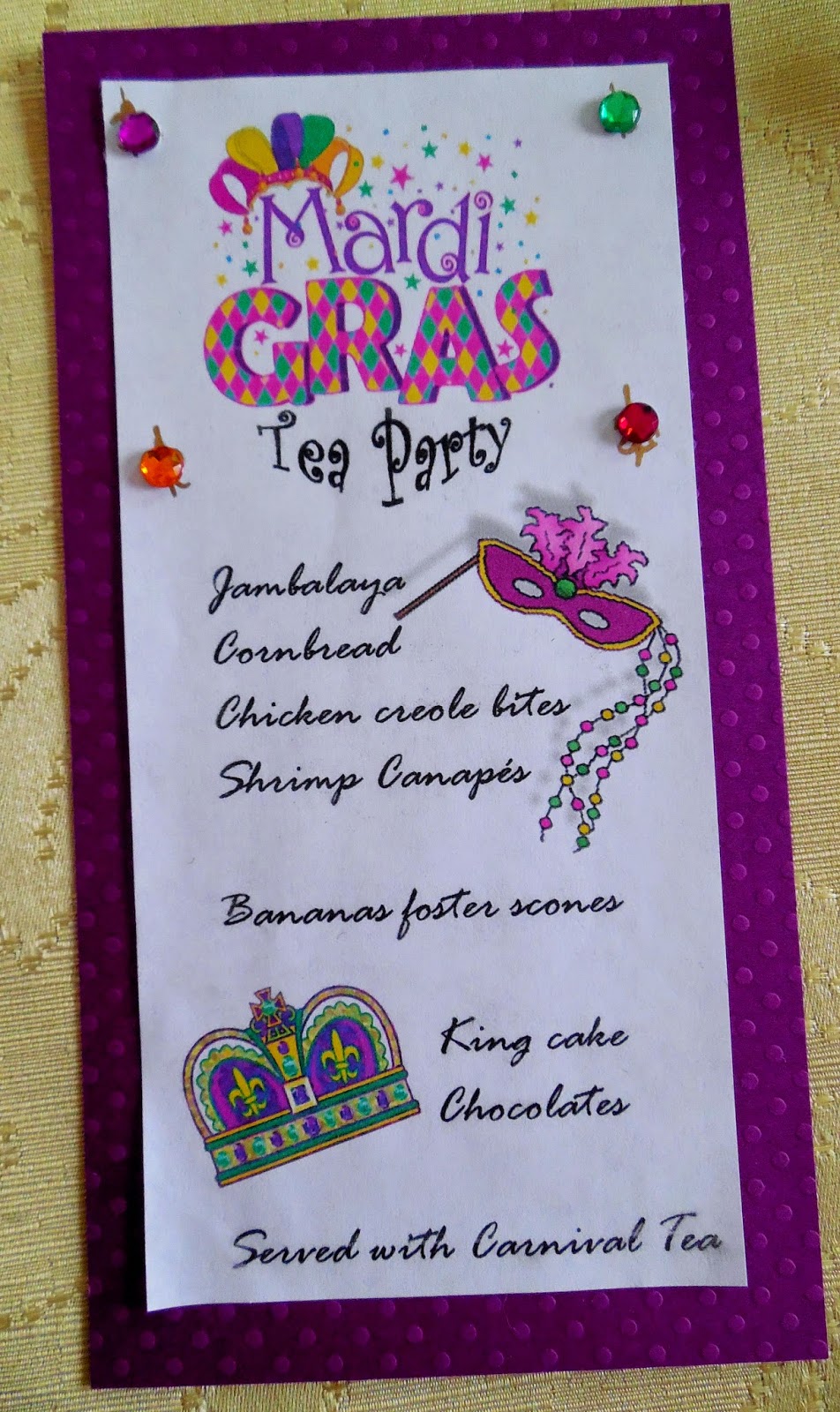 I will admit, I cheated quite a bit with this party by not making everything from scratch, but it made it way easier to put it together!  For example, the night before I made some cornbread just by using a Jiffy mix and my mini-muffin tins.

That was one savory down!  The rest did require a bit more effort, however. 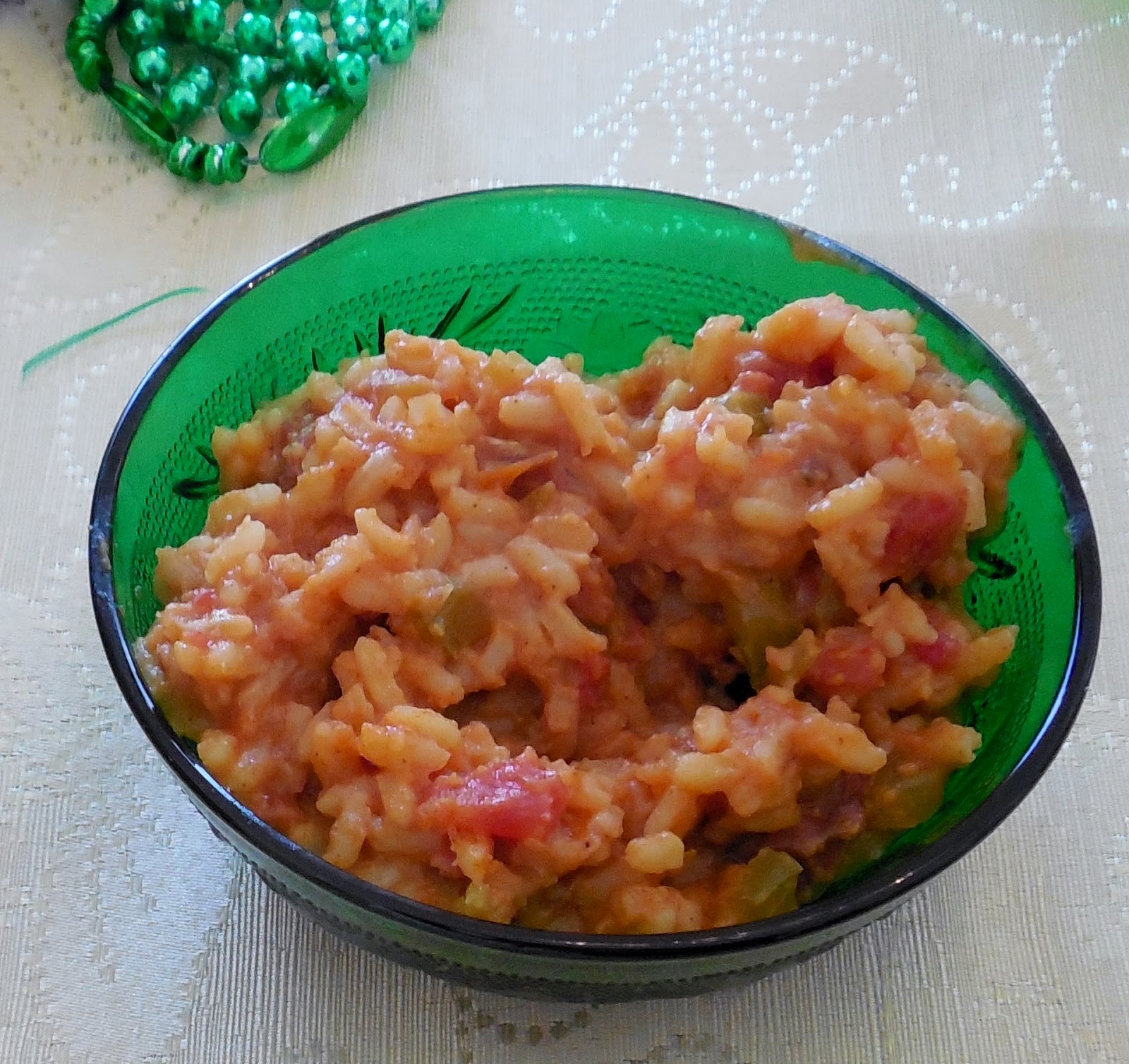 For the jambalaya, I started with two boxes of Zatarain's mild jambalaya mix.

I made the mix as instructed on the box, but added:
Two Hillshire Farms kielbasas (cooked for 5 minutes in the microware and then sliced) and
Two cans of petite diced tomatoes.

While the rice mix is cooking on the stovetop, make the "holy trinity" of Cajun cooking by sautéing in a large frying pan in about 2 tablespoons of butter over medium-high heat:  (1) 3 stalks of celery, minced; (2) 1 medium sized yellow onion, minced; (3) 1 large green pepper, minced.  To this combo  add 3 garlic cloves, minced, and sautée until the celery, onion, and green pepper is soft.

Once the rice is done to the box instructions (it took me a little longer for a double batch--probably about 35 minutes), put the jambalaya in a crock pot set to warm.

Take 2/3 of the celery/onion/green pepper mixture and add it to the jambalaya in the crockpot.  Reserve the remaining 1/3 of the mixture in the frying pan.

***If the mixture starts to look dry while you are preparing other foods, add some chicken broth. 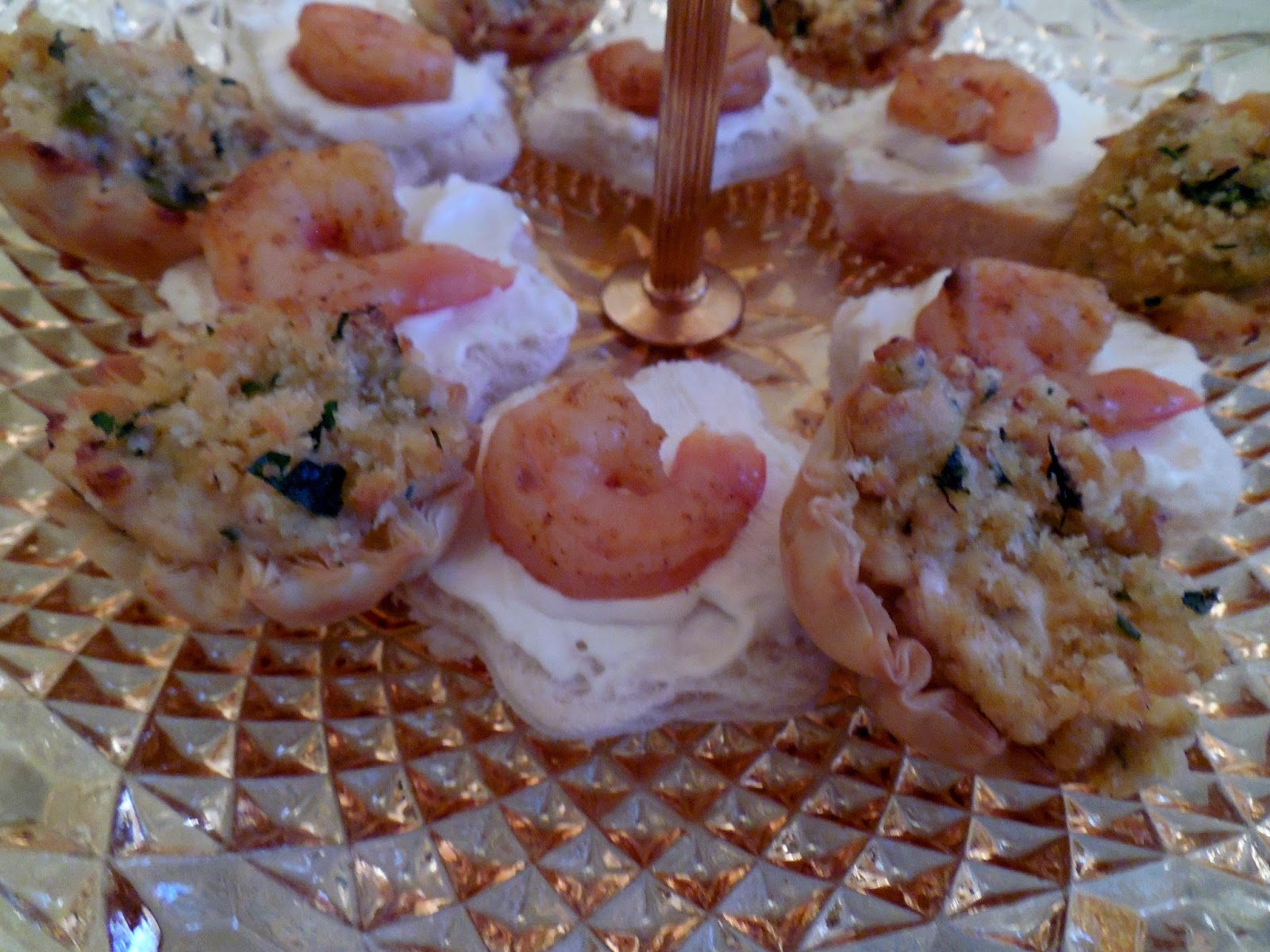 This recipe was inspired by Paula Deen's shrimp creole tarts found here. The bites use mini phyllo shells that should be removed from the freezer to defrost while preparing the filling.  This recipe makes around 45.

I bought a whole rotisserie chicken the night before the party, and removed the breast meat, cutting it into small pieces and putting it in a gallon freezer bag.  The day of the party I added almost all of that meat to the mixture.  Remove the mixture from heat.

Place phyllo shells on a baking sheet covered in tin foil.  Fill with filing and top with a pinch of the topping.  Bake in a 400 degree oven for 15 minutes. 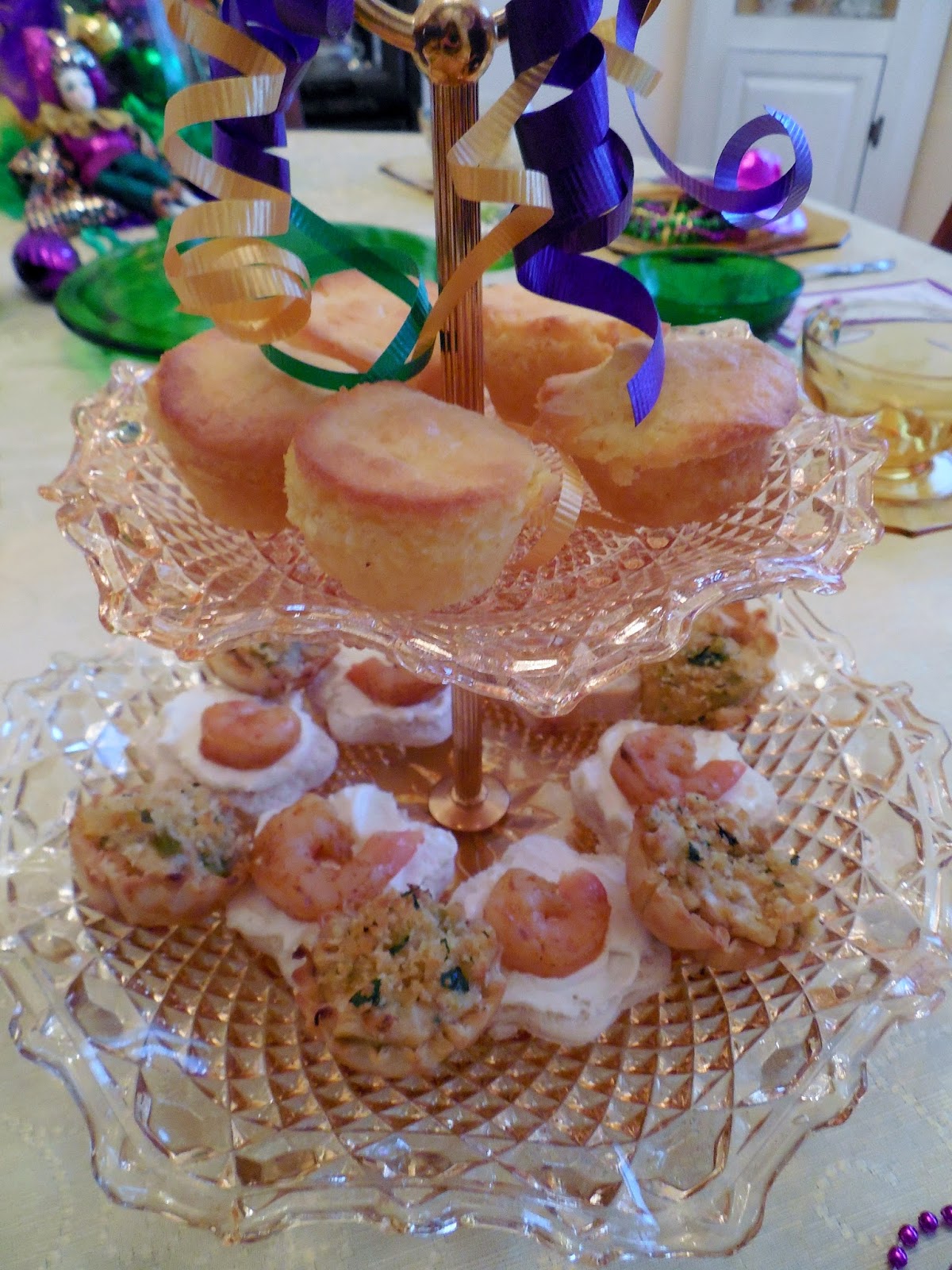 For the shrimp canapés, I used a nice quality white bread and cut it into the shape of flower with a cutter roughly 2 inches in diameter.  I spread on top of the flower softened cream cheese.

I bought some frozen pre-cooked medium shrimp, and defrosted the amount needed for the party in hot water.  After they were defrosted, I added a tablespoon of butter to a frying pan and (once melted) added the shrimp.  I sprinkled on a little Cajun seasoning on one side of the shrimp, and then flipped the shrimp.  I sprinkled the Cajun seasoning on the other side, and flipped the shrimp again.  I removed them from heat and placed them on top of the cream cheese after removing the tails. And there you have all the savories!  In my next post I'll share the recipe for the bananas foster scones.
Posted by Carrie at 10:40 PM