For the dessert at my Mardi Gras tea, I served mini-king cakes. 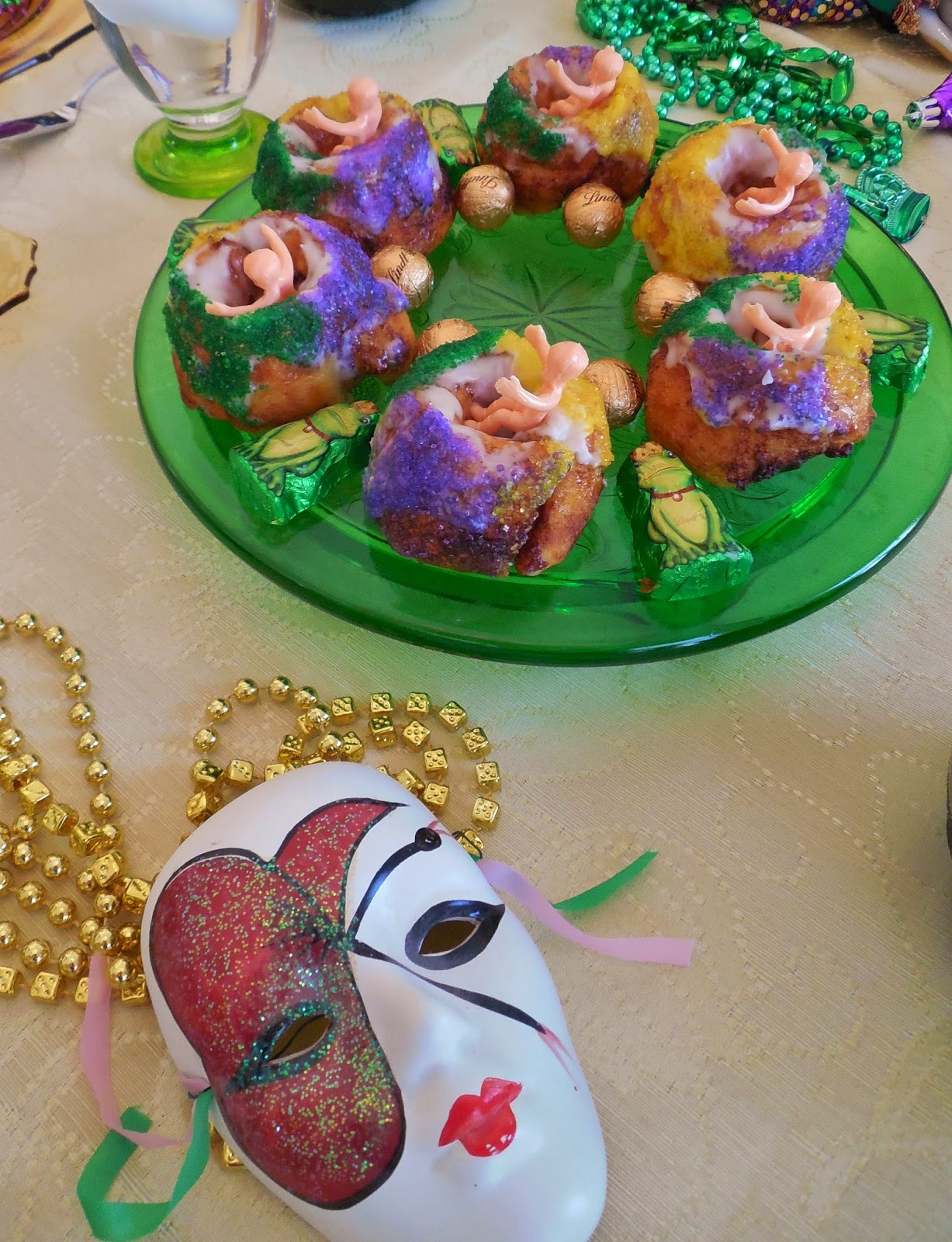 These little cakes are extremely easy.  as I mentioned on the main post, king cake is really more of a bread than a cake, and a cinnamon bread at that, so...I just used a roll of Pillsbury Grands Cinnamon Rolls.

(picture from Pillsbury website)
To make the little cakes, I unwound each of the cinnamon rolls.  I placed the dough in my mini-bundt pan wells until the ends slightly overlapped, pressing down.  I cooked the buns for about 15 minutes at the temperature instructed on the package.  After they were done, I cut off part of the bottom so it would lay flat.  One roll made 12 mini-cakes.
Icing is included in the package so I spread it on the warm mini-cake.  I poured onto plates colored sugar in green, purple, and yellow (separated of course).  I pressed a portion of the top of the cake into each color.  And that's it!    I did have to make a little extra icing one time, but not another, so it depends on how generous you are with the icing.  I just made a normal confectioner's sugar with a bit of milk icing, although I think the icing for king cakes do sometimes have lemon juice. 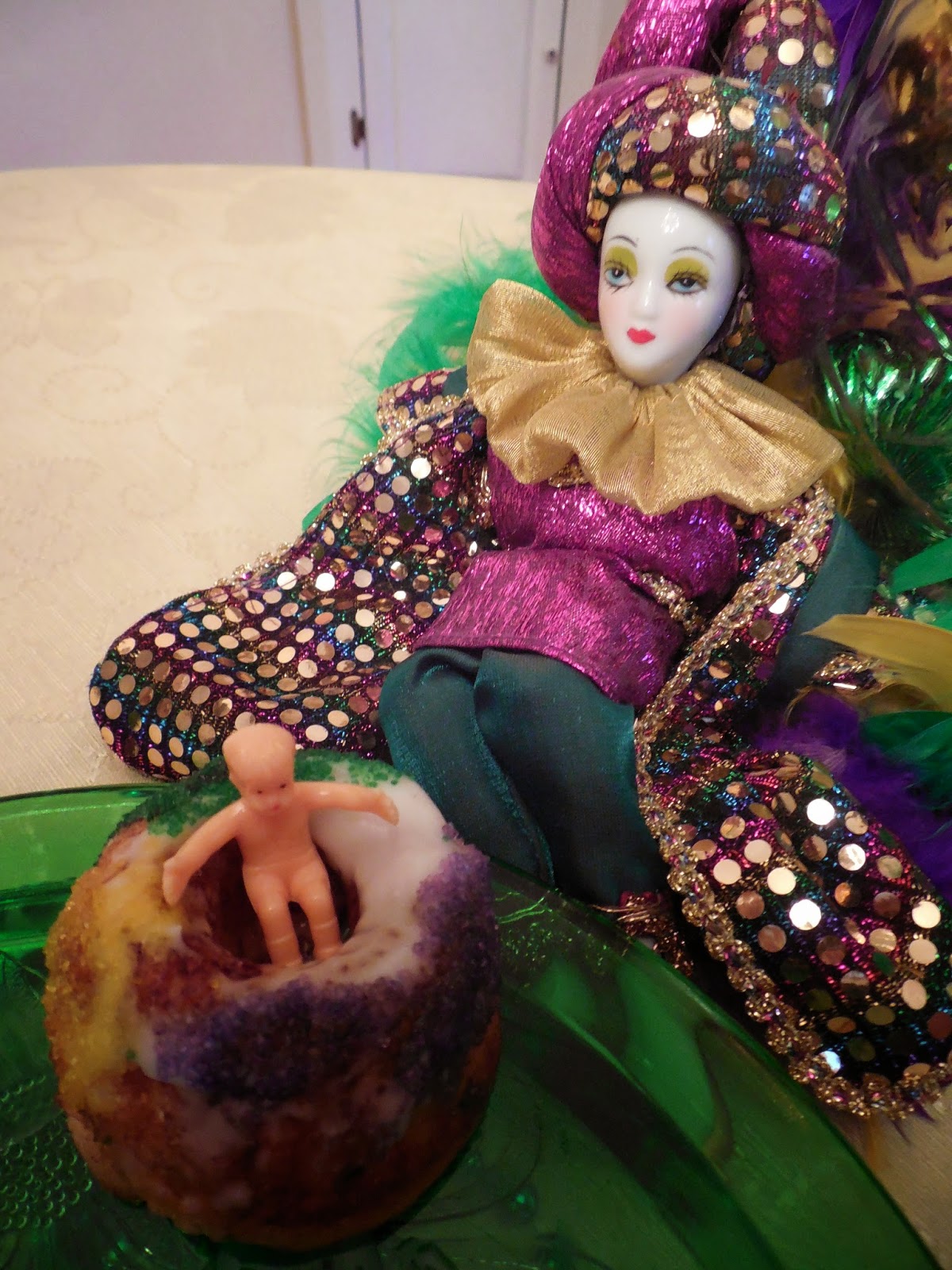 Thanks for checking back in this week!  I hope you enjoyed my Mardi gras party.  ﻿
﻿
Posted by Carrie at 10:15 PM