Epcot and the Food and Wine Festival

I lost this post the first time I tried to publish it, which was pretty frustrating, but I thought it would give it one more try.  Today we travel to Epcot and the special fall even there--the food and wine festival!
﻿ 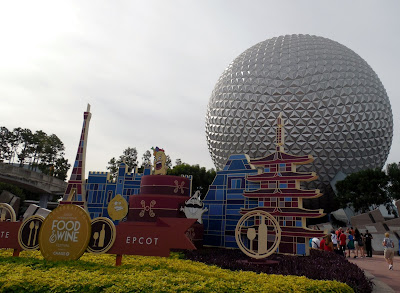 There were all sorts of different stations set up around the world showcase portion of Epcot with foods (and drinks) from countries all over the world. 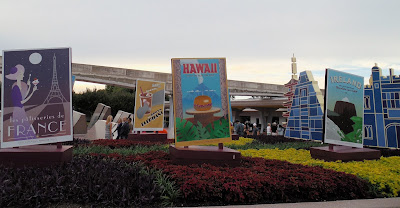 Placement of the booths didn't always make sense geography-wise, but it was like a culinary surprise around every corner. So lets begin where all great culinary journeys should start...with dessert! 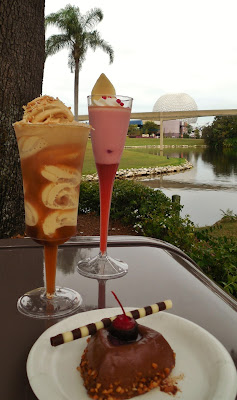 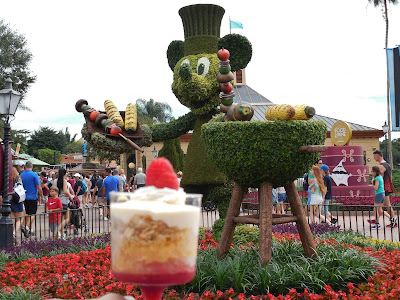 whiskey soaked cake with lemon cream and toasted oats...very yummy!
Next up, are the first "hard" beverages of the day--four different types of cider:  raspberry, pear, elderberry, and pumpkin.  I really liked the elderberry, which I had never tried before.﻿ 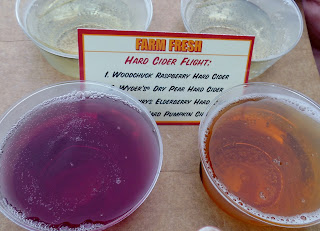 We passed three other country stations,  before reaching the very first country of the world showcase--Mexico! 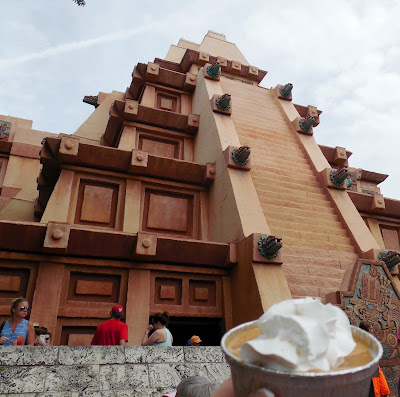 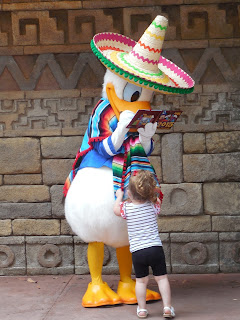 (and here is Three Amigos Donald--one of my favorite Epcot rides)
The next food station wasn't until the next World showcase country--China, where I got a jasmine bubble tea!﻿ 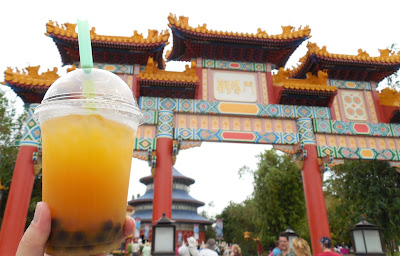 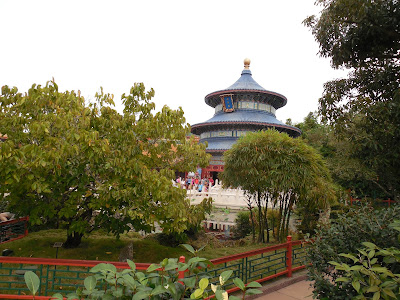 Right outside of China was the South Korea food station, where my sister tried the soju banana milkshake with ginger. 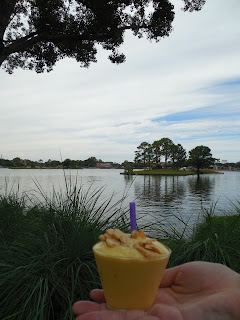 I was not a fan.  We continued on, stopping at the Africa station where we did get some snacks, before we entered Germany and our next food station stop for a bratwurst in a pretzel roll, which was delicious, but unfortunately I was too busy eating to take a picture.﻿ 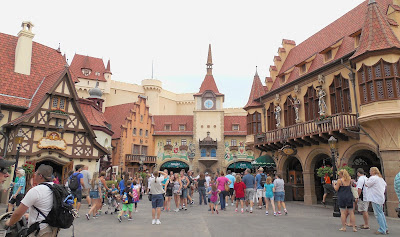 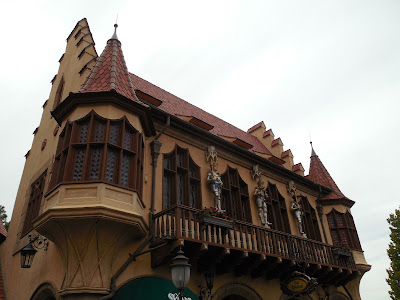 On our way out of Germany we passed the Poland station, where we stopped to get a frozen szarlotka, apple pie with vodka.﻿ 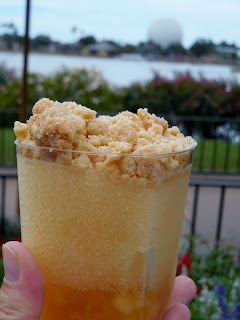 Next we crossed into Italy.﻿ 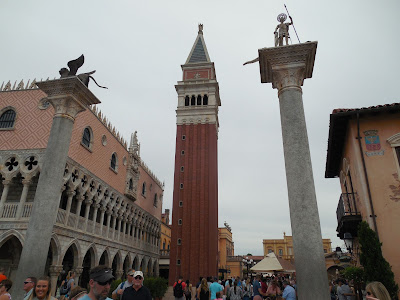 You know, I don't think I ever realized that Epcot's Italy is a replica of Venice, but now that I've seen the real thing, it was even more fun to wander through and recognize buildings.
﻿ 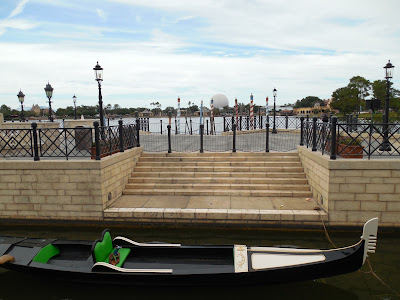 (although, you would have thought the gondola would have given it away if I had paid attention)
On the other side of Italy we passed into the American Adventure, where we got mini lobster rolls--delicious!﻿ 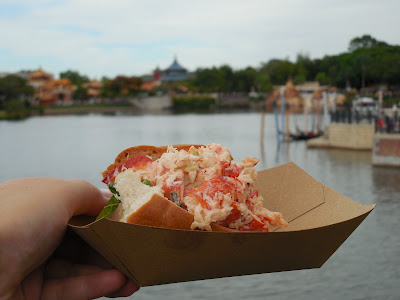 We next passed through the world showcase Japan, 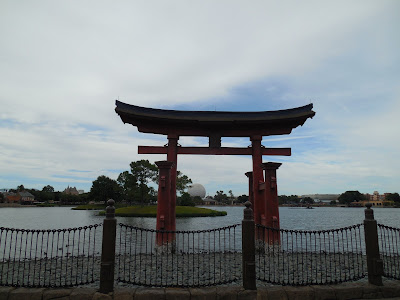 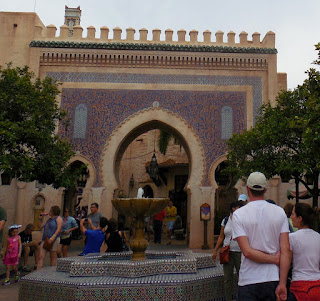 followed by a walk through France, 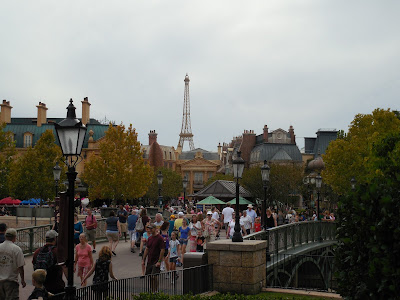 until we crossed into England, where my favorite Epcot store is located--Twinings Tea! 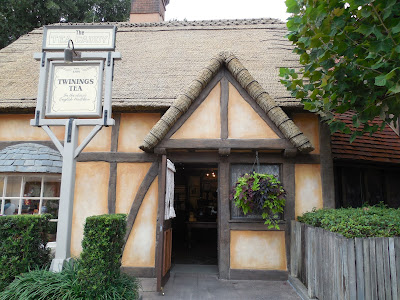 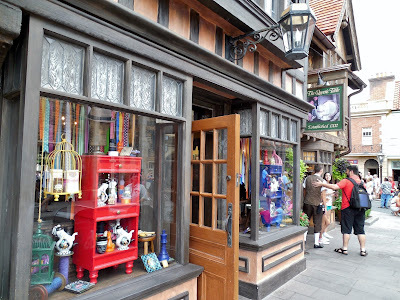 This time the adorable tea cozies caught my attention. 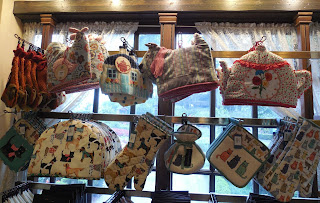 At this point we had reached our last food station stop, Ireland, where I got the warm chocolate pudding with Irish cream liqueur custard.  That was just as good as it sounds :).﻿ 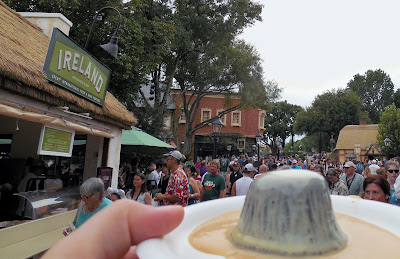 After all this food (including a bunch I didn't even mention), I thought the proper theme for this festival would quote Alice in Wonderland (especially appropriate since Alice hangs out in front of Twinings Tea):  We are all mad here after trying all that food! 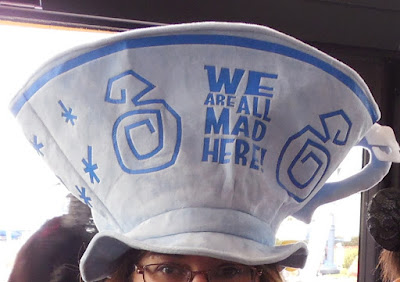