Yesterday was a day of wayfaring.  It started with a phone call to my parents to ask if they wanted to go on a road trip to Warrenton, Virginia.  Warrenton has a small "old town" area with fun restaurants and stores.  We inevitably end up going there on Sundays when most of the stores are closed, but yesterday was such a nice day, we didn't even care.  Warrenton will definitely show up in a post at a later date...it isn't that far from my house and has a tea room I have never been to :).

But I digress.  Warrenton also has an antique mall where I have found some really great finds.  And here is where the coincidence of the day happened...my mom called the below to my attention: 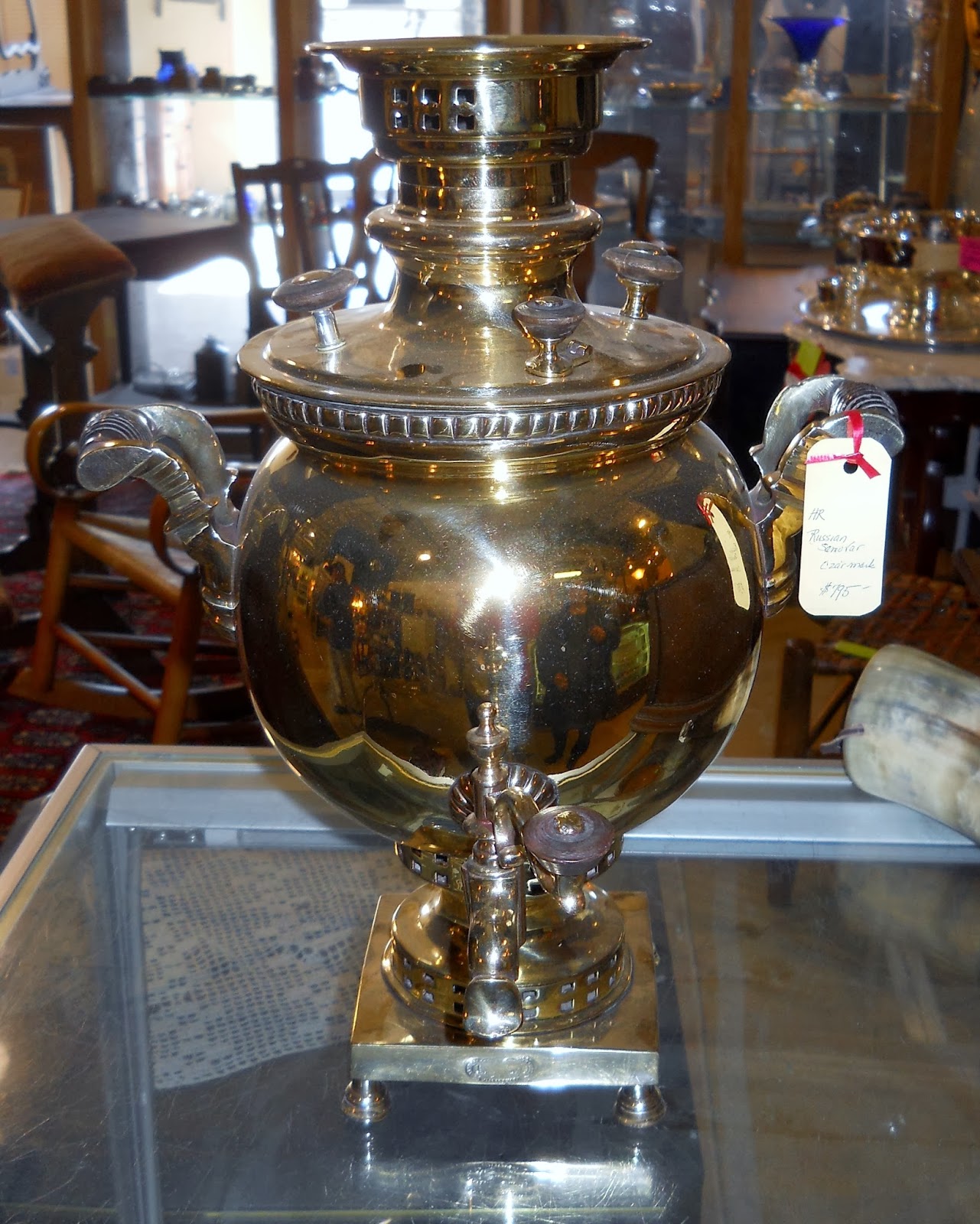 A Russian samovar!  I walked right by it without seeing it even though I had written about it just a couple of hours before.  It was pretty big!  This one was listed for $795, so it was expensive, too.  Isn't it fun when happenstance happens :)?
We were on our way back to my house when we passed an odd sight in the parking lot of a bank.  It was a tiny brick building that turned out to be a drive-thru cheesecake bakery!  We'd never seen a cheesecake drive-thru before and had to stop.
﻿ 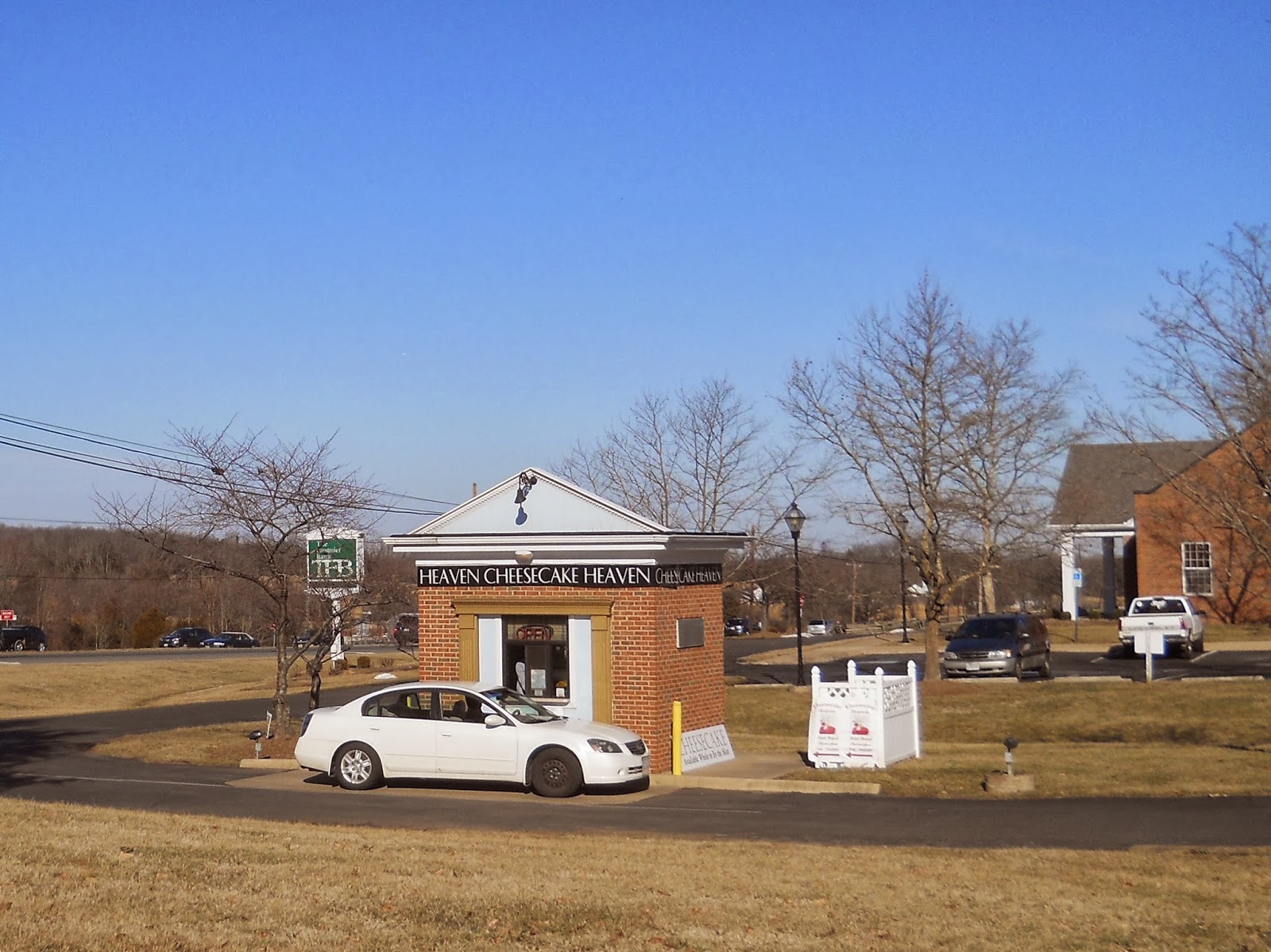 The store is called Cheesecake Heaven and it is definitely aptly named.  The cheesecake was to die for!  We got three pieces and shared them so we could try the different flavors.  When I got back to my house, I made a pot of vanilla Earl Grey and we had a dessert tea of Irish Cream, White Chocolate Raspberry, and Key Lime cheesecake bites.  ﻿ 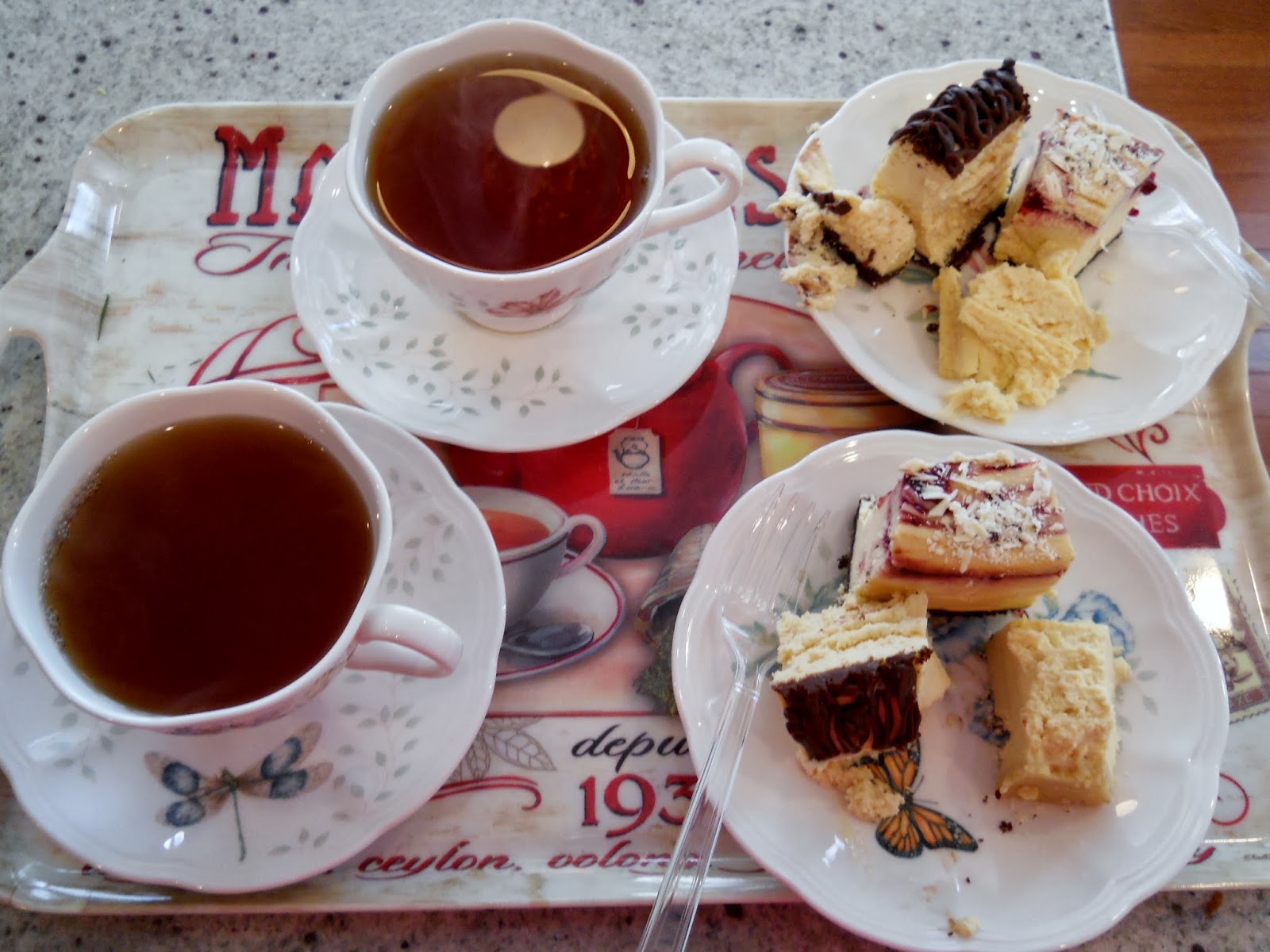 It was a great way to spend a beautiful Sunday afternoon.
Posted by Carrie at 8:48 PM