Tonight I am watching the last episode of Sherlock Series 3.  If you aren't familiar with Sherlock, it is a British show about Sherlock Holmes (go figure) living in modern day London.  Benedict Cumberbatch plays Sherlock and Martin Freeman plays Dr. John Watson.  Now, as a stereotypical British T.V. show, tea shows up in every episode.  Usually, it's a mug made by John, but every now and then there is a special moment.

In Series 2, Jim Moriarty (Sherlock's arch enemy) shows up at Sherlock's flat--unexpectedly to the audience.  Sherlock, because he is Sherlock, is expecting him so, what does he do: 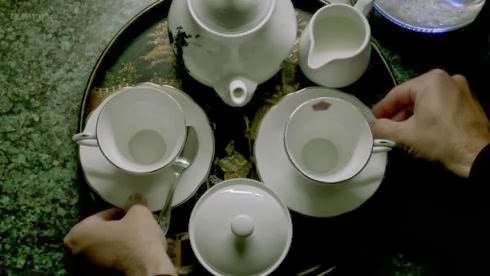 Prepare the tea tray!  When Jim shows up, he serves him tea from bone china cups, complete with creamer and sugar bowl.  You never see Sherlock making tea in the show, but for Moriarty--tea is served. 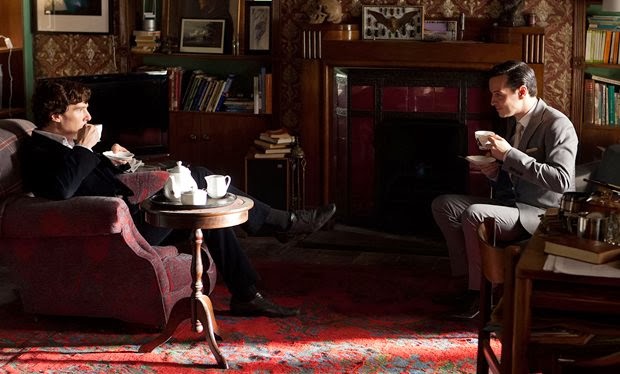 In Series 3, the ritual of tea again shows up.  It's the day of Dr. Watson's wedding and Sherlock is (although he isn't admitting it to anyone) worried that things will change.  Mrs. Hudson, his landlord, comes up and brings him tea. 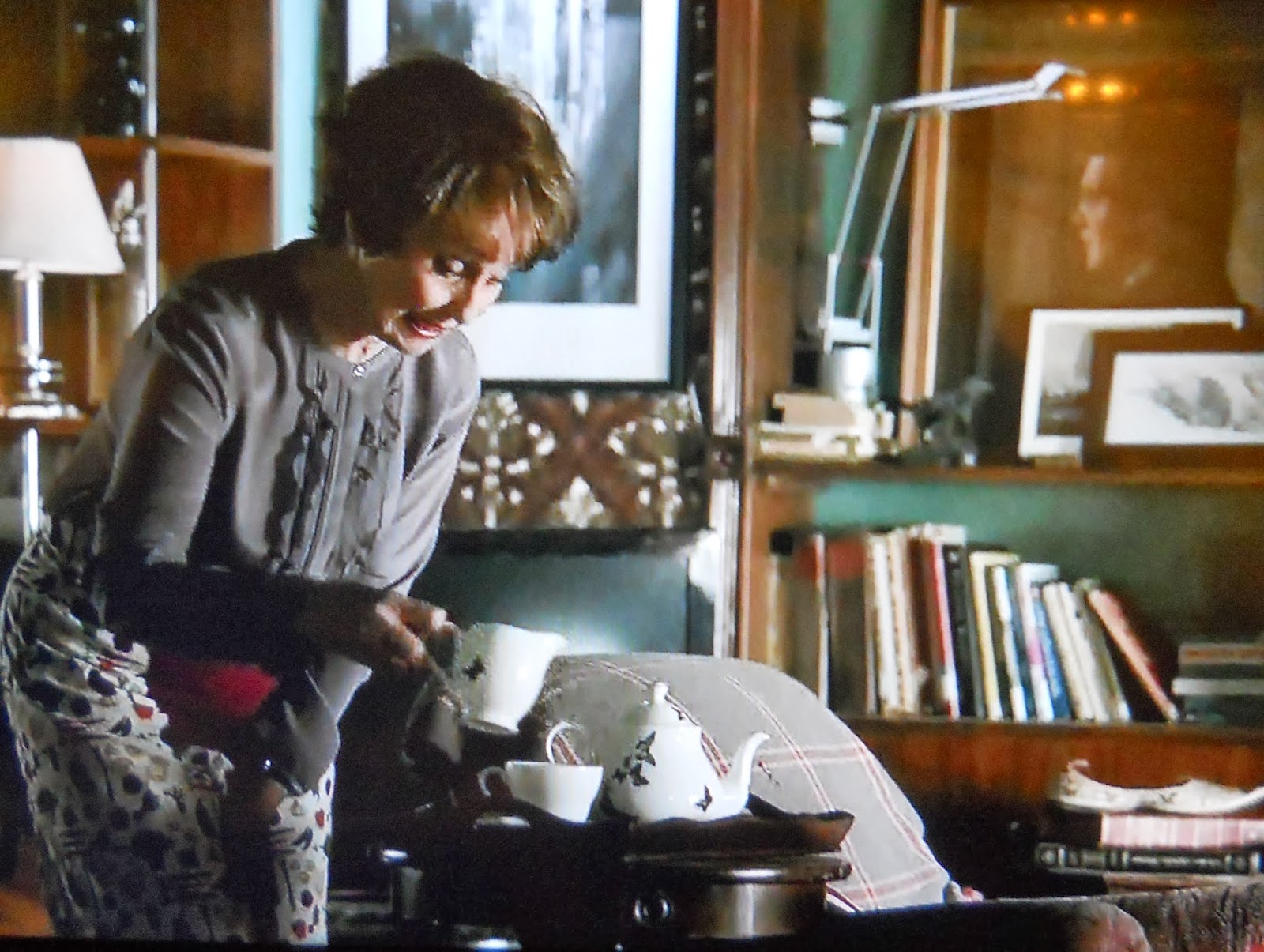 Sherlock:  Why are you here?
Mrs. Hudson:  I'm bringing you your morning tea.  You're not usually awake.
Sherlock:  You bring me tea in the morning?
Mrs. Hudson:  Oh, where do you think it came from?
Sherlock:  I don't know, I just thought it sort of happened.
Mrs. Hudson:  Your mother has a lot to answer for.

Now, I just have to wait another two years for the next season...patience is not a virtue of mine.