Today I went with a neighbor to afternoon tea at the Salamander Resort and Spa in Middleburg, VA.  Middleburg is in Virginia's horse country and is a beautiful drive through rolling hills and horse farms.  The resort is pretty new and is up the street from the town of Middleburg, where Elizabeth Taylor was known to go to lunch when she was married to Senator Warner and lived in the area.  The Salamander first began offering tea this past December. 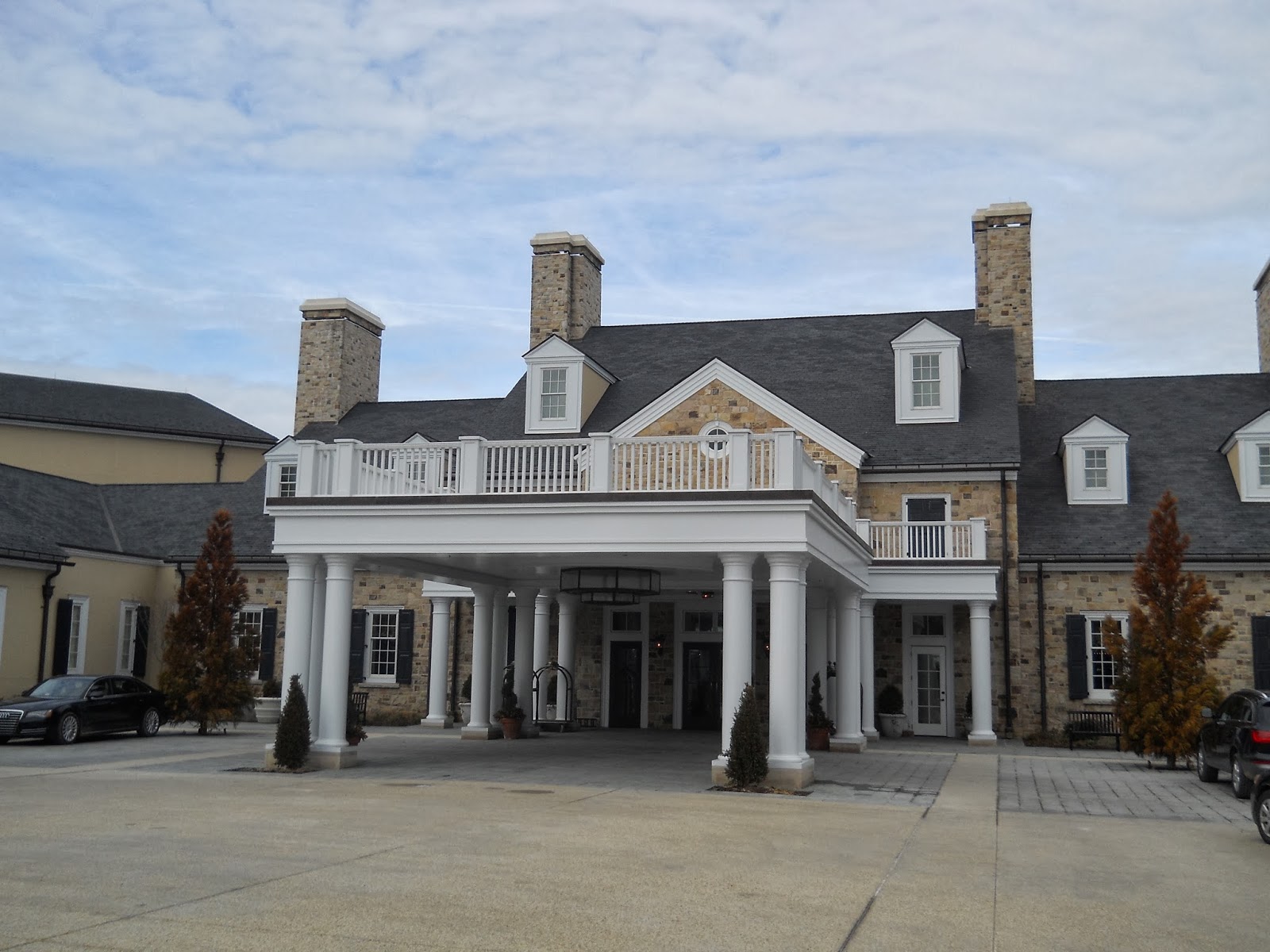 When you walk in through the front doors, it is directly into a large gathering room with a fireplace and large windows looking out into the grounds. 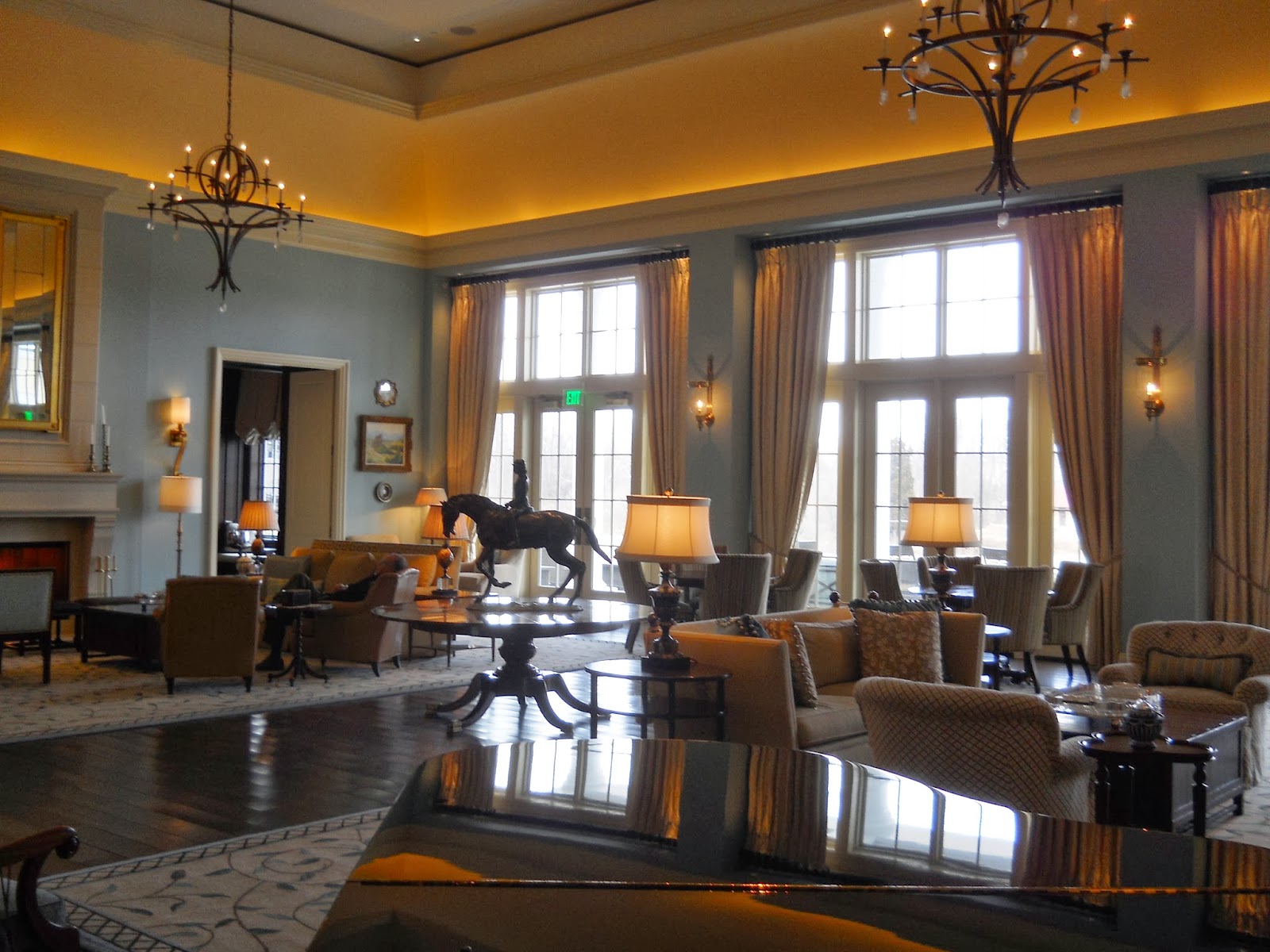 Tea was served in the library, which was set with only a couple of tables, some near couches and wingback chairs.  It really did make you feel like you were in some grand manor's library enjoying tea at the behest of your host. 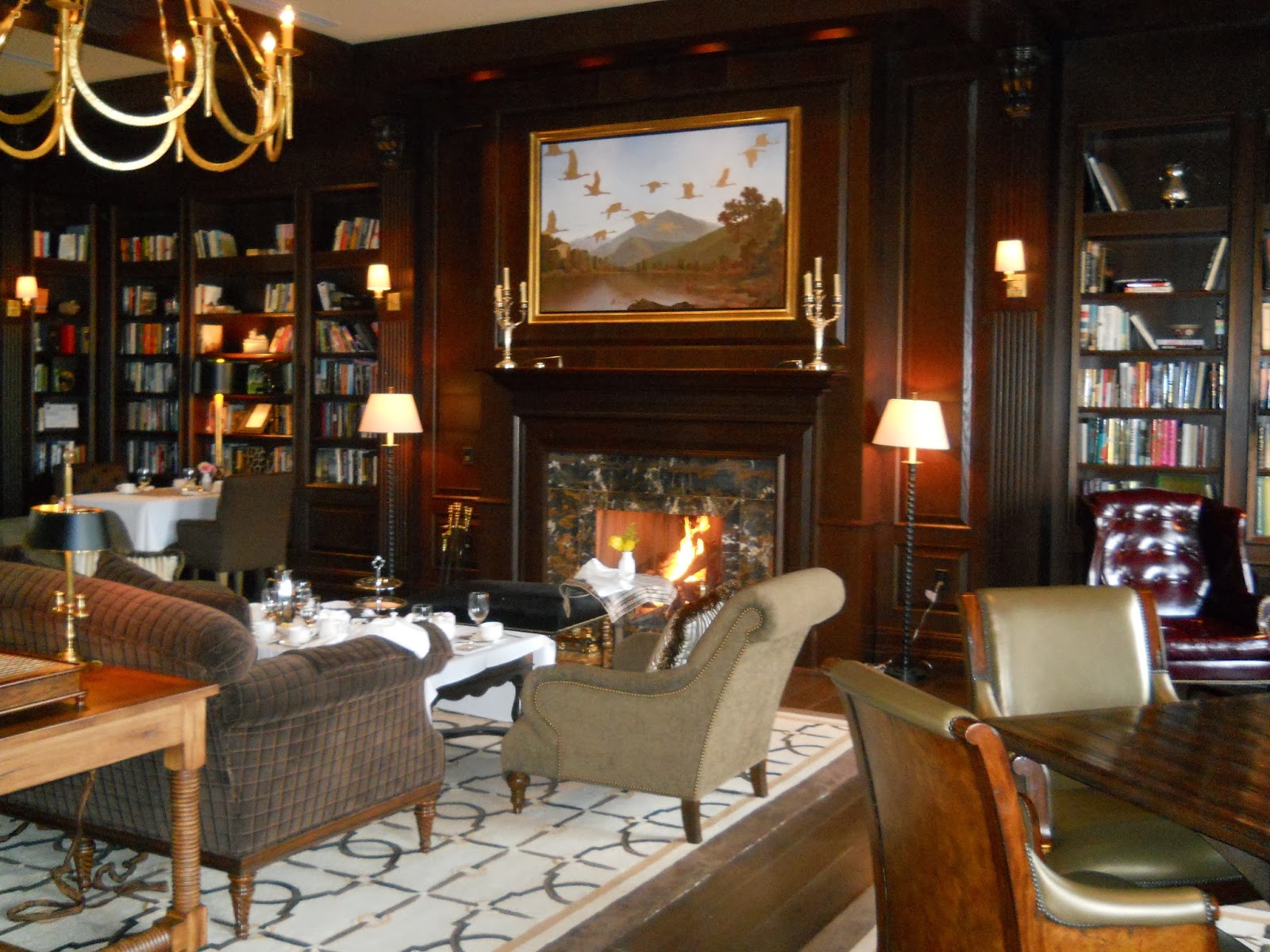 The food was well presented and tiny--but there was a lot of it!  The food was served on a three tiered tray and included the following sandwiches, mostly beautifully presented canapés: 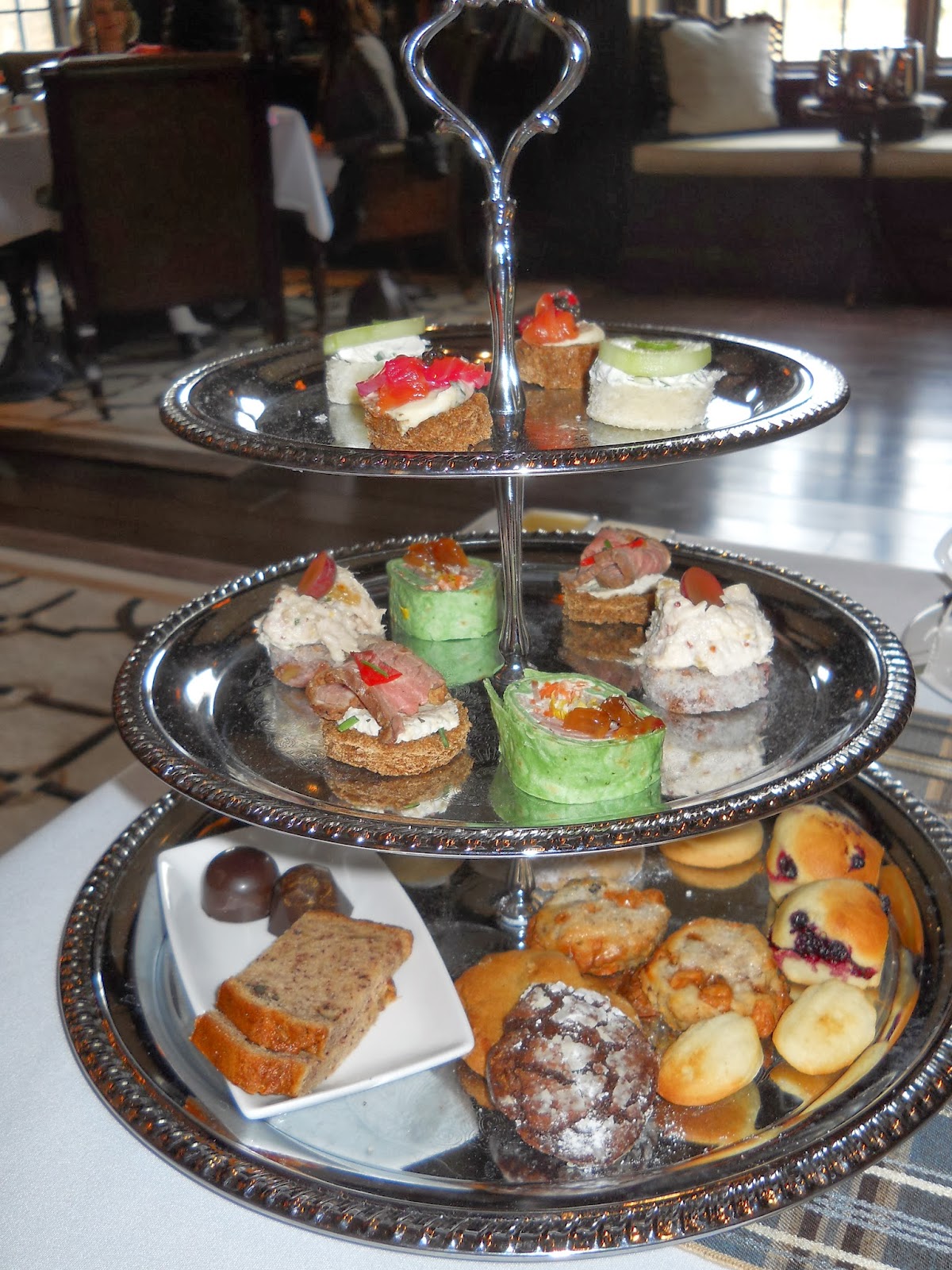 There wasn't a scone course per se; instead, the mini-scones (butterscotch with pecans) were served with many different types of breads as well as mini desserts.  There were tiny wild blueberry muffins, slivers of banana bread, and mini-madeleines.  The desserts continued with fruit tartlets, tiny lemon meringues, chocolate truffles, bite-sized raisin and chocolate cookies, raspberry thumbprint cookies, and Russian tea cakes. 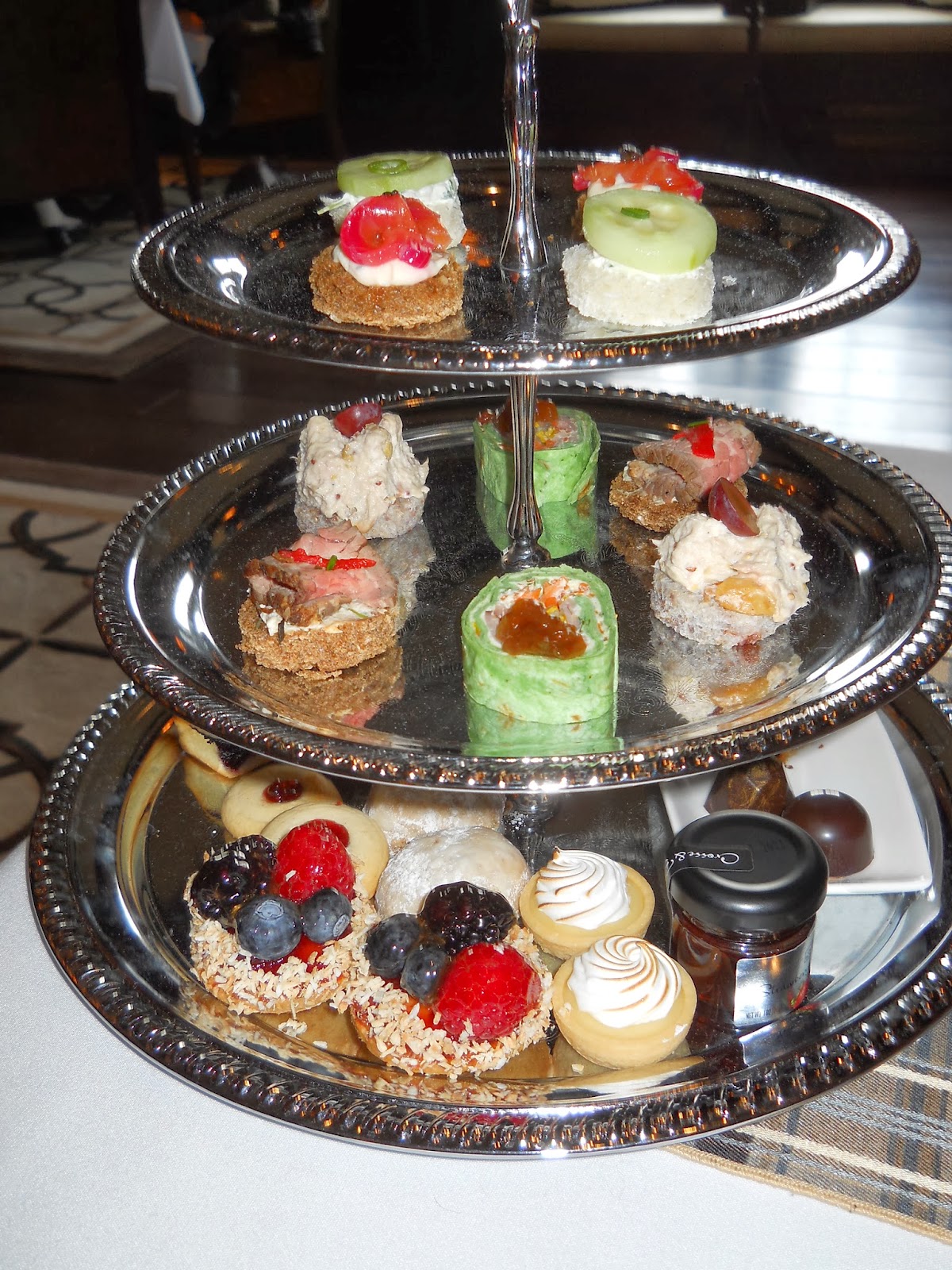 The service was terrific.  The staff came by numerous times to check on us and was very polite.  In fact, my neighbor liked the lemon meringues so much she asked for another and I asked for another scone (they really were very tiny!) and they brought us both one of each, and made sure the scones we got were a bit bigger so we could get a better taste.
The only problem that I had was with the presentation of the tea itself--we picked our bags and they just brought hot water to the table and we steeped it ourselves.  That was awkward because we were left with trying to figure out what to do with the tea bag. 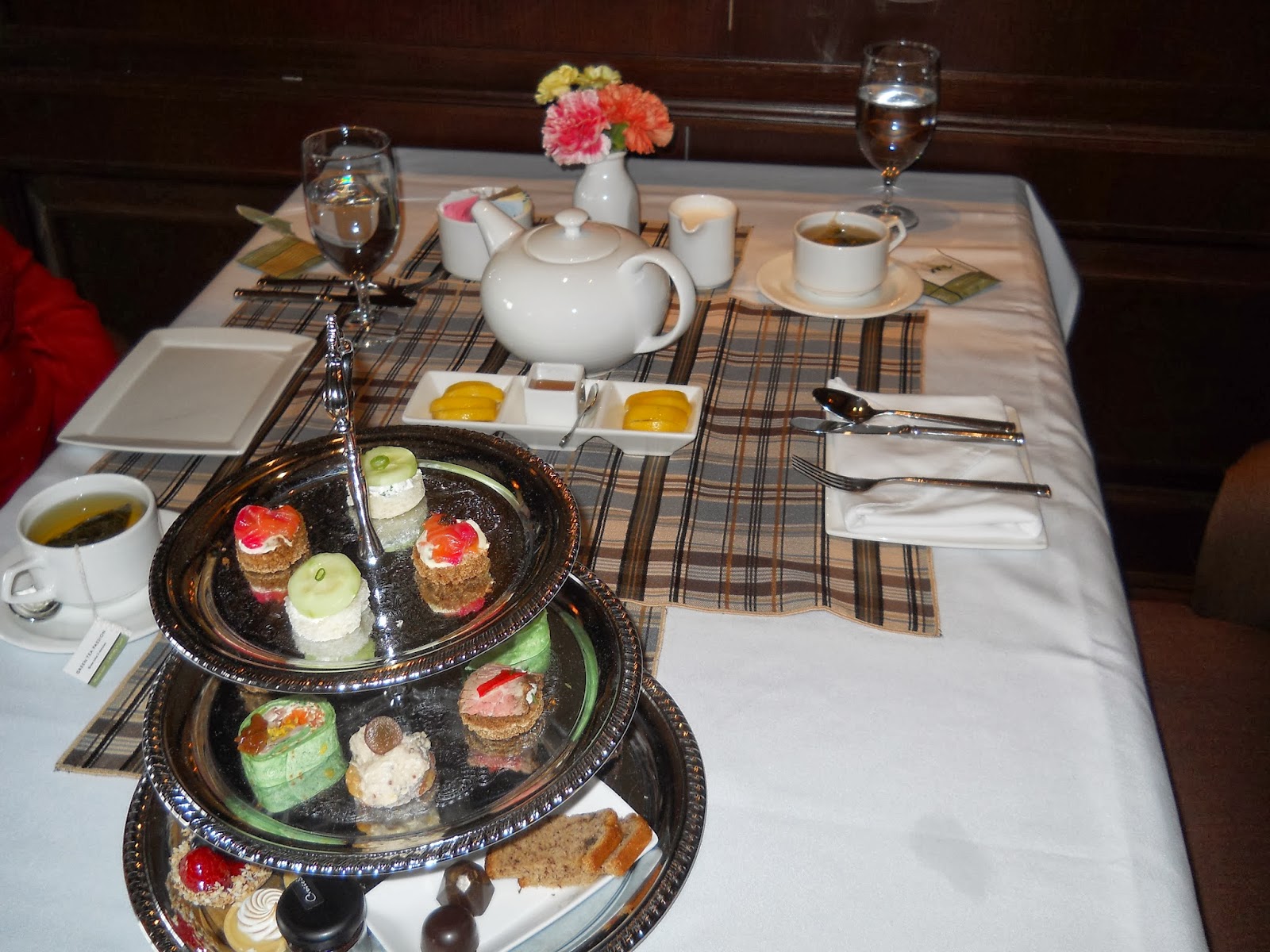 Again, however, the staff was terrific.  When I asked for a new bag after I had made a couple of cups with the first, they brought out the whole chest again and let us choose new ones.  The Salamander offered a wonderful selection of Mighty Leaf tea.  I tried the Orchid Oolong (described as a peaceful floral balance of oolong tea with soft notes of fruit) and the White Lotus (white tea blended with zesty notes of ginger and nuances of citrusy lemon myrtle).  Both were delicious, but I especially enjoyed the Orchid Oolong.  ﻿

Overall, it was a wonderful experience and I would definitely recommend it!  Beautiful setting and presentation (of the food).
Posted by Carrie at 10:27 PM