Hmm...how to start my countdown to St. Patrick's Day?  How about in Ireland!  I thought I would share some of my pictures from my visit to Ireland last year...including a stop for tea.

I visited the UK and Ireland on a Globus trip.  This trip to be exact.  My first day in Ireland started in Waterford, where we went to the factory. 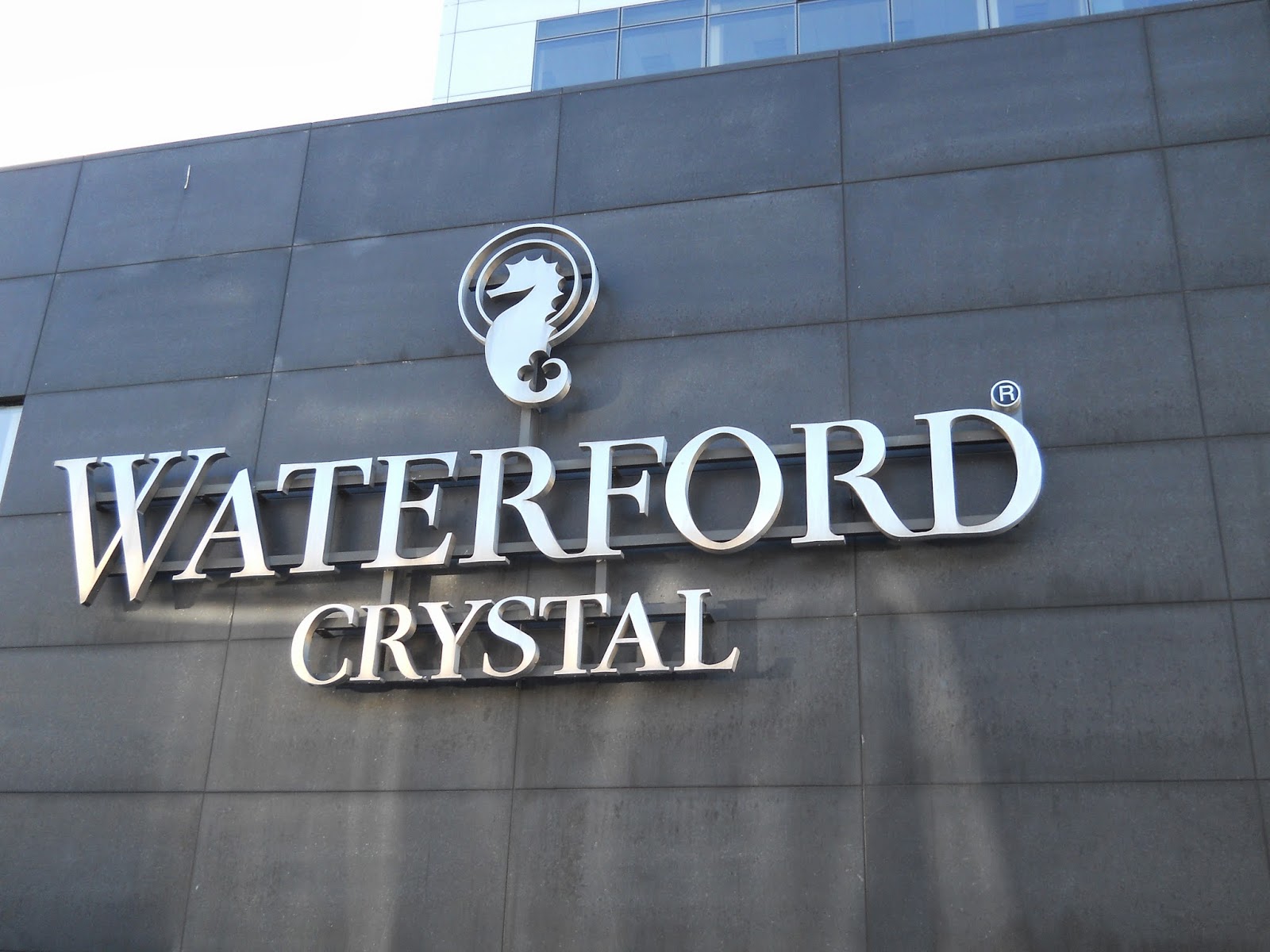 From Waterford, we boarded the coach and drove a couple hours until we reached the town of Avoca.  Here are a couple of the sights we passed that I caught on film through the bus windows: 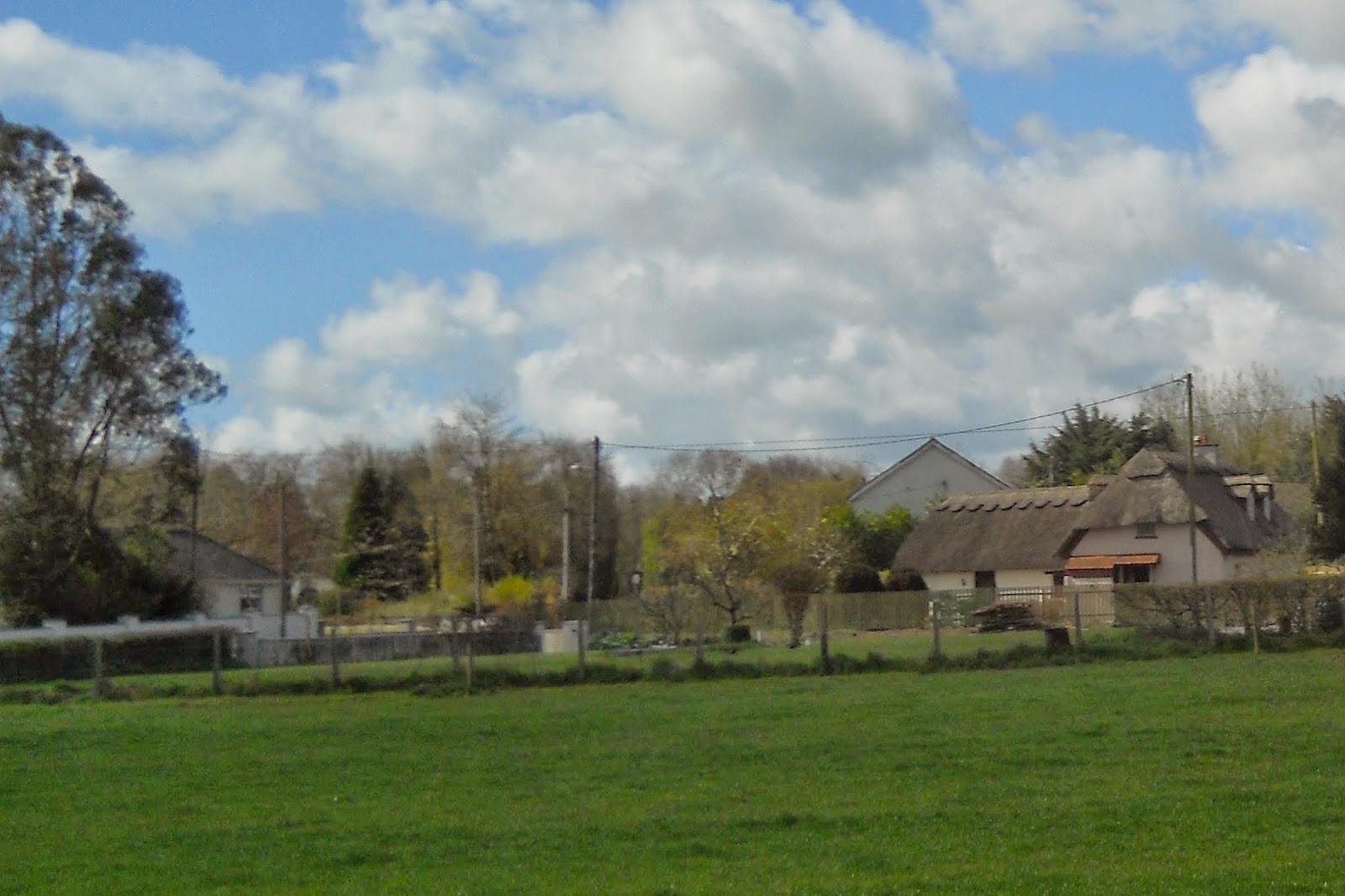 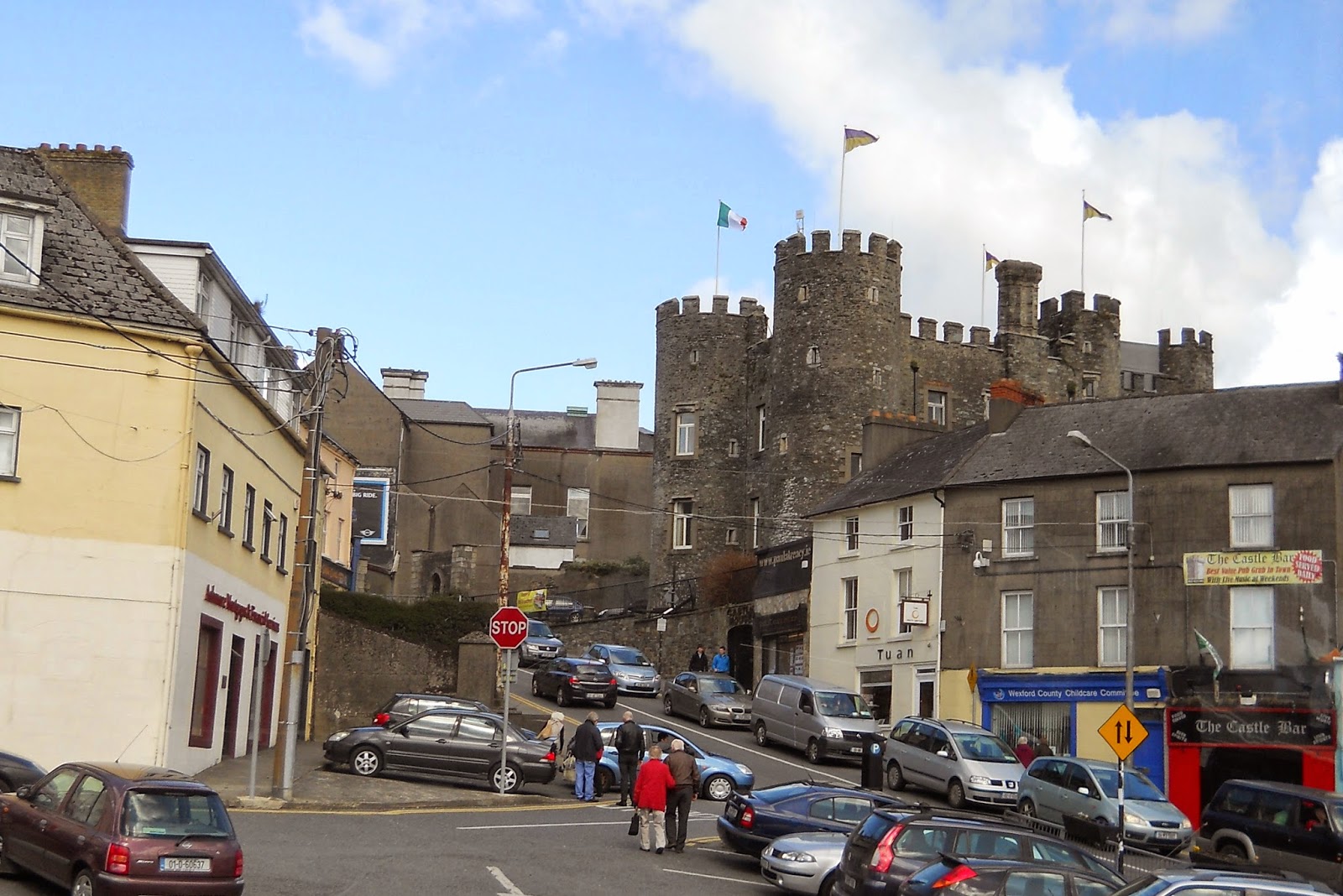 This was my first view of Avoca as we crossed the river. ﻿ 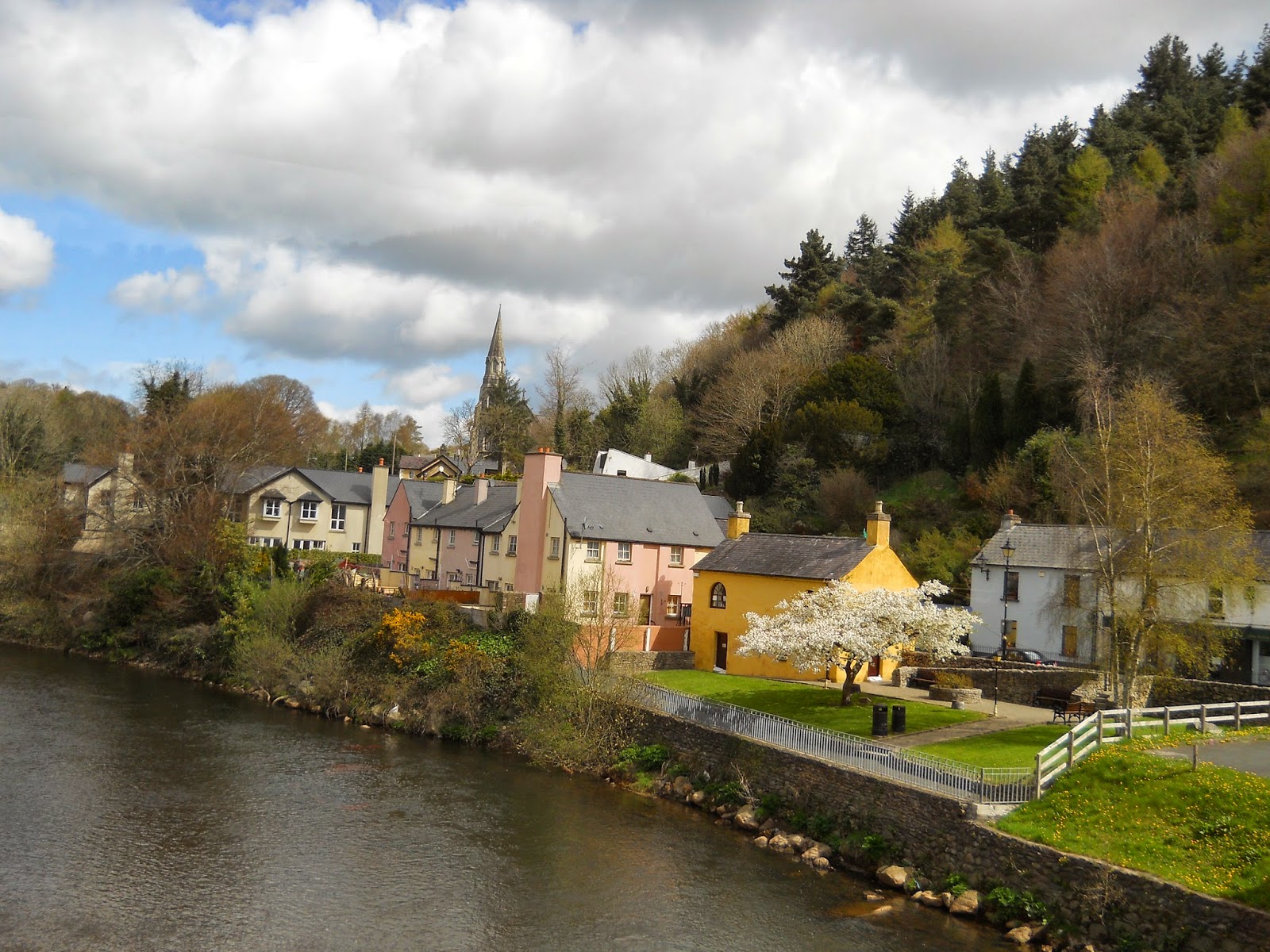 Up past the town is Avoca Mill, which was first established in 1723.  It was a bit of a tourist trap, but it was a nice stop on the trip. 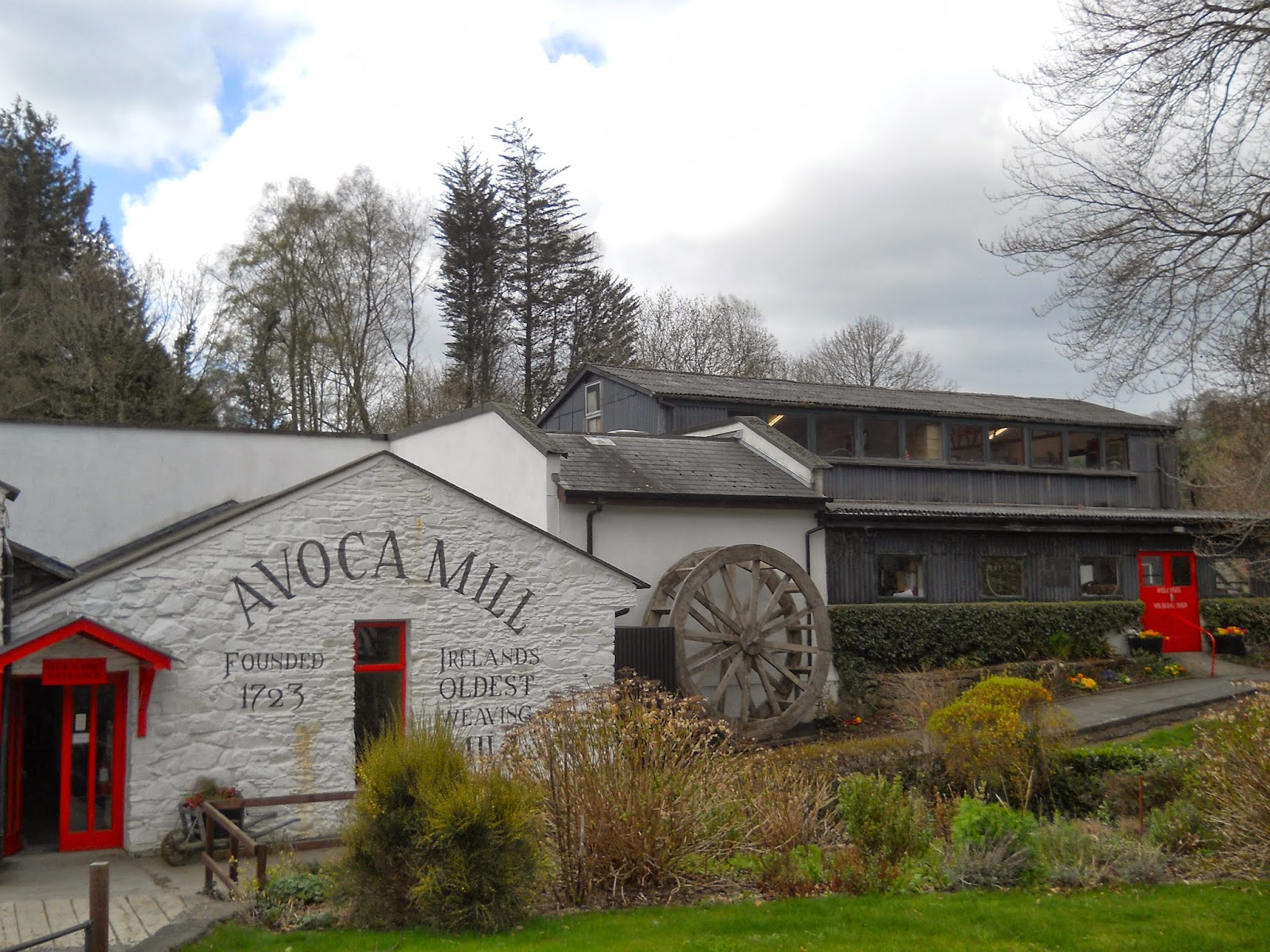 Avoca Mill is still a working handweaving mill, and it was interesting to see its inner-workings and I demonstration of how the weavers use the looms to make beautiful scarves in cashmere or lambswool. 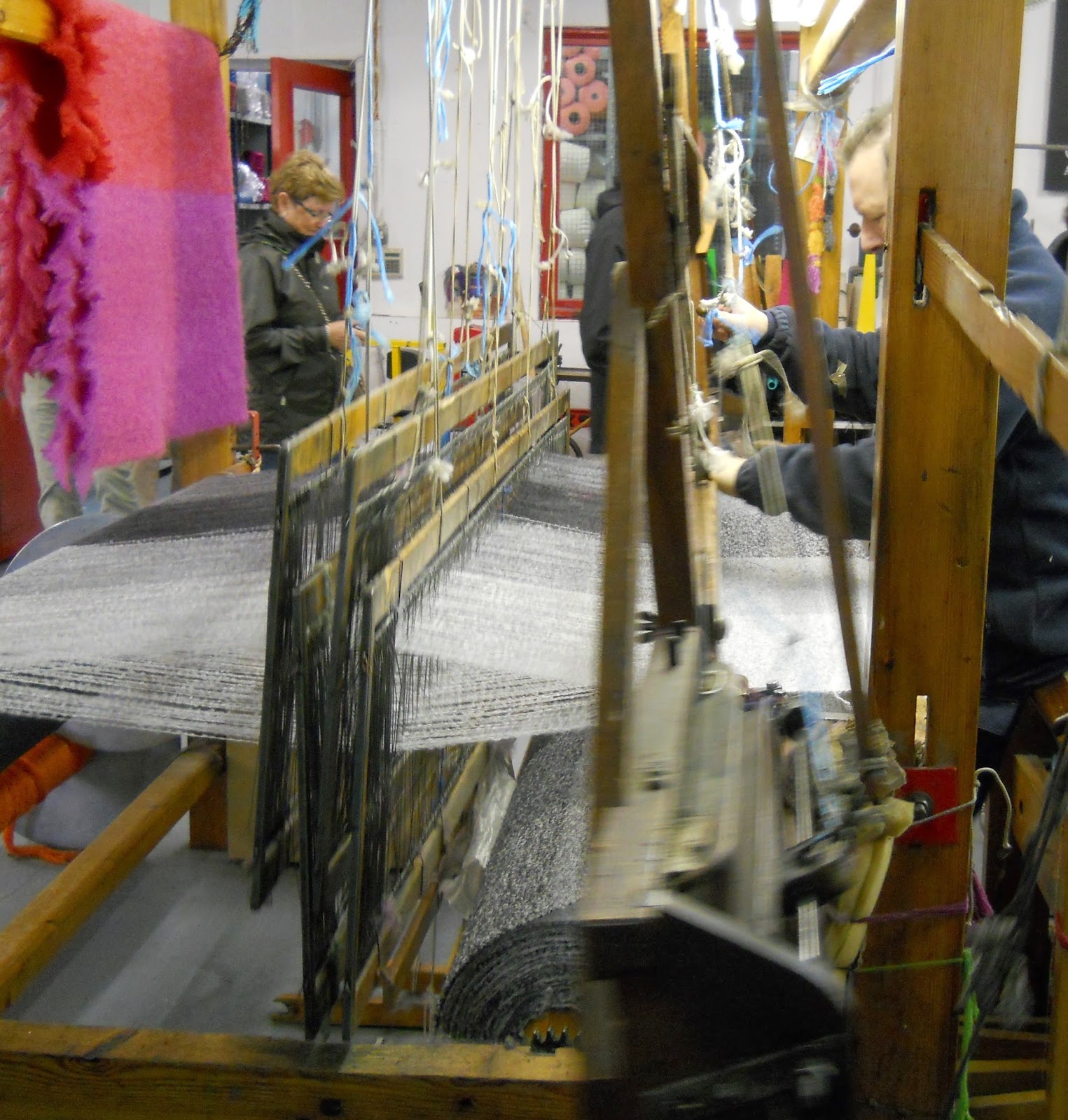 In the main building was a quant shop where they sold products made there at the Avoca Mill and other assorted gifts.  I might have left Avoca with a scarf:﻿ 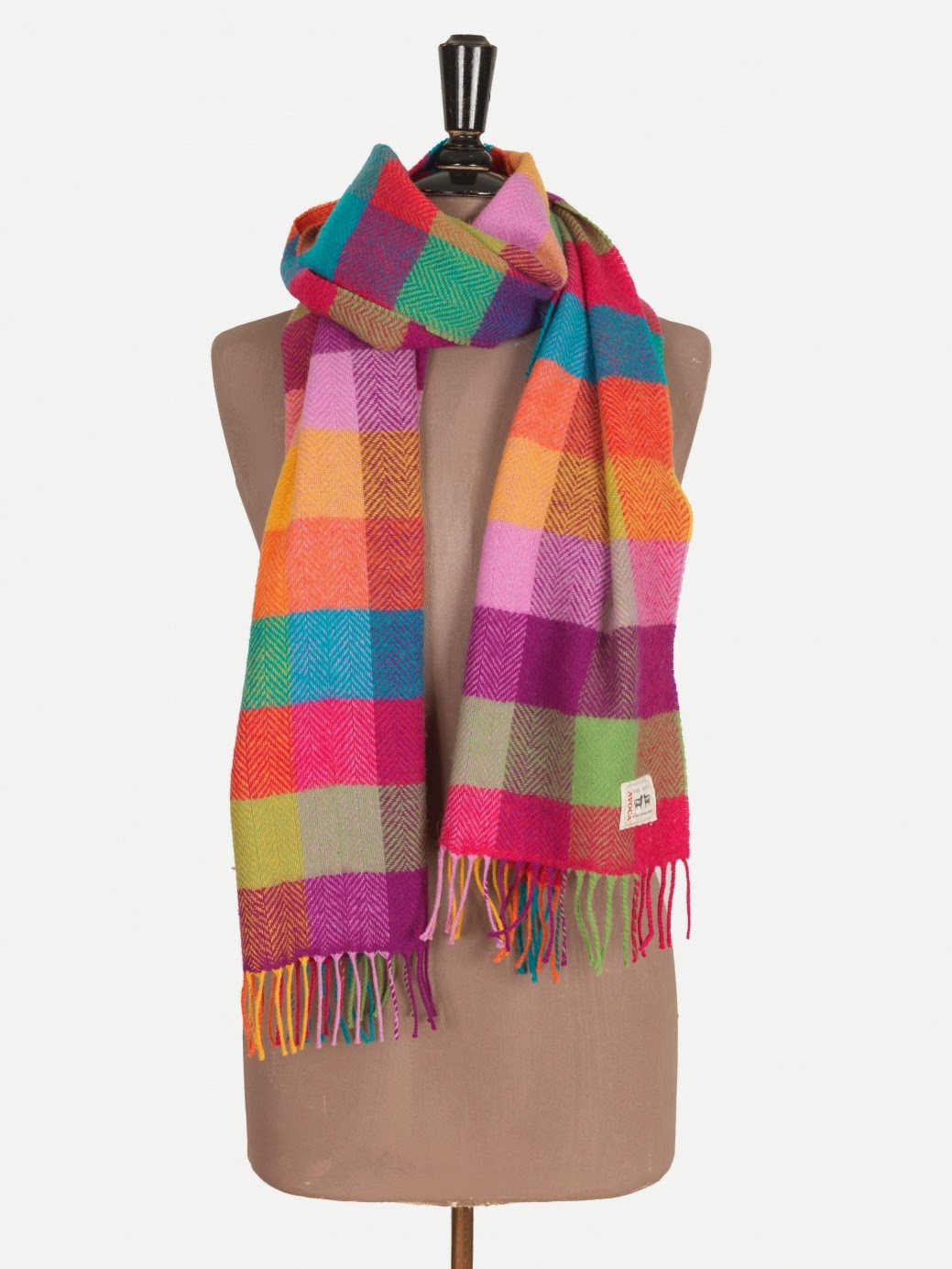 There was also a cute eatery in the back of the shop, which is where we stopped for lunch, or in my case...tea and a giant scone!  I must say having tea at a weaving mill has been one of my more interesting tea experiences. 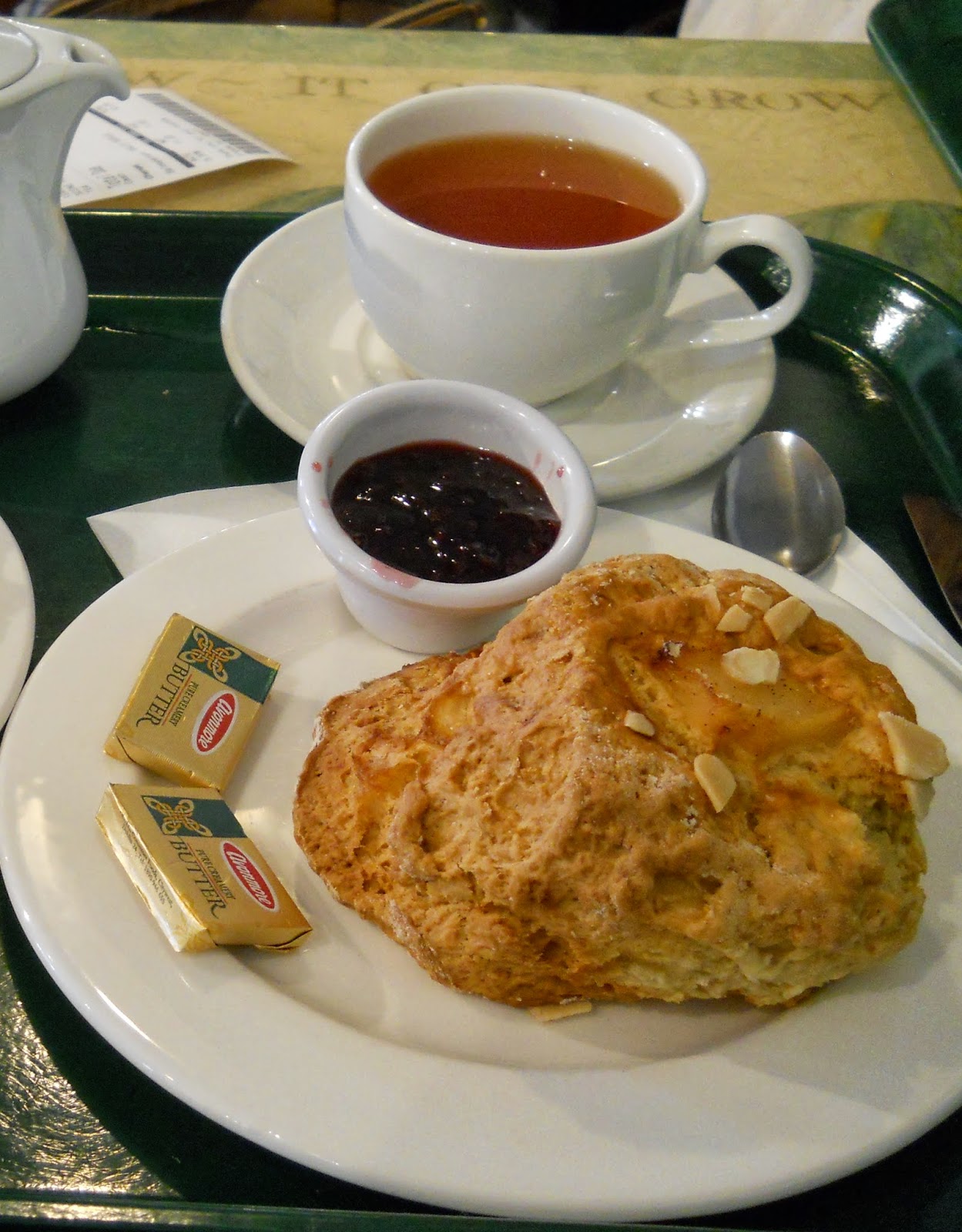 From Avoca, we traveled to Glendalough, which it the site of St. Kevin's center of Irish Christianity and the Monastic City, ruins of a medieval monastery. 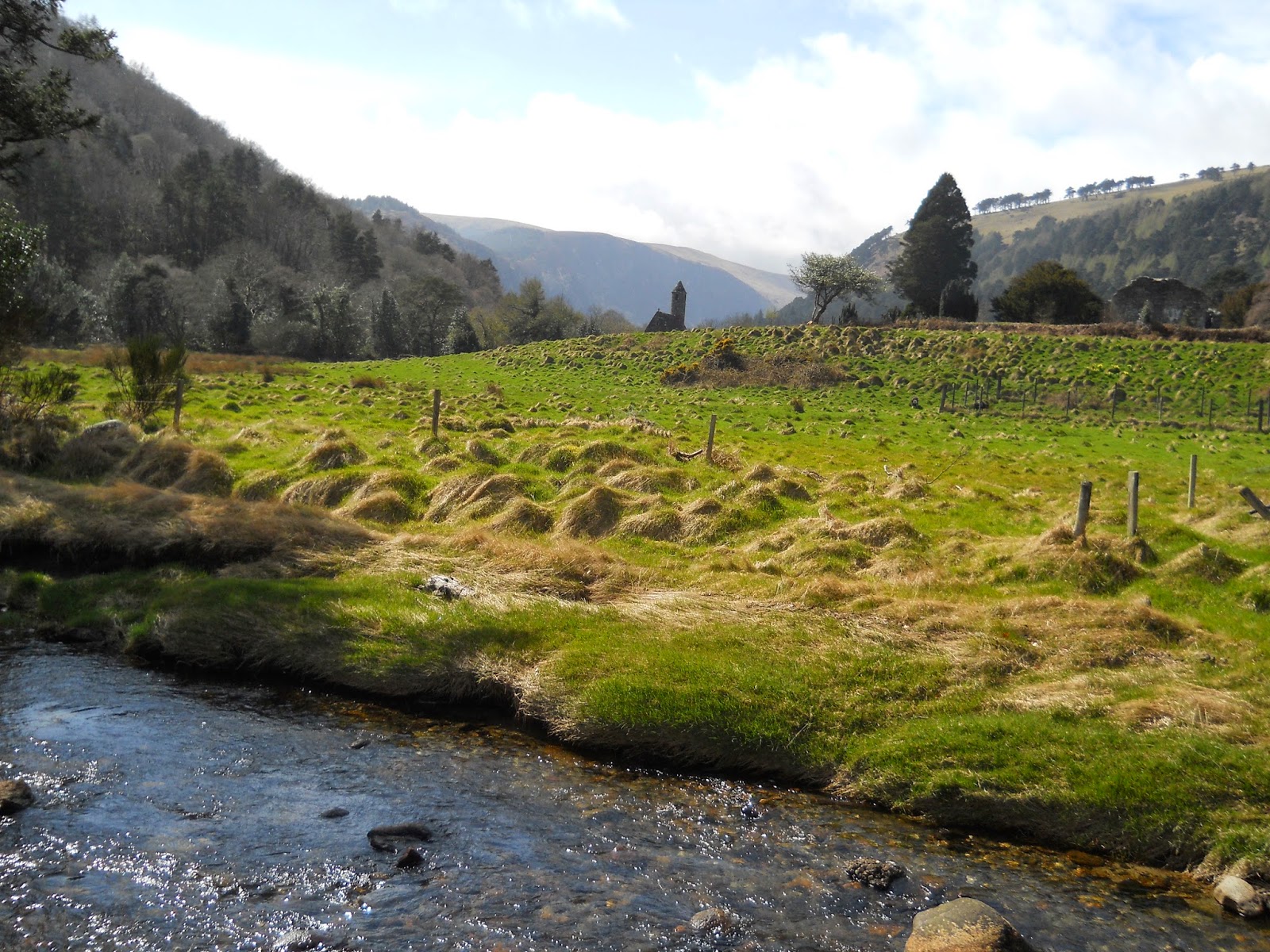 Most of the surviving buildings date to the 10th through 12th century. 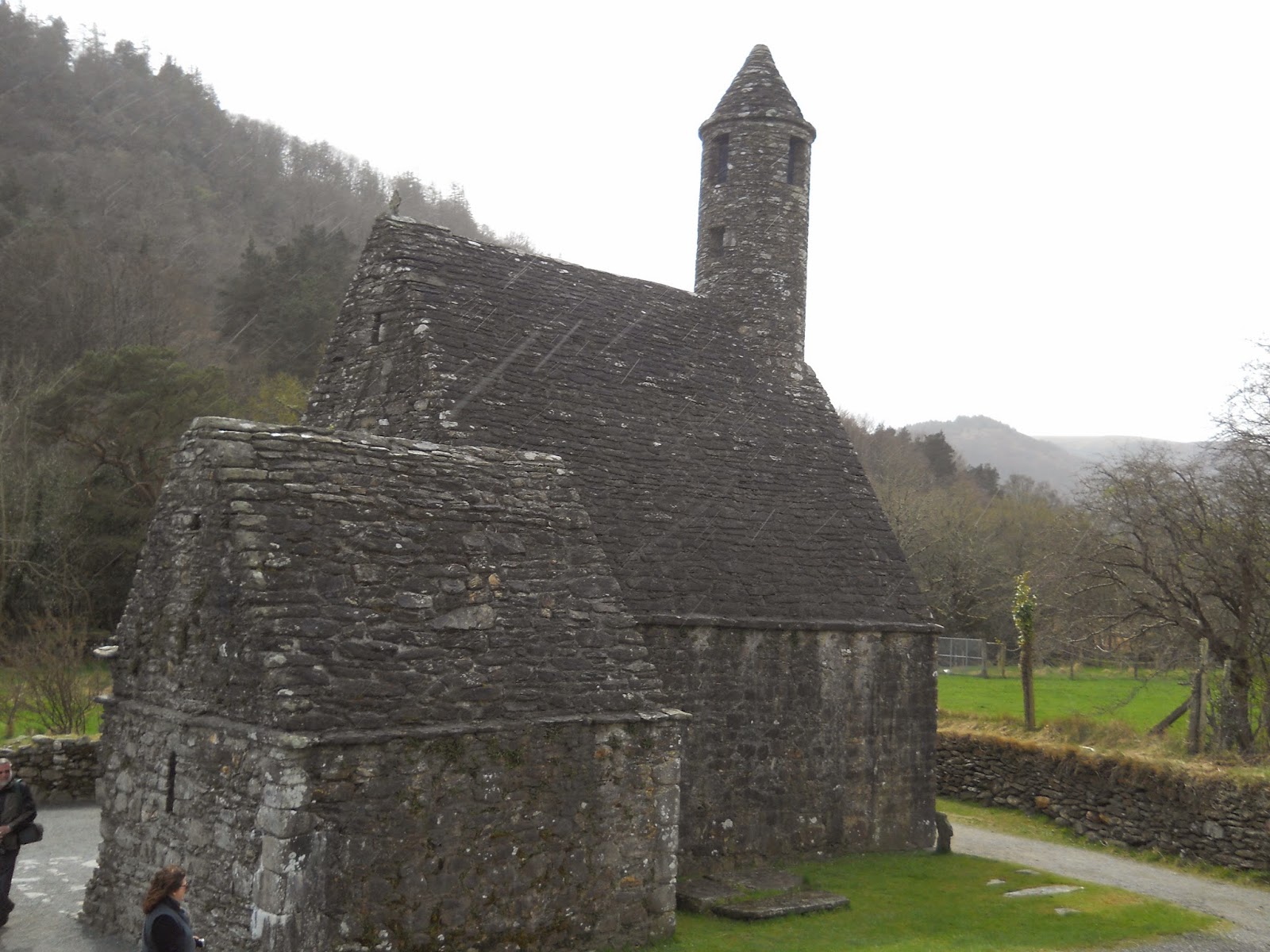 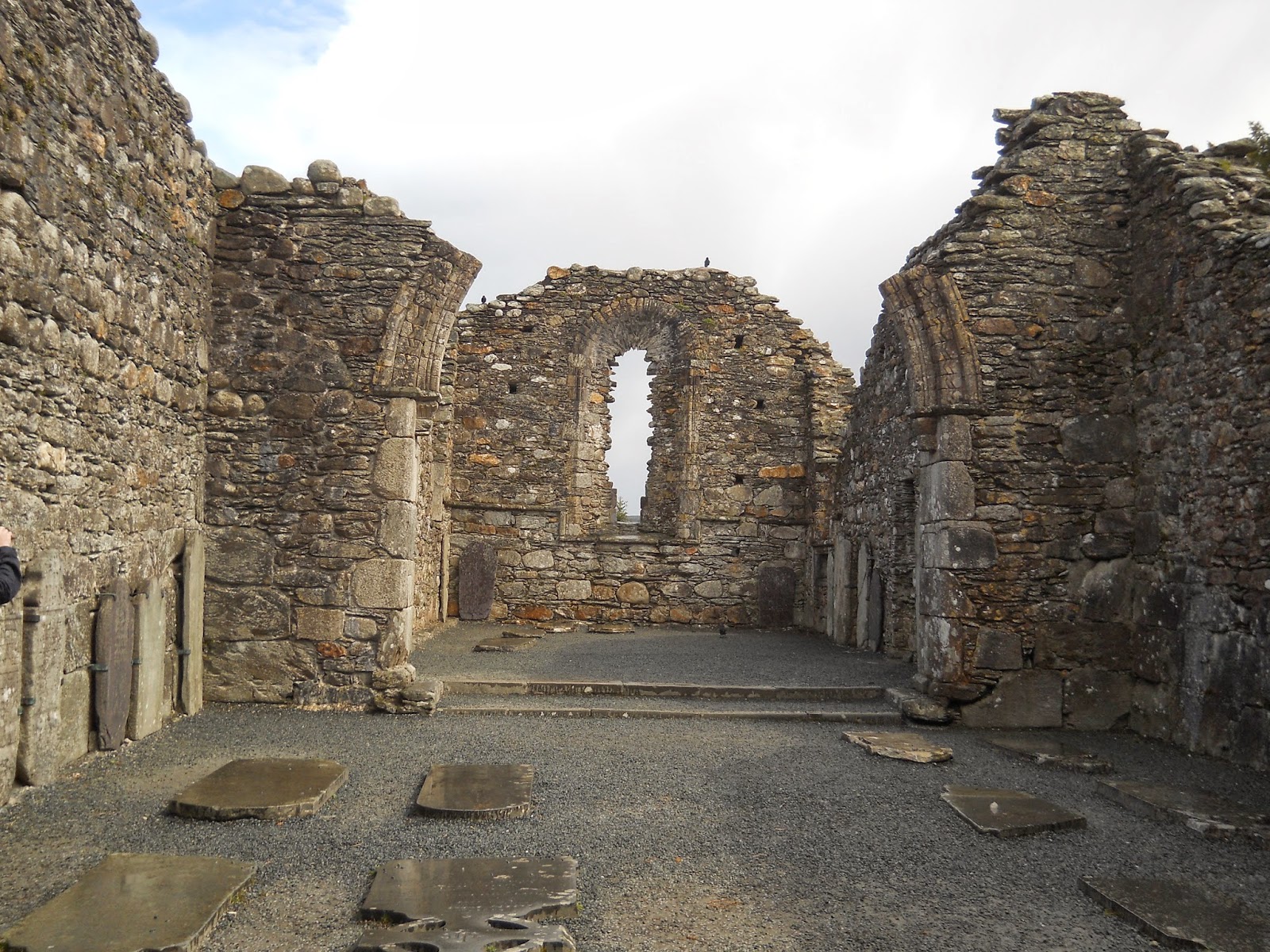 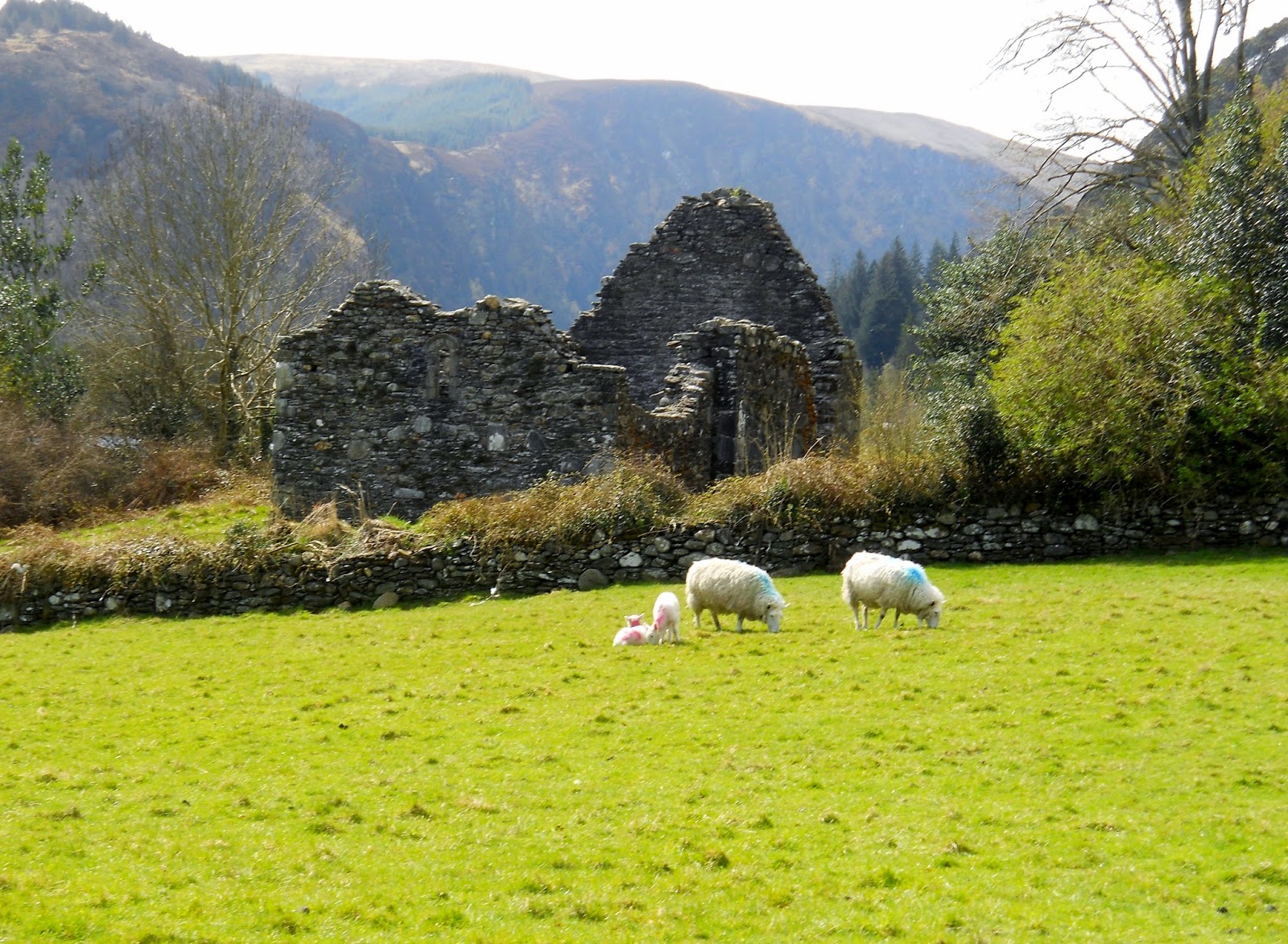 Medieval monastic round towers, like the one below, are mainly found in Ireland.  We aren't sure exactly what they were used for.  Two possibilities are that it was a bell tower or a place to go if they were attacked. 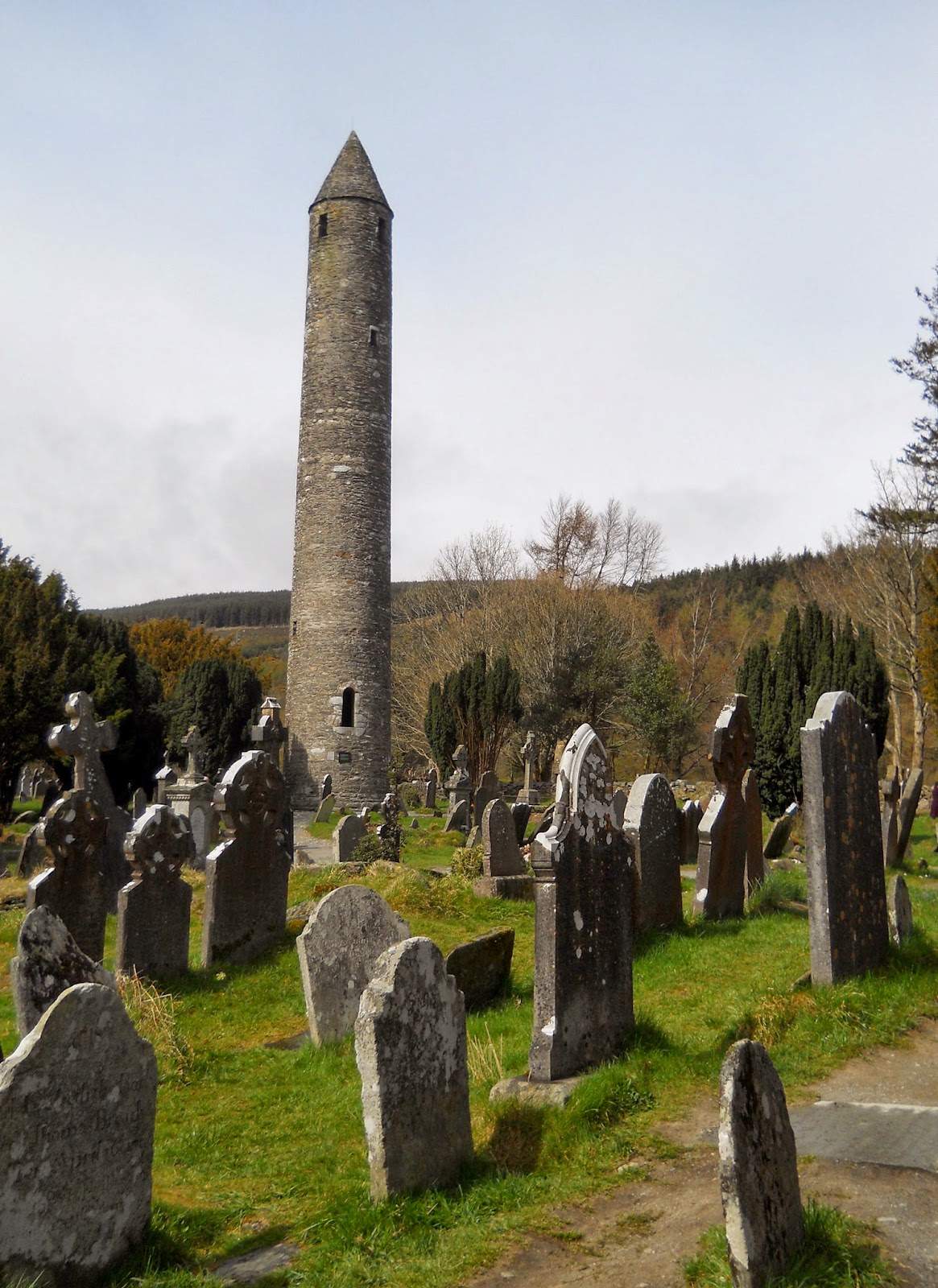 As you can see, the site is now a graveyard. ﻿
﻿
From the ruins, we traveled to Dublin, where my first day in Ireland ended.  Here are a couple of my favorite pictures from Dublin (which I explored during the next day). 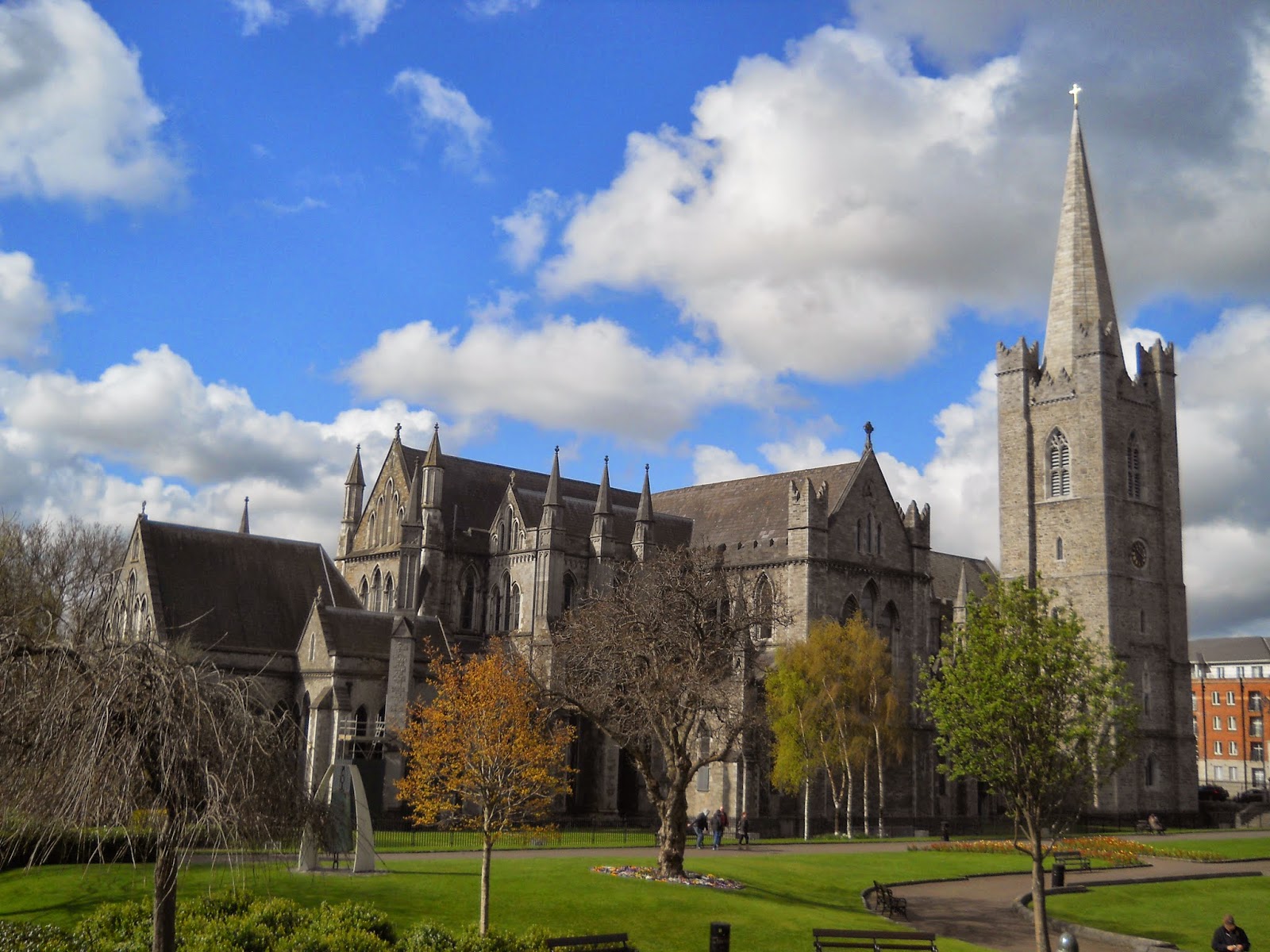 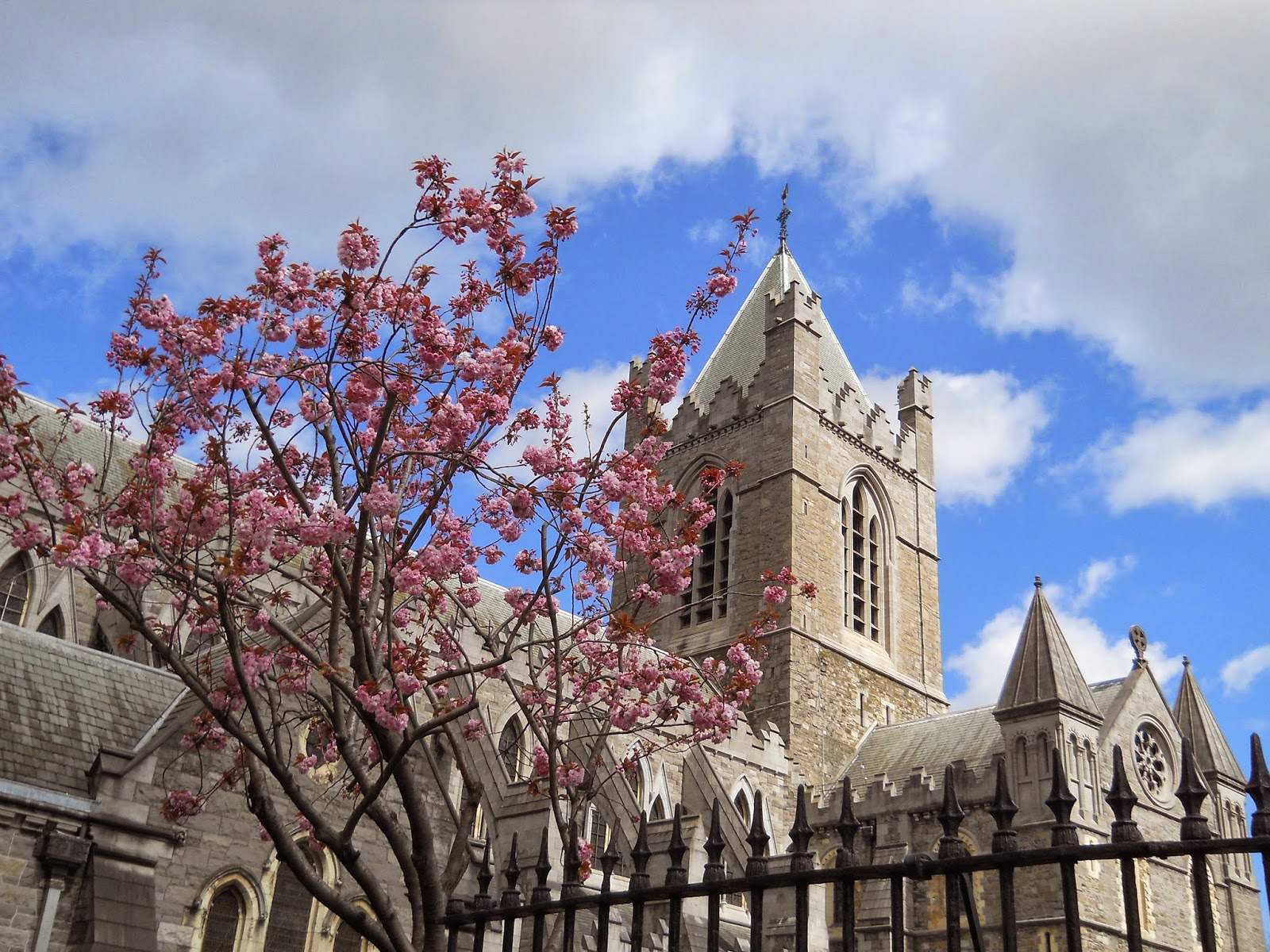 (Christ Church in Dublin)
Posted by Carrie at 9:55 PM