On the fourth day we started the 10 day Globus Britain & Ireland tour that would be the main part our trip.  On the first day of the tour, we drove from London to Stonehenge. 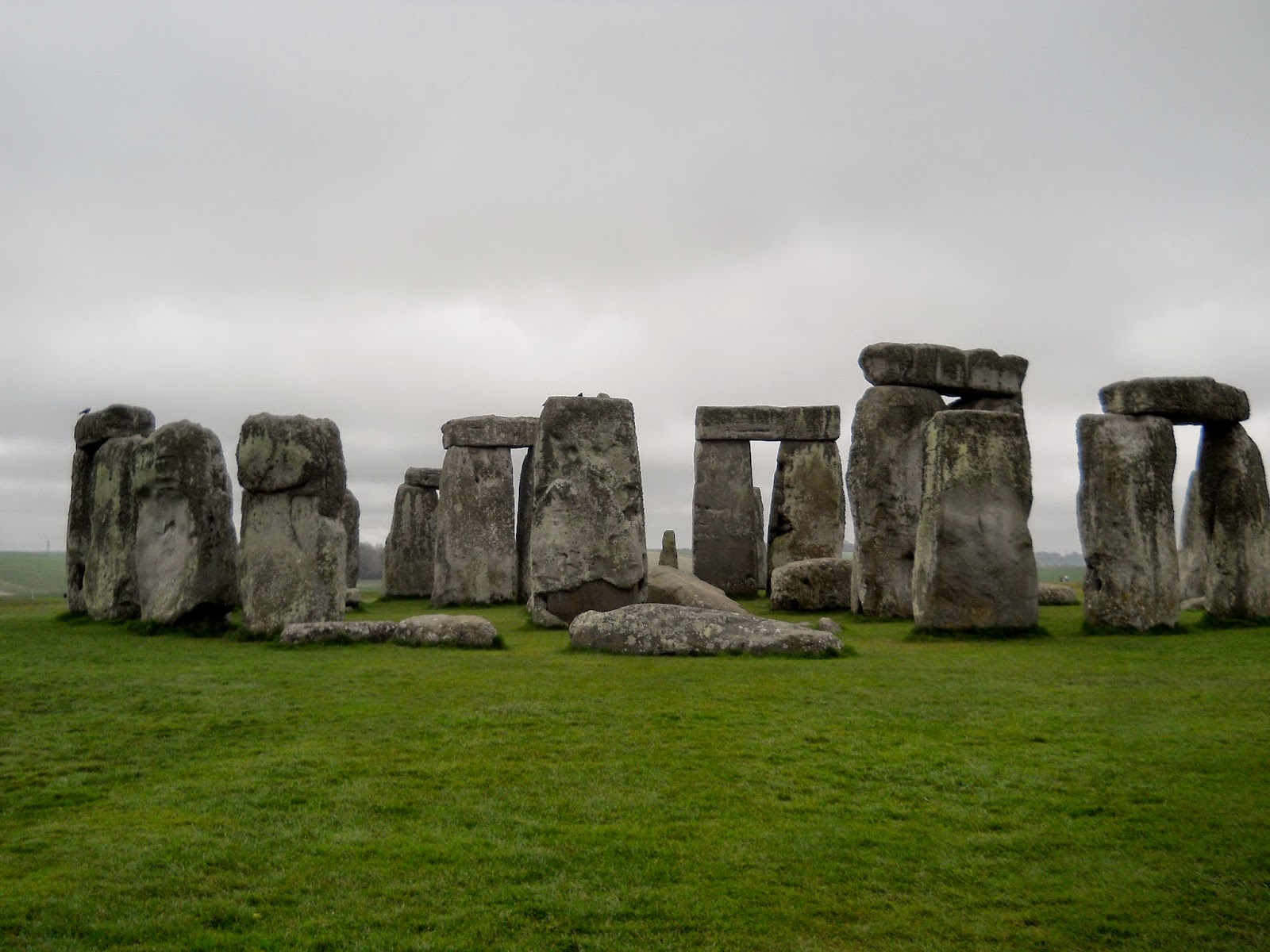 From Stonehenge we drove to Salisbury to see Salisbury Cathedral, a Gothic cathedral dating to the 1200s.  In fact, construction began in 1220 and finished in 1258, very quick for medieval construction. 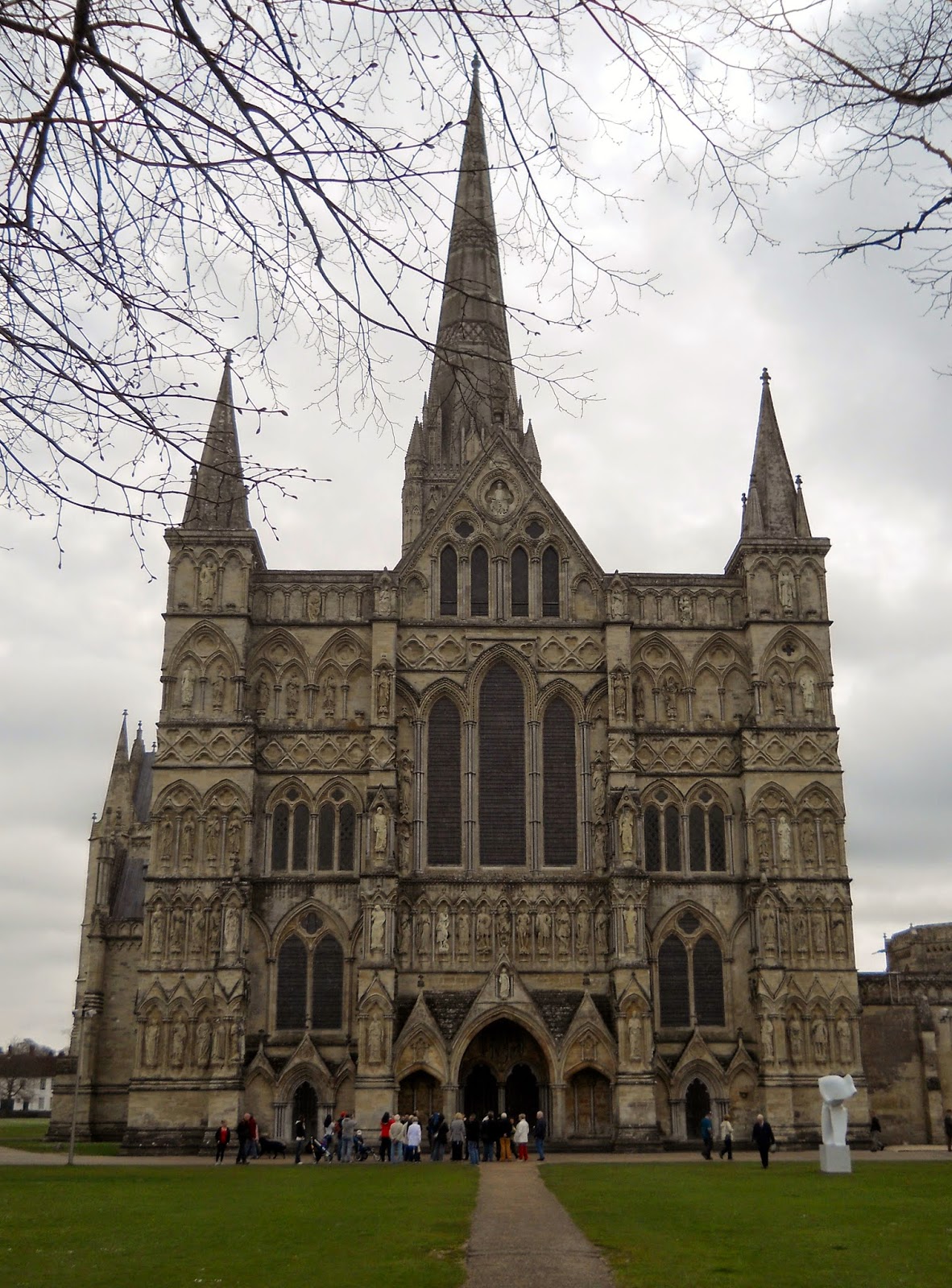 This cathedral was amazing and has the highest spire in England at 404 feet. 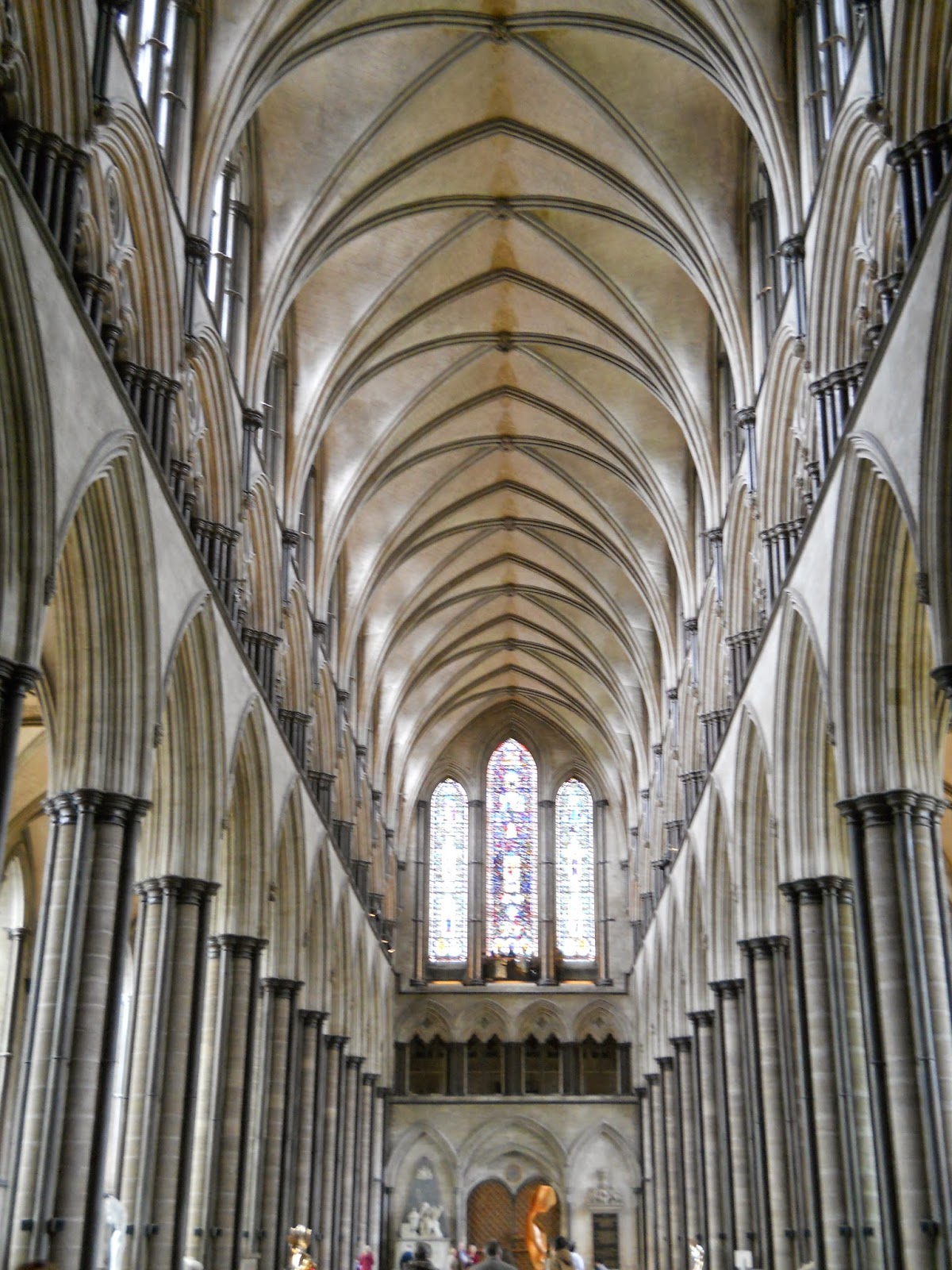 It was in this cathedral that I learned that in medieval times these grand cathedrals were painted.  I can't imagine how amazing it would have been to enter a church then with colorful paintings all around  instead of stone.  Below is the best example of the pictures I took of the surviving pattern on the ceiling. 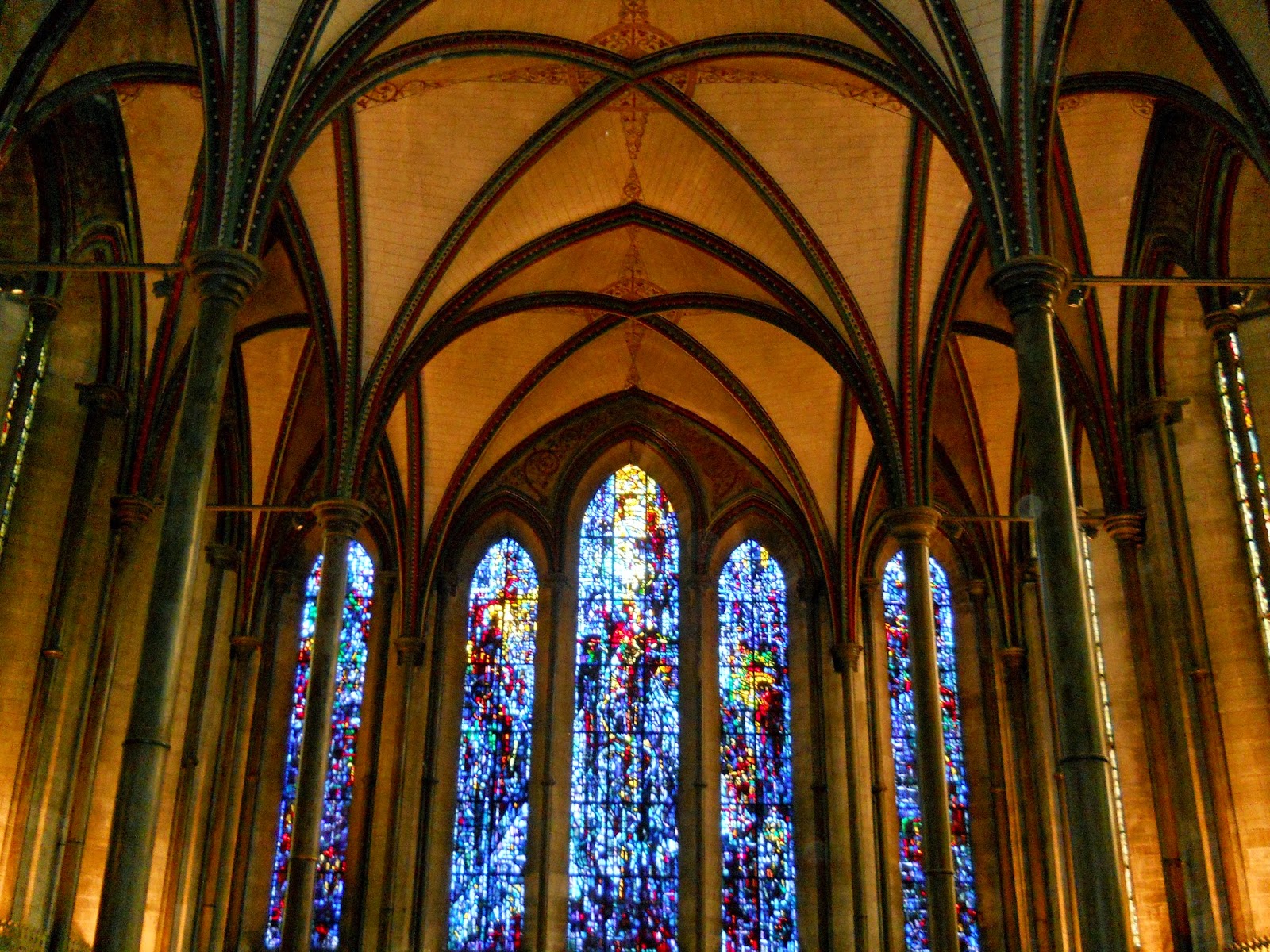 Tombs of medieval knights lined the outer walkways in the cathedral 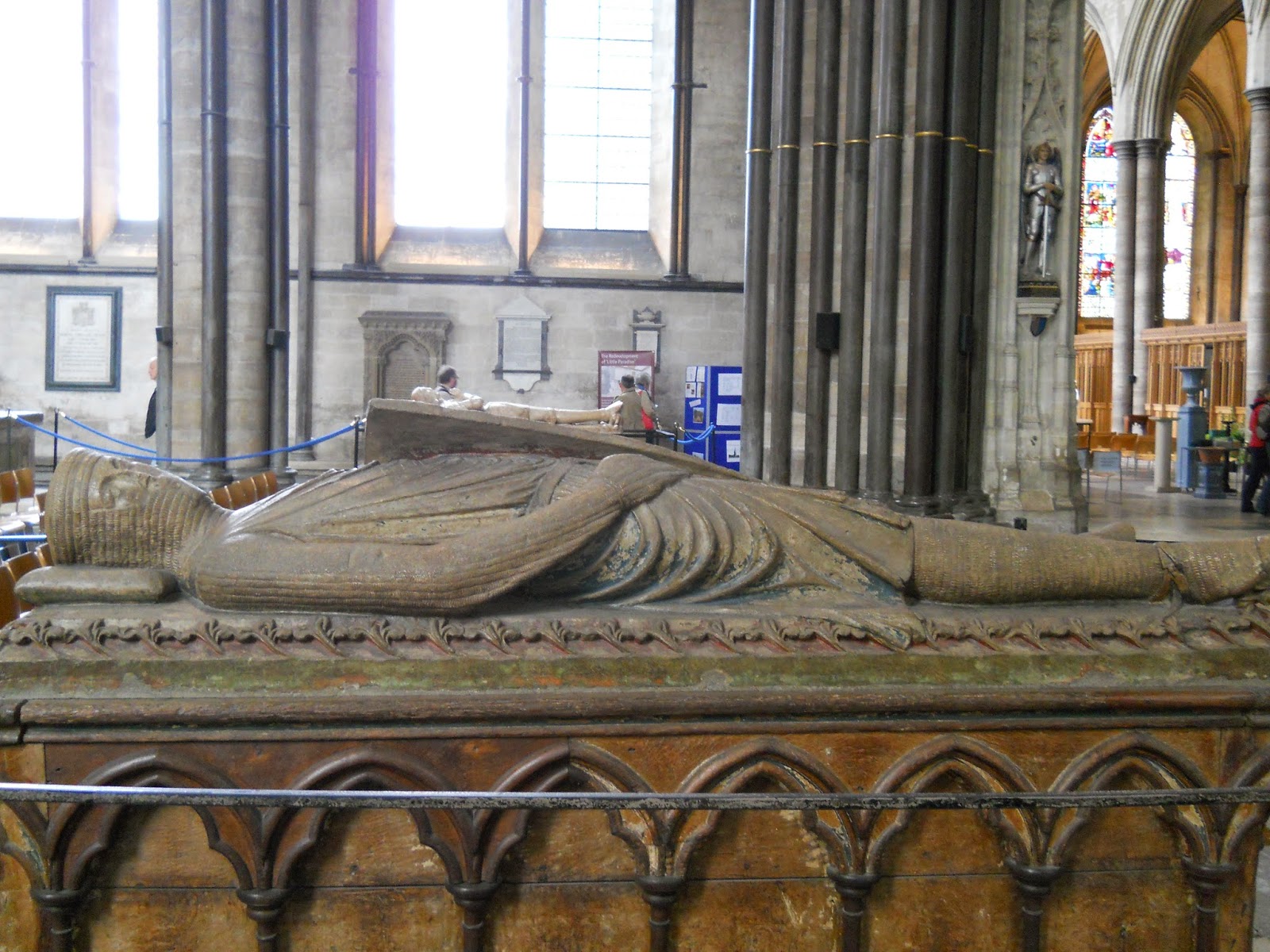 The quire was exquisitely carved 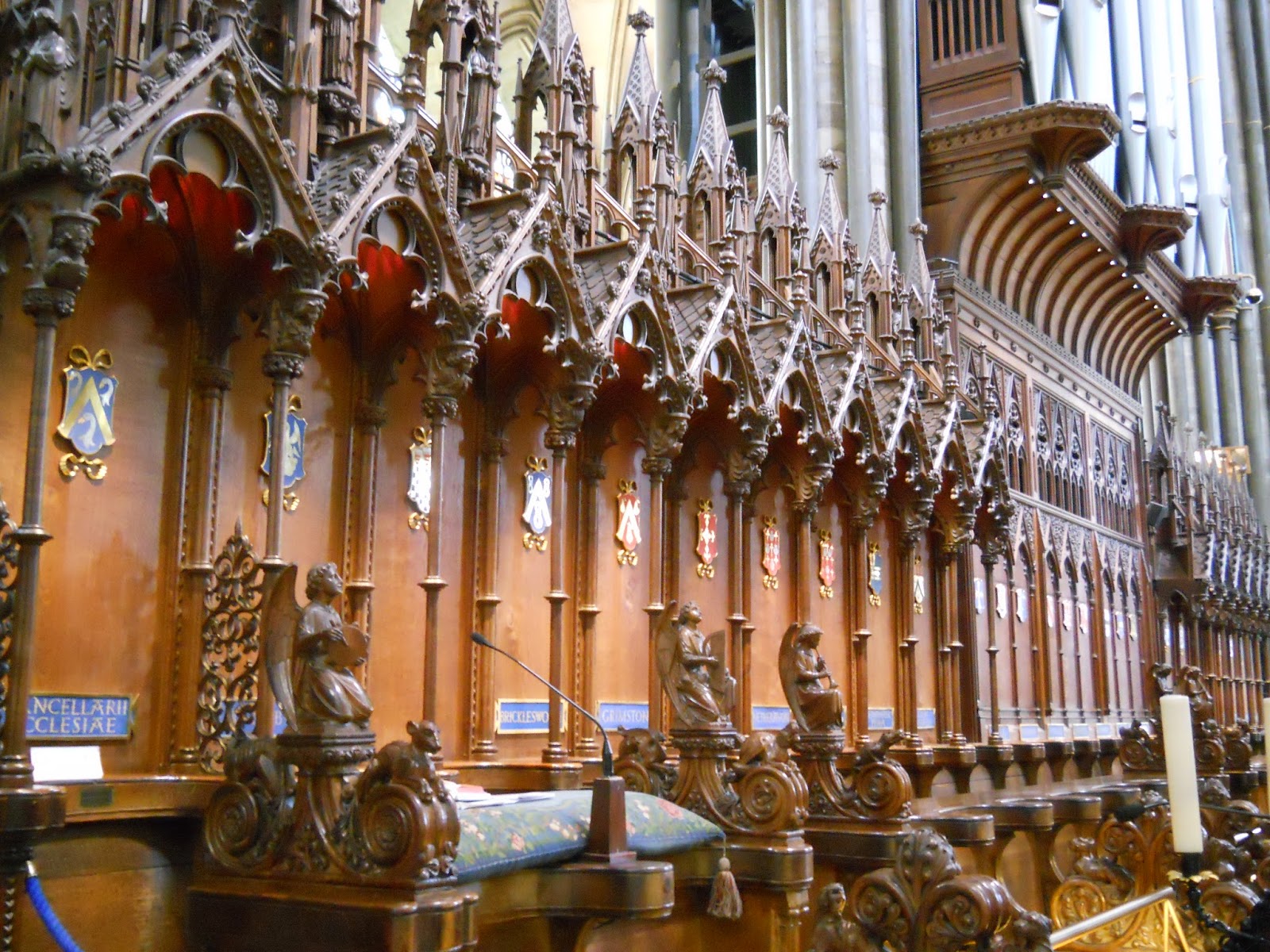 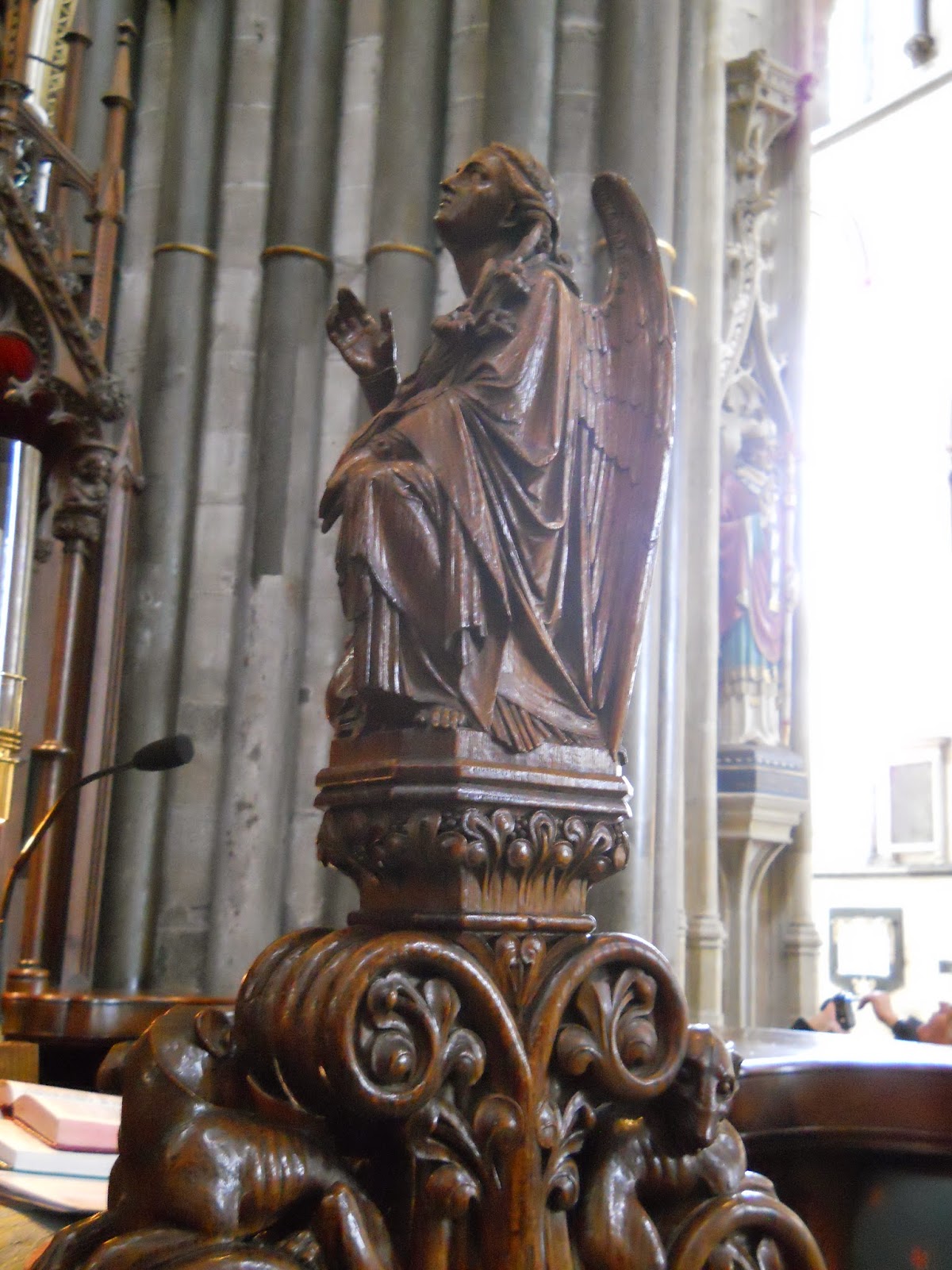 Salisbury Cathedral is also the home of one of the 4 original copies of the Magna Carta, signed in 1215 by King John.

After hurrying back to the bus, we drove to our next stop, Bath.  The Romans established Bath as a spa in the 60s A.D. (although many believe the use of Bath as a hot spring pre-dated the Romans).  In the 1700s, Bath had a resurgence of popularity, with many of the buildings present now dating from that period, when the Roman Baths were rediscovered and became a destination as a spa resort. 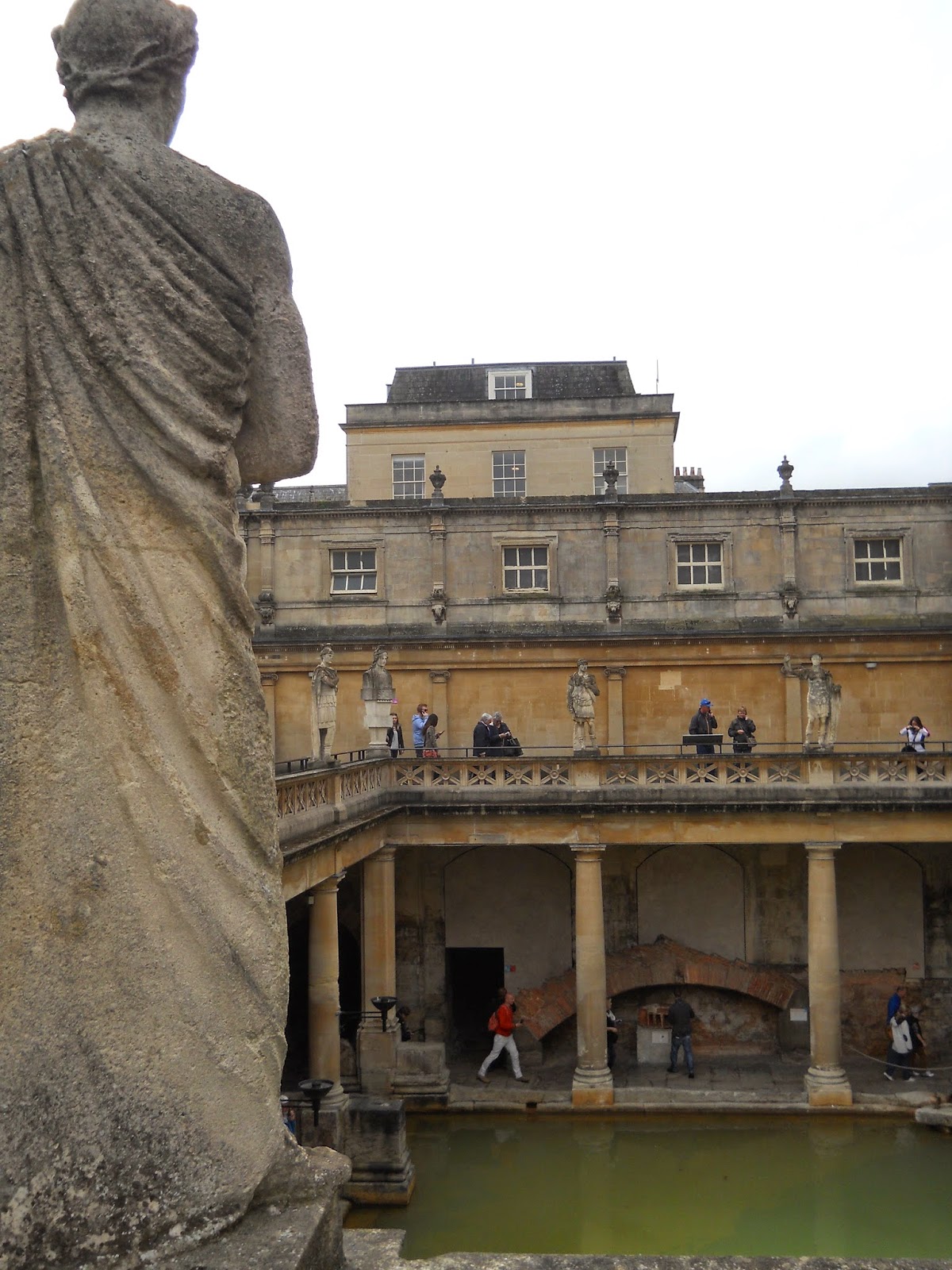 (Romanesque statute from the 18th century) 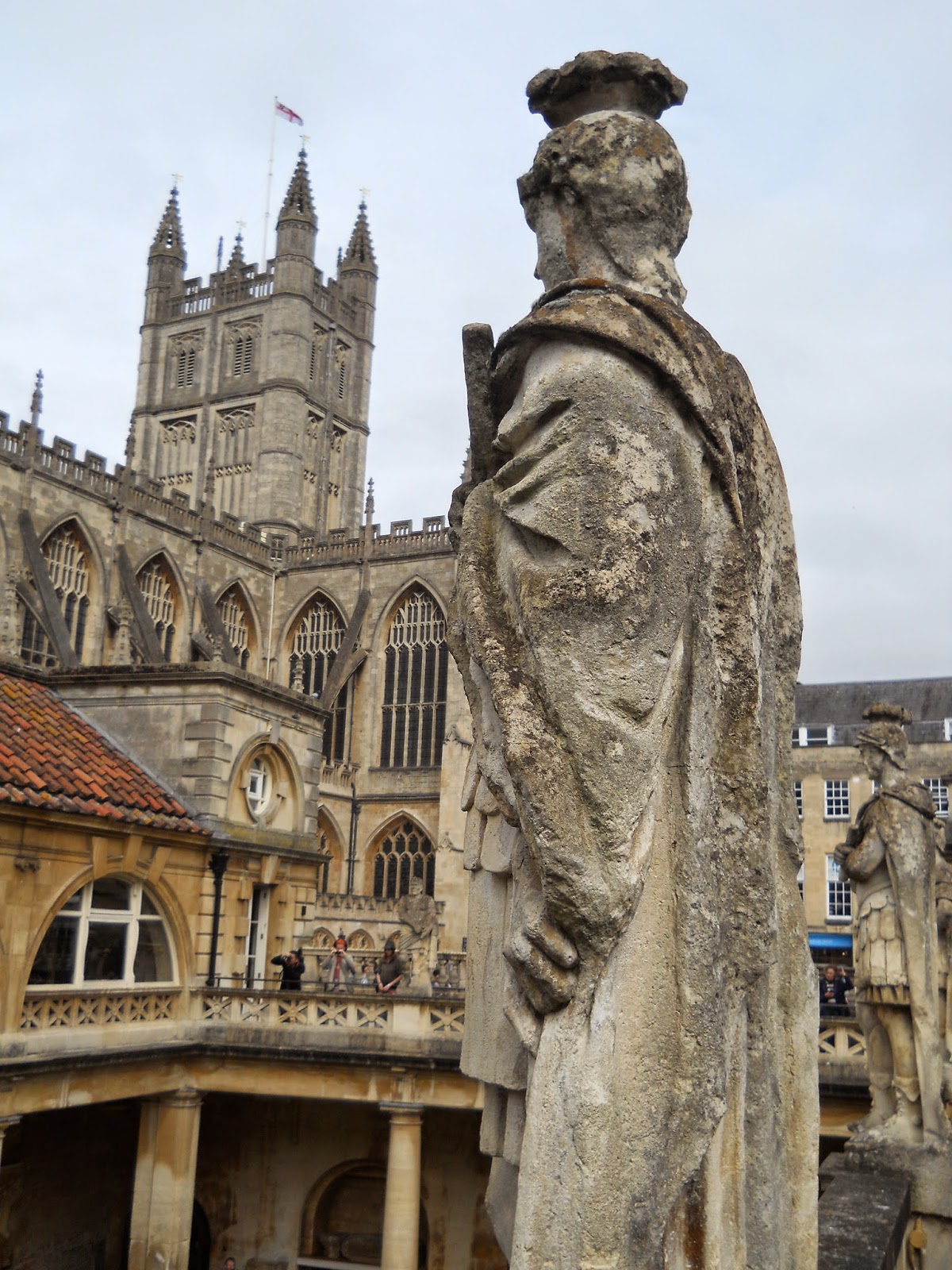 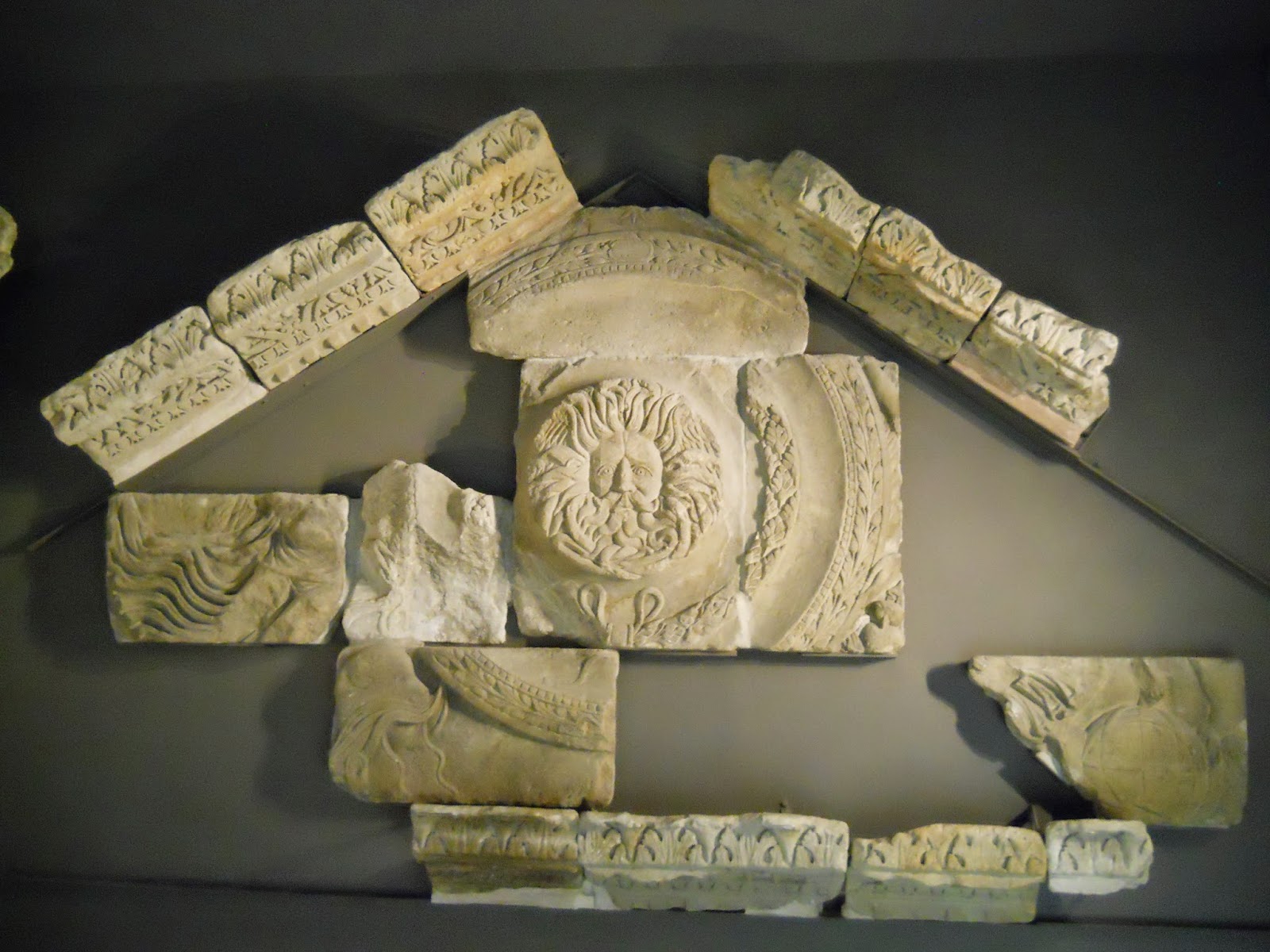 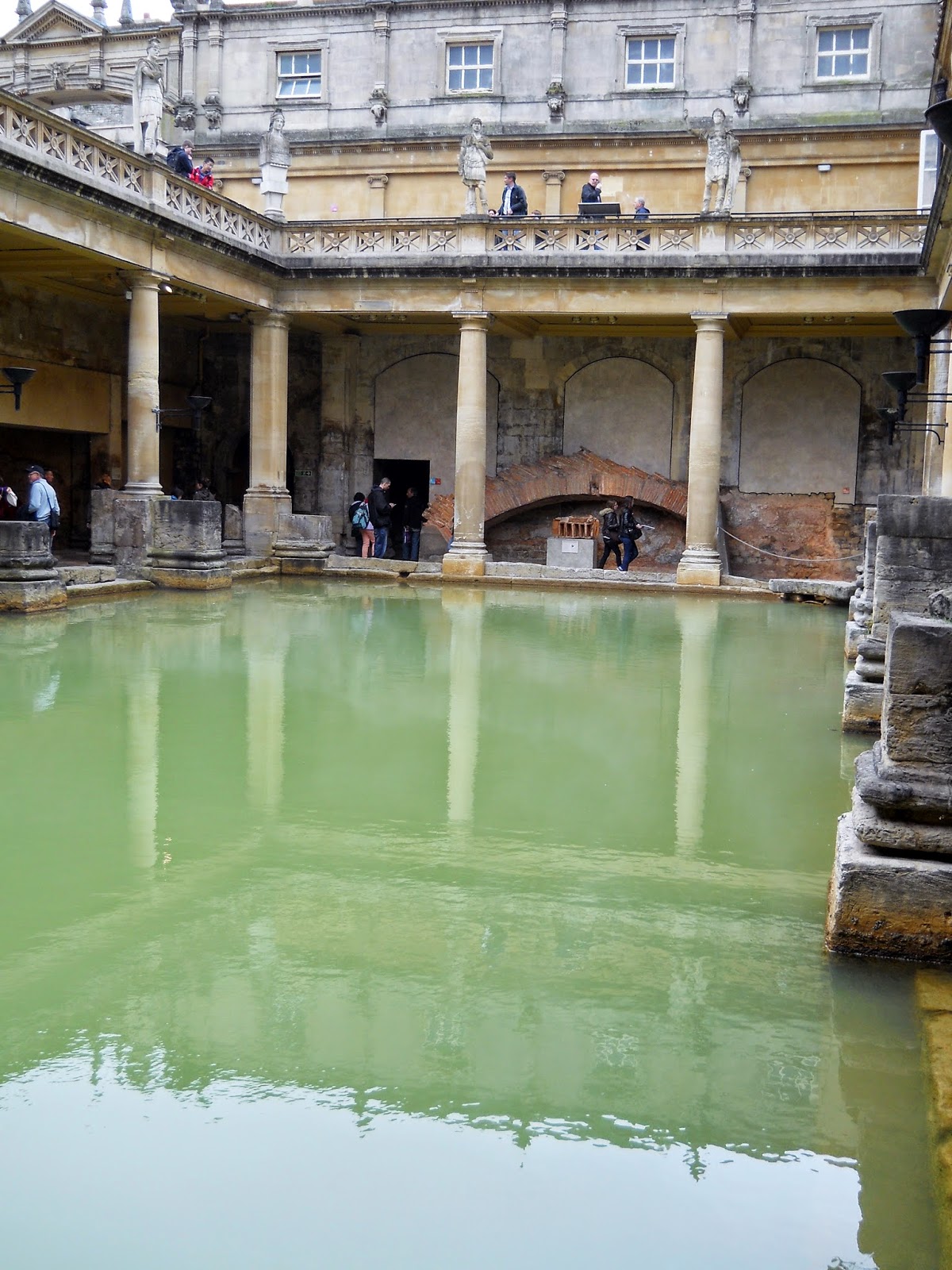 and some surviving archways﻿ 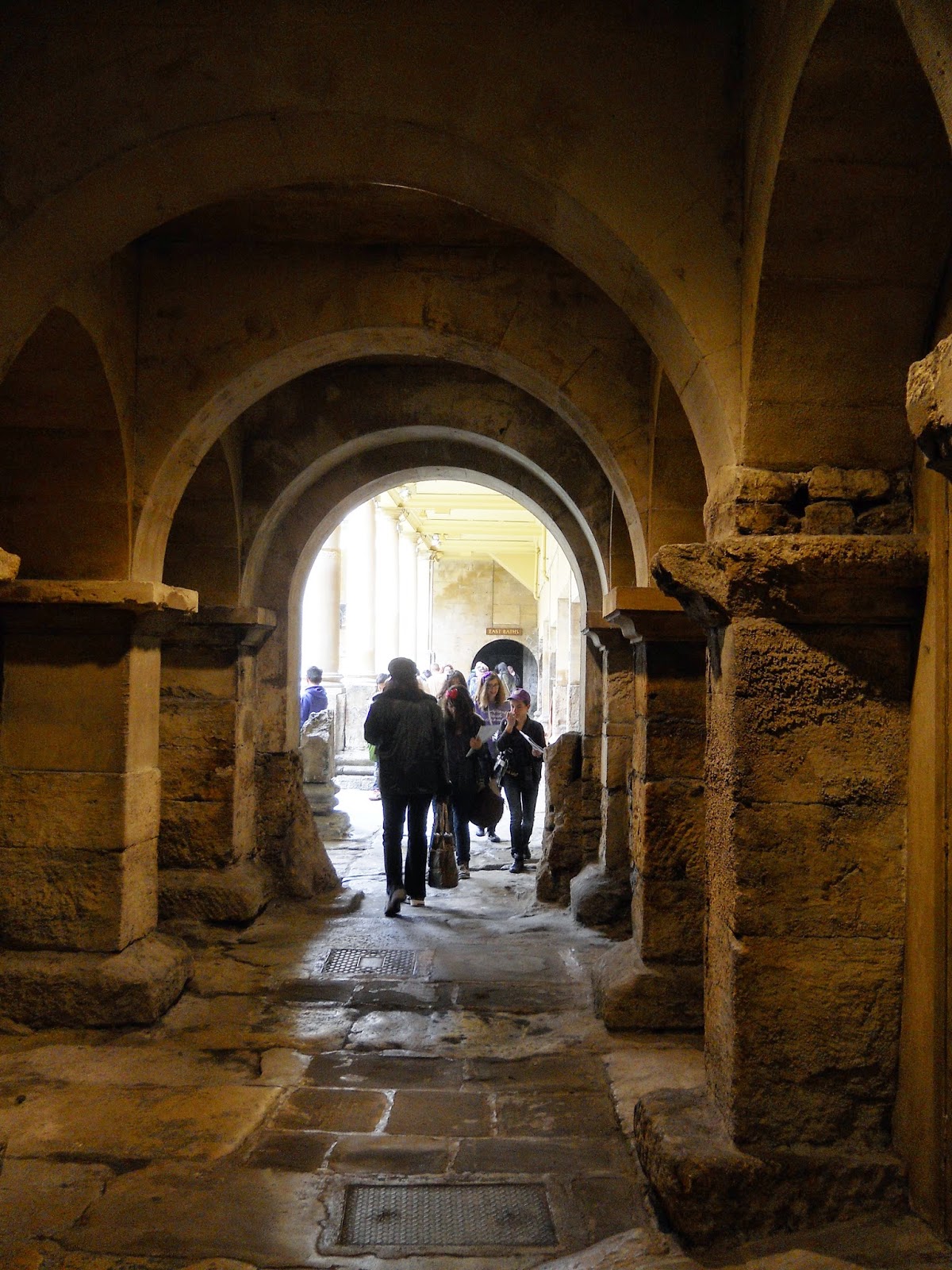 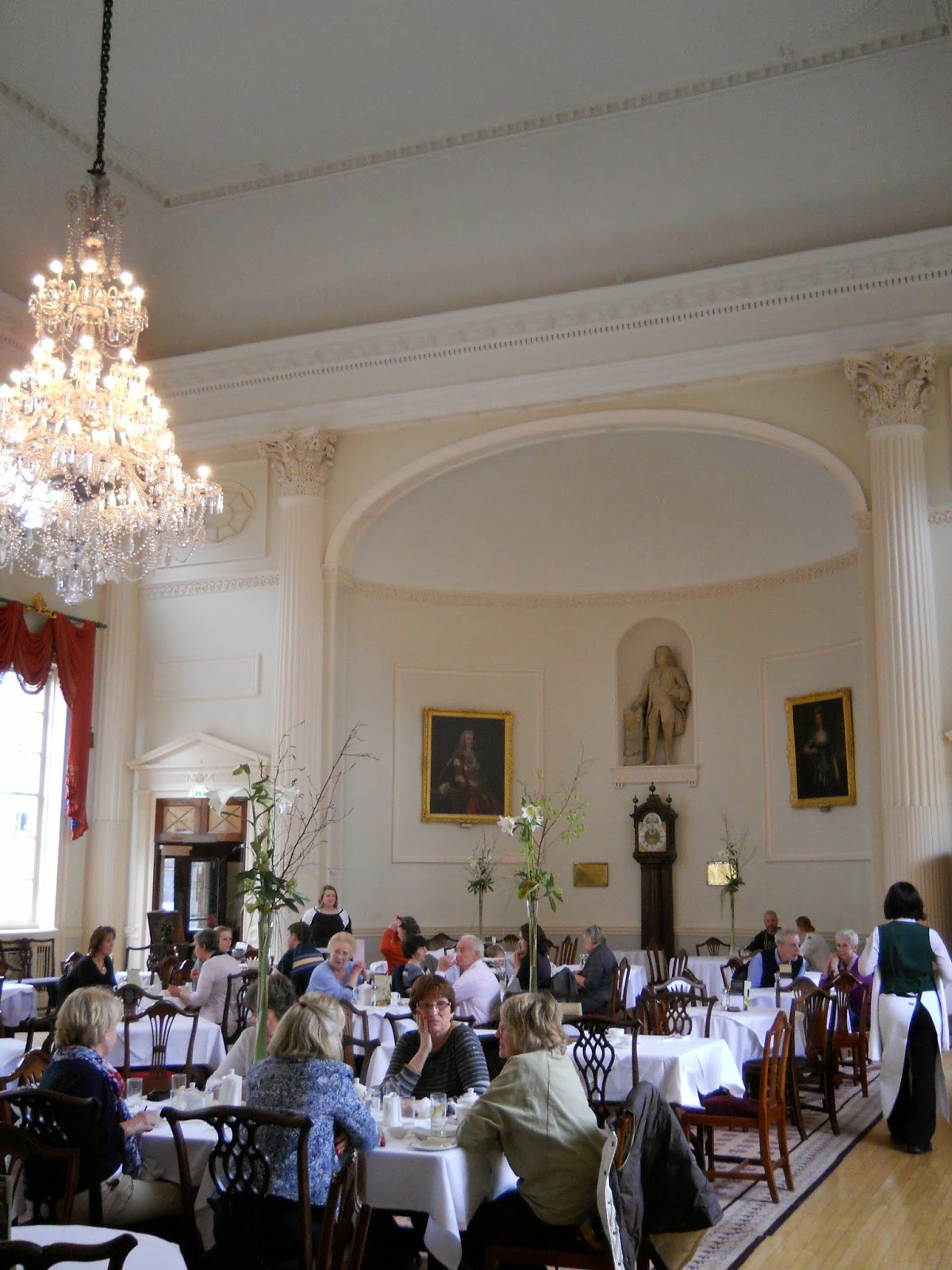 The Pump Room offers afternoon tea, and I would have loved the chance to have tea here, but we were on a tight schedule because of the bus.﻿ 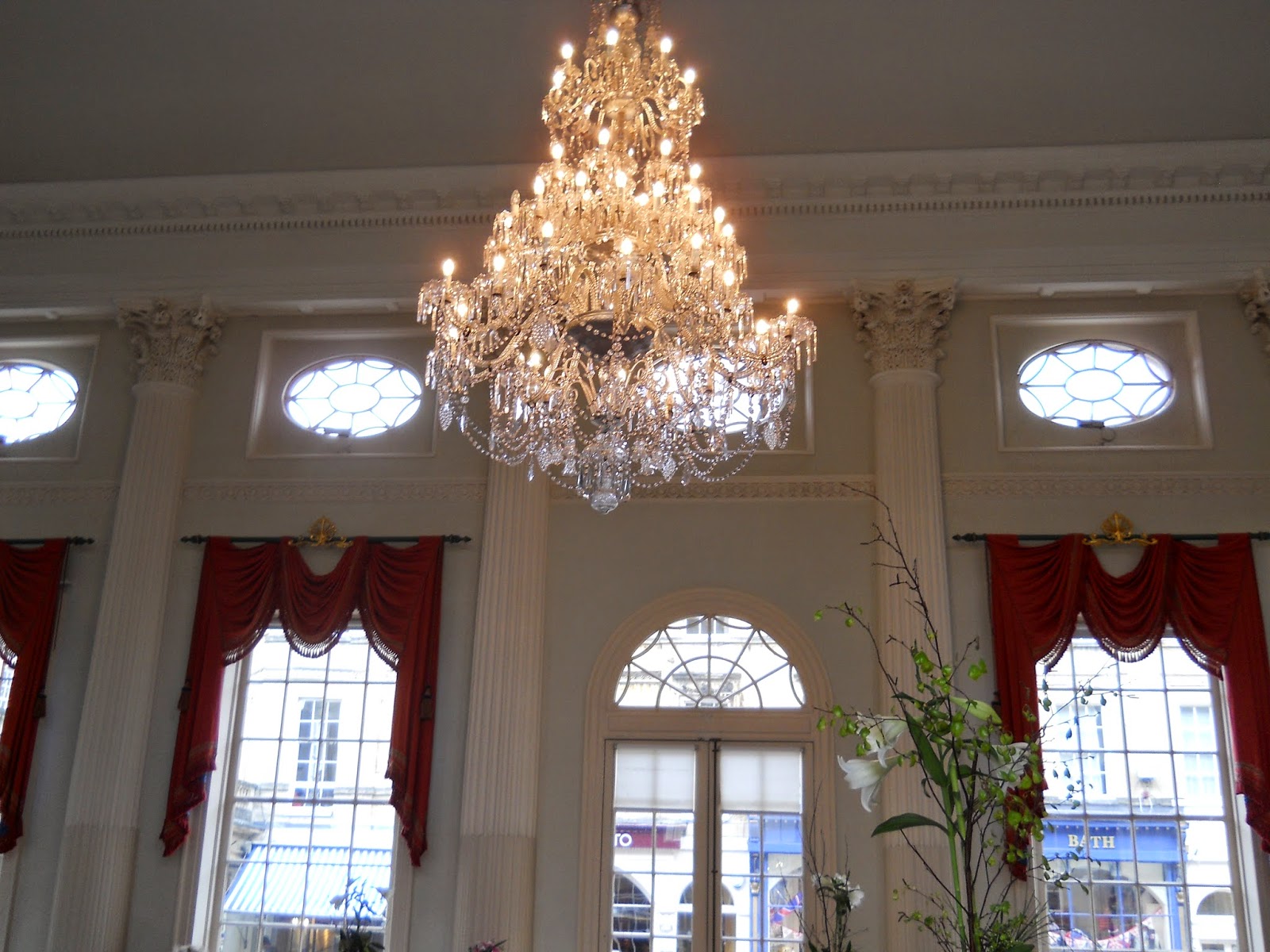 In addition to tea, the pump room also offers you the chance to try the healing waters from the Bath.  This fountain spills out the waters, and appears in one of my favorite movies, Persuasion, based on Jane Austen's book, which took place partially in Bath.  ﻿ 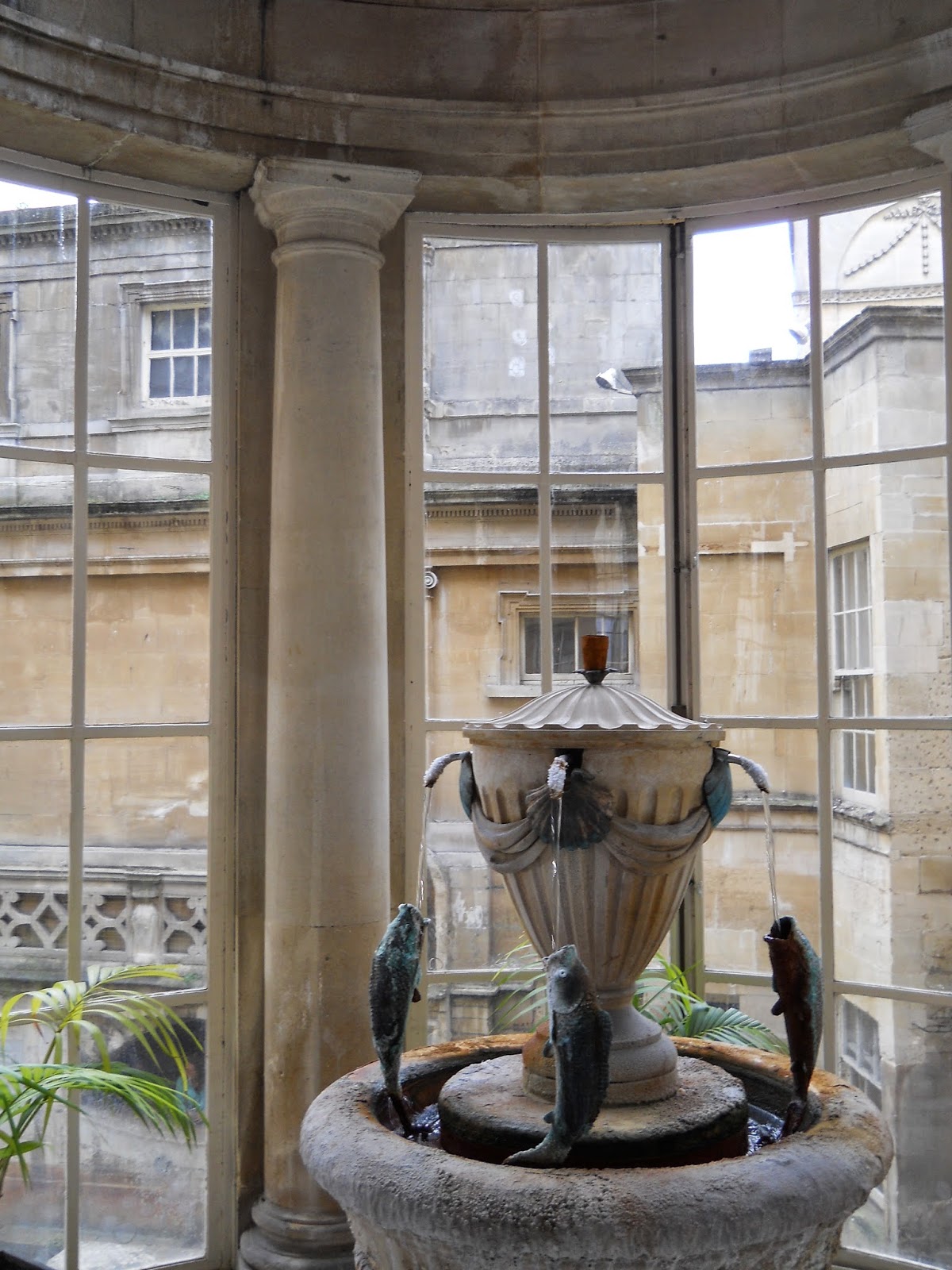 Speaking of Jane Austen, she lived here with her family after her mother became ill--it was hoped that the waters at Bath would be good for her mother's health.  Below are the Assembly Rooms where Jane would have attended balls. 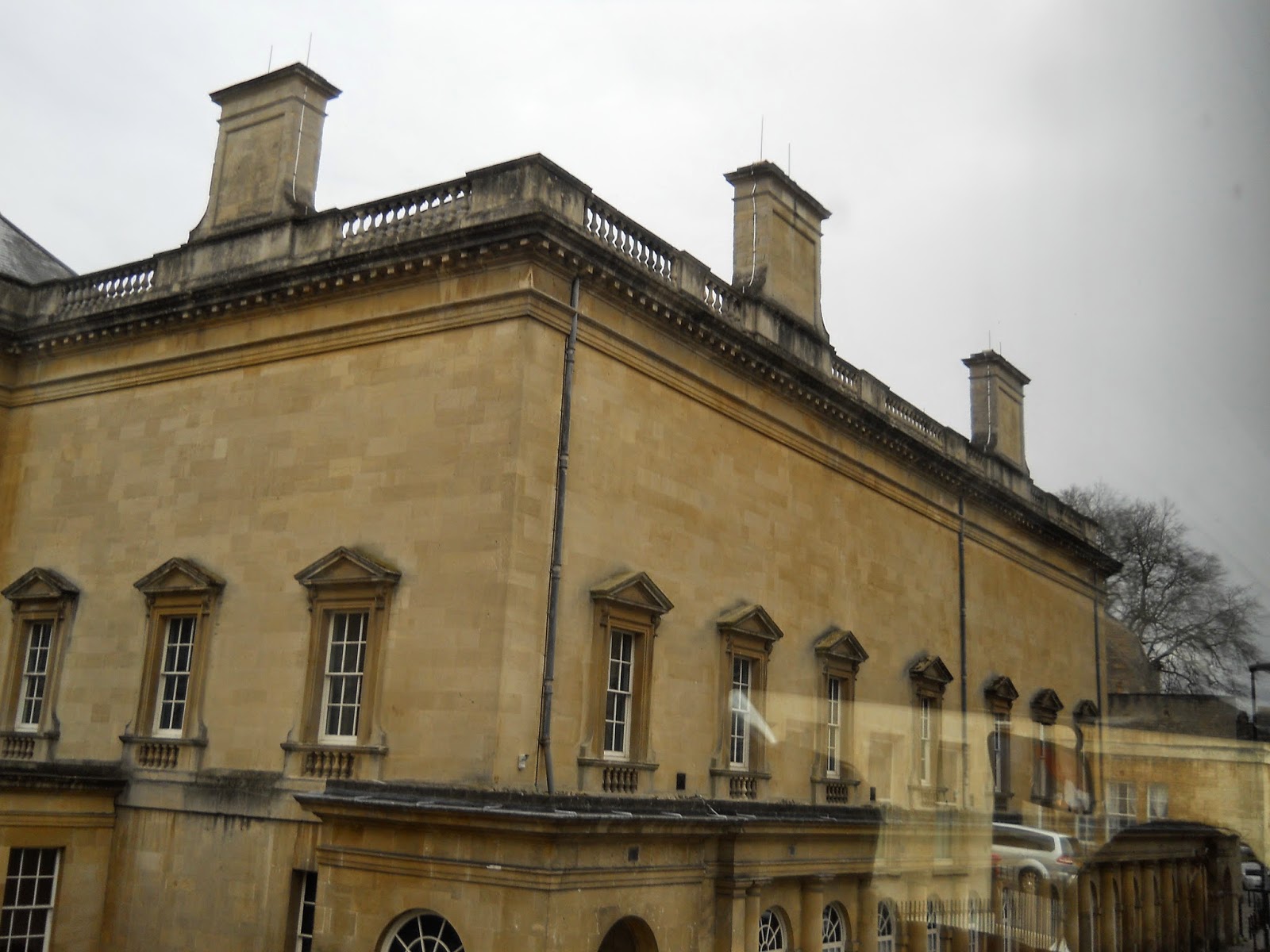 ﻿
Another claim to fame in Bath was that at the site of the current Bath Abbey, Edgar, the first king of England, was crowned in 973. 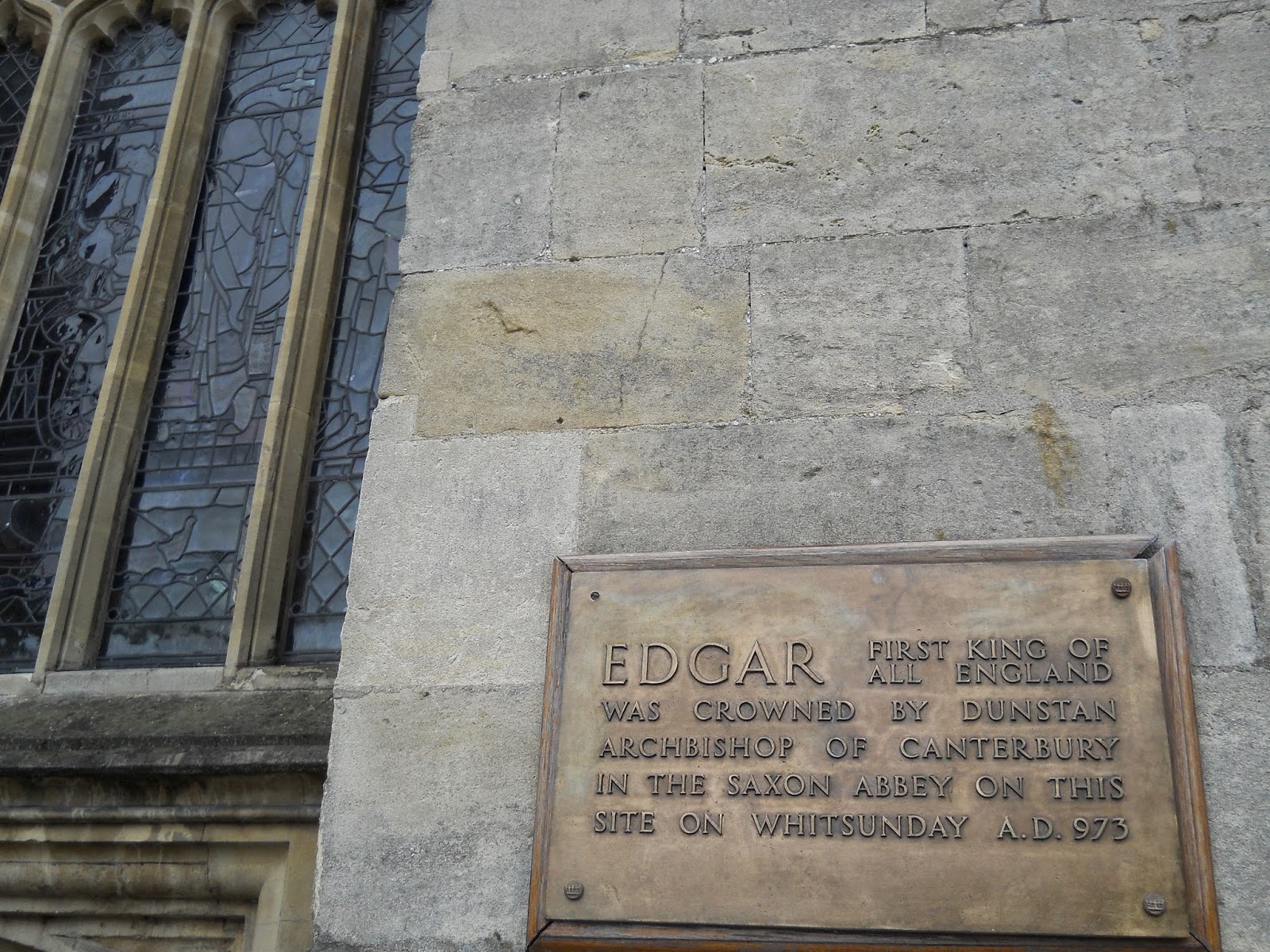 Even though I missed out on tea at the Pump Room, I did have the opportunity to try a famous bath bun.  Unfortunately, I don't remember now where I got it and I didn't get a picture of it either; all I remember was it is a little bakery right on the street that I slipped into while we were waiting for the bus. 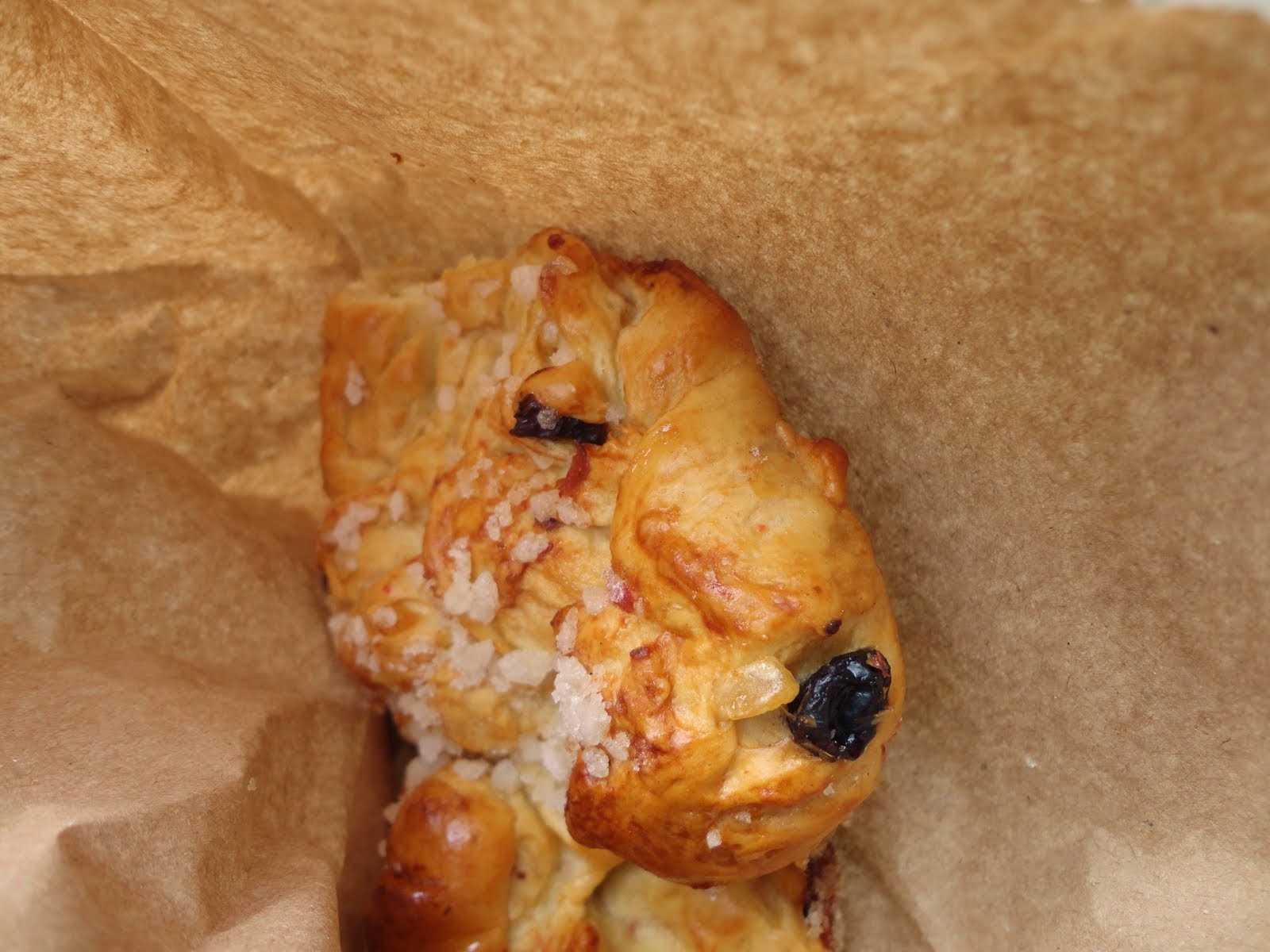 (picture from the internet of a bath bun that looks like the one I ate)
This will be my last post for this week.  Please check back by on Saturday as we cross over into Wales.﻿
Posted by Carrie at 11:23 PM