Over a month ago I posted about my trip to the UK and Ireland last year, including my adventures in finding different types of scones to try.  My least favorite was the fat rascal I purchased in York (for more on York, see here). 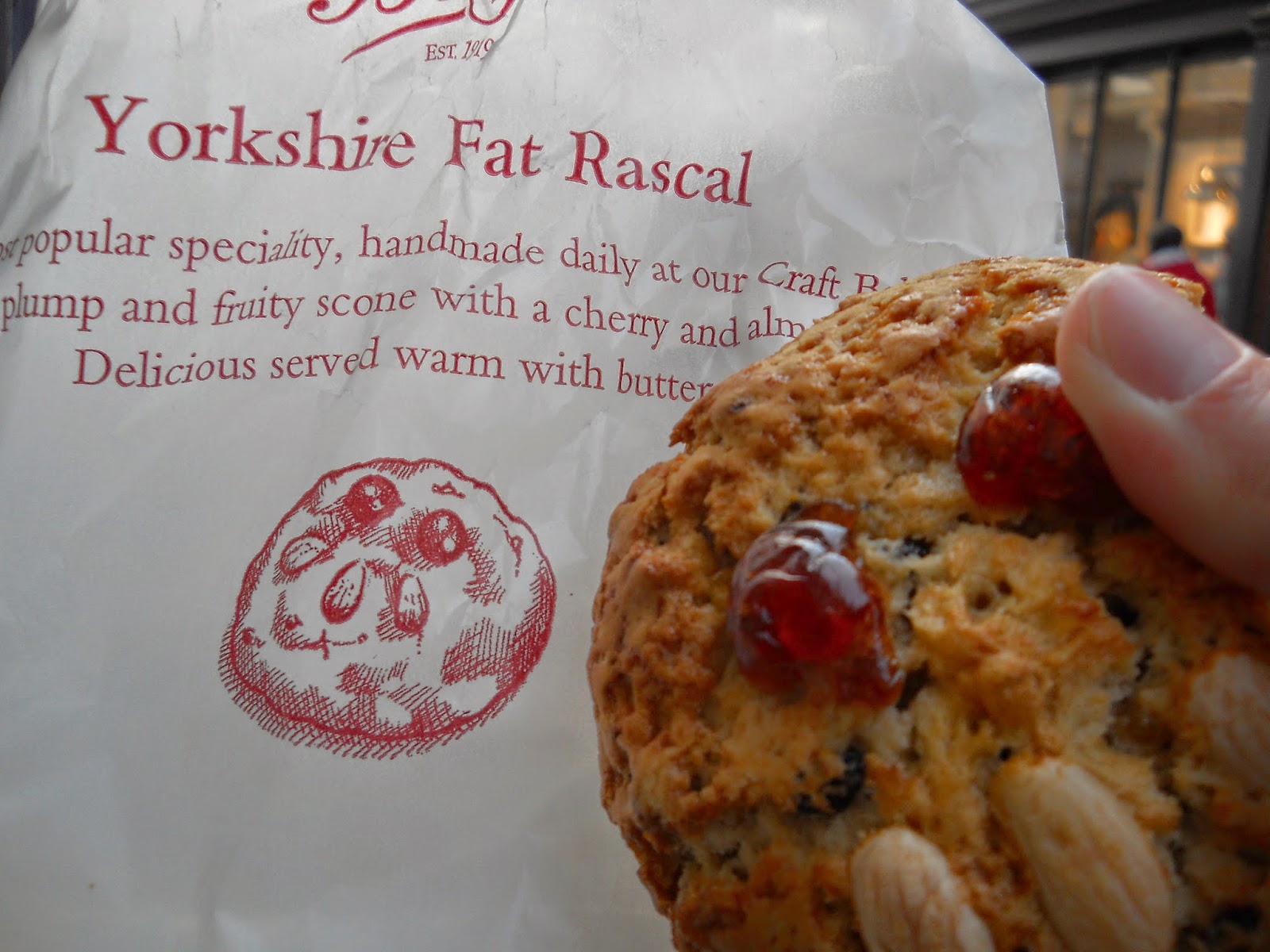 The scone is described as plump and fruity with cherries and almonds--so I should like it!  A few months ago I purchased a tea book called Cupcakes & Afternoon Teas (first mentioned here), that included a recipe for fat rascals.  As soon as I saw that recipe, I knew I would be doctoring it in order to make it more to my liking.  I found that the recipe included glace (candied) cherries and mixed peel (called citron in the U.S.--think fruitcake).  I am not a big fan of candied fruit, so I knew that had to go (and was probably why I wasn't a big fan).  So, here is my version of a fat rascal:
﻿ 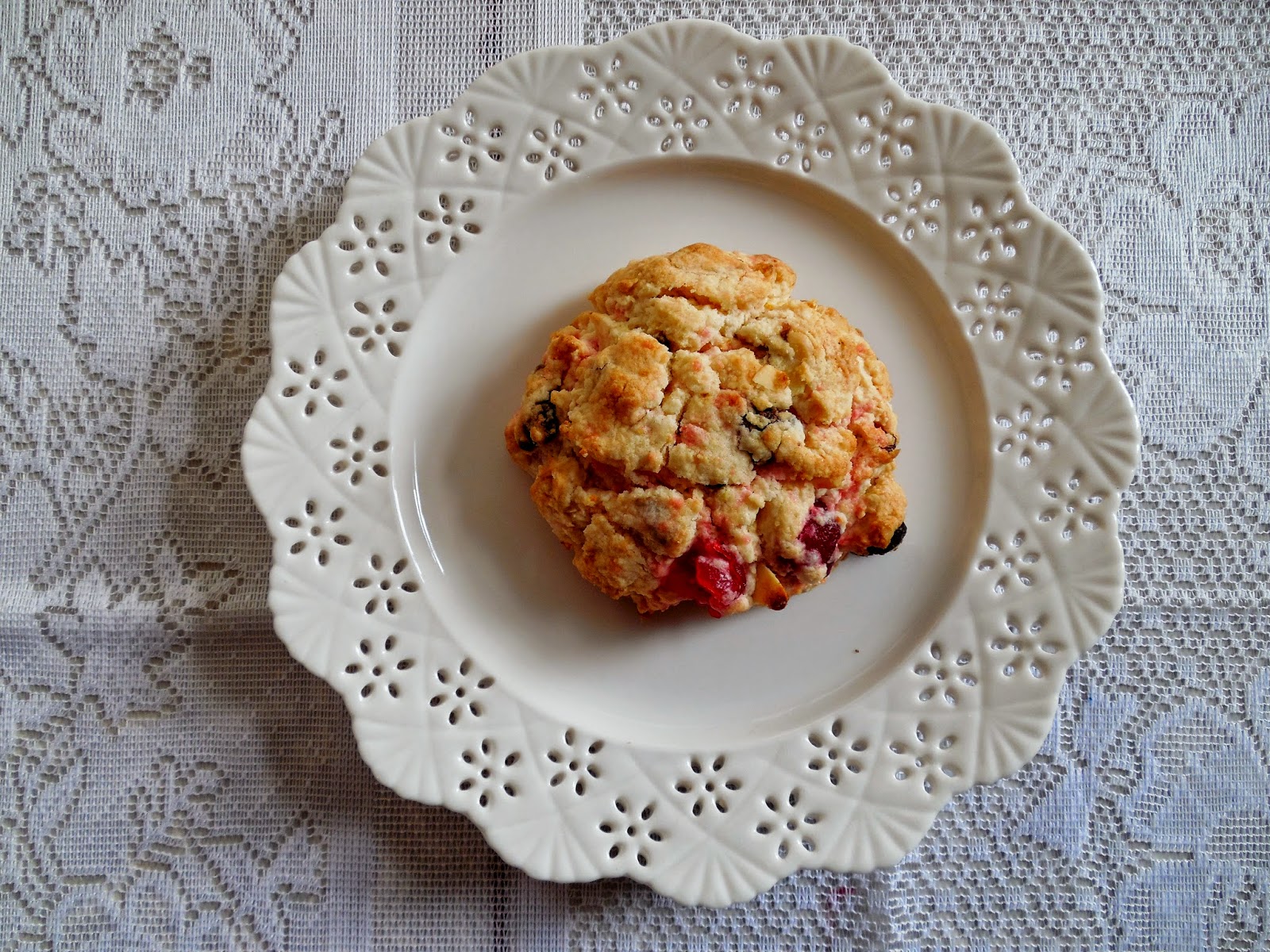 1.  Preheat oven to 400.  Line a baking sheet with parchment paper.
2.  Sift the flour in a large bowl.  Cut in butter with a pastry blender until the mixture resembles fine breadcrumbs.
3.  Stir in sugar.  Add zest and almonds. Add dried fruit and cherries, tossing to coat in flour mixture.
4.  In a small bowl, lightly beat egg and stir into flour mixture.  Add sufficient milk to gather the mixture into a ball of dough, mopping up all the dry ingredients.  The dough should have a soft texture, but not be too wet.
5.  With lightly floured hands, divide the dough into desired sized balls, flattening into rough circles on the tray.  Makes about 10.
6.  Cook for 15-20 minutes until risen and golden brown.
﻿ 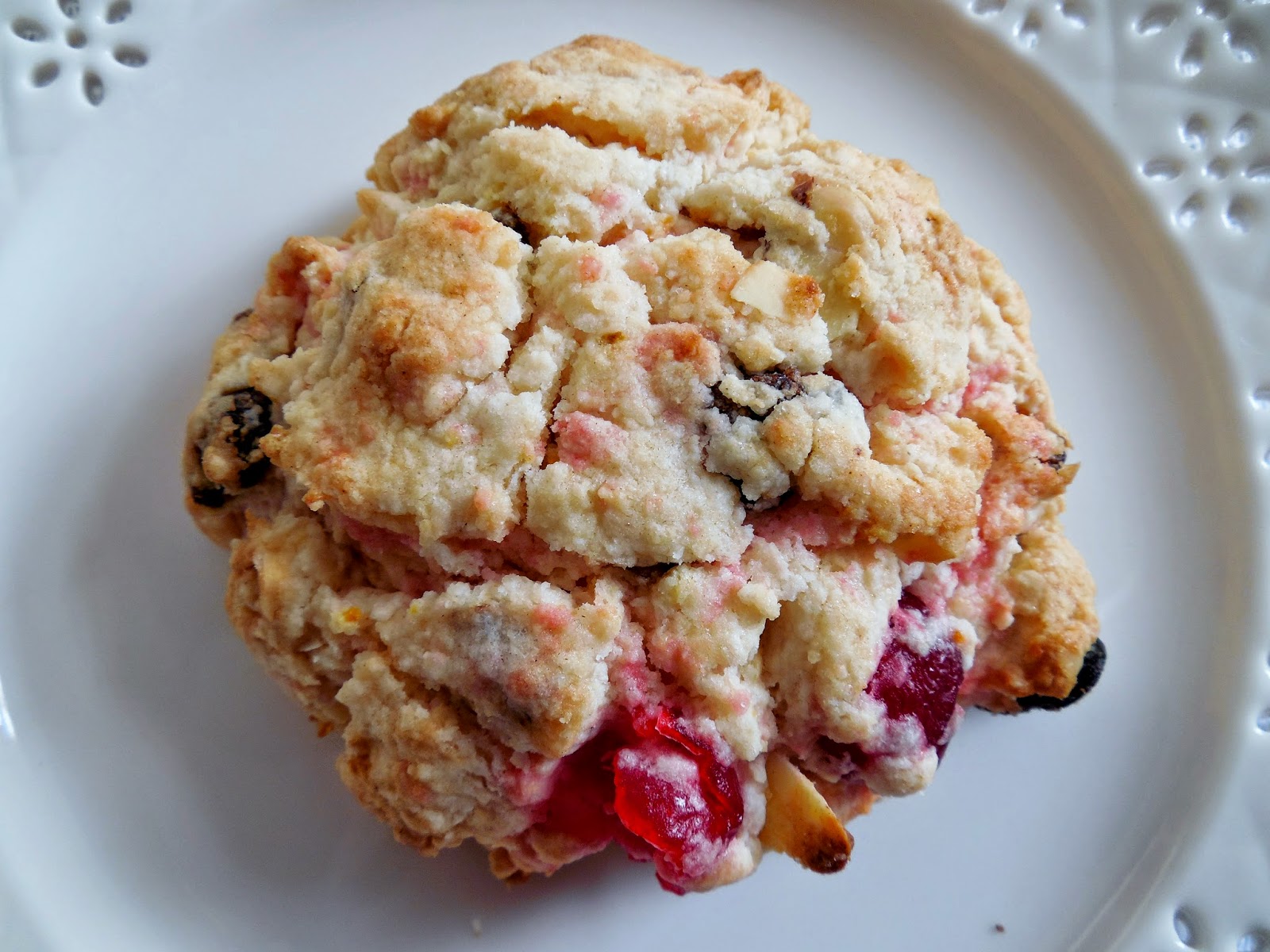