We began our tour of Charleston with the Aiken Rhett House, built in 1820.  ﻿ 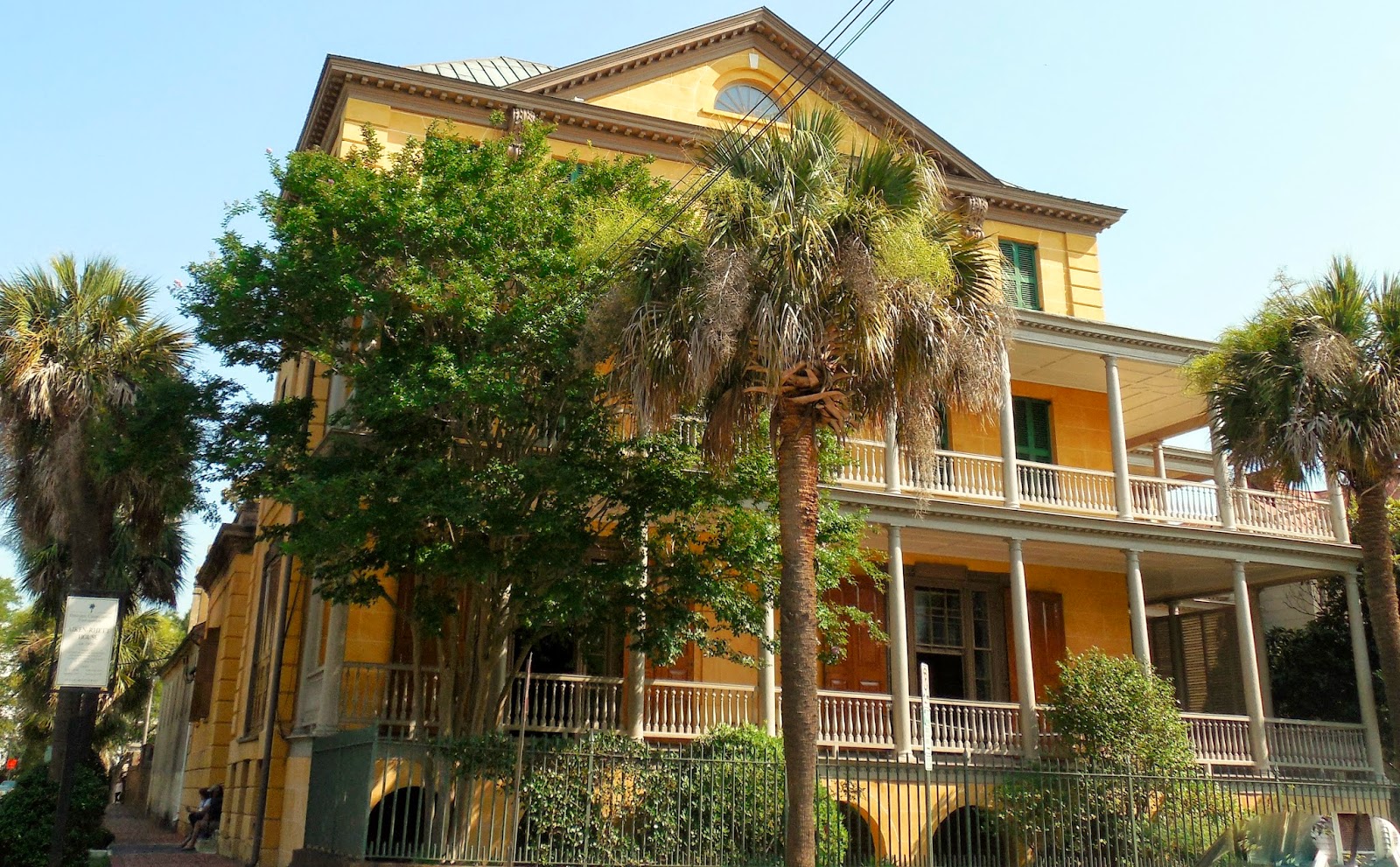 The piazzas on this house (the name of the huge double porches on the house) were beautiful.  The below picture includes a large joggling bench on the piazza, a local invention.  The joggling bench (sometimes called a courting bench) rocks back and forth. 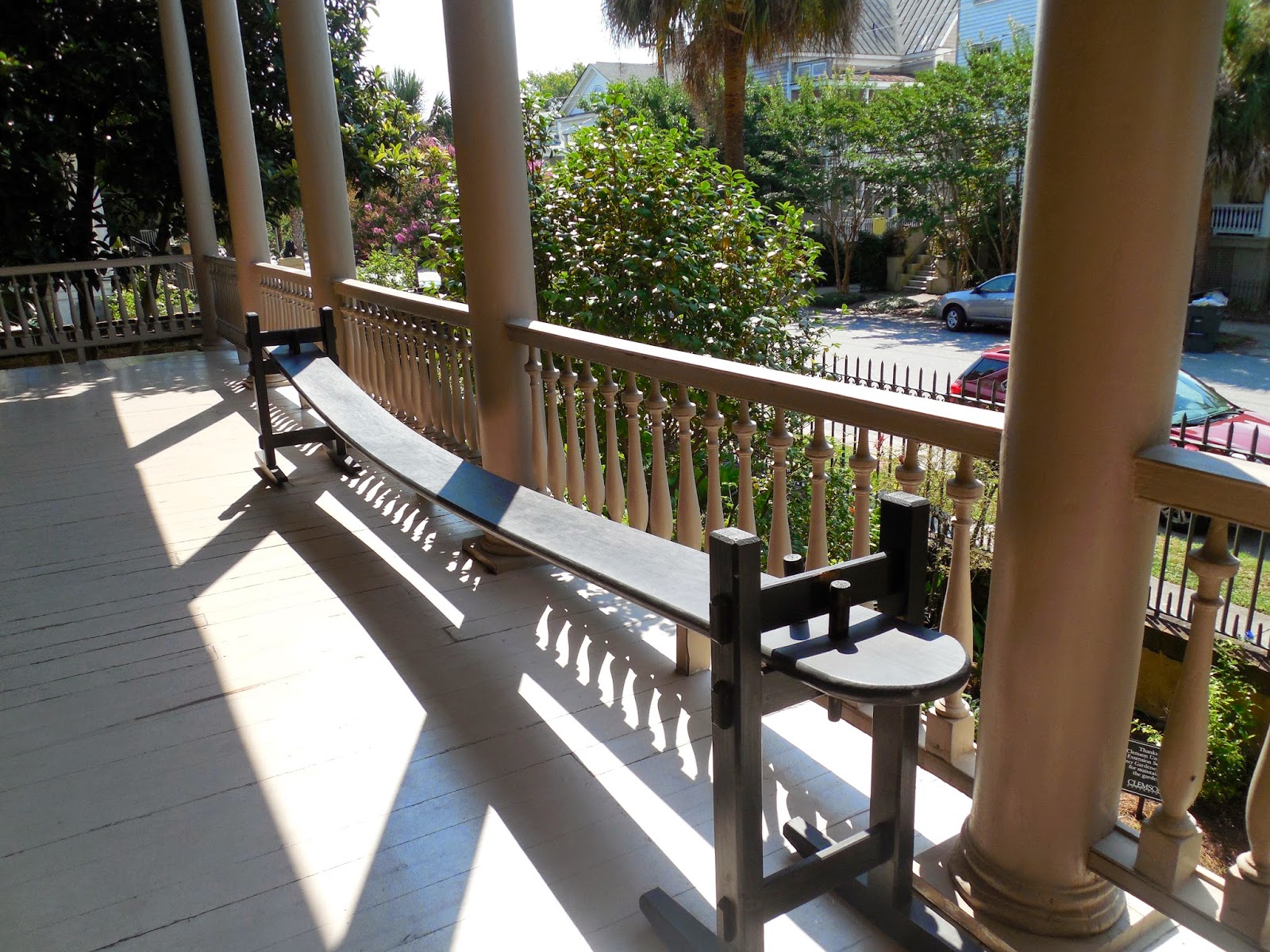 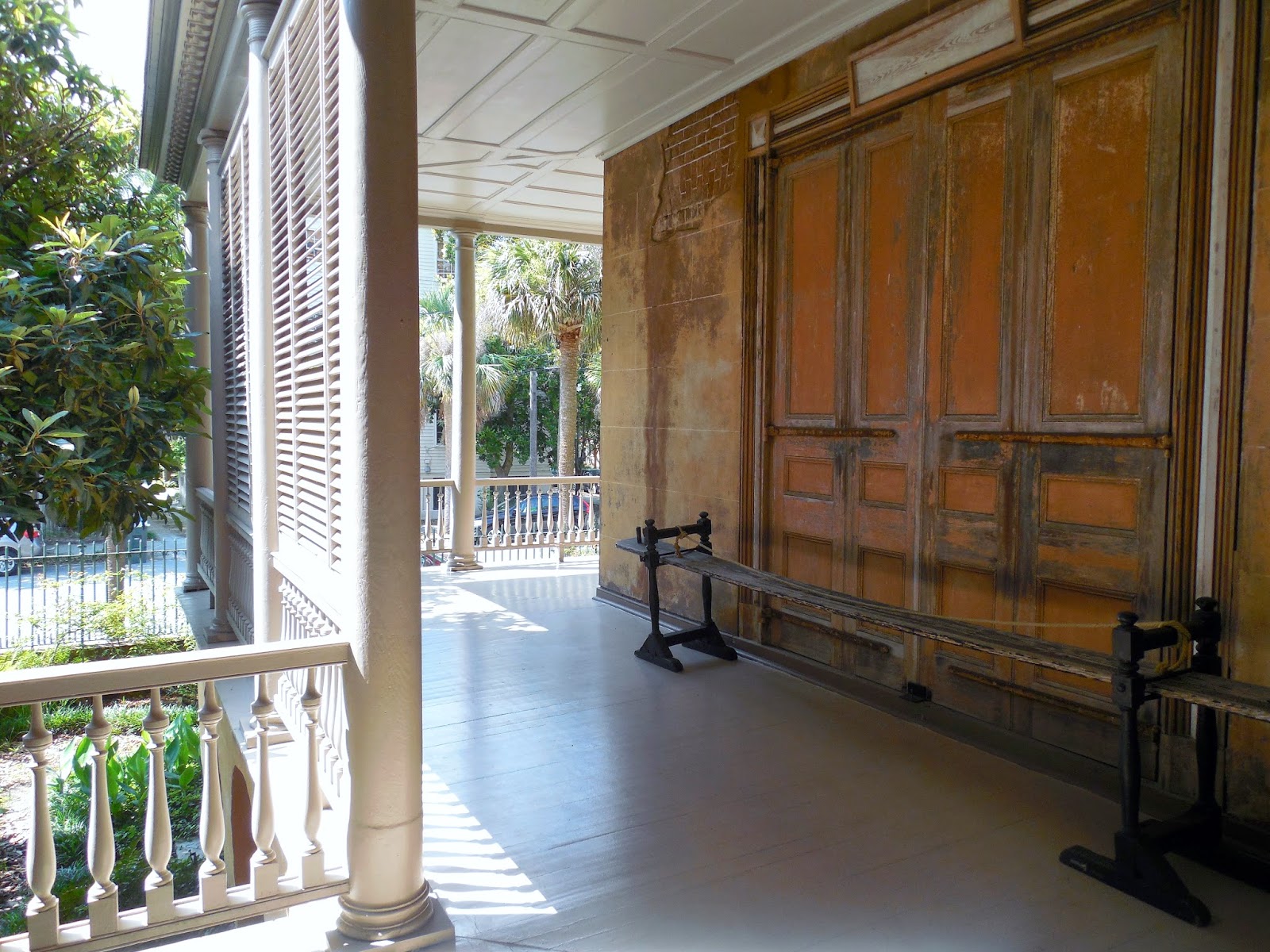 The house actually made me rather sad.  The outside is lovely and we entered into this beautiful staircase of marble with carved mahogany banister. 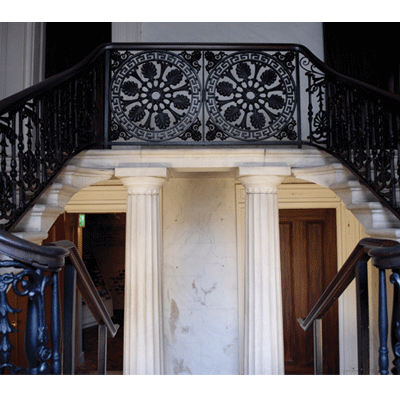 (from the internet)
But when we continued through the house, the full meaning of the house just being preserved and not restored became apparent..﻿ 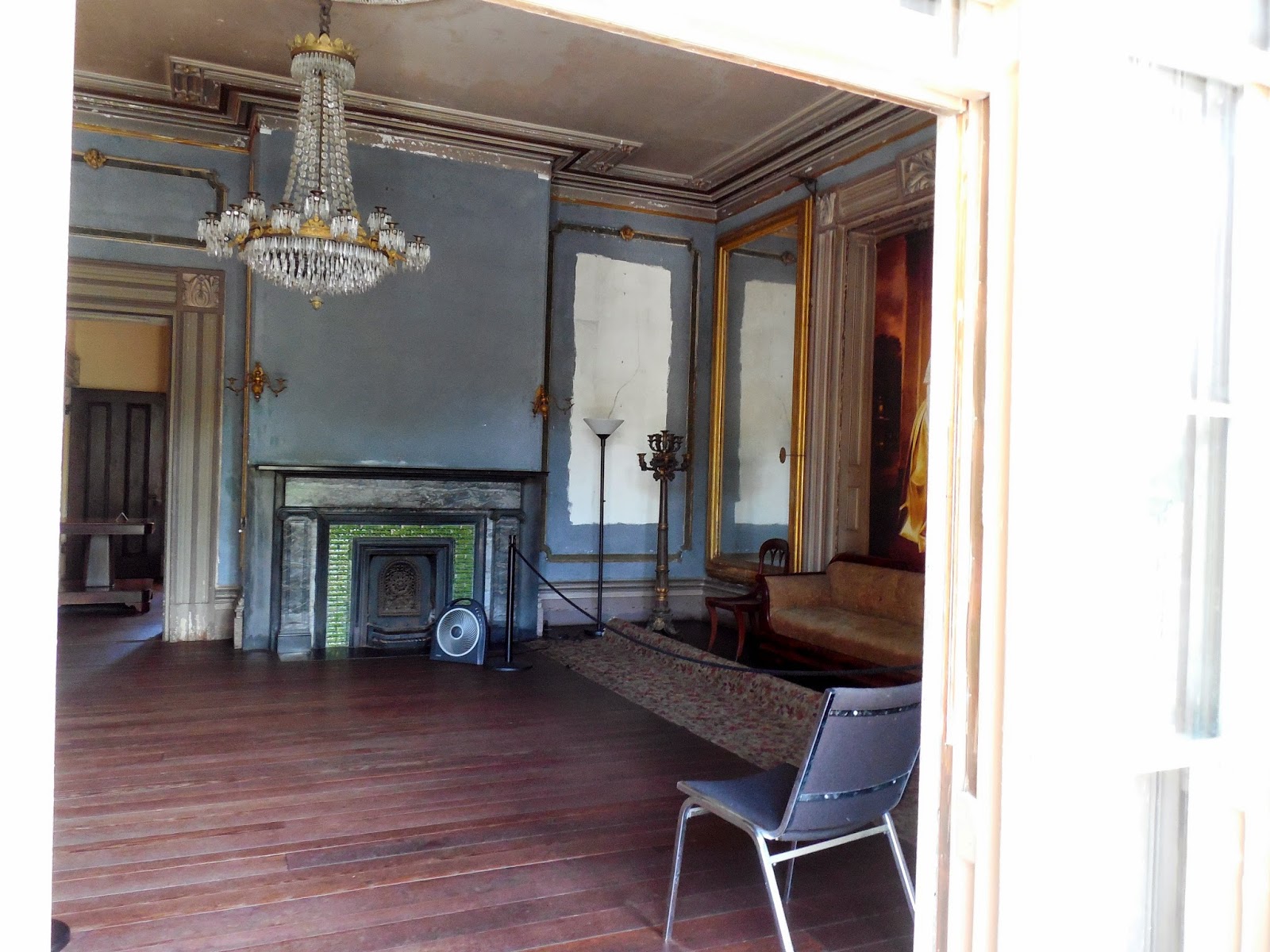 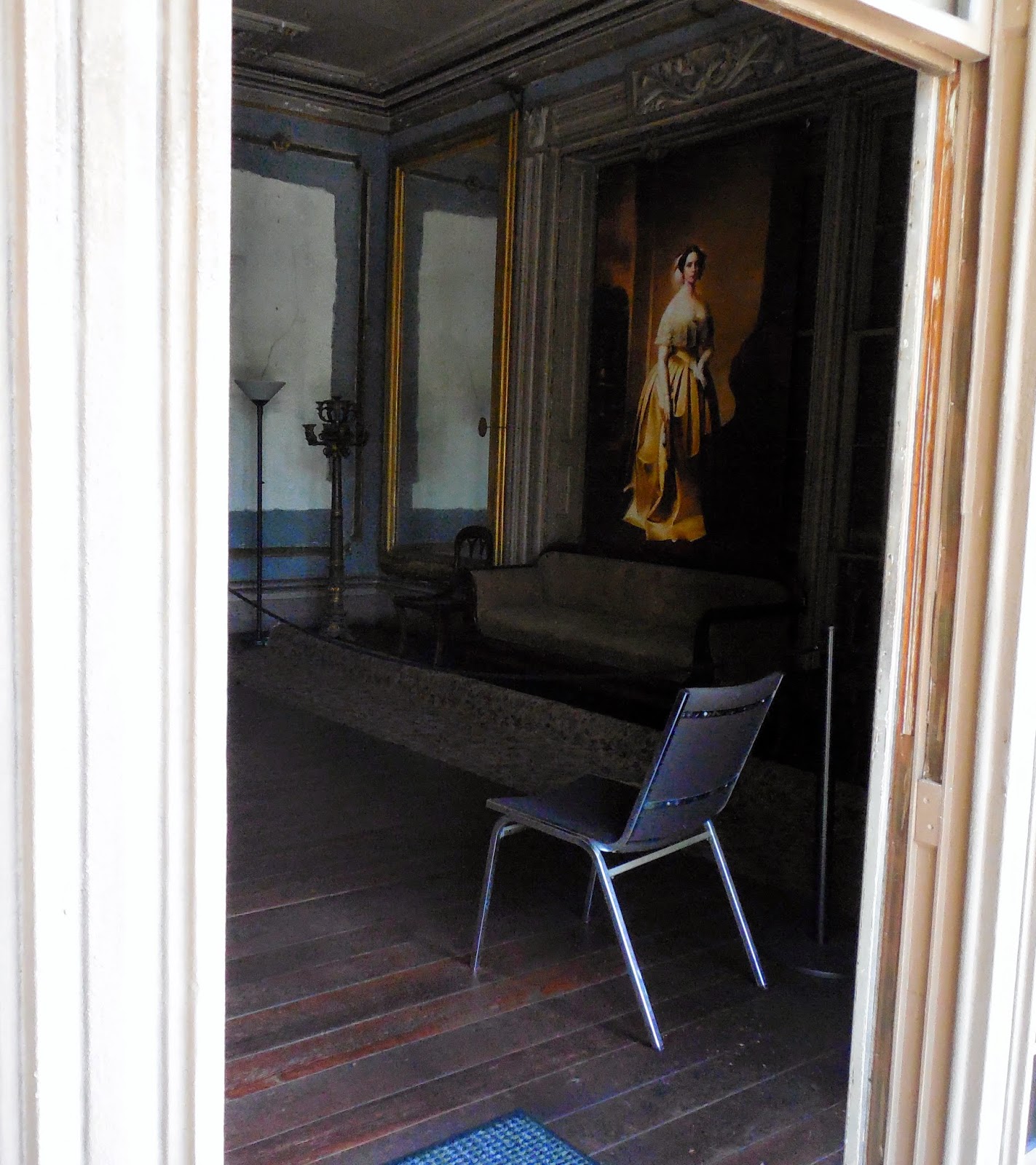 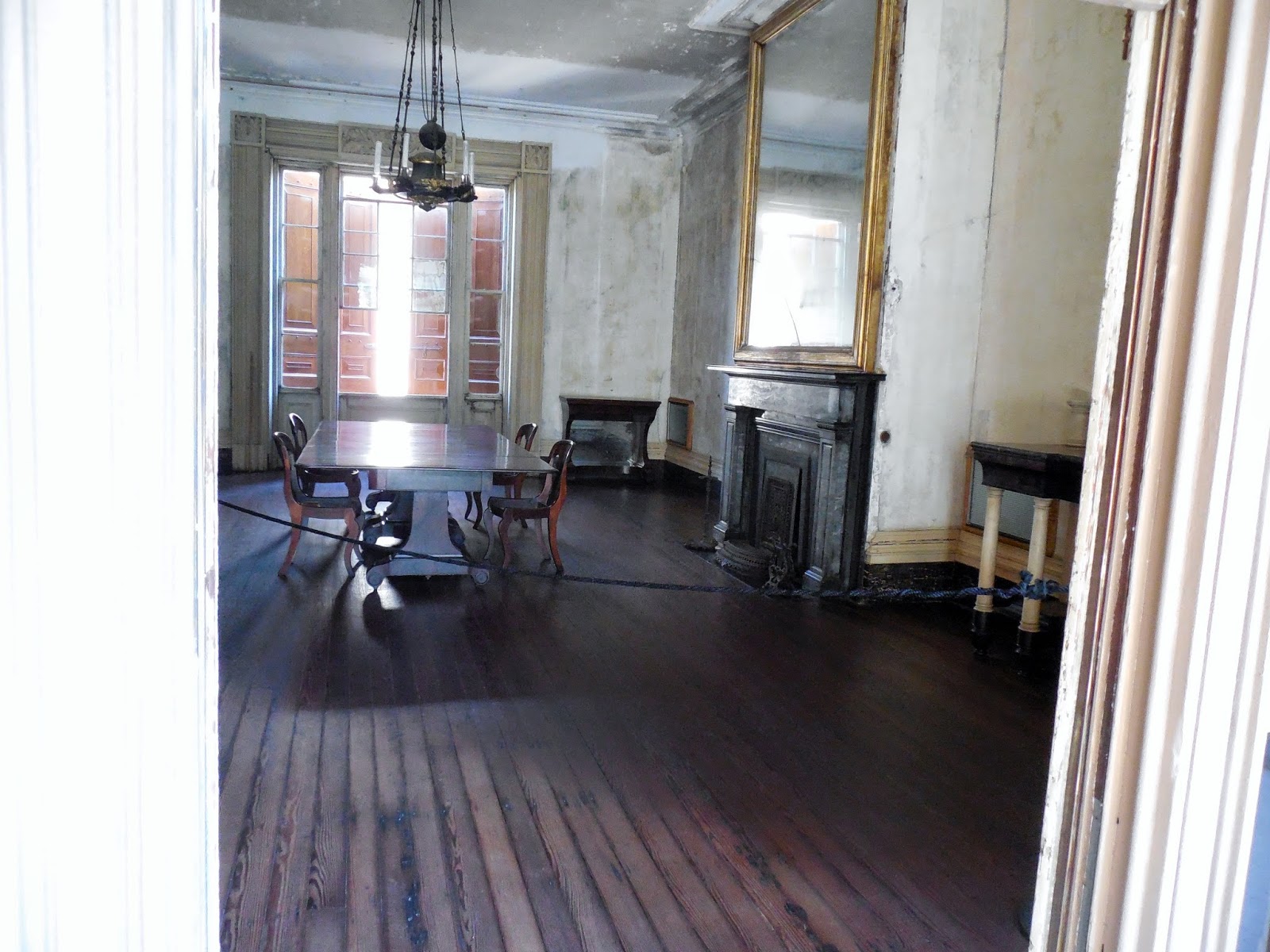 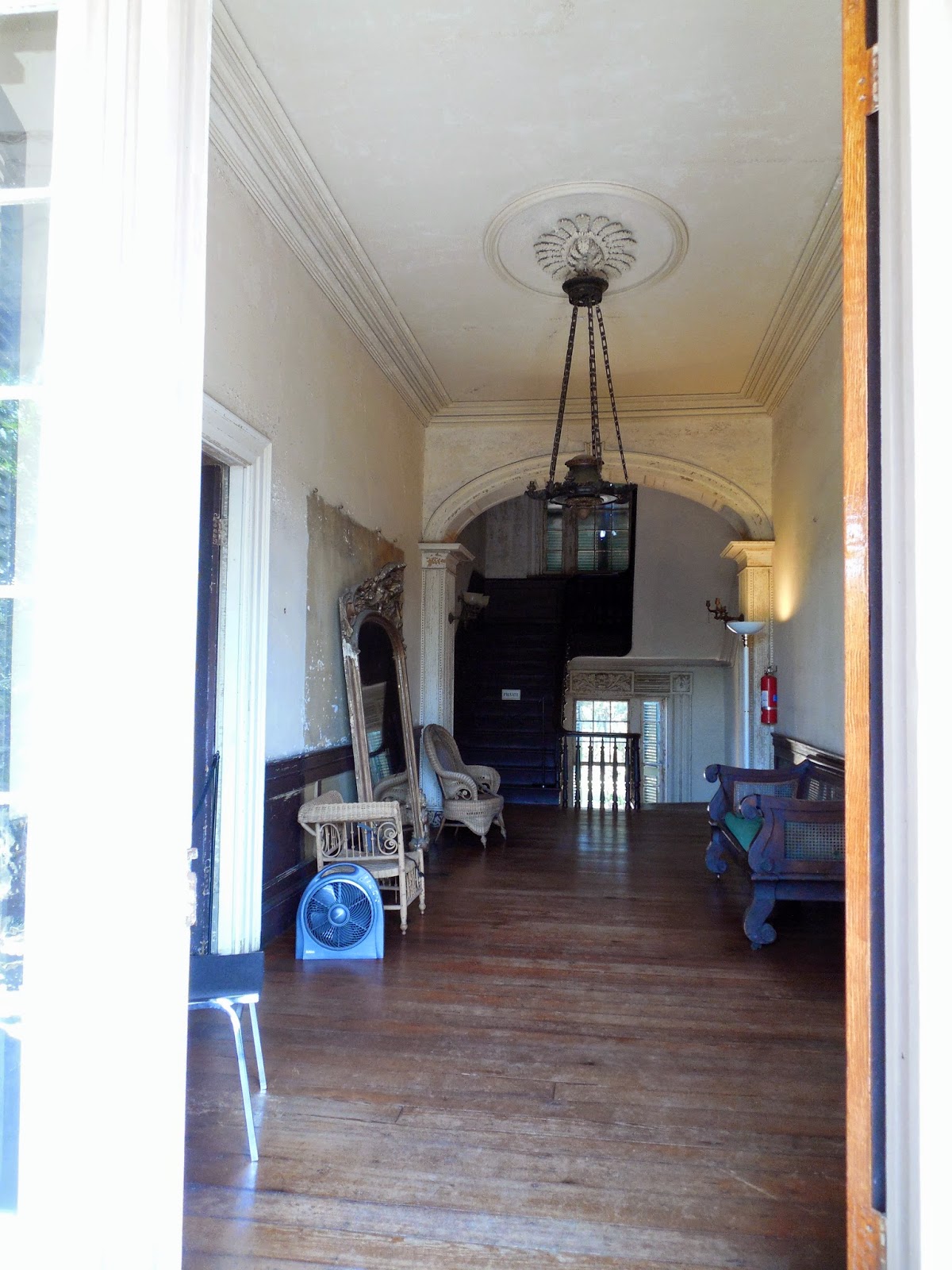 You could tell that the house was beautiful at one time, and echoes of its former elegance were throughout the house, but the current state doesn't reflect its true beauty.
Conversely, the second house we went in, the Nathaniel Russell House, which was built in 1808, was beautiful and restored. ﻿ 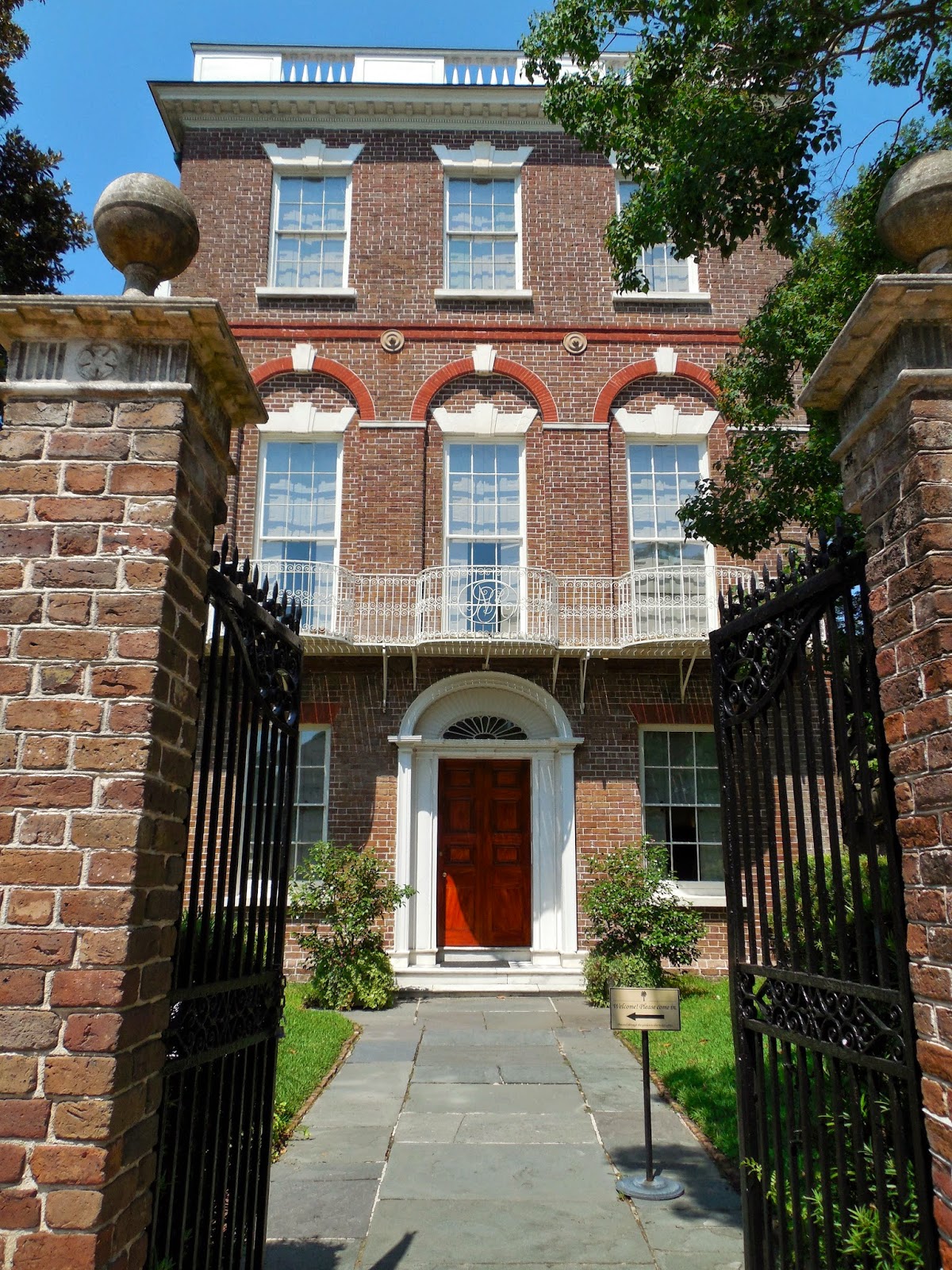 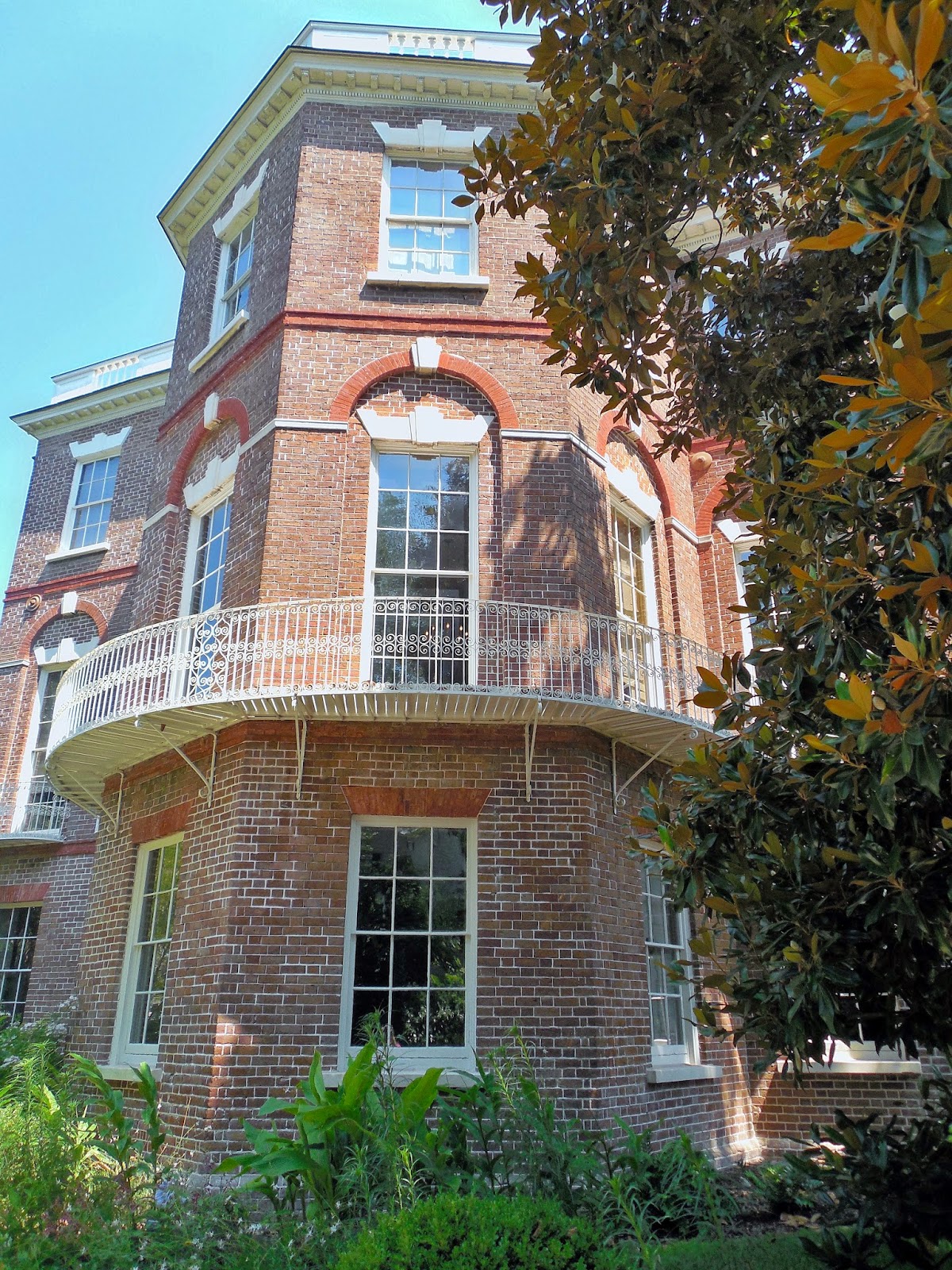 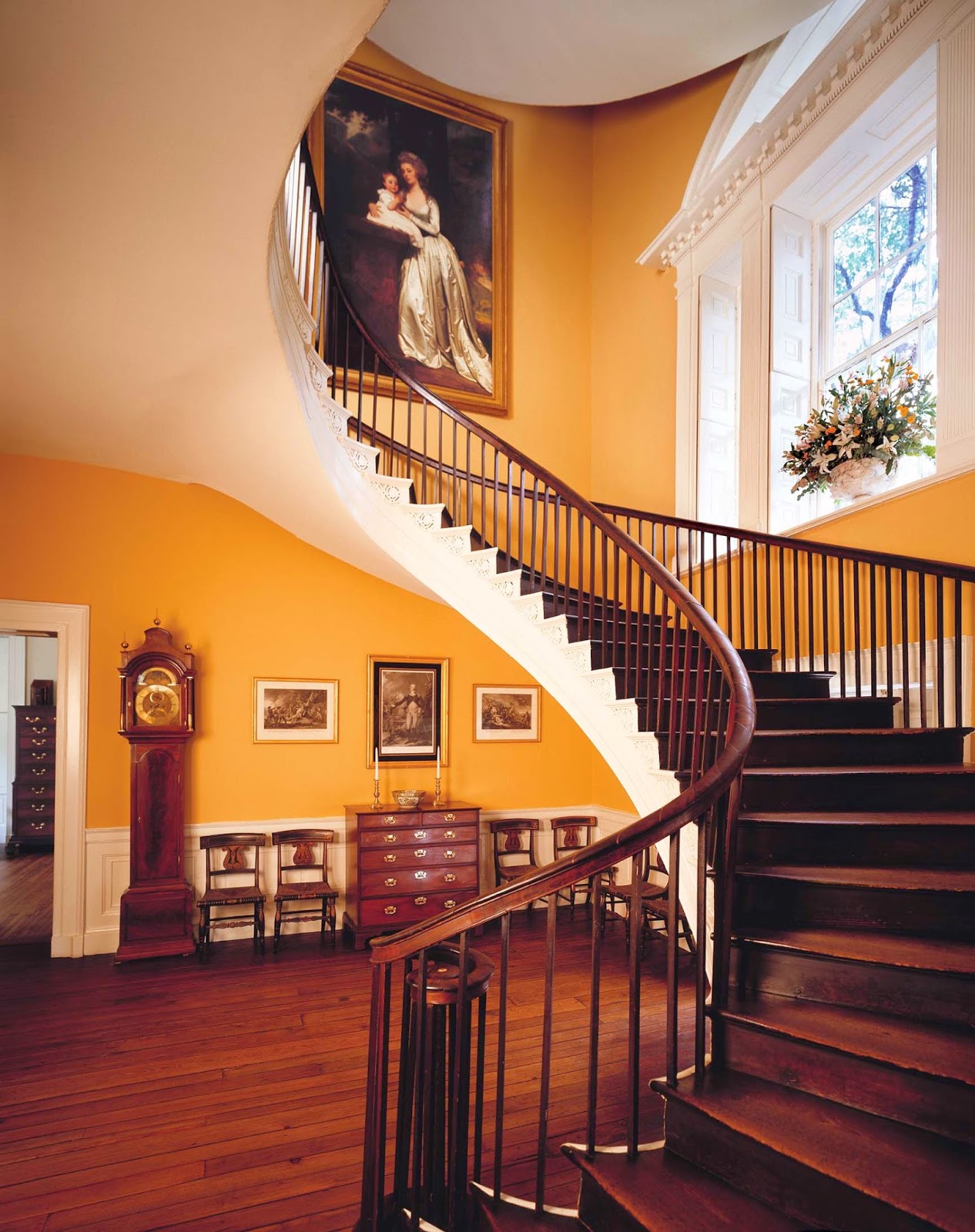 (picture from the internet)
My favorite room in the house was the "Music Room" below, one of the public rooms.  After dinner the ladies would take tea and snacks in this room while the men remained in the dining room with cigars and brandy.  You can't tell in this picture, but this room had beautiful gold accents in the trim.  I'd love to take tea here! 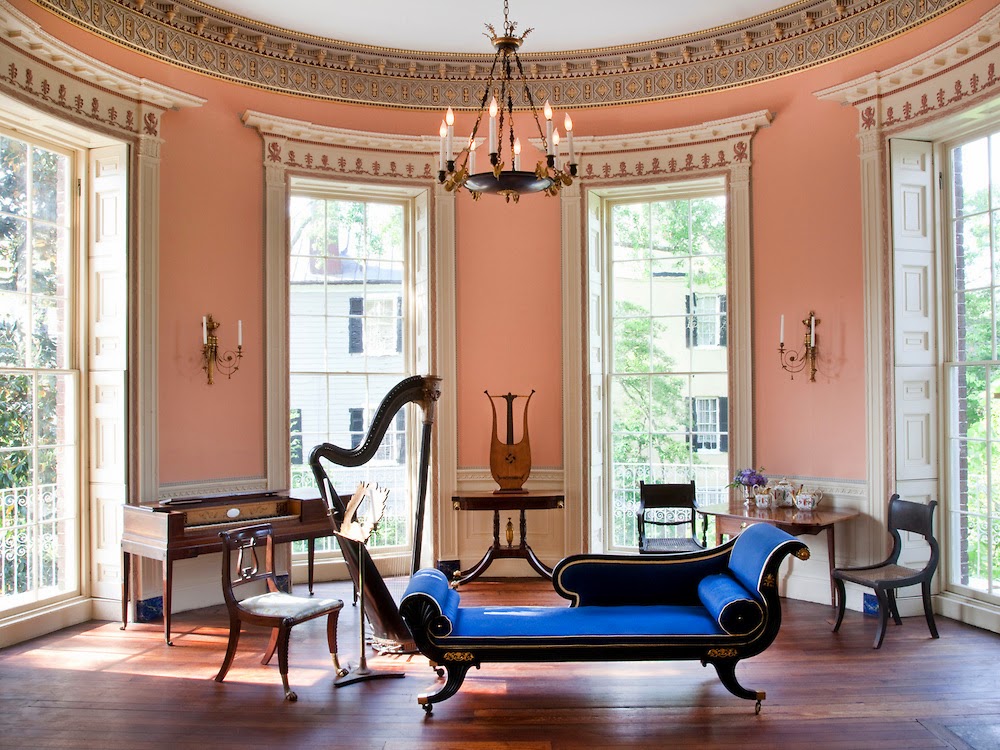 (Picture from the internet).
After leaving the Nathaniel Russell house, we walked up the street, passing a carriage tour in front of a beautiful house,﻿
﻿ 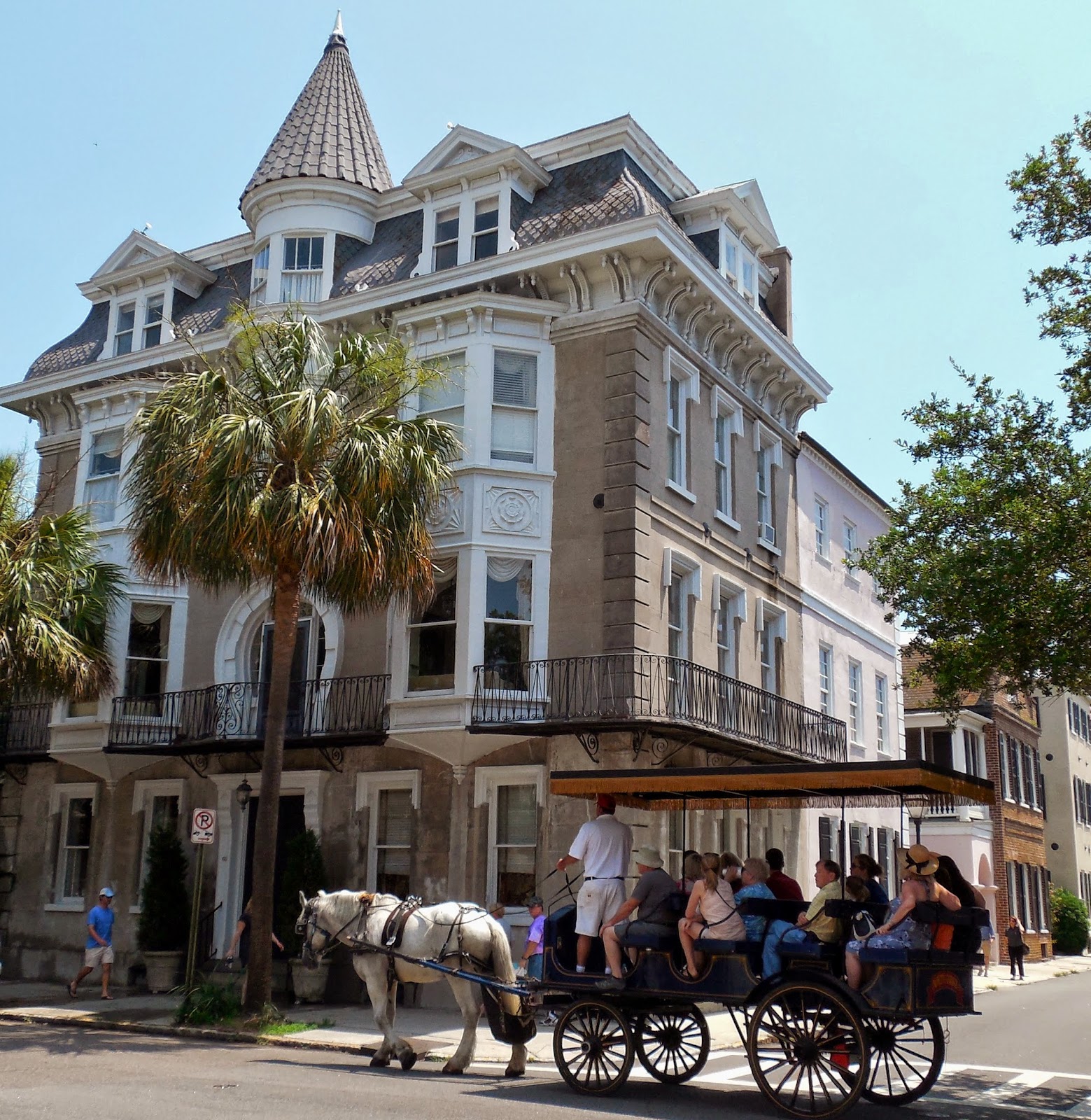 until we reached St. Michael's Episcopal Church, which was built between 1751 and 1761, making it the oldest church in Charleston. 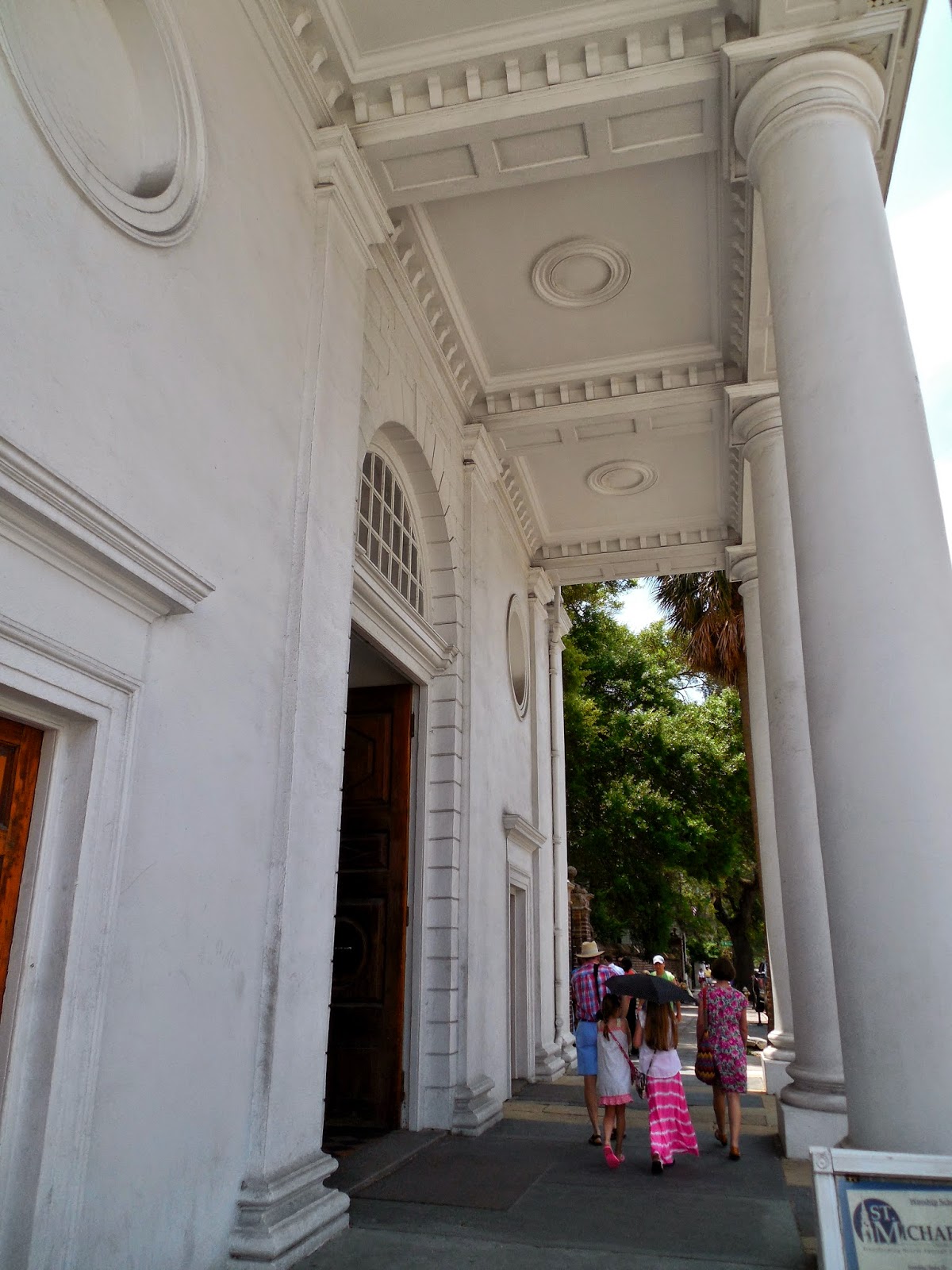 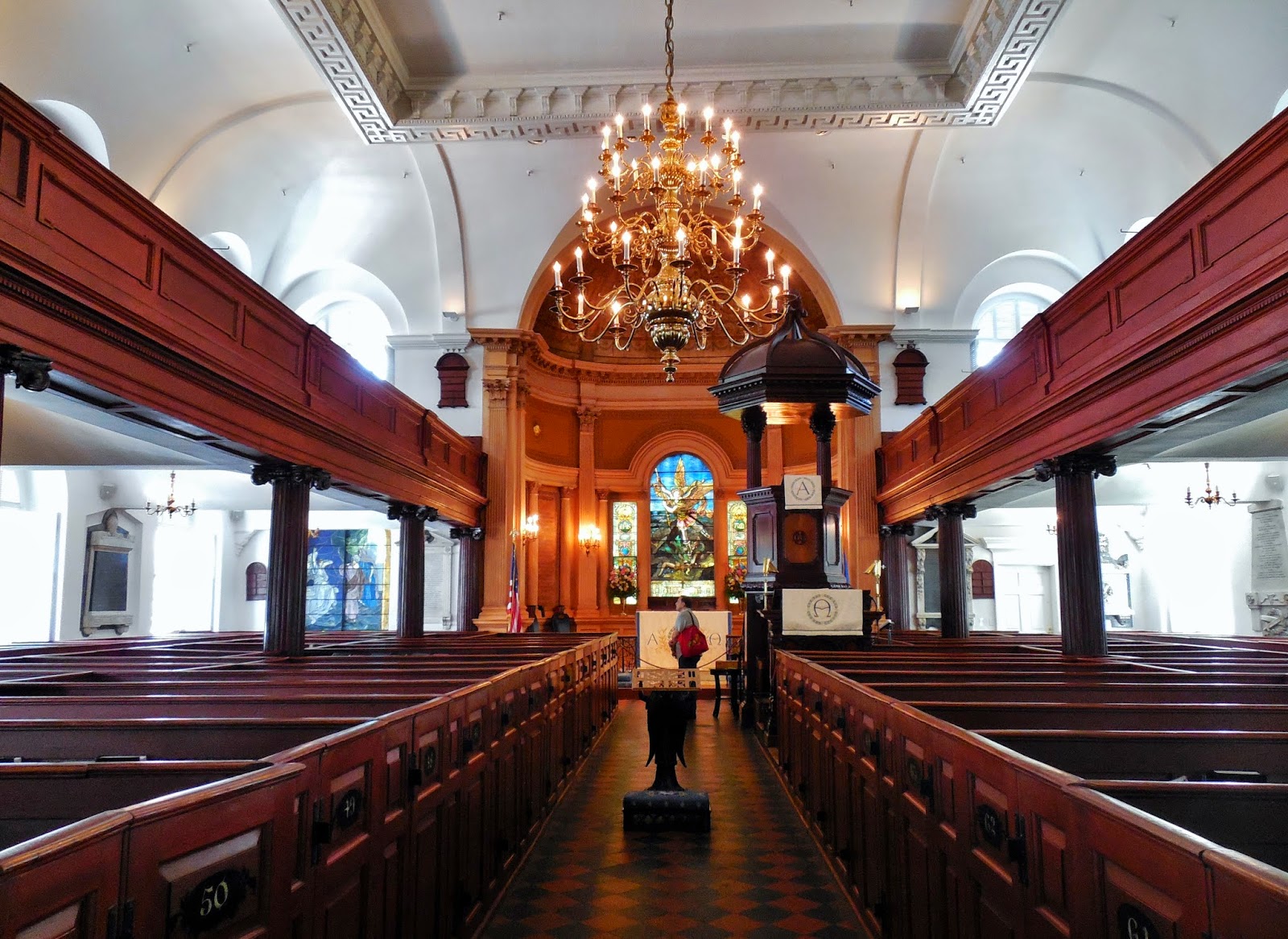 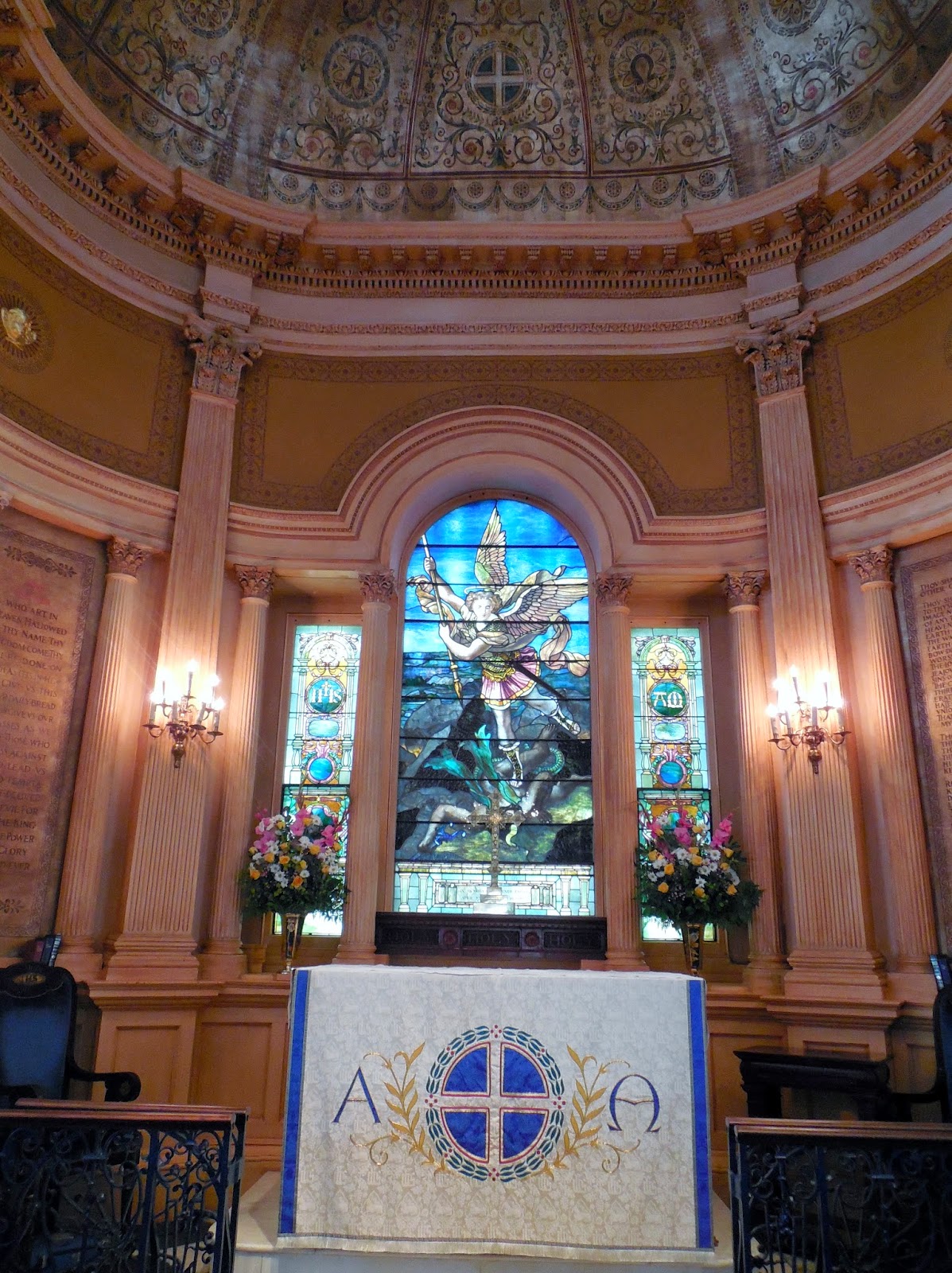 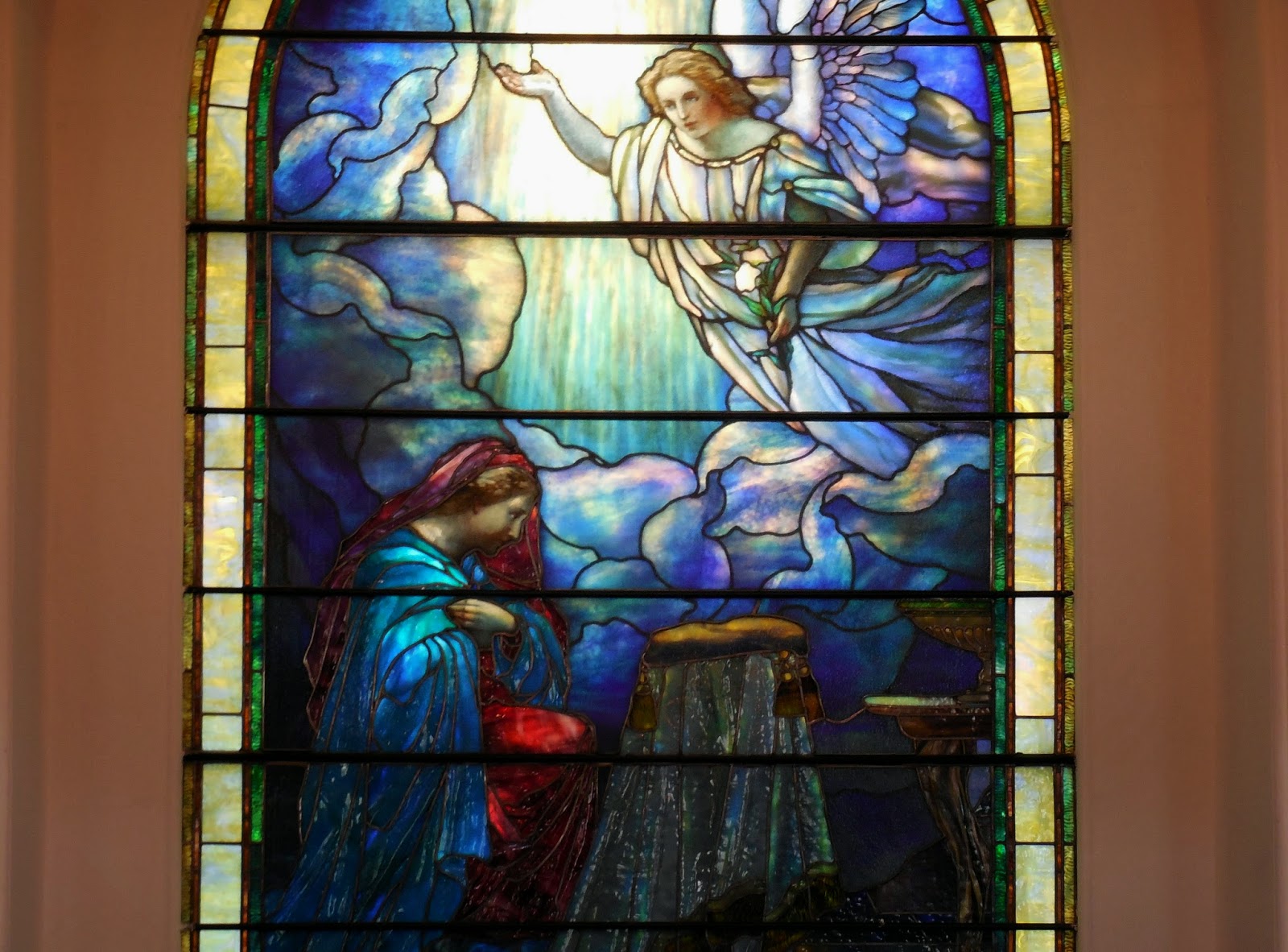 It was beautiful.  From the church we walked up to another colonial building, the Old Exchange and Provost building.  This building was built between 1767-1771. 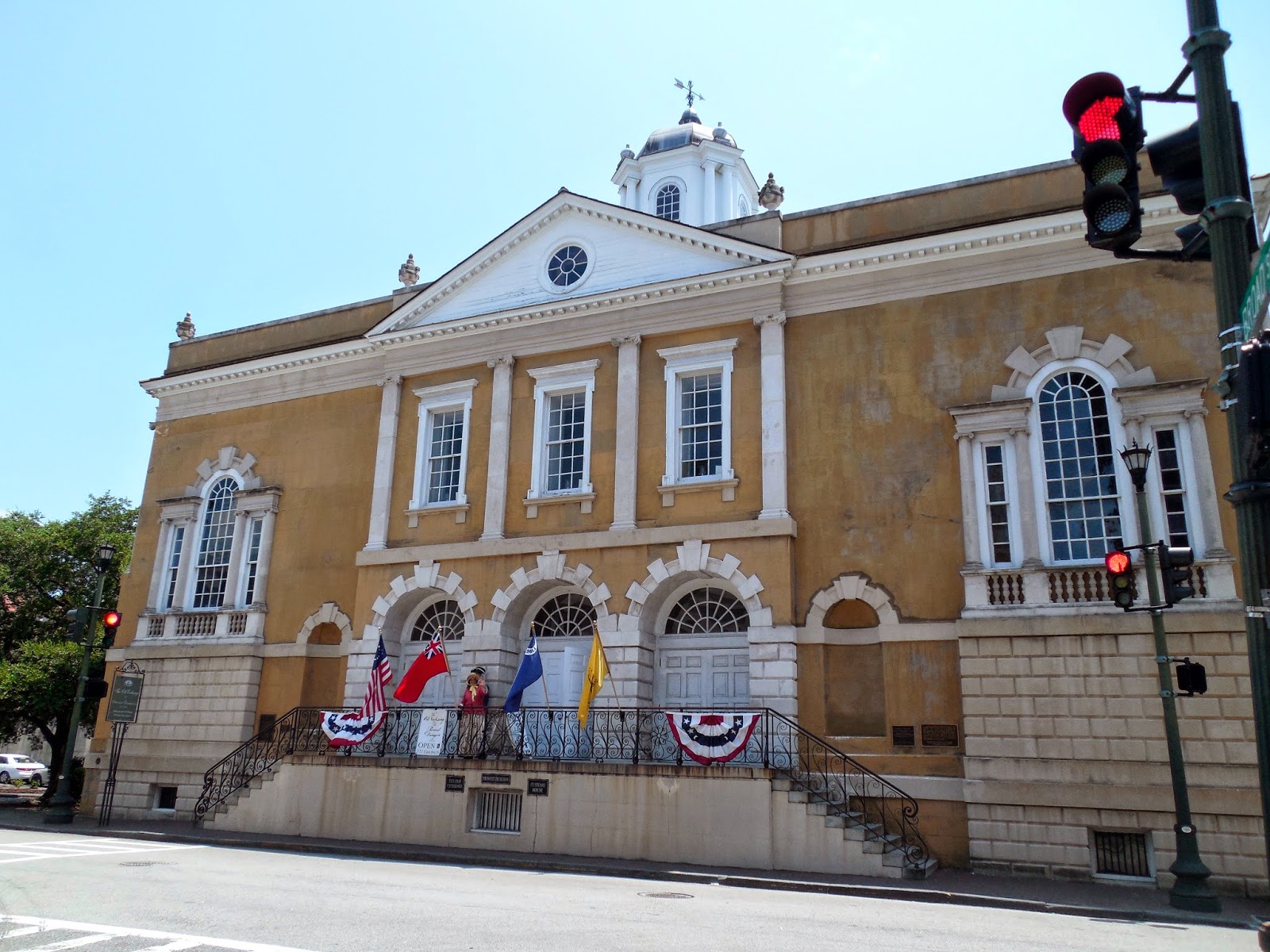 ﻿
The basement of this building, originally used for storage, became a jail during the American Revolution. 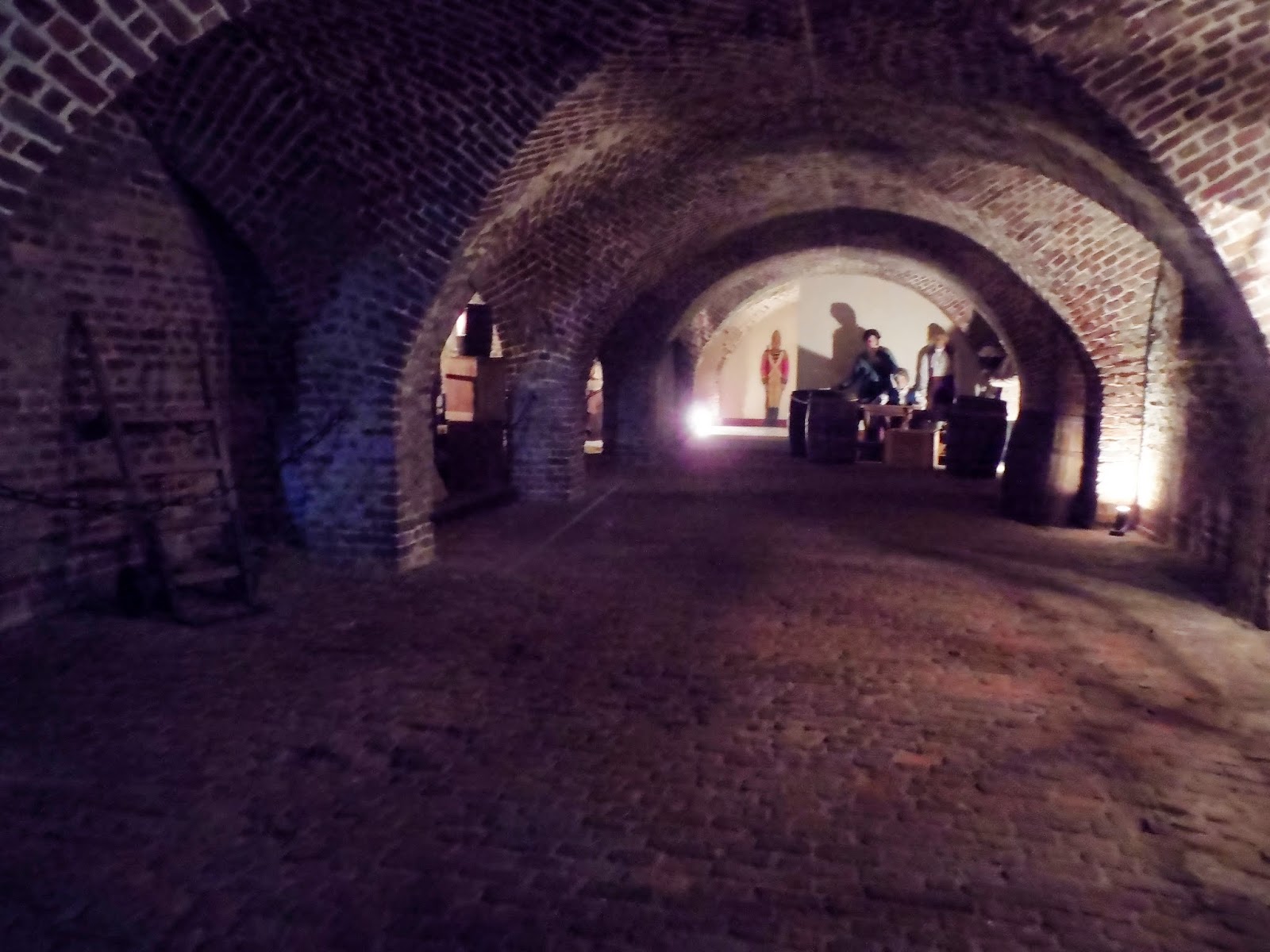 Conversely the upper level was an assembly room for the people of town. 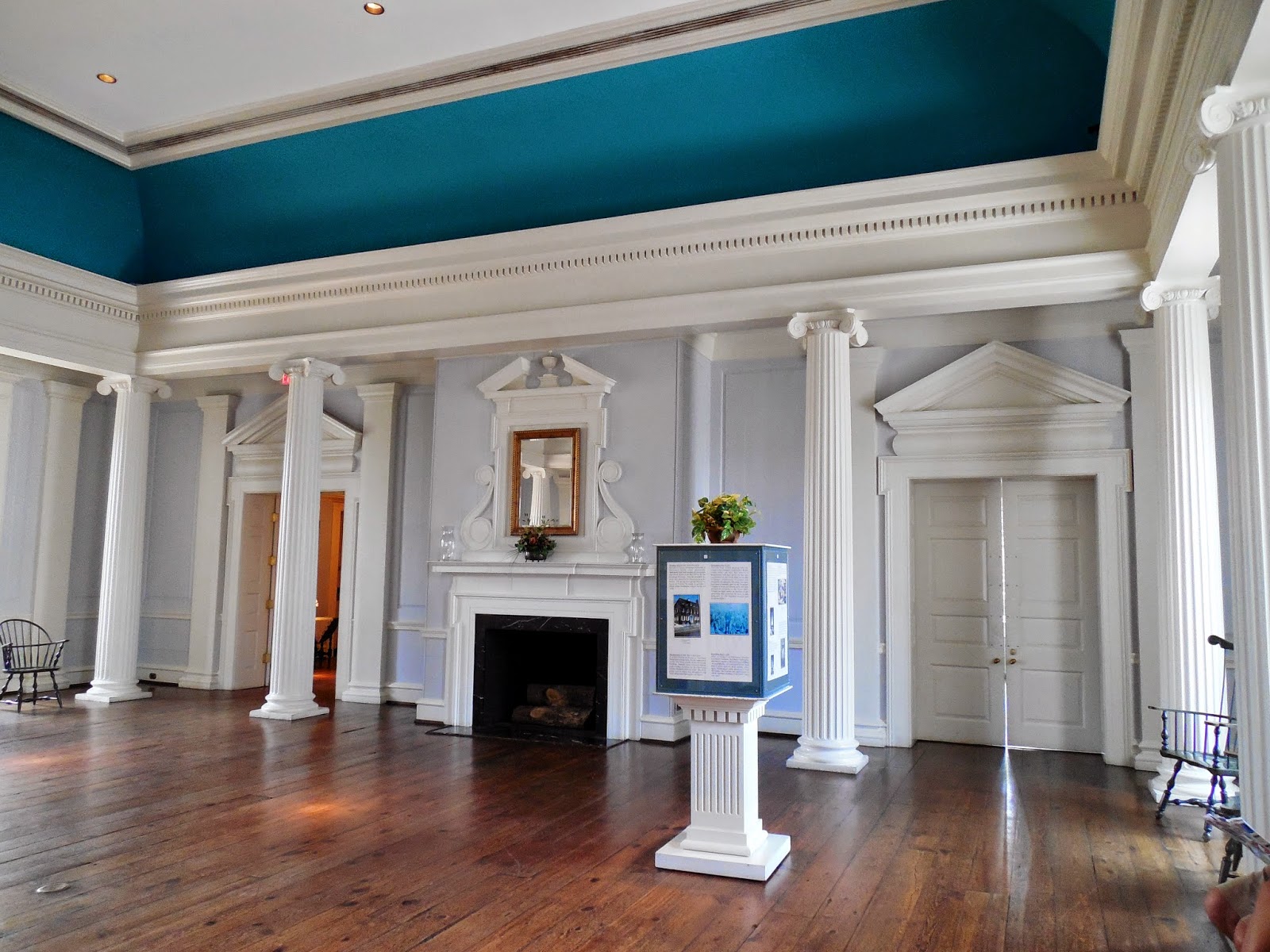 I also toured the Edmonston Alston House on the Battery (first seen in my post yesterday), built in 1825, which was draped in mourning.  150 years ago this year the family living in this house would have been in mourning because a son of the family died during the Civil War.  During the tour they explained some of the mourning customs. 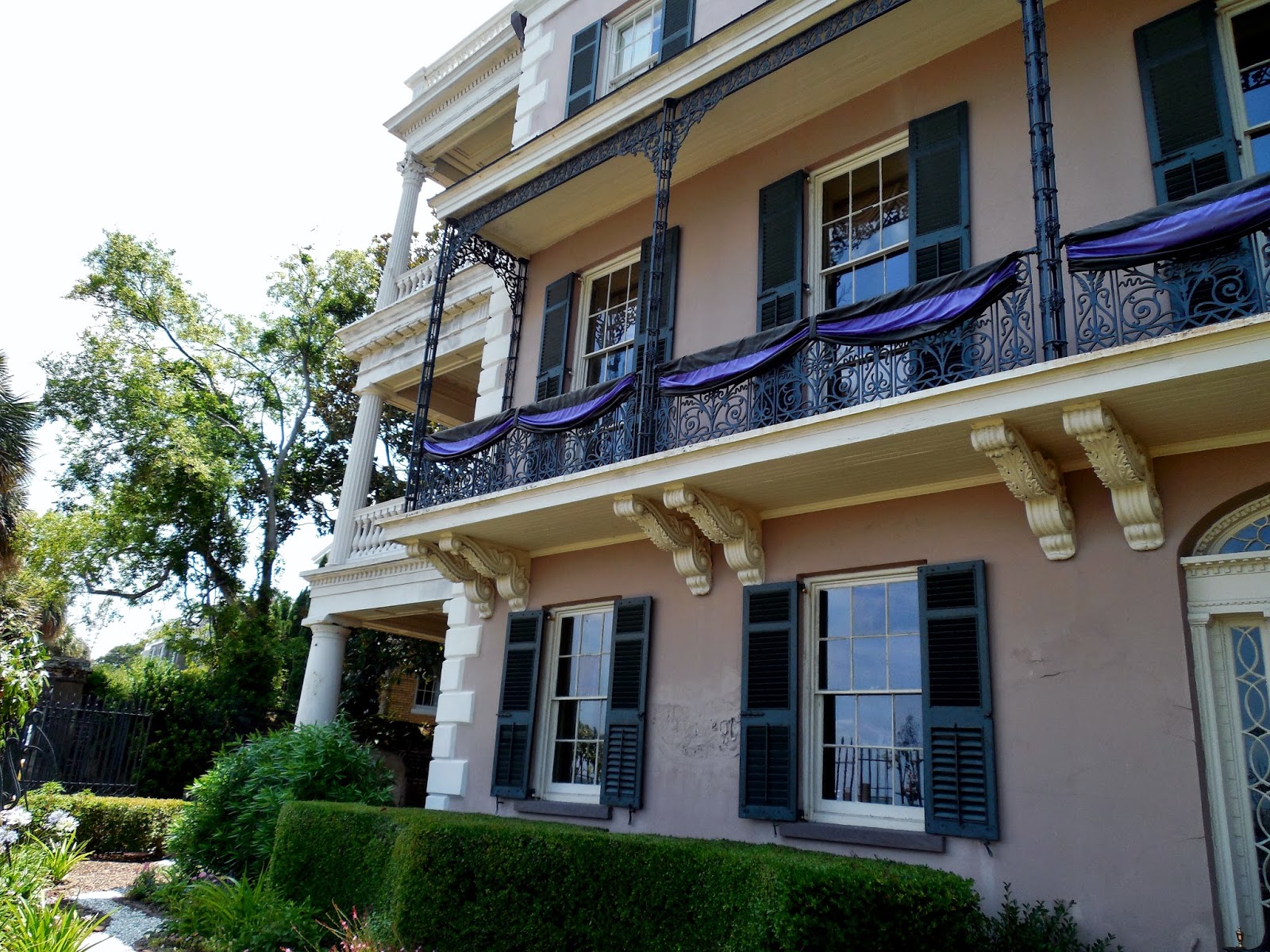 Speaking of the Civil War, from the piazza of this house I took the below picture of Fort Sumter.﻿ 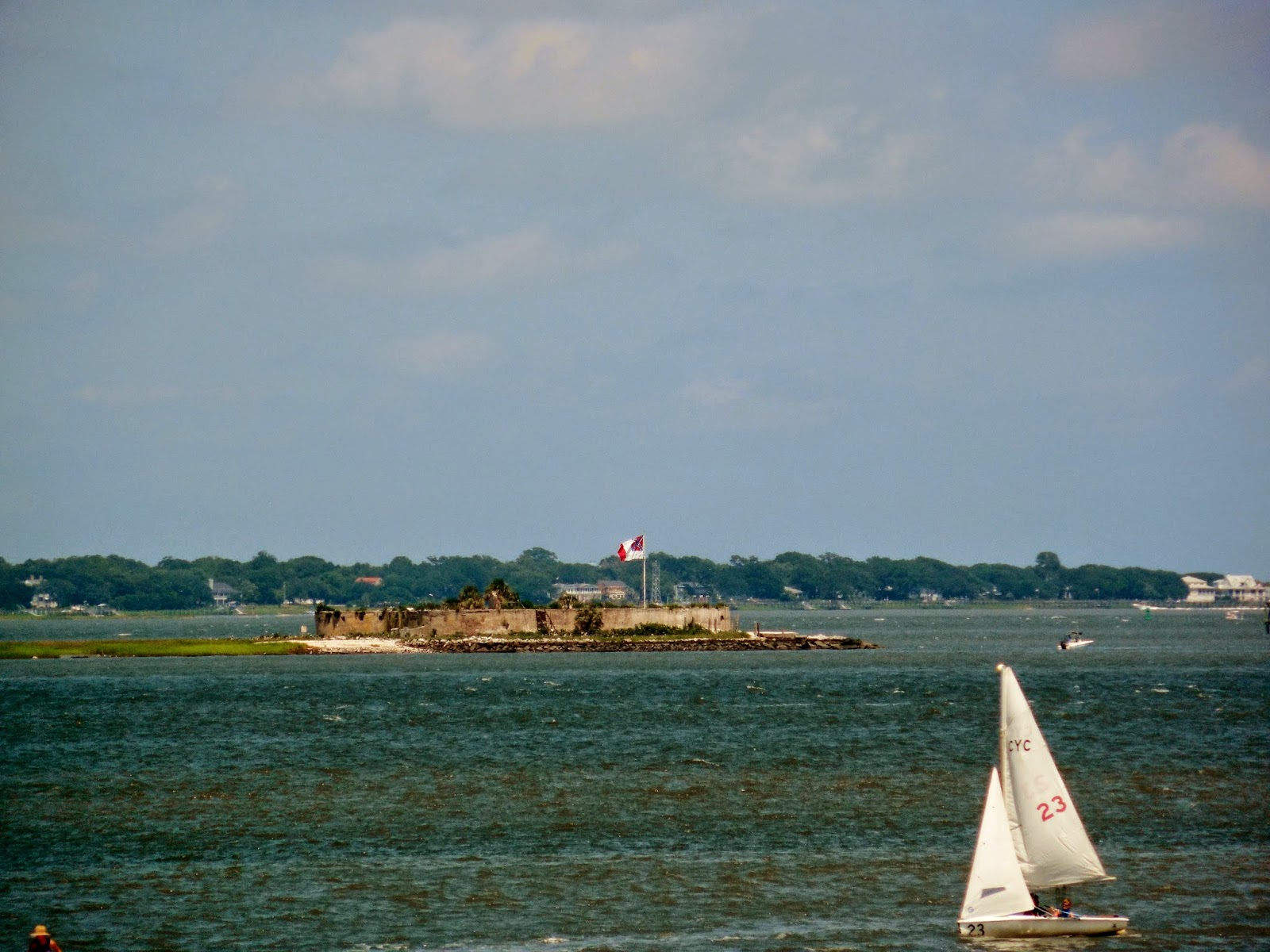 After finishing at the Battery I walked up the street past Rainbow Row, a group of 13 colorful houses built in the late 1700s.﻿
﻿ 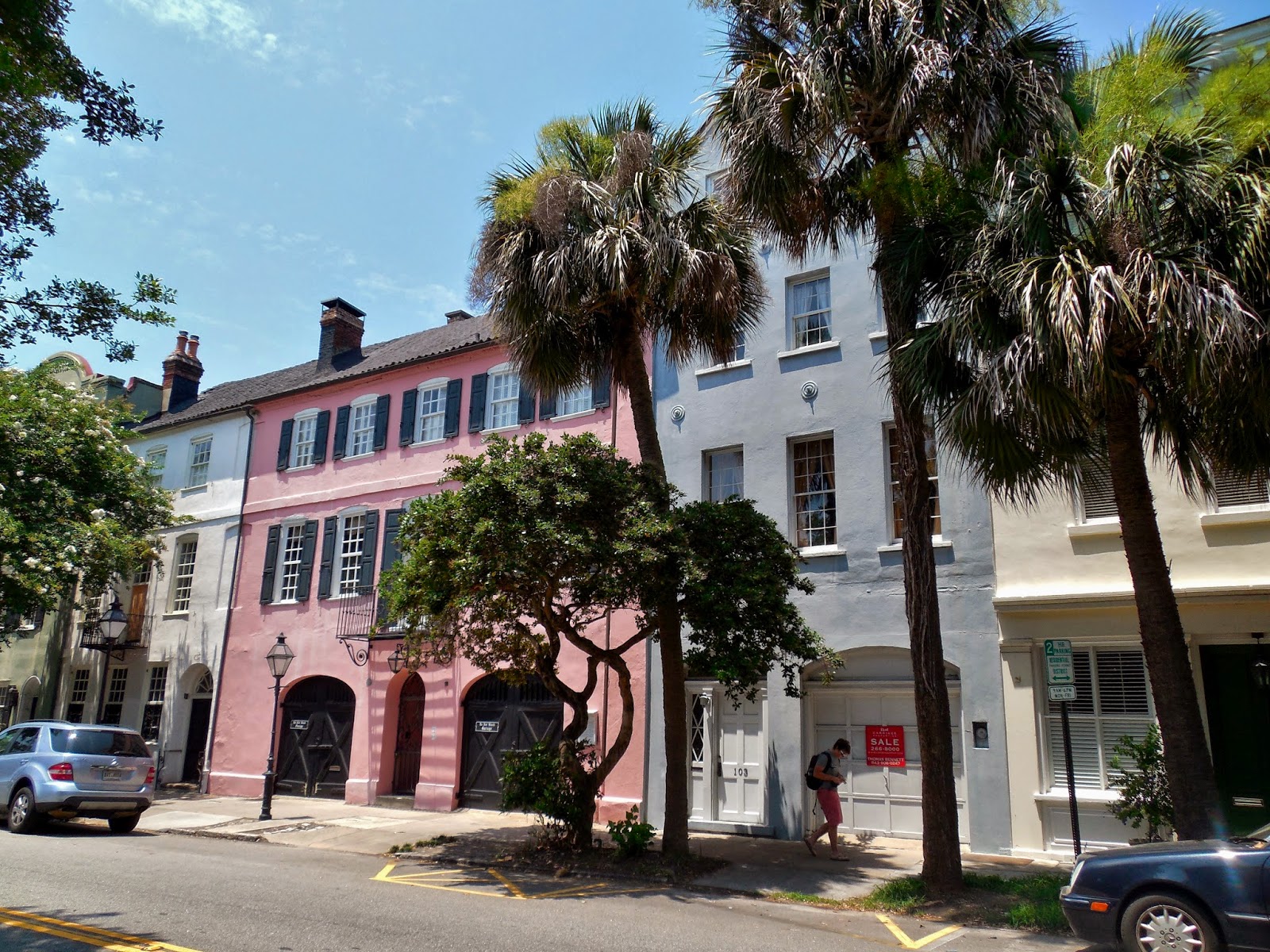 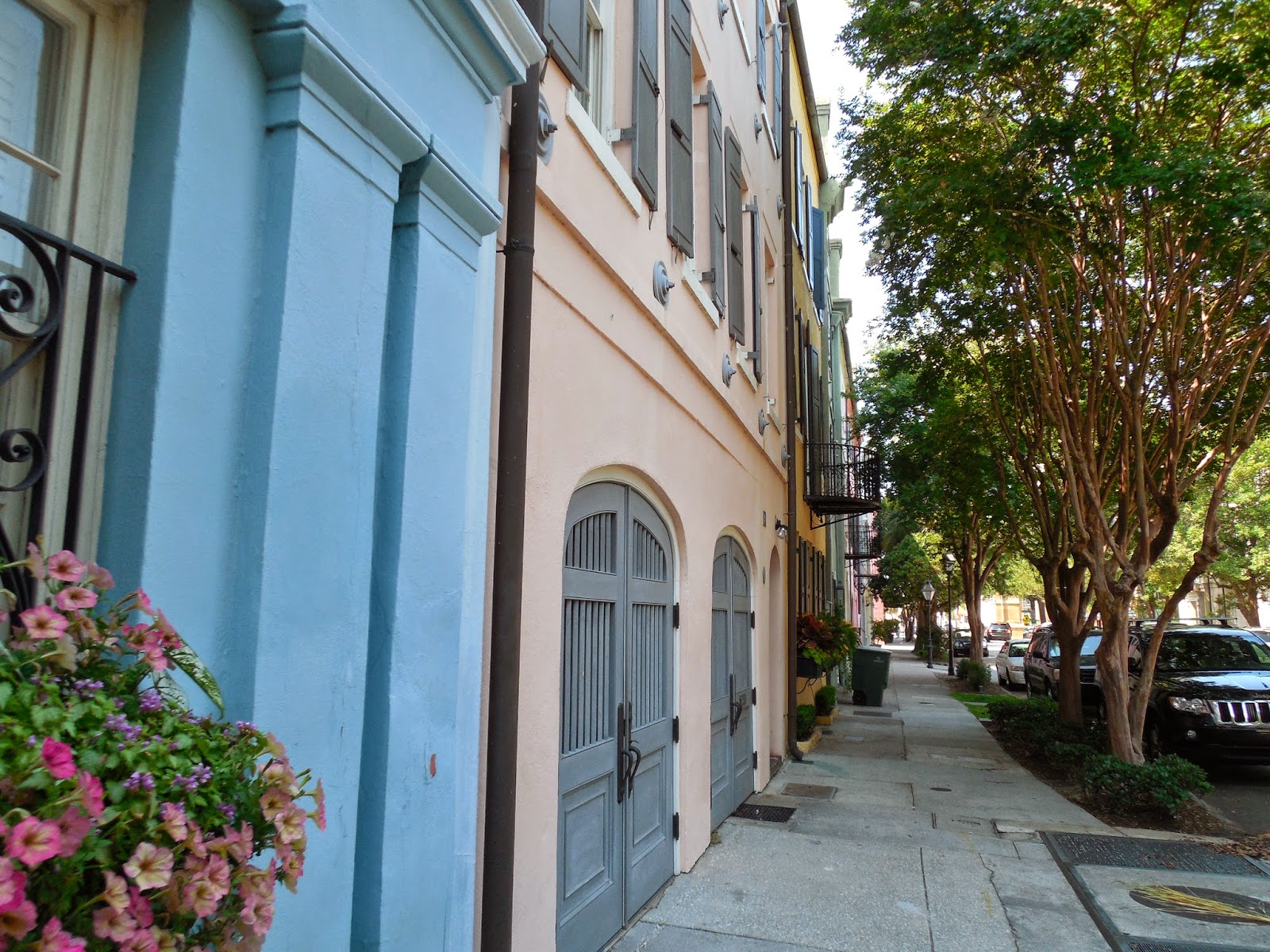 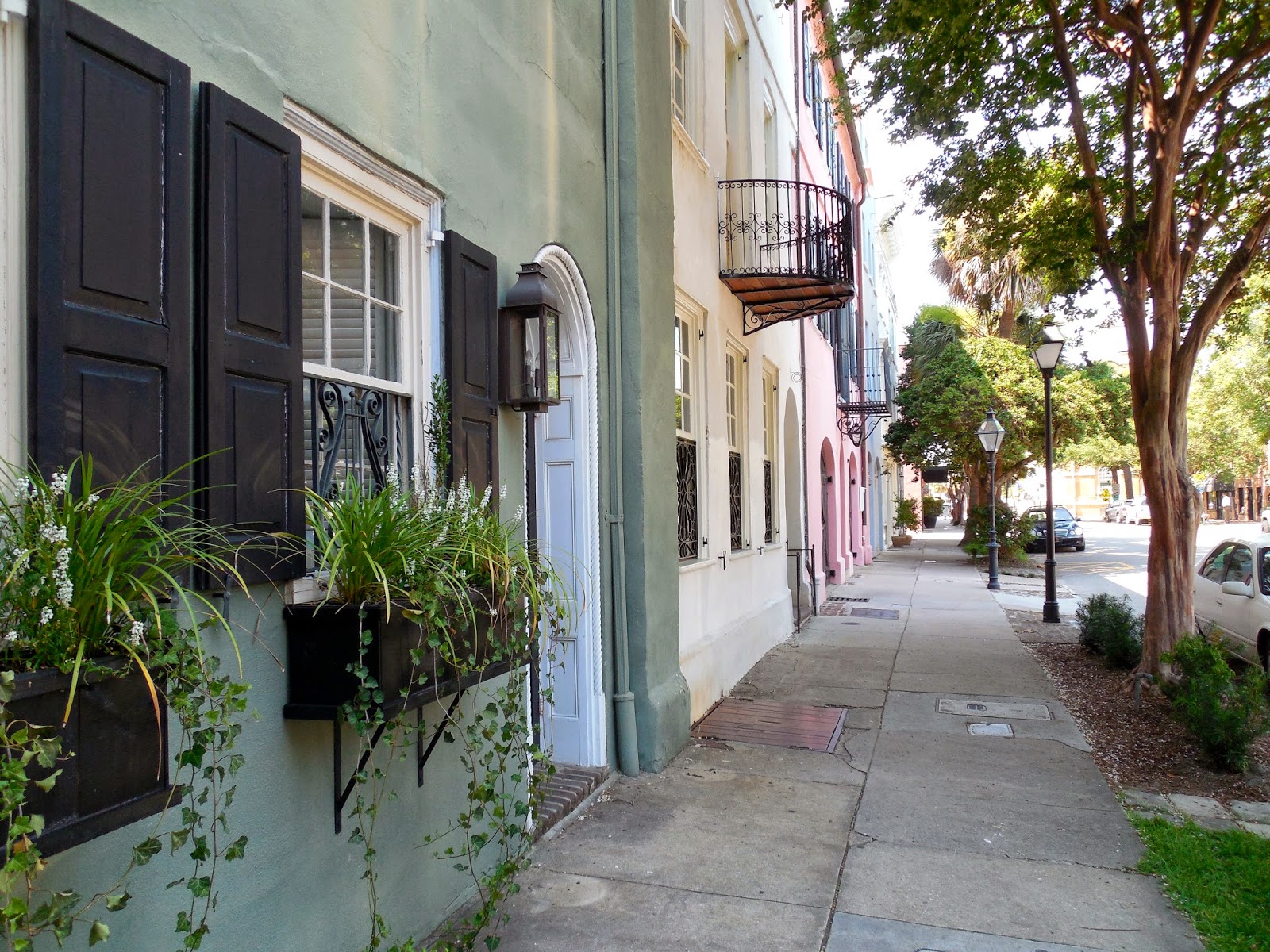 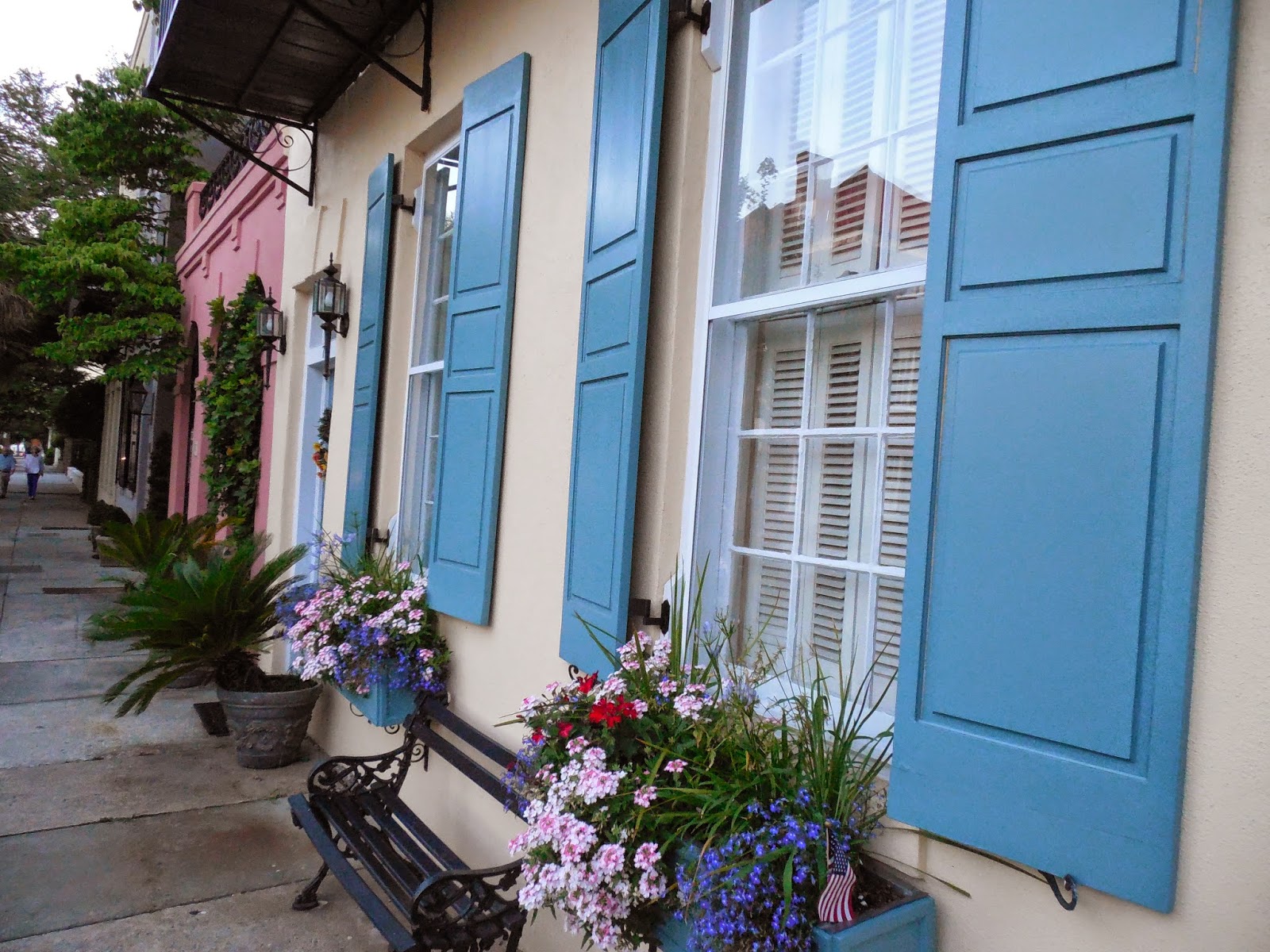 After that busy day we went to dinner at Hyman's Seafood, a very popular restaurant in town, where I got my second Charleston dish--shrimp and grits, with iced tea, of course, after that long hot day. 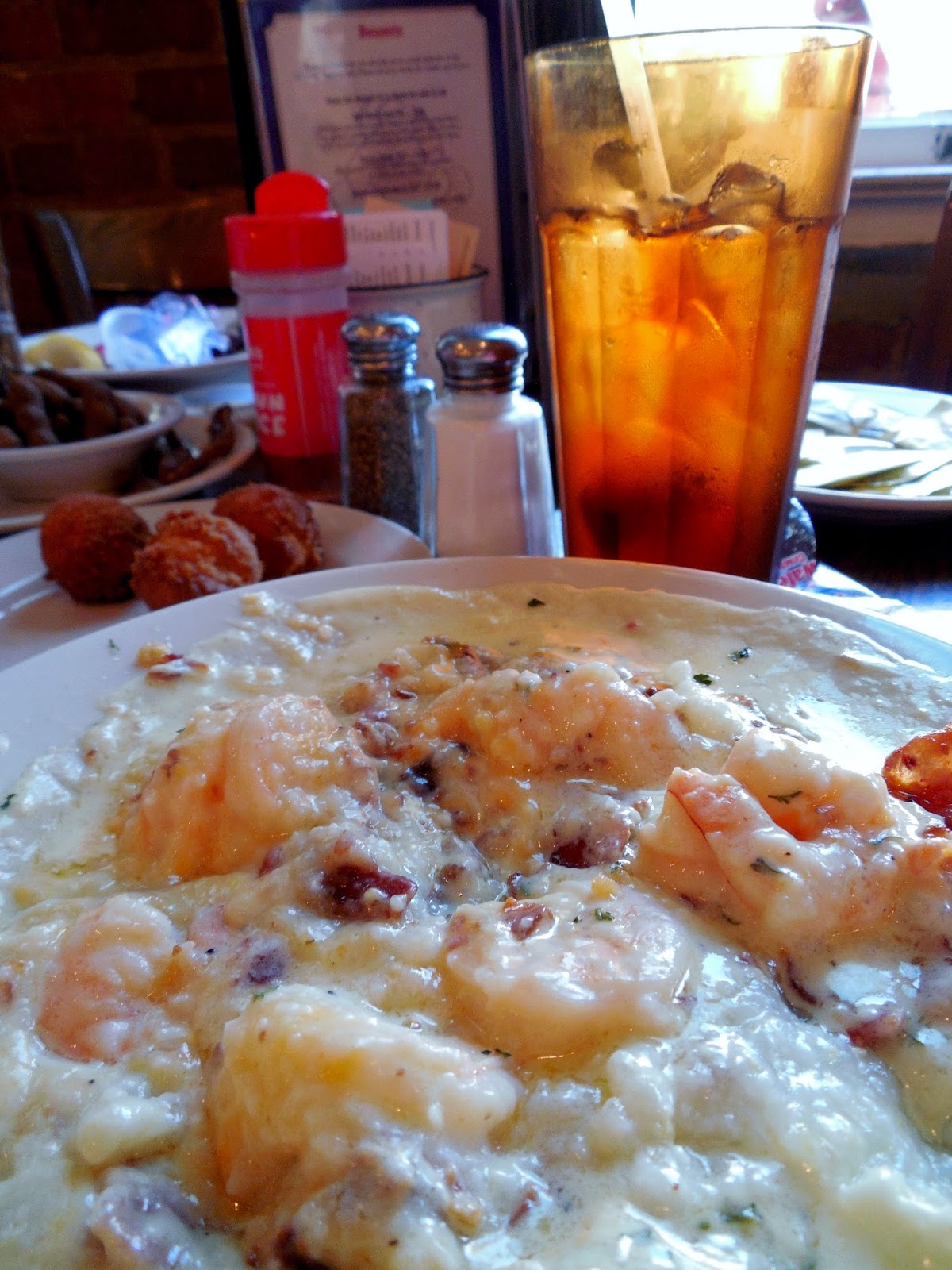 After eating dinner, we walked down to Waterfront park, where a huge pineapple fountain offers welcome.﻿ 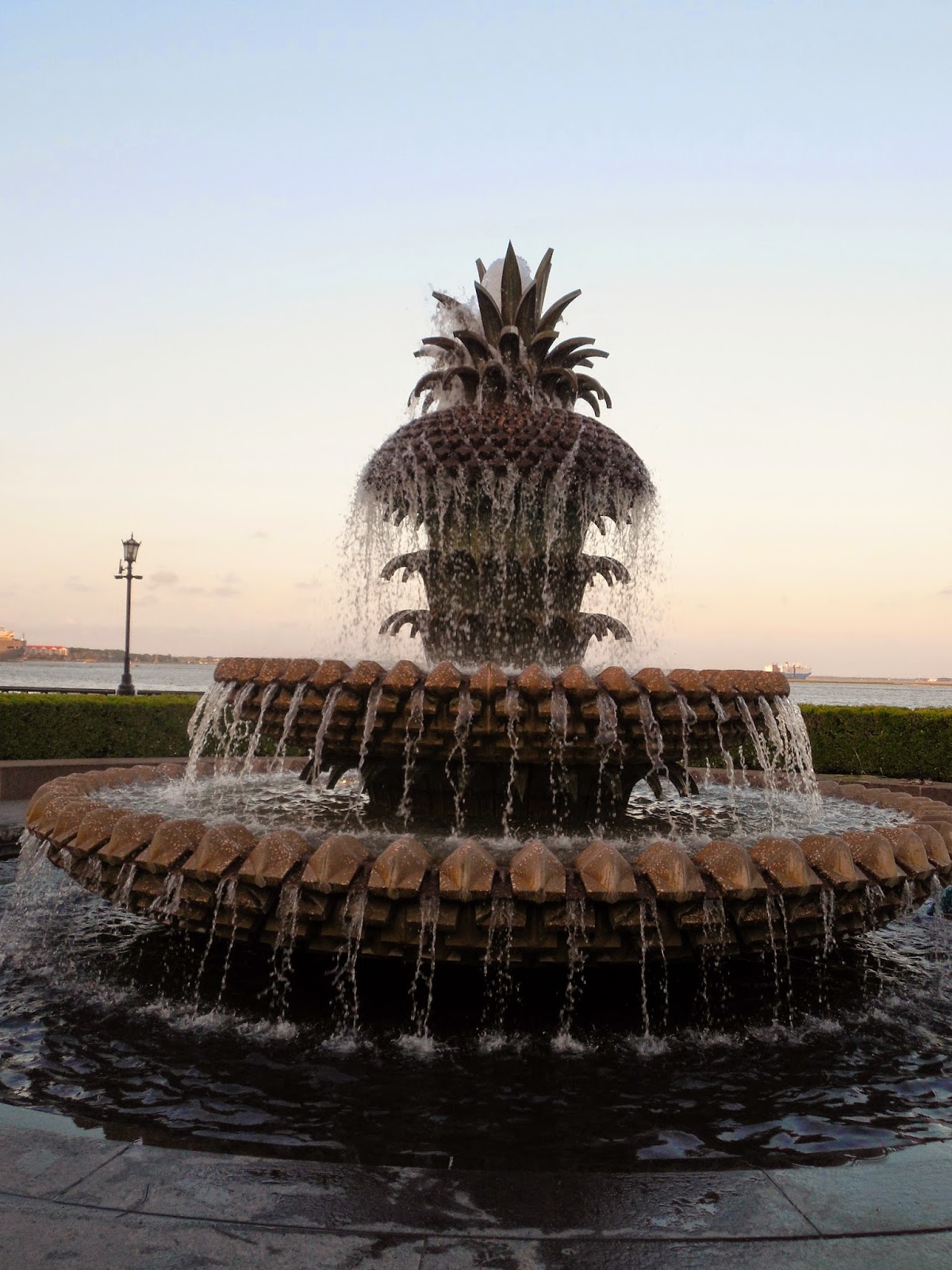