I had a bunch of tea moments this weekend that I will share this week, but I thought I would start with something I had never tried before--bubble tea! 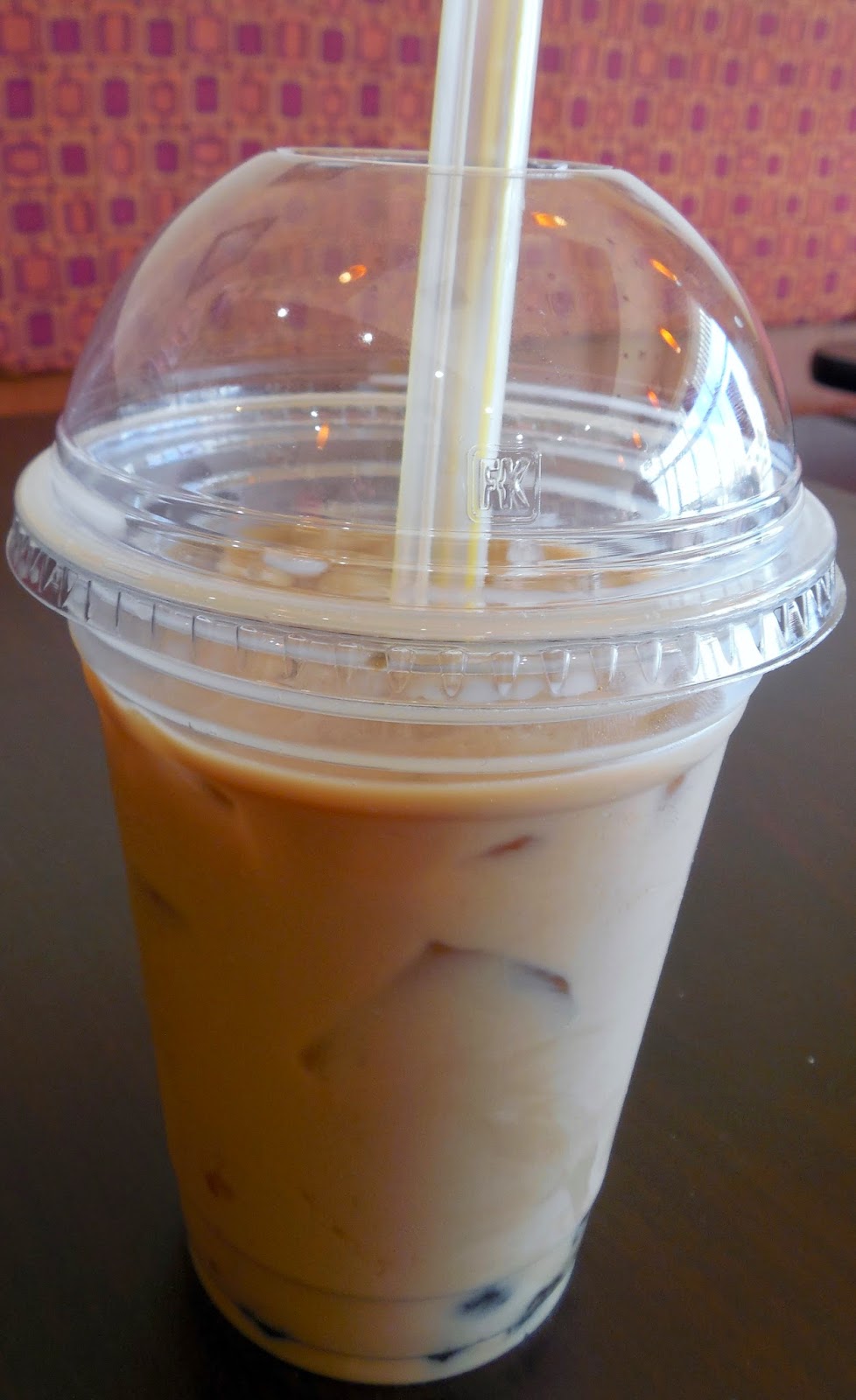 Yesterday I was driving by the bakery and café where my sister works and, since I knew she was working, I stopped in to say hello (and pick out a few goodies for later).  One of the owners was also there and offered to let me try a free bubble tea.  I've heard of them, but haven't had a chance to try it yet.
Since I had an in with the person making it, this one was mostly unsweet (at least until I added Splenda).  Bubble tea has little balls of tapioca on the bottom (the black dots below) that you suck up while drinking the drink.  The drink is a mix of tea and milk, and the tapioca is a sweet and chewy surprise. 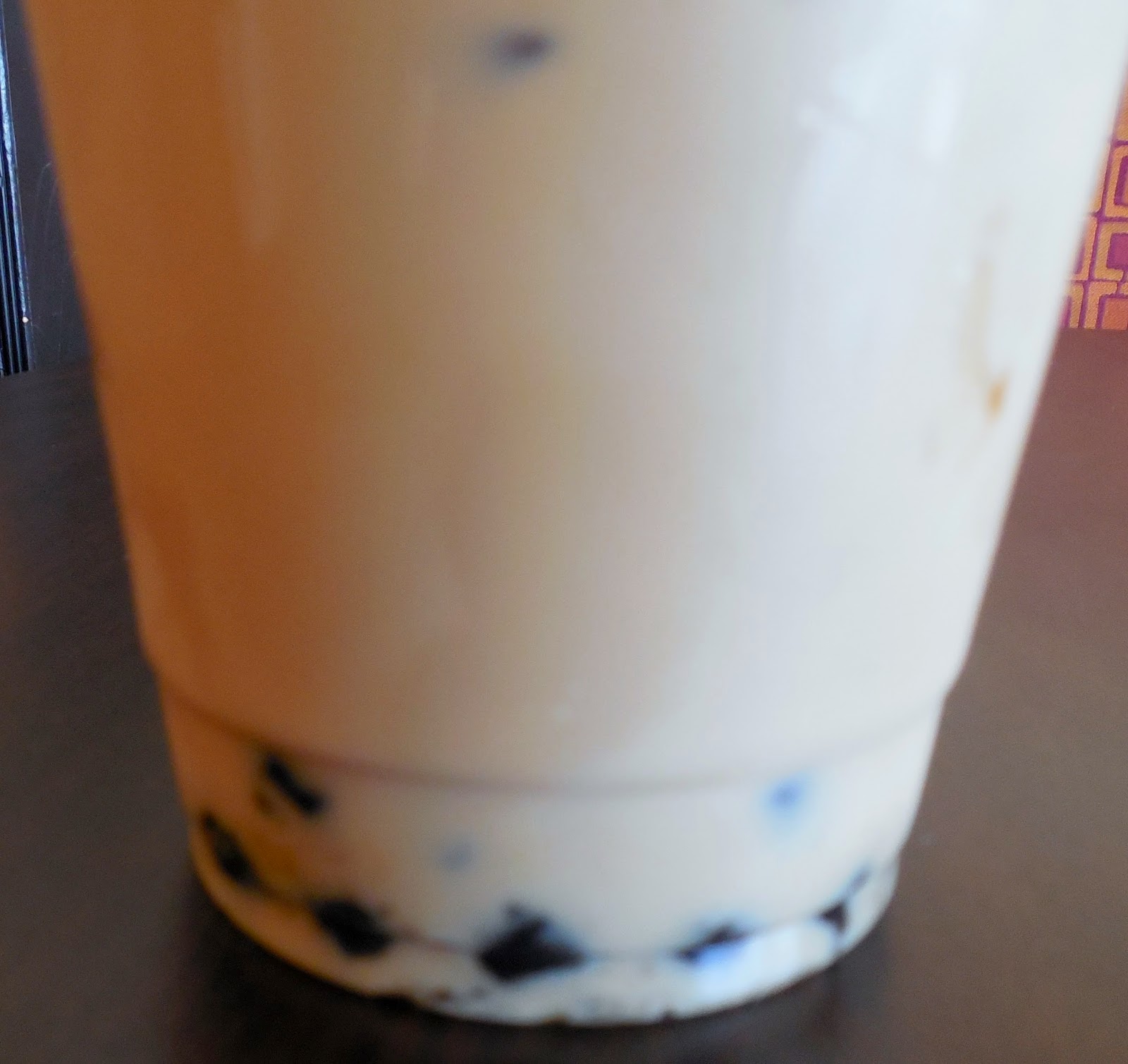 I would definitely try bubble tea again, but of the milk iced tea combos, I think I prefer a Thai iced tea.
Posted by Carrie at 9:52 PM