I've been obsessing (a bit) with pumpkin pretty much since it was officially fall, and finally decided on a recipe (and excuse) to try out some cupcakes.  ﻿ 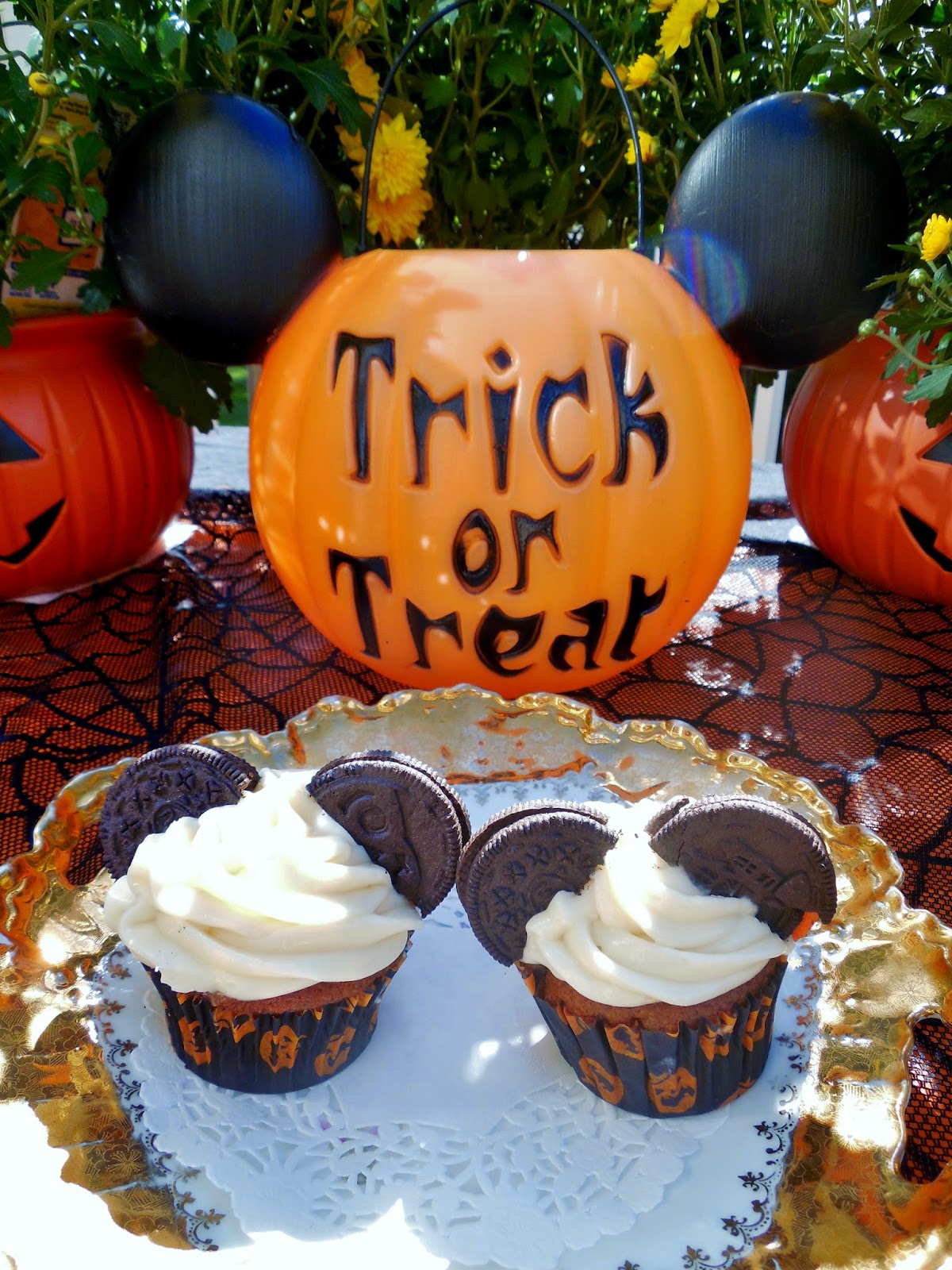 (Treat please!)
I used this recipe for Harvest Pumpkin cupcakes I found on Allrecipe.  I decided on this recipe because it had great reviews and used ingredients I already had in the house (a major plus!).  I thought it was good, but it tasted more like a spiced cupcake than pumpkin to me--I was hoping for a bit more of a pumpkin taste.  I think next time I will look for a higher pumpkin to flour ratio.  The cupcakes did turn out moist and were still delicious, so it is a keeper, it just might not be my go-to cupcake for a strong pumpkin taste. 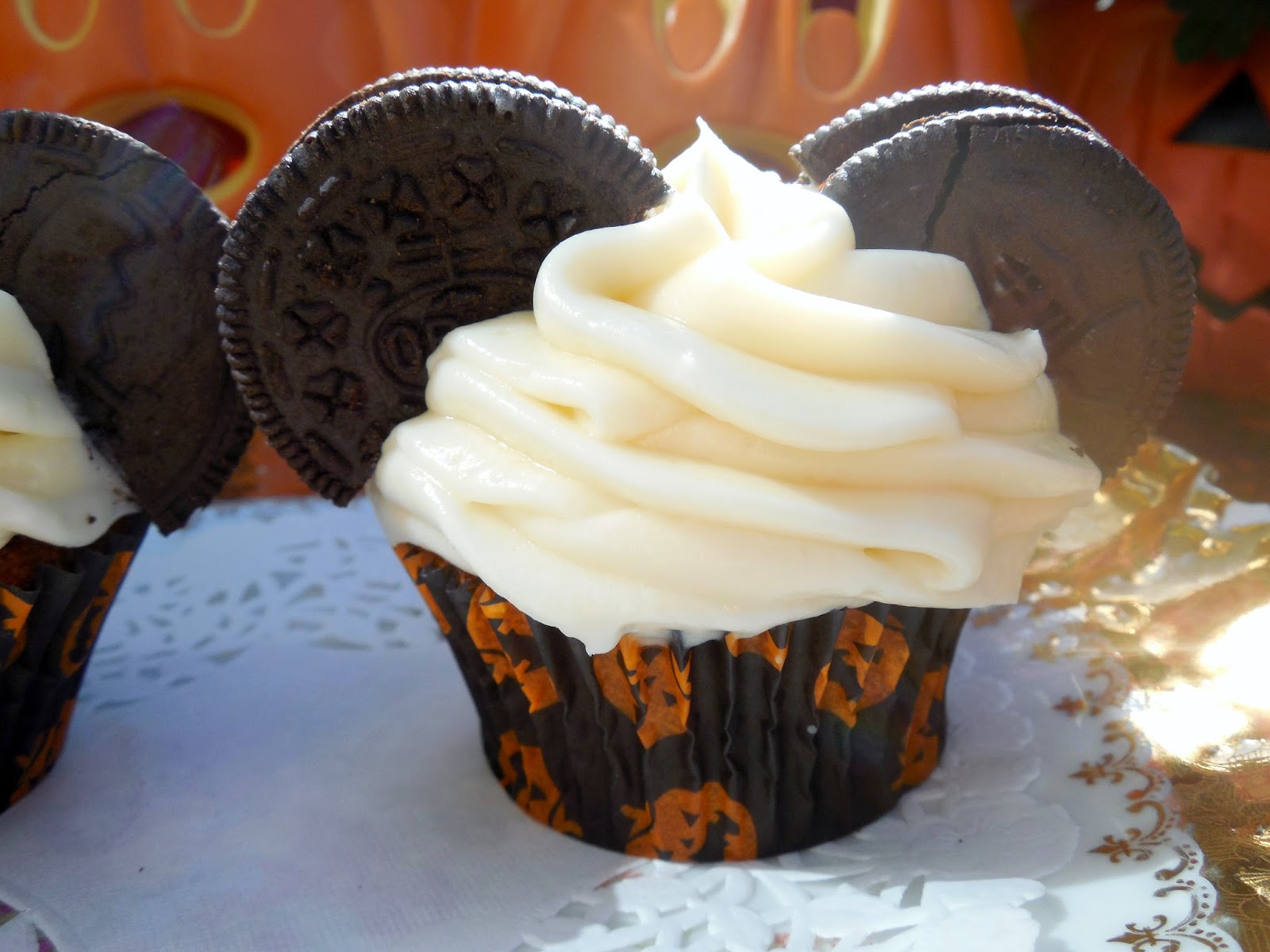 Now the frosting was a bit of a debacle (at least for me).  I've gotten way better at making frostings, but I usually stay with my tried and true recipes...well, not today!  I started with the honey buttercream recipe on Cupcake Project﻿ (which, if you haven't checked it out yet, I highly recommend.  It as all sorts of different--and sometimes crazy--recipes).  Unfortunately, I couldn't get the recipe to the correct consistency, so I just started adding stuff.  Below is the original recipe first, and them my additions.
Honey Buttercream Frosting
1/2 cup salted butter (room temperature)
2 cups powdered sugar
1/4 cup honey
1/4 cup full fat sour cream
In a mixing bowl, beat butter at high speed for 3 minutes until light and fluffy.
Mix in powdered sugar a little bit at a time until fully combined.
Mix in honey and sour cream until combined.
At this point it was sort-of pipe-able for me, but very melty looking.  So I started adding things.  I added 2 more cups of powdered sugar and about 1/4 of a normal 8 oz block of cream cheese (the amount that I just so happened to have left over from my last tea party).  I also added about 1/4 tsp salt to cut down on the (very) sweet taste since it had both honey and lots of confectioners sugar.
Overall, most of my taste testers/guinea pigs liked the frosting, although the couple who are not so fond of sweet stuff thought it was a bit too sweet.  I thought the honey/cream cheese mix was a good compliment to the cupcake.
But now on to the best part...ears!  First I piped (with an open star tip) probably about three rows of icing on the cupcake to get the icing high enough for the ears (bottom layer and than two others, going up in a cone shape). 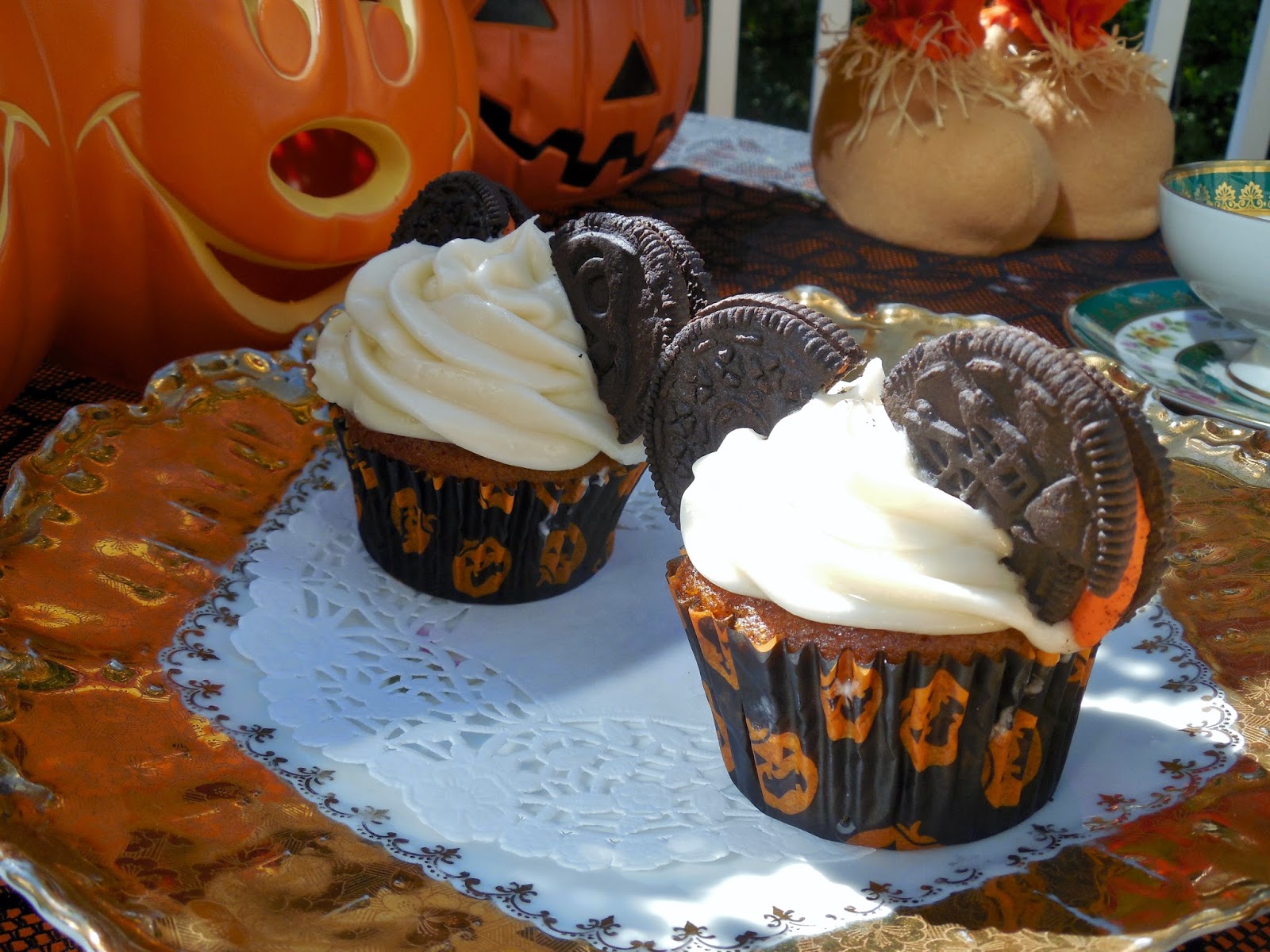 I bought a package of the Halloween Oreos (have I mentioned I like anything that is seasonal?) and cut a couple cookies in half to stick into the frosting.  Instant Mickey ears with an orange touch!  The oreos all by themselves are fun--they have haunted castles, bats, skulls, and jack o'lantern designs baked into the cookies.
These cupcakes with the honey buttercream do better in the fridge, which has the added benefit of firming up the frosting a bit more.
﻿
Posted by Carrie at 8:46 PM