Won't you join me for a spell at my next Halloween themed tea party?    Just hop on the Hogwarts Express, 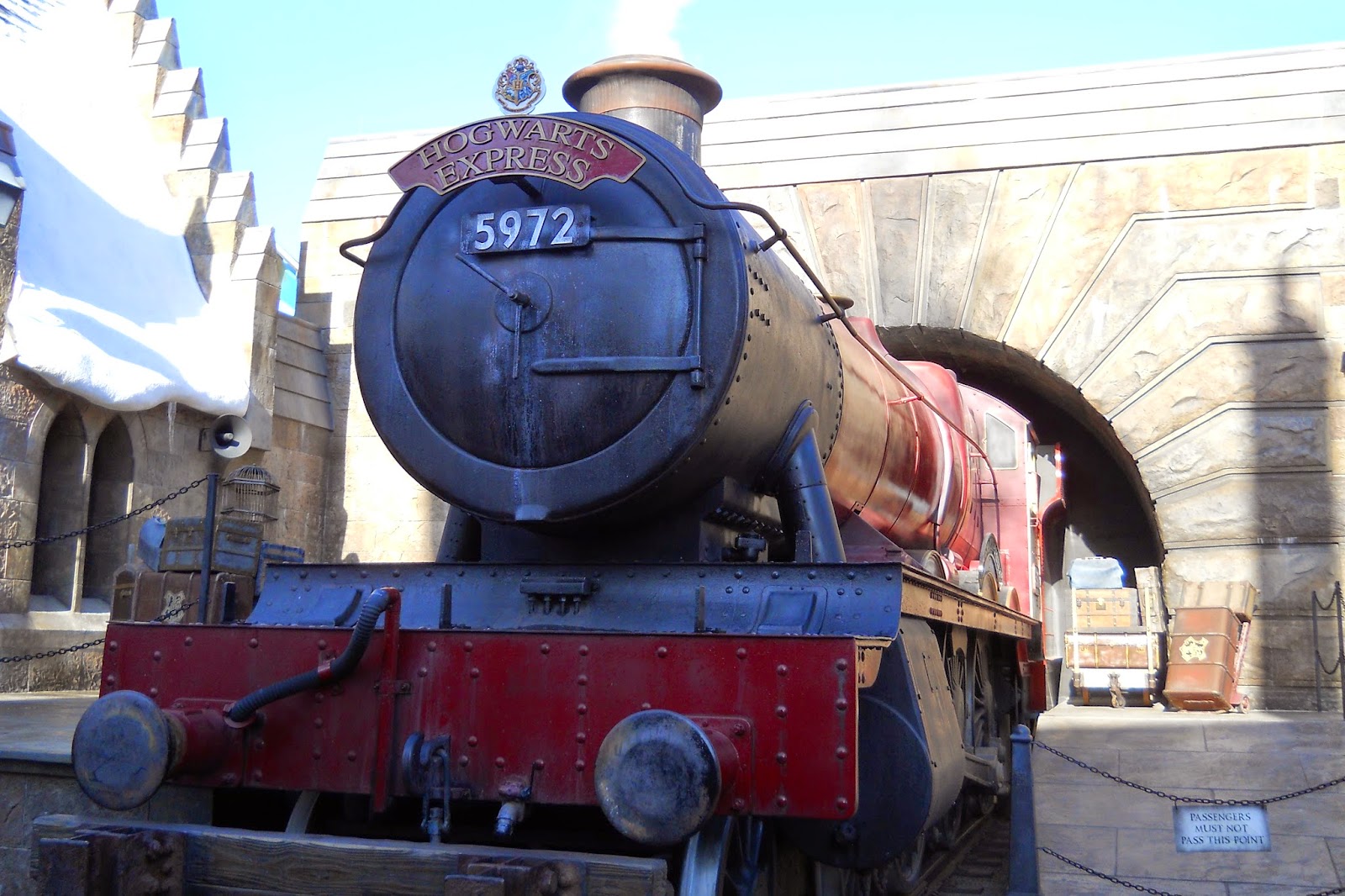 and join me at Hogwarts for a Halloween Tea. 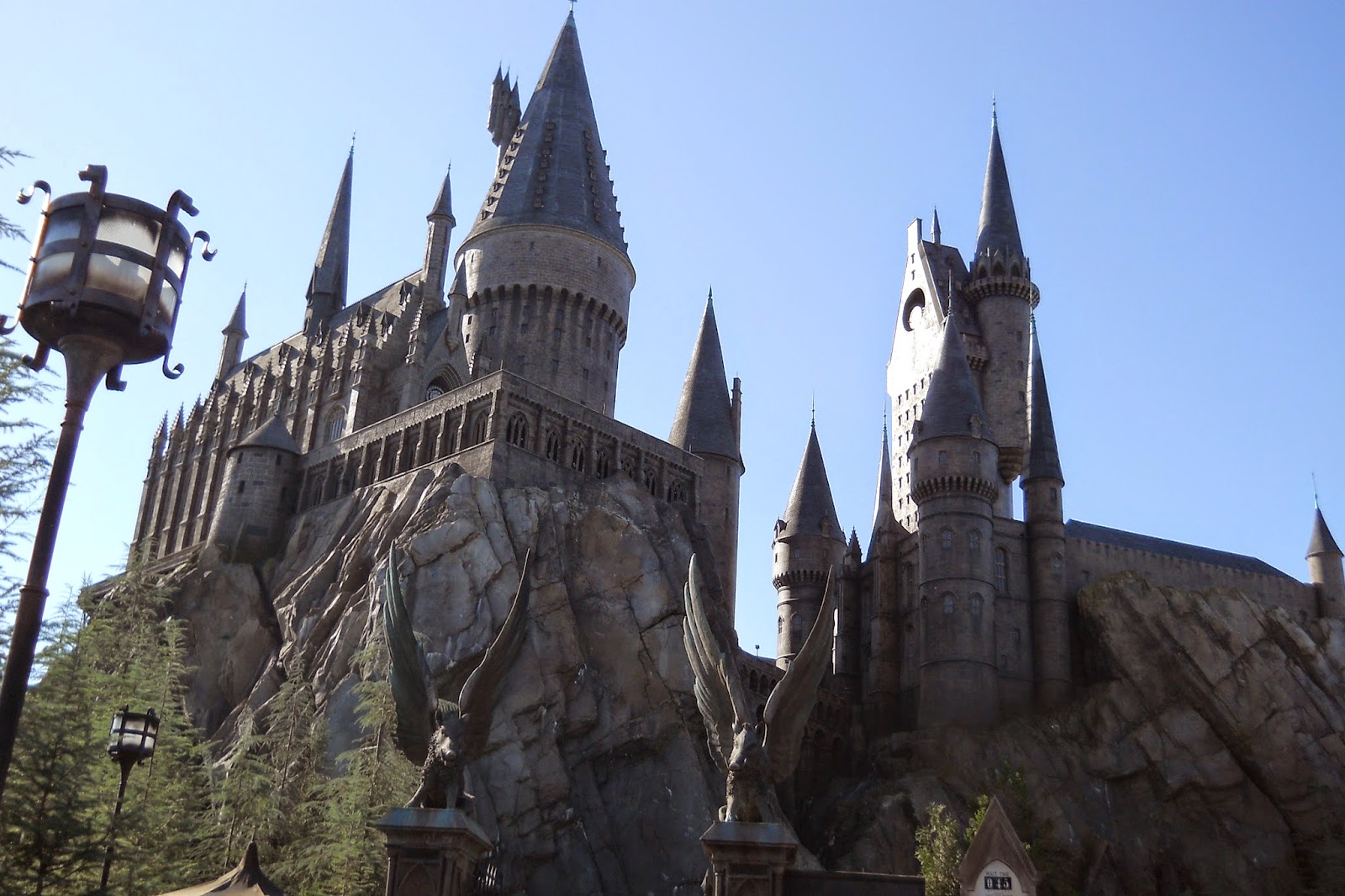 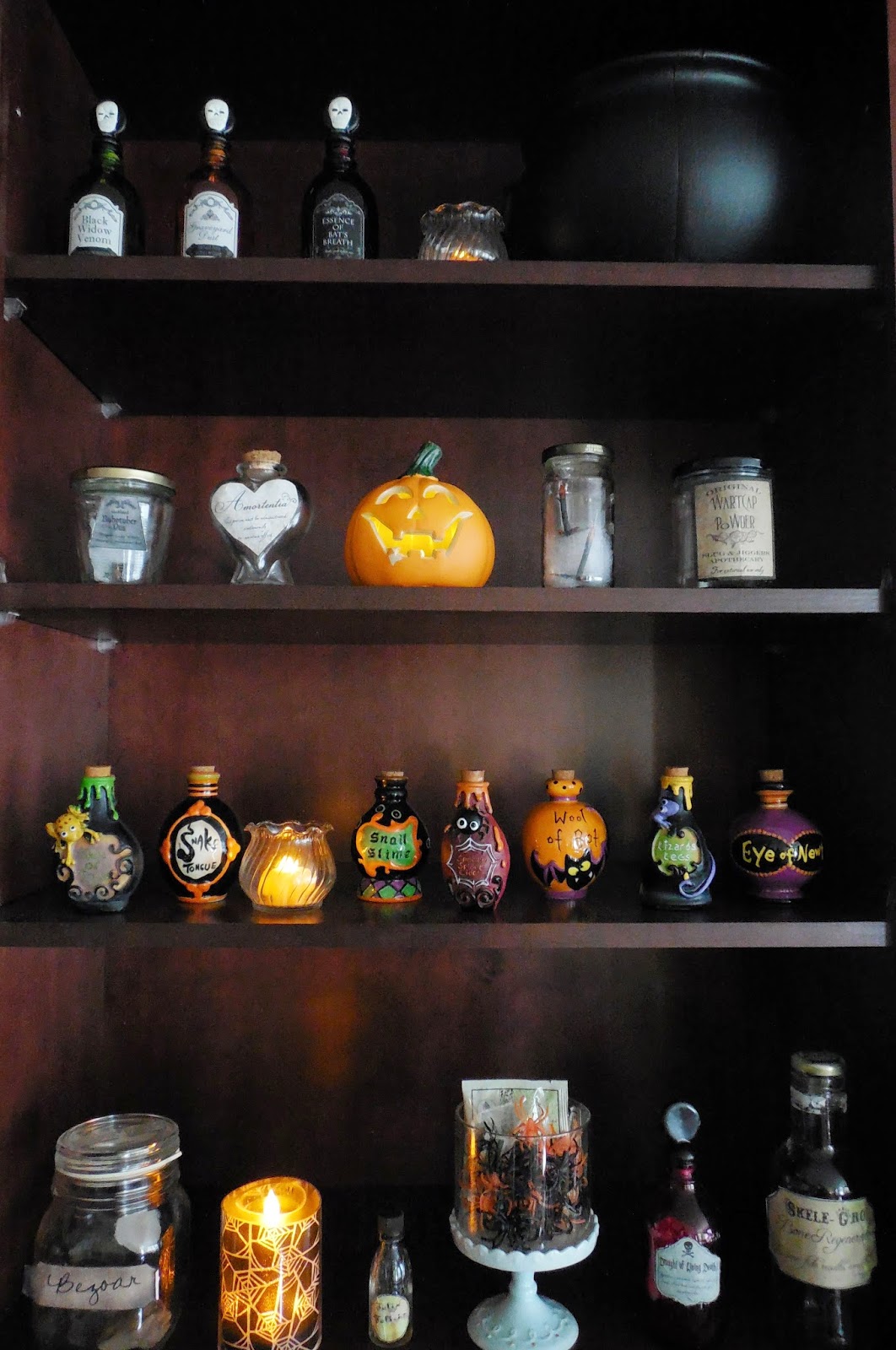 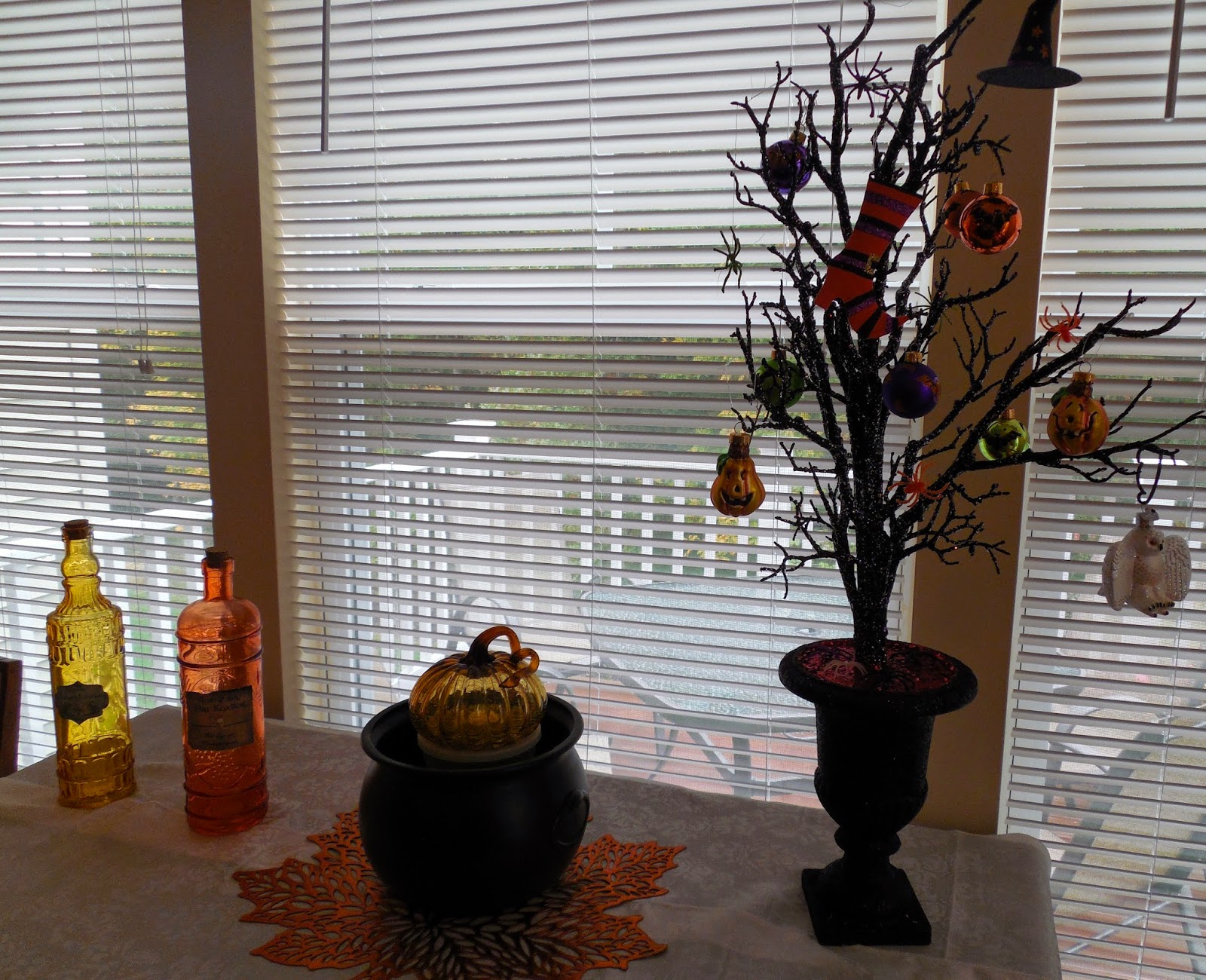 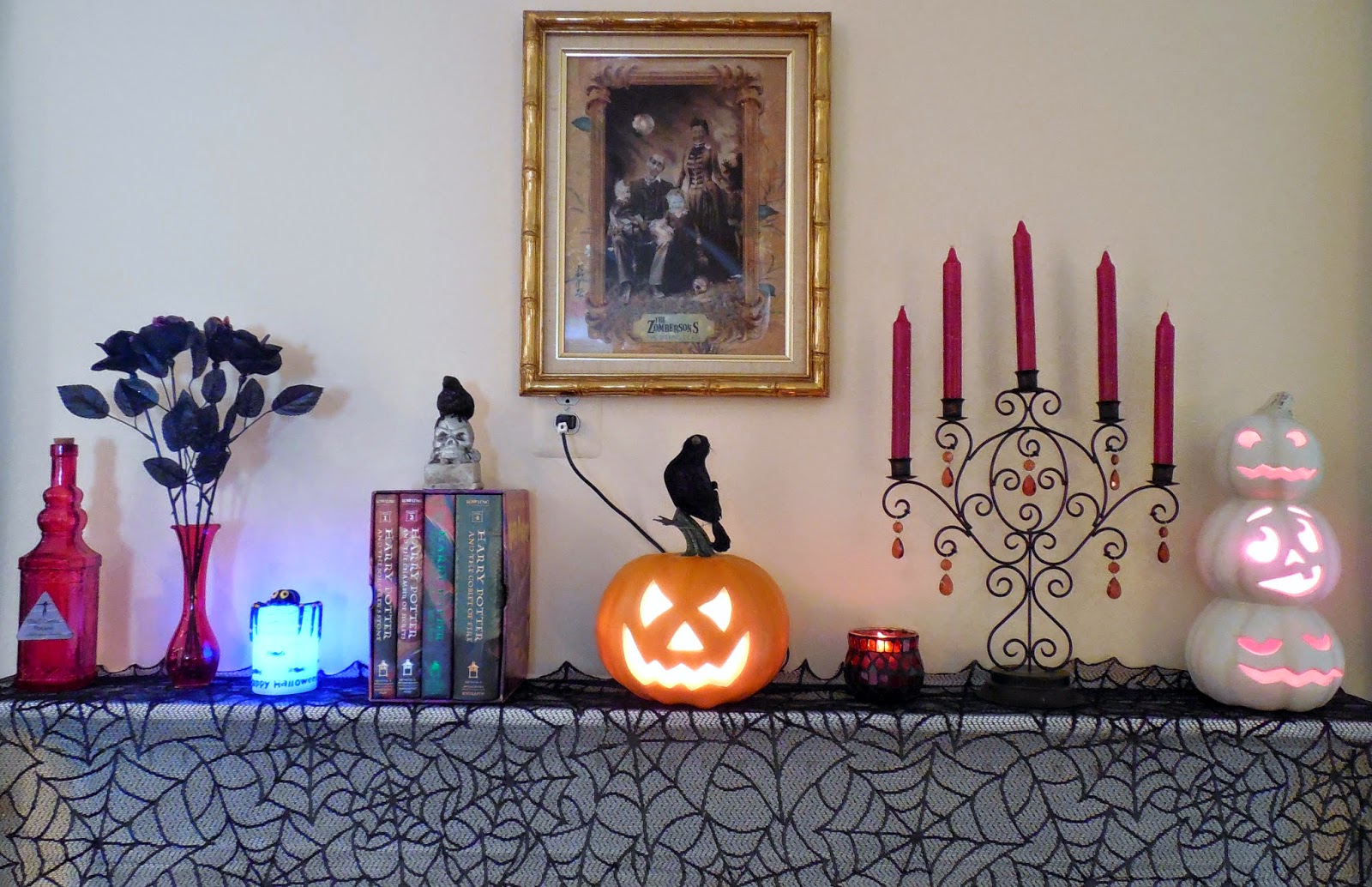 (How did those Harry Potter books get there?)
Don't worry, I won't put anything too strange in your tea! 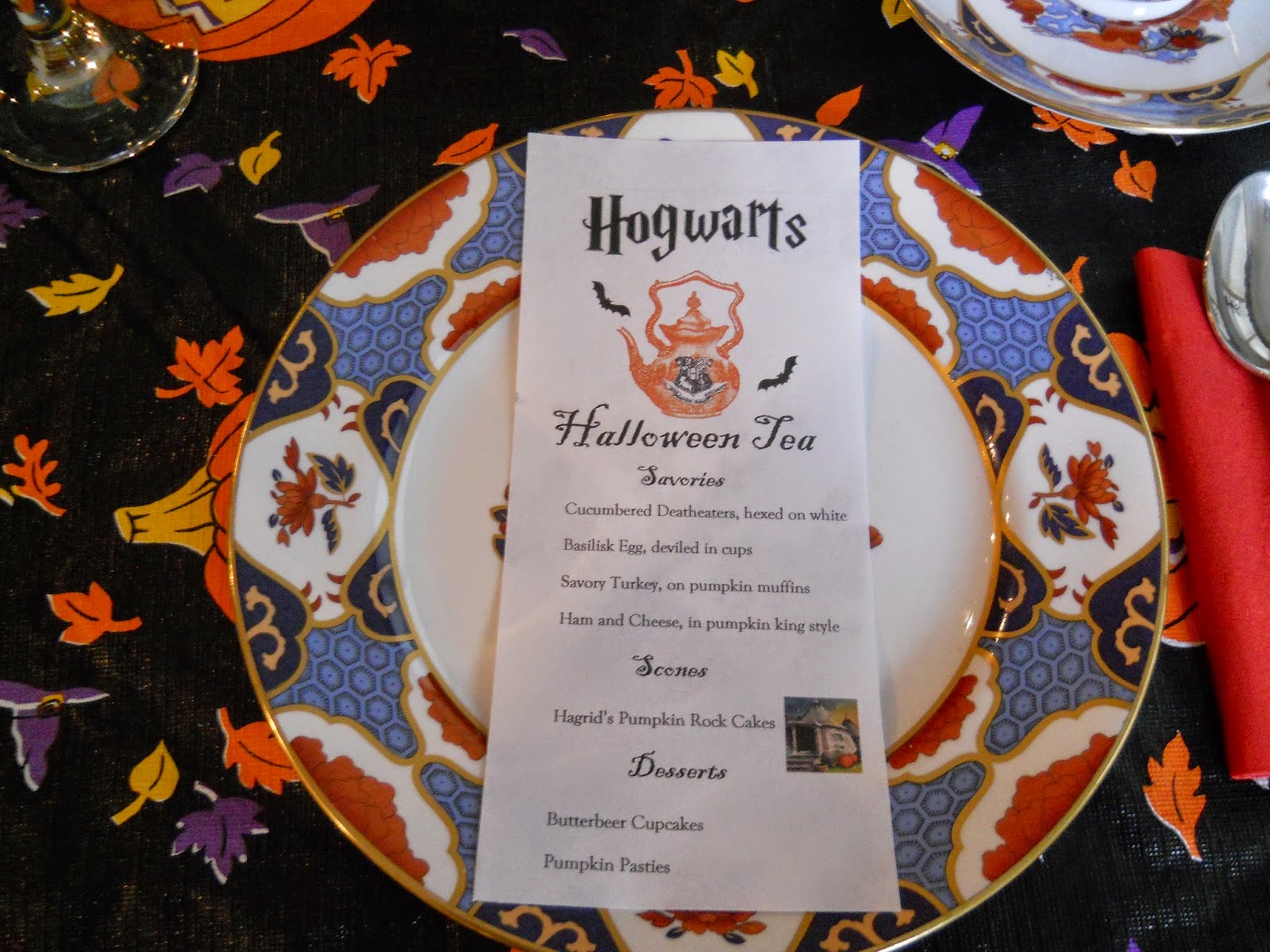 For this tea, I'm serving cucumbered Deatheaters (my own special recipe), Basilisk eggs (deviled in cups), Savory Turkey on pumpkin muffins, and ham and cheese in pumpkin king style.
﻿ 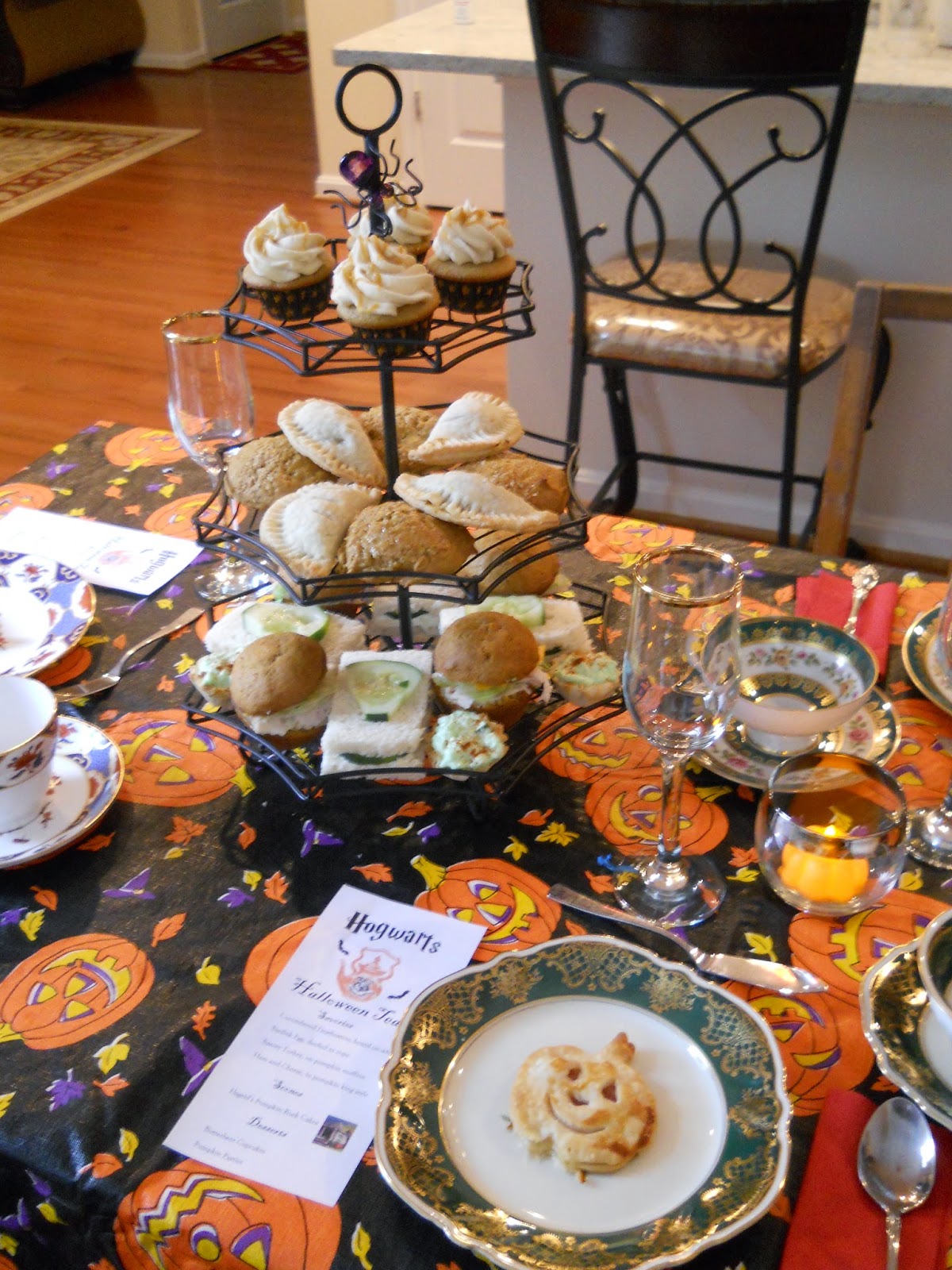 Hagrid gave me his special recipe for pumpkin rock cakes (although I might have tweaked it so we don't have to worry about broken teeth!), which I placed on the second tier with homemade pumpkin pasties (even better than the ones served on the Hogwart's Express!). 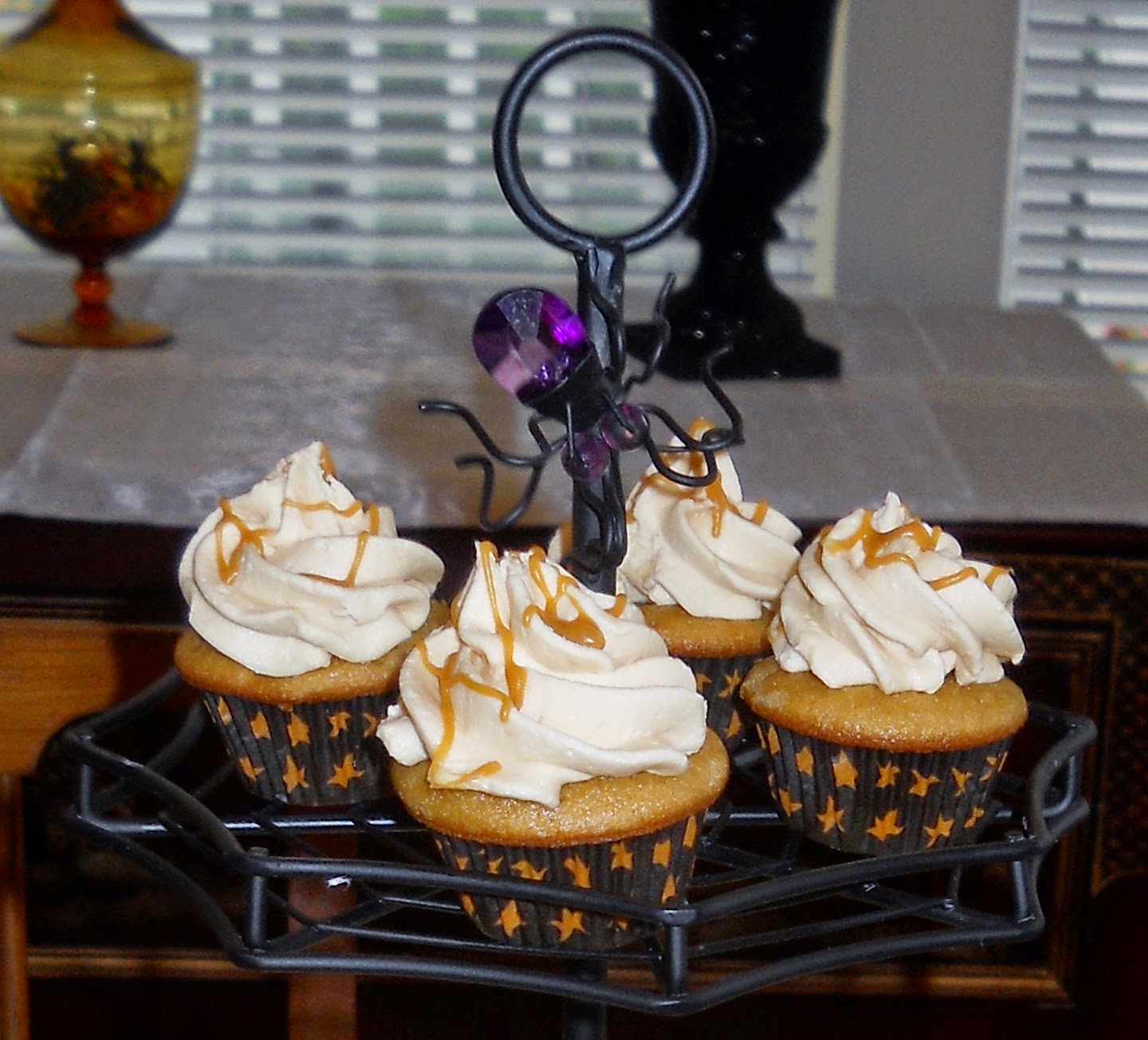 For our last dessert we have butterbeer cupcakes (delicious if I do say so myself!).
Speaking of butterbeer, I picked up some goodies while I was in Hogsmeade, including some pumpkin juice, chocolate frogs, and a new brand of butterbeer! 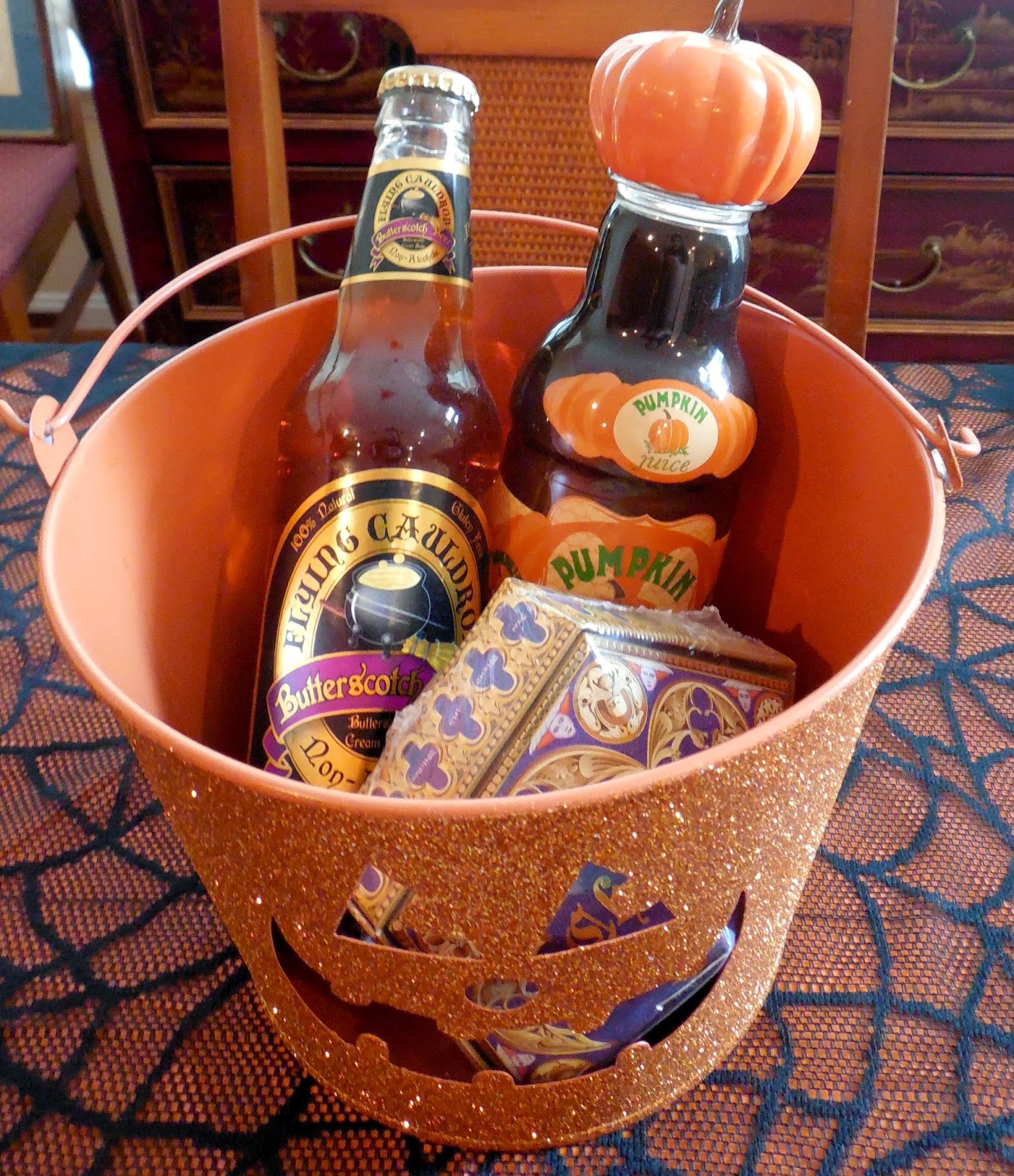 This is flying caldron Butterscotch Beer, if you would like some with your tea?﻿ 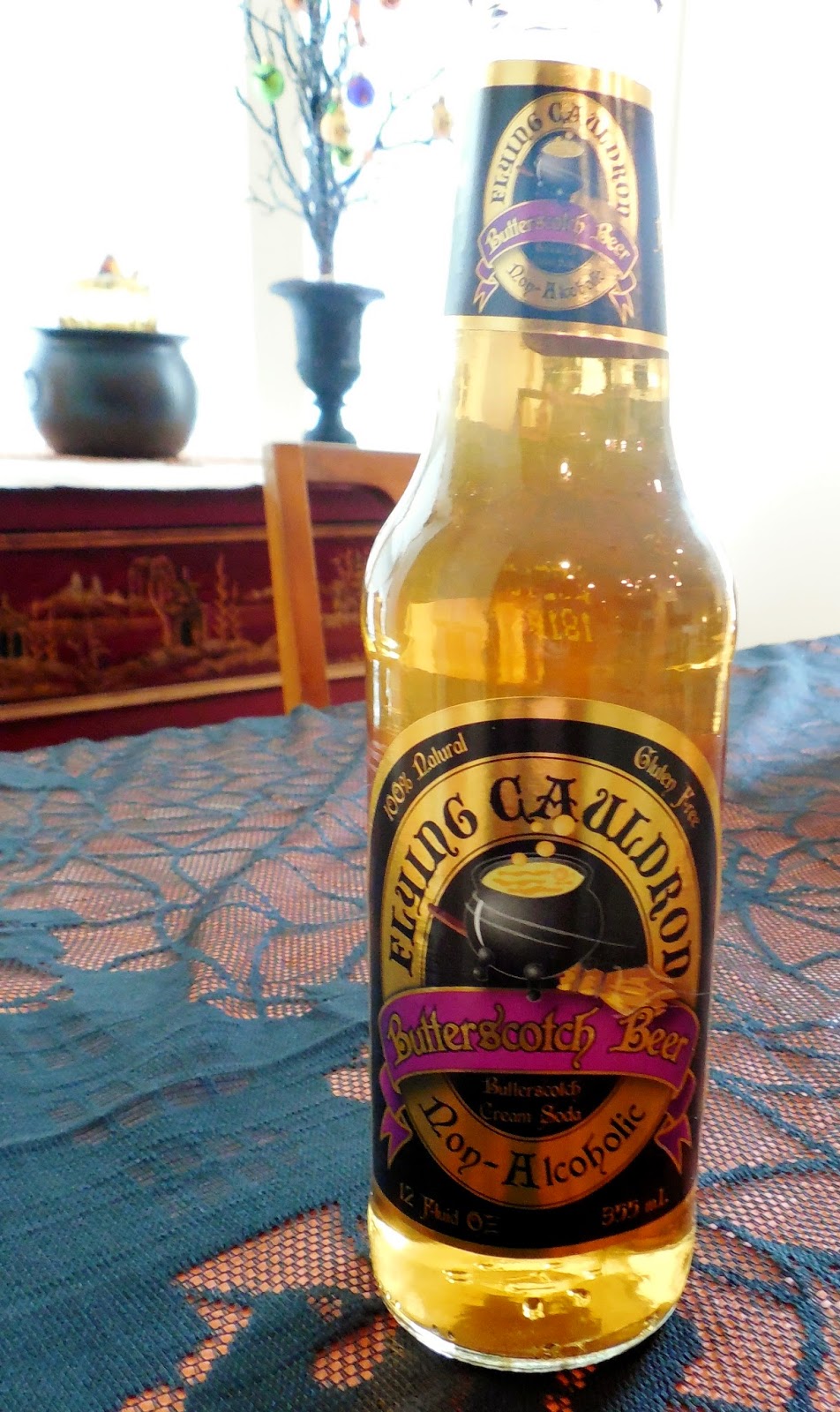 Now that we have finished our tea and conversation, let me walk with you back to Hogsmeade so you can catch the next train to London. 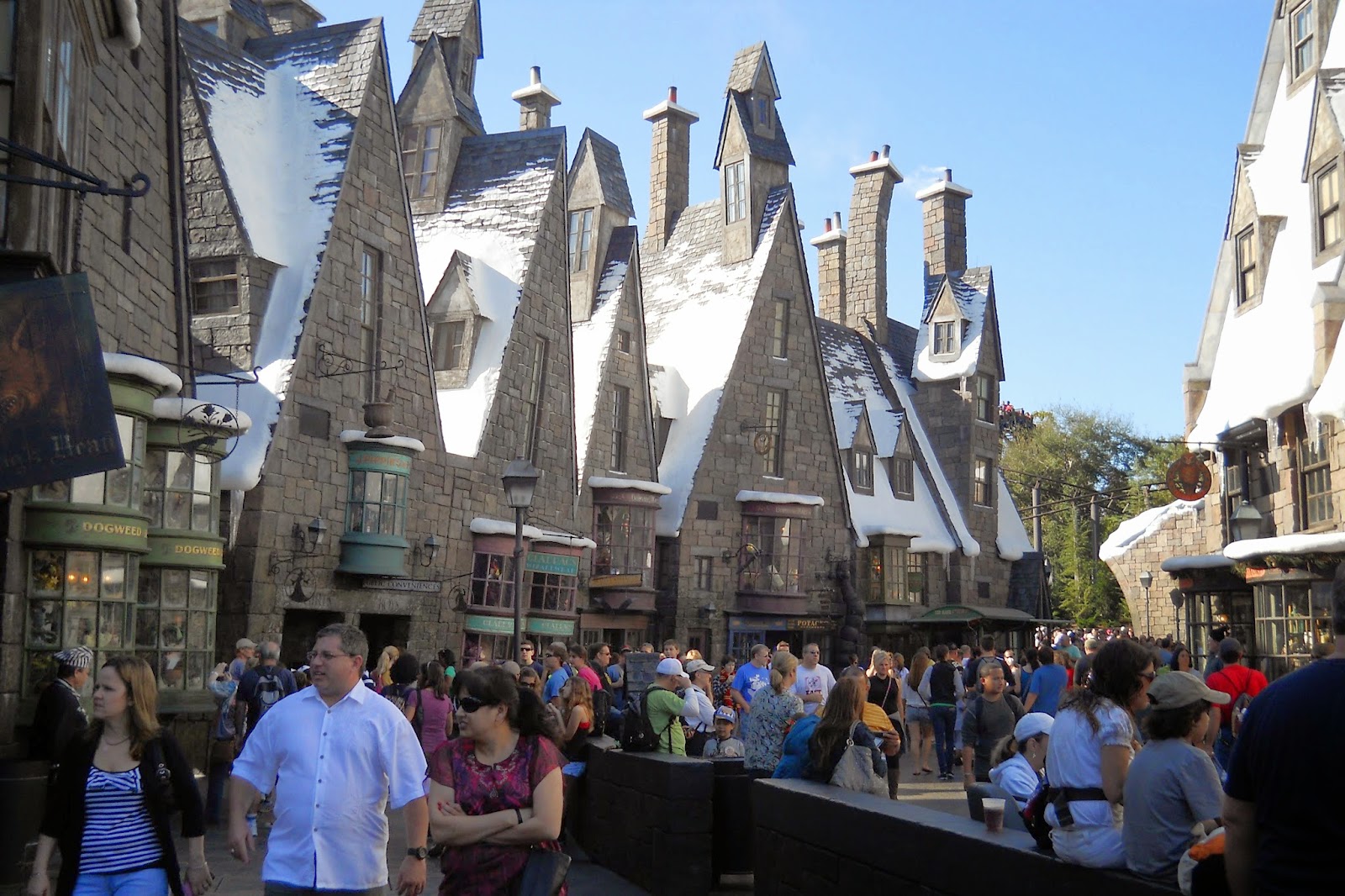 (Just in case you were wondering where the pictures of Hogwarts and Hogsmeade are from, I visited The Wizarding World of Harry Potter at Universal Studios, Florida in 2011 and am sneaking those pictures onto the blog).
Thanks (as always) for joining me, and I will be sharing some of the recipes from this tea later this week.
This week I'm tea partying with:
Tea Time Tuesday at Rose Chintz Cottage
Tea Cup Tuesday ~ http://www.marthasfavorites.com/
Tuesday Cuppa Tea~ http://www.antiquesandteacups.info/
Bernideen's Tea in the Garden﻿
Updates:
This post was featured on Eclectic Shorebird.  Thanks Susan!