Today I wanted to take a quick minute to share a made for T.V. movie series with you.  The Good Witch is a wonderful Hallmark story about a magical woman, Cassie Nightingale (played by Catherine Bell), that moves to a small town and touches a great many people in the community.  Right before Halloween the seventh movie in the series aired...The Good Witch's Wonder.

Now you are probably wondering about the tea tie-in.  There is a moment when the main character's stepson is having second thoughts about his future with his fiancé when Cassie makes him a cup of tea (with a beautiful tea set, no less!).

She pours him a cup, then pours out the tea (what a waste!), 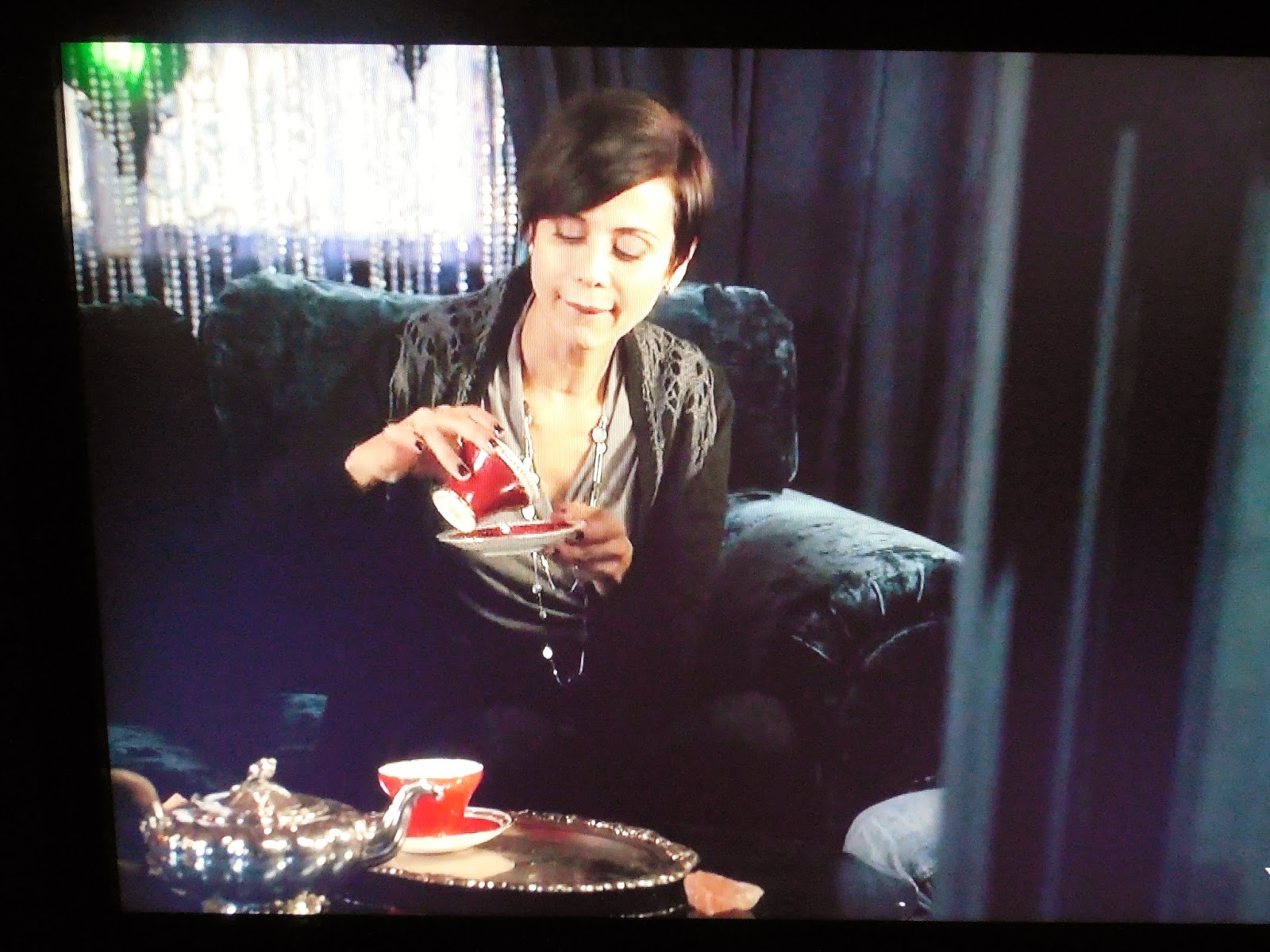 and asks what he sees in the teacup. 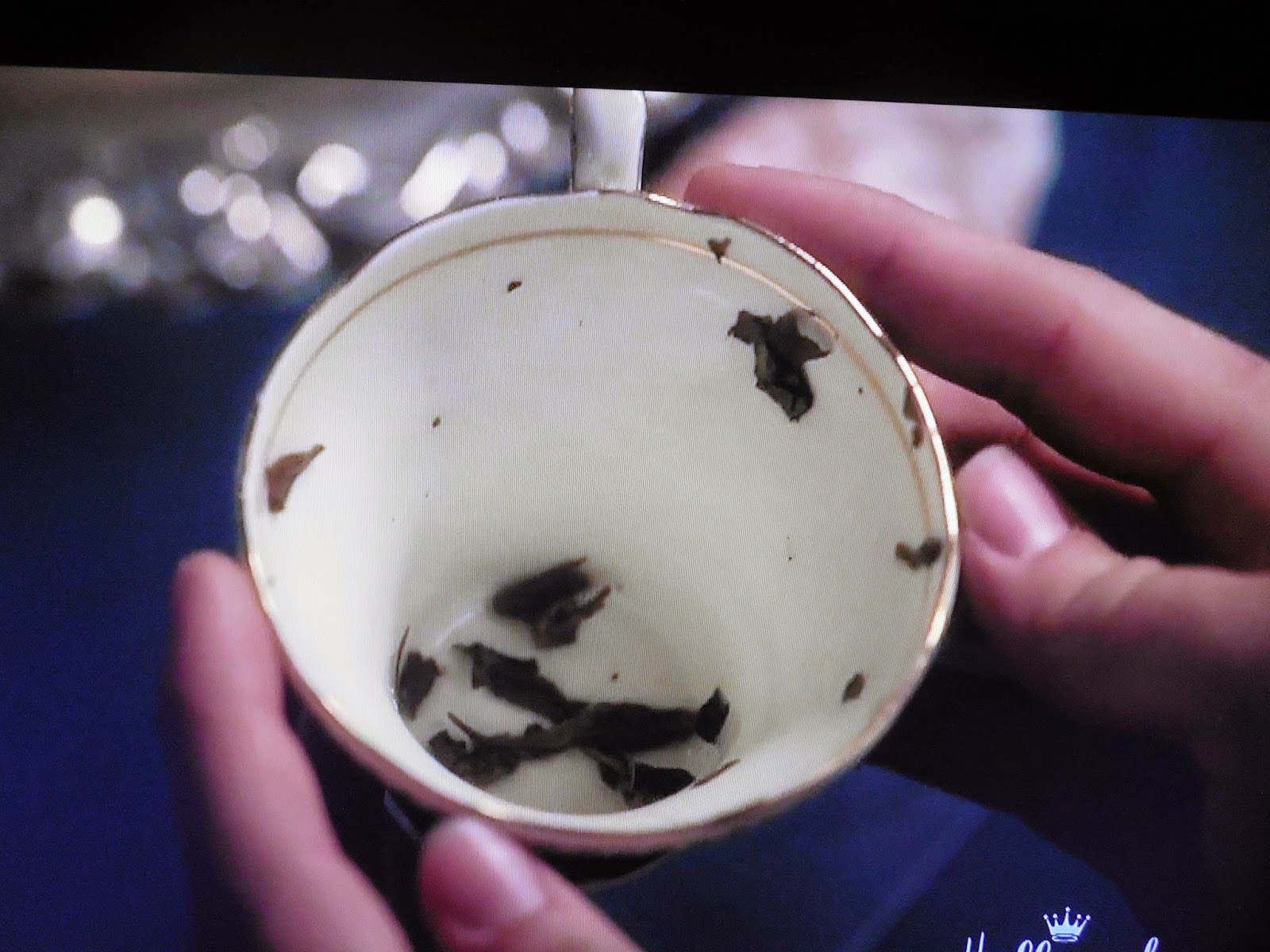 He said it looked like bones (I guess the cross bones from a pirate's skull and cross bones...all I see is tea leaves!) and she explains that he is unsure... 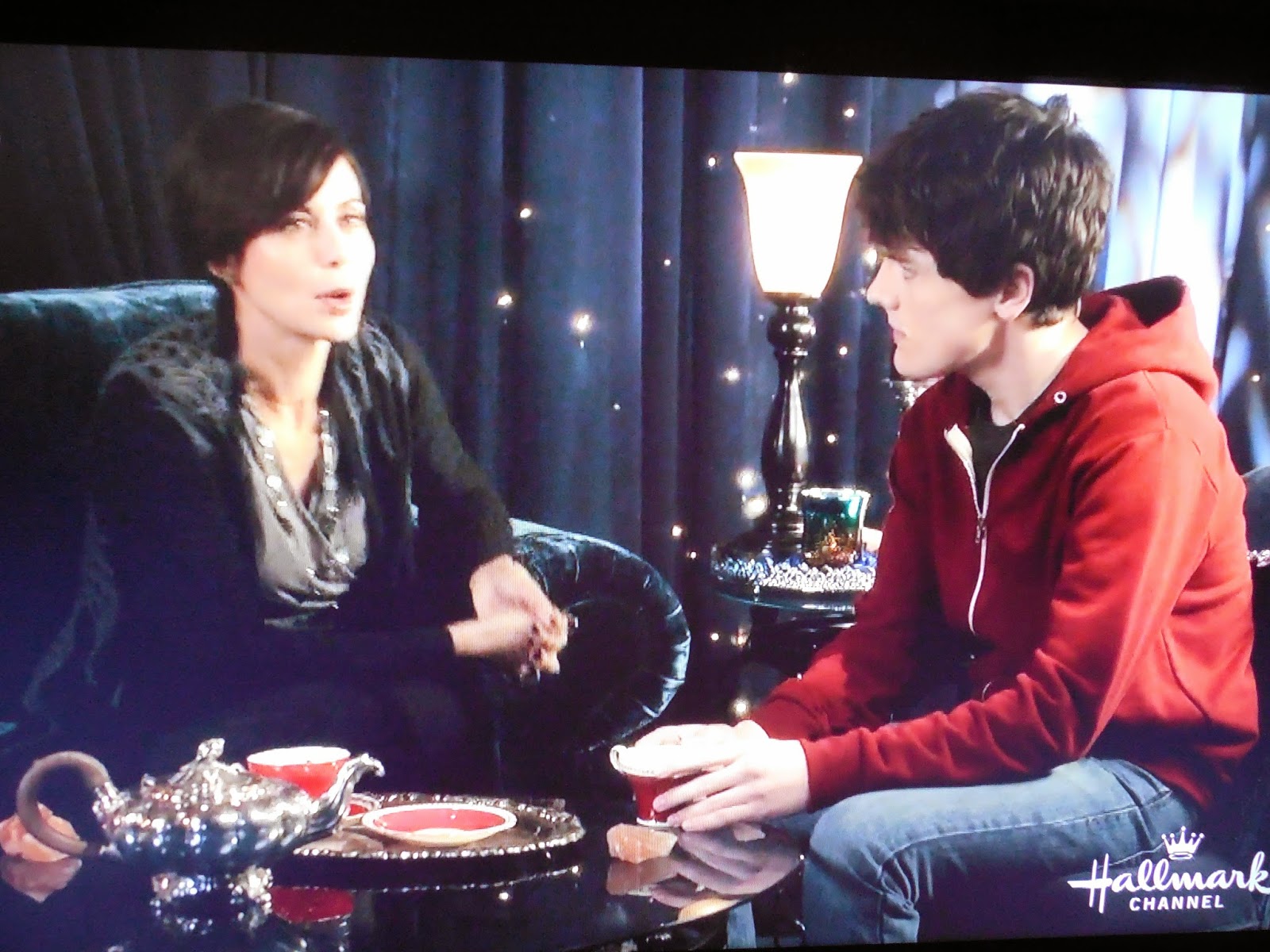 In the end the advice from this scene helps him work out his feelings.
I'm really excited because in 2015 Hallmark will air a Good Witch series that I think will be terrific if it is anything like these movies!  I'm really looking forward to seeing what they do with it.
﻿
﻿
Posted by Carrie at 10:27 PM