Last week we had the first snow of 2015, which inspired this week's tea party of frosty blue on a blanket of white. 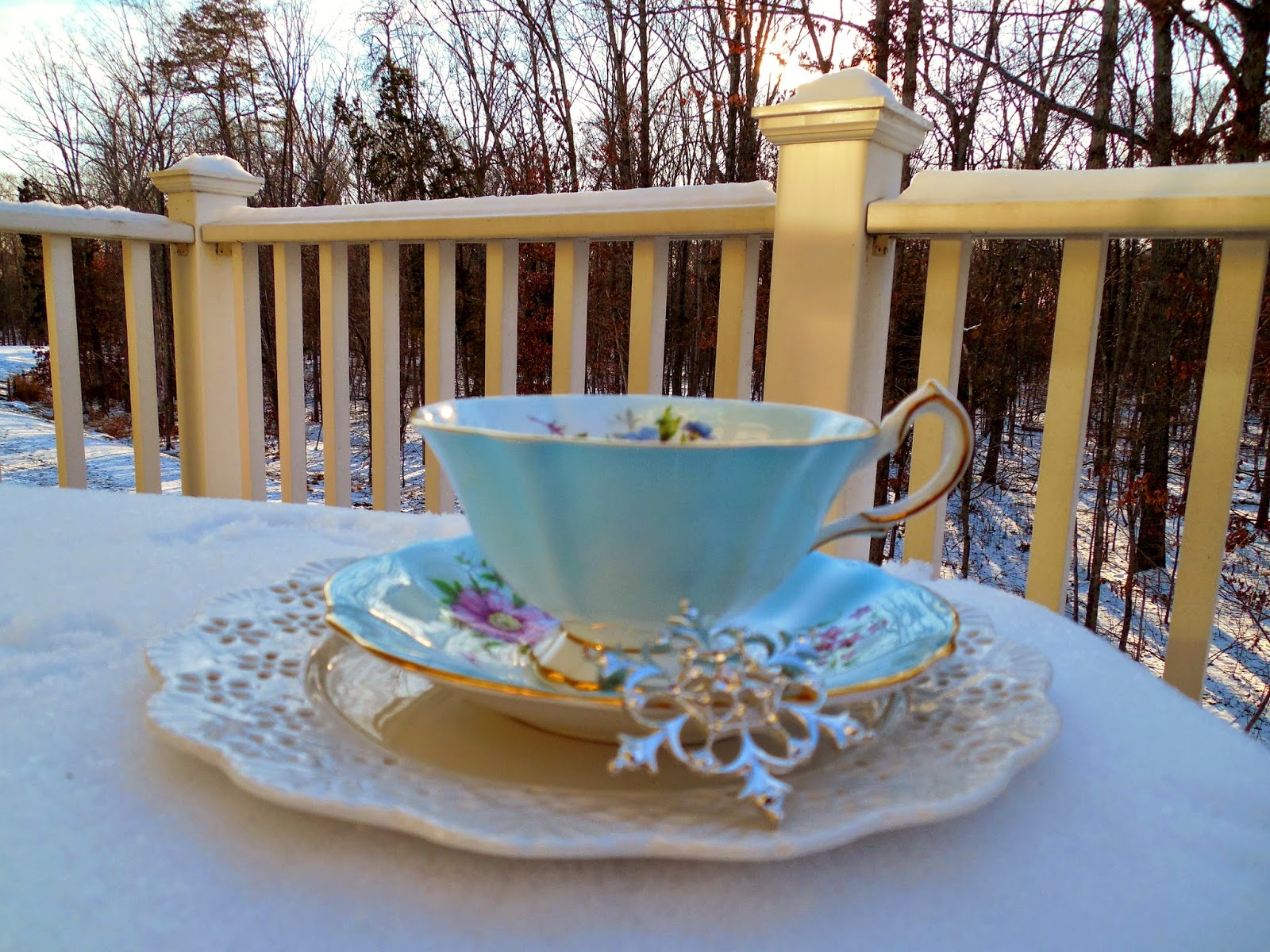 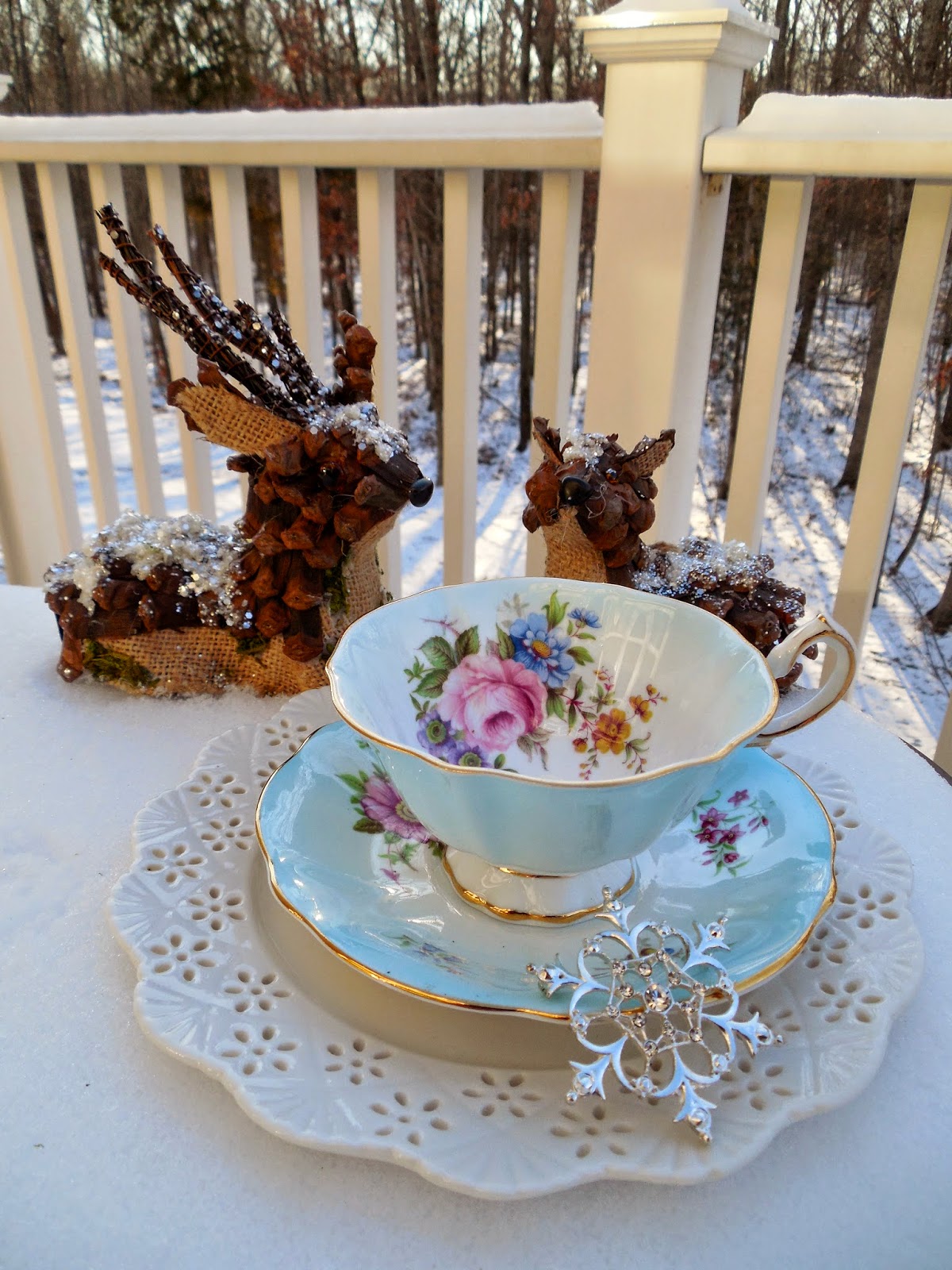 I especially like to walk among the sleeping trees in the half-lit silence of winter dawns. The trail I follow winds and twists, new patches of mixed woodland appearing at every turn. That morning, I reached a point where the path turns sharply left to follow a small ravine. In spring, ephemeral ponds—lively with salamanders, loud with frogs—form in the creases of the forest there. But in frozen winter, I expected nothing beyond silence and wind.

So I did not see them at first, three deer beside three empty larches. When I made them out—gray-dun hides against a gray-dun world—they were motionless, white tails aloft like flags of distress. I stopped in my tracks, thinking how lucky I was to meet the animal my Celtic forebears called the spirit of wildness on that auspicious day." 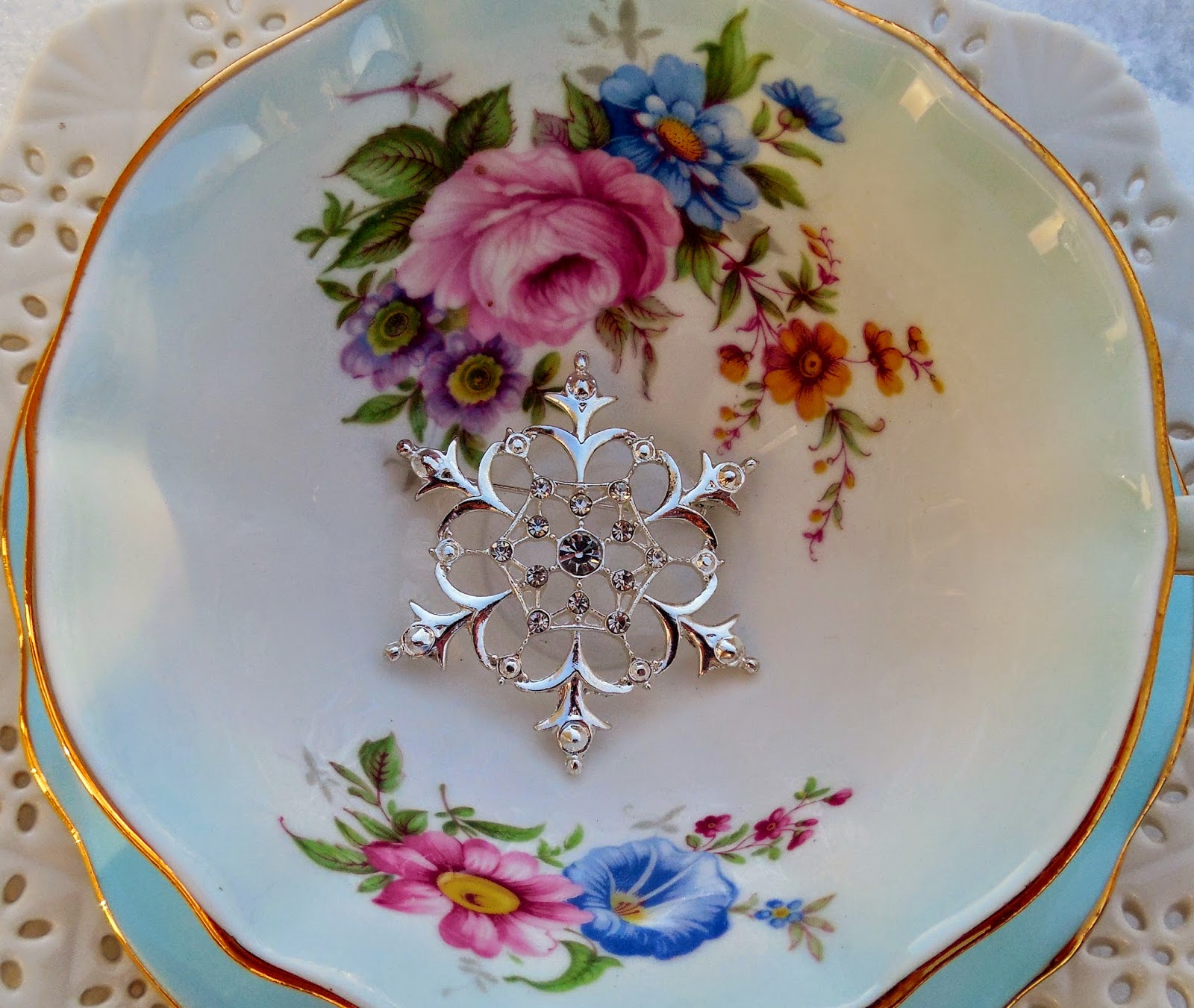 'I am the Winter Flower'
she said
'the opposite of the Summer Ones.'

'My blooms
peak in deep snow
and I weather
hail, sleet and bitter cold.

My Summer Kin
know the Sun. 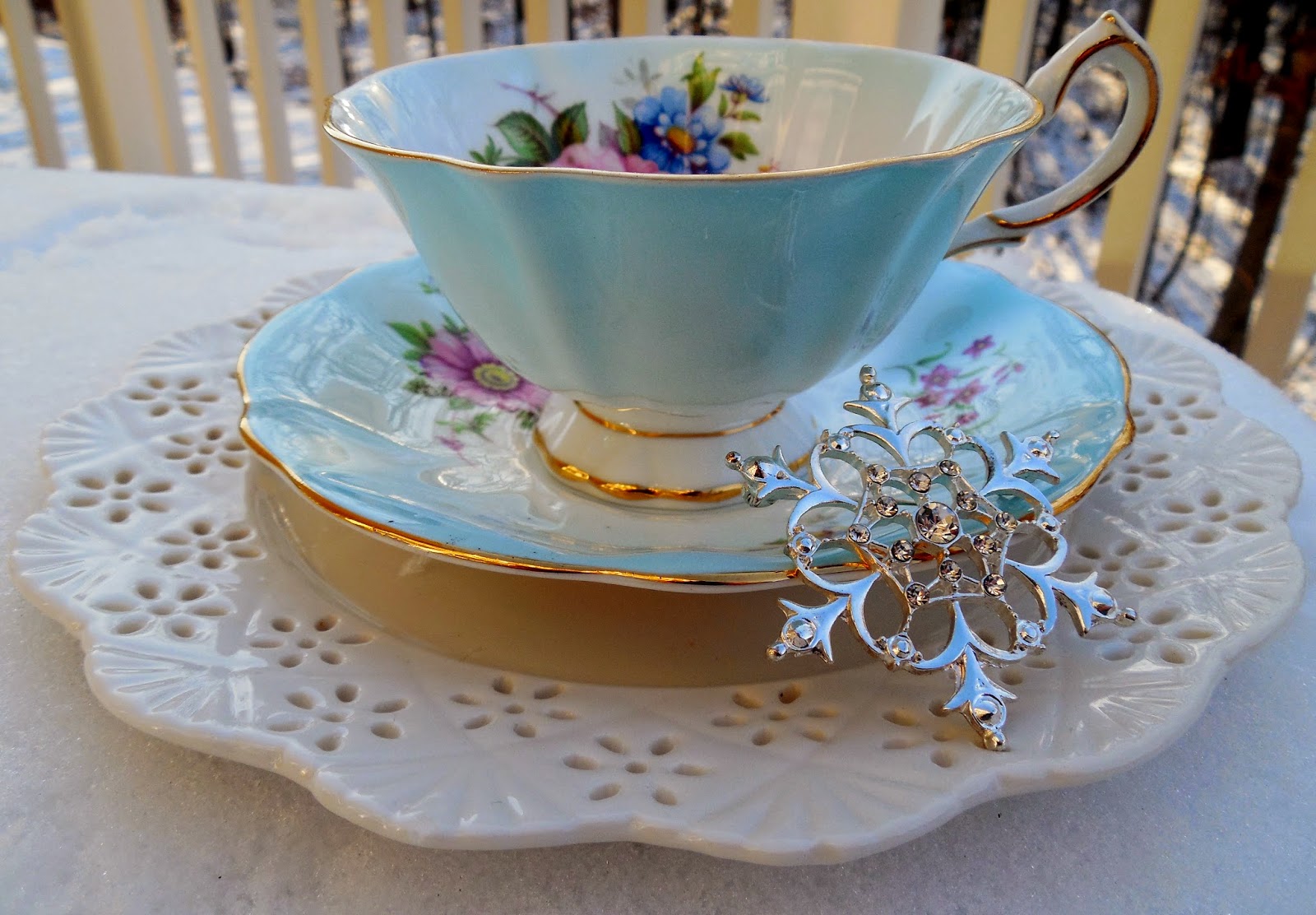 I was obviously having a lot of fun with quotes this week.  This teacup is Queen Anne.  I found it in a thrift store for $5, which I thought was a pretty good buy!  My house is still full of Christmas decorations that I am in the process of taking down.  I'm always a bit sad after Christmas--the decorations just serve as a reminder that I have to wait a whole year until it is December again.  The cold and snow aren't helping much, but at least they bring home that its now January! 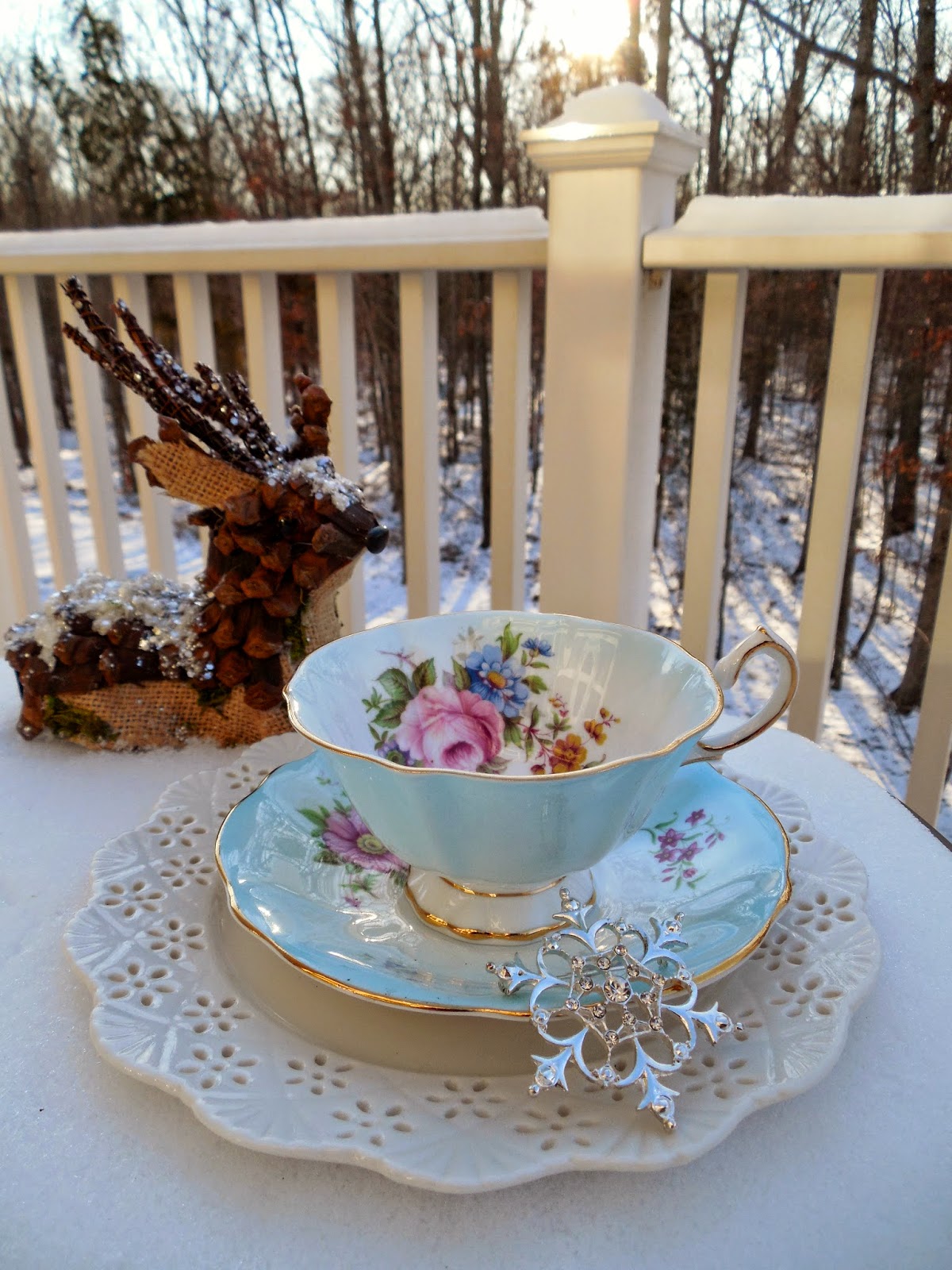