I've been serving soups lately at some of my tea parties--I've always enjoyed making soups (probably my favorite type of "cooking"), so why not combine it with a tea party?  This also opened up my collecting habit to cream soup cups!

Since this party was low key, I just made the soup the same day, but it tasted fine reheated, so I'm sure it could be made the day before and put in a crock pot to make preparation easier.  The recipe below was inspired by this one on Allrecipes. 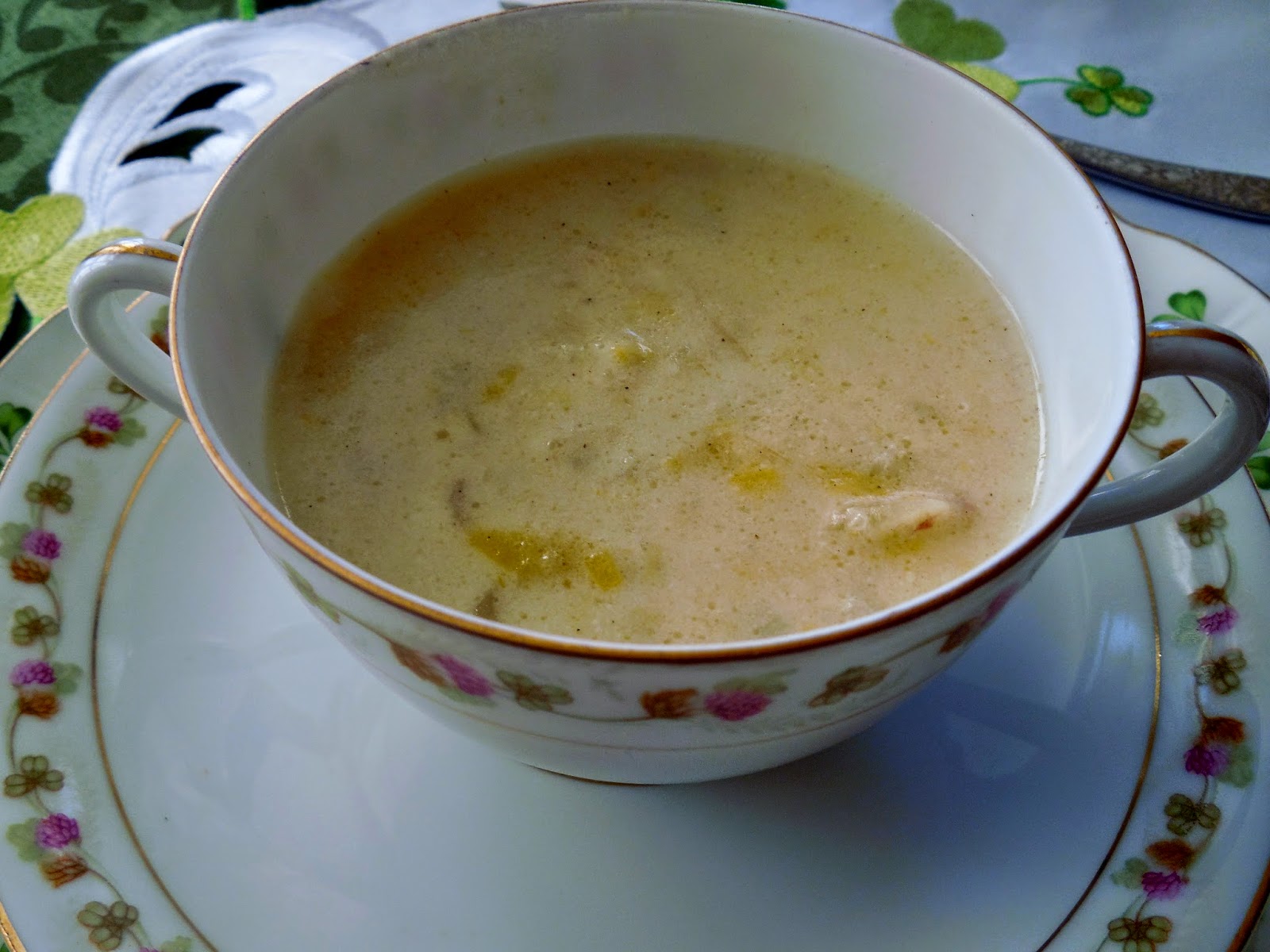 Potato Leek Soup
3/4 cup butter
2 leeks sliced (small)
3 cloves garlic, minced
1/2 tsp onion powder
4 cups chicken broth
4 cups potatoes, peeled and cut into chunks
2 cups heavy cream
white pepper and salt to taste
In a dutch oven, melt butter over medium heat.
Sautee leeks, garlic, and onion powder until soft.
Add chicken broth, potatoes, and a few shakes of pepper.  Bring to a boil.
Reduce heat and add cream.  Simmer for at least half an hour, or until potatoes are soft.
Using a potato masher, mash the potatoes into smaller bits.
Add salt and pepper to taste.
And that's it!  So easy.   I found lots of recipes online that used a blender to make it smooth, but I don't think it is necessary if you get the leeks small and use a potato masher.  My taste testers (potato soup connoisseurs) all really liked the soup, so this recipe is a keeper!
﻿
﻿
Posted by Carrie at 11:01 PM