A couple of years ago I went to an early spring tea at Rippon Lodge in Woodbridge, Virginia.  Unfortunately, it was pre-blog so my pictures aren't great, but I figured this was such a fun idea for a party, so I should share it! 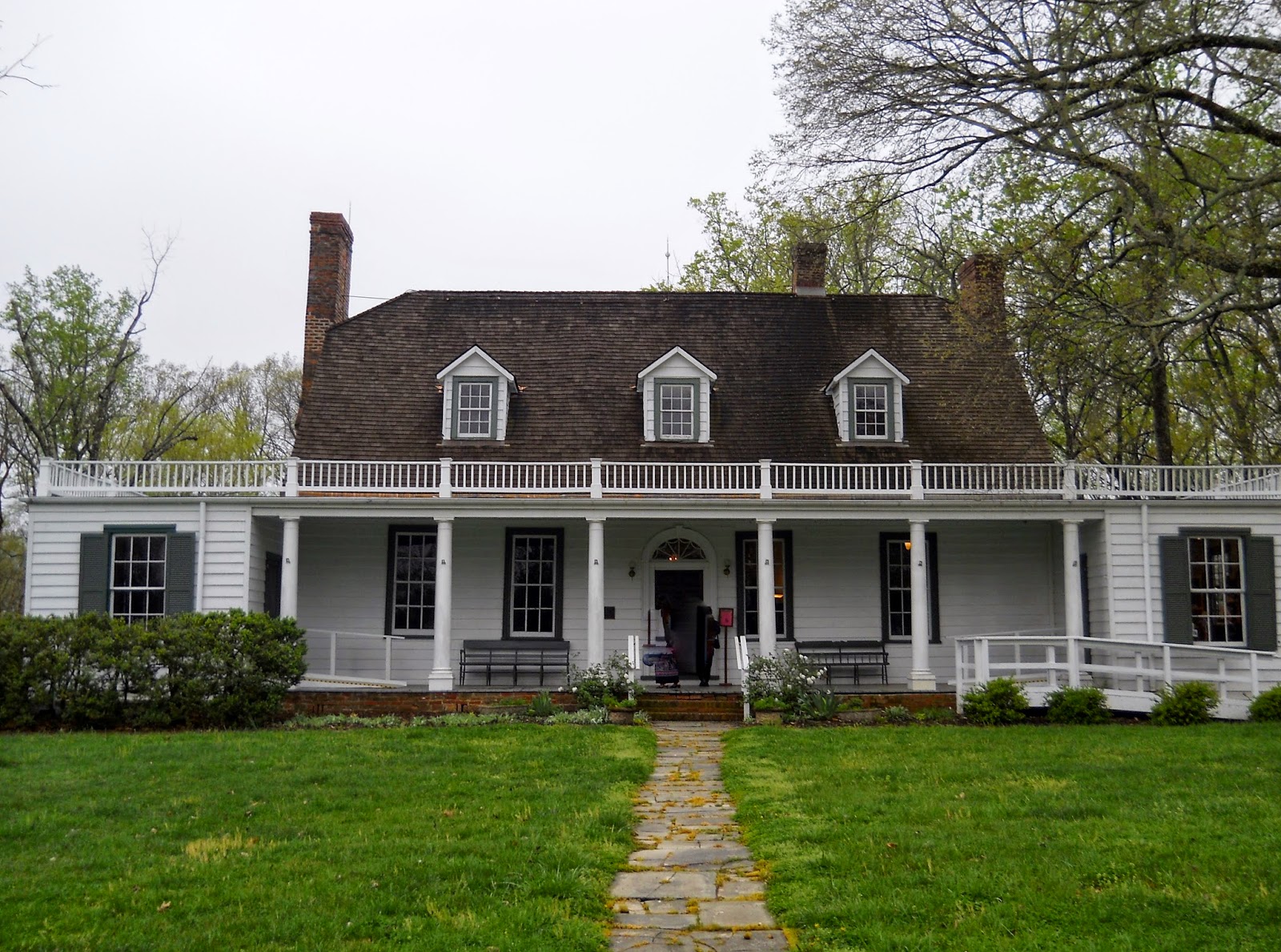 First a bit about Rippon Lodge.  The original part of the house was built circa 1747.  As a part of the tea, we took a tour of the house, which has beautiful paneling.  The original owner, Richard Blackburn, was a carpenter from Ripon, England, and he (and his apprentices) carved the paneling, in part to show his skill at his craft. 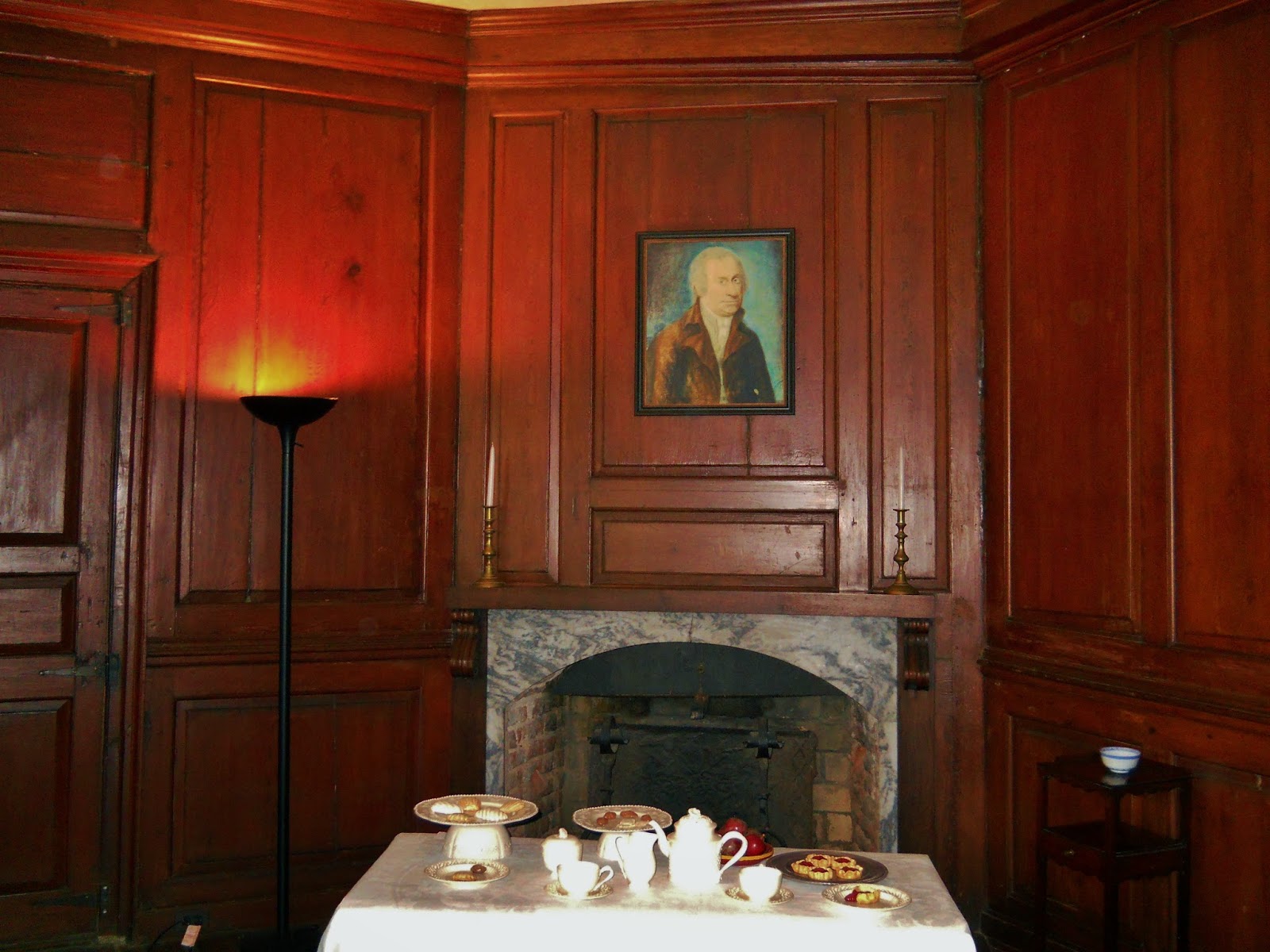 (yes that is a tea service in front of the fireplace!)
But on to the main tea event.  I visited Rippon Lodge for a Jane Austen Tea party! 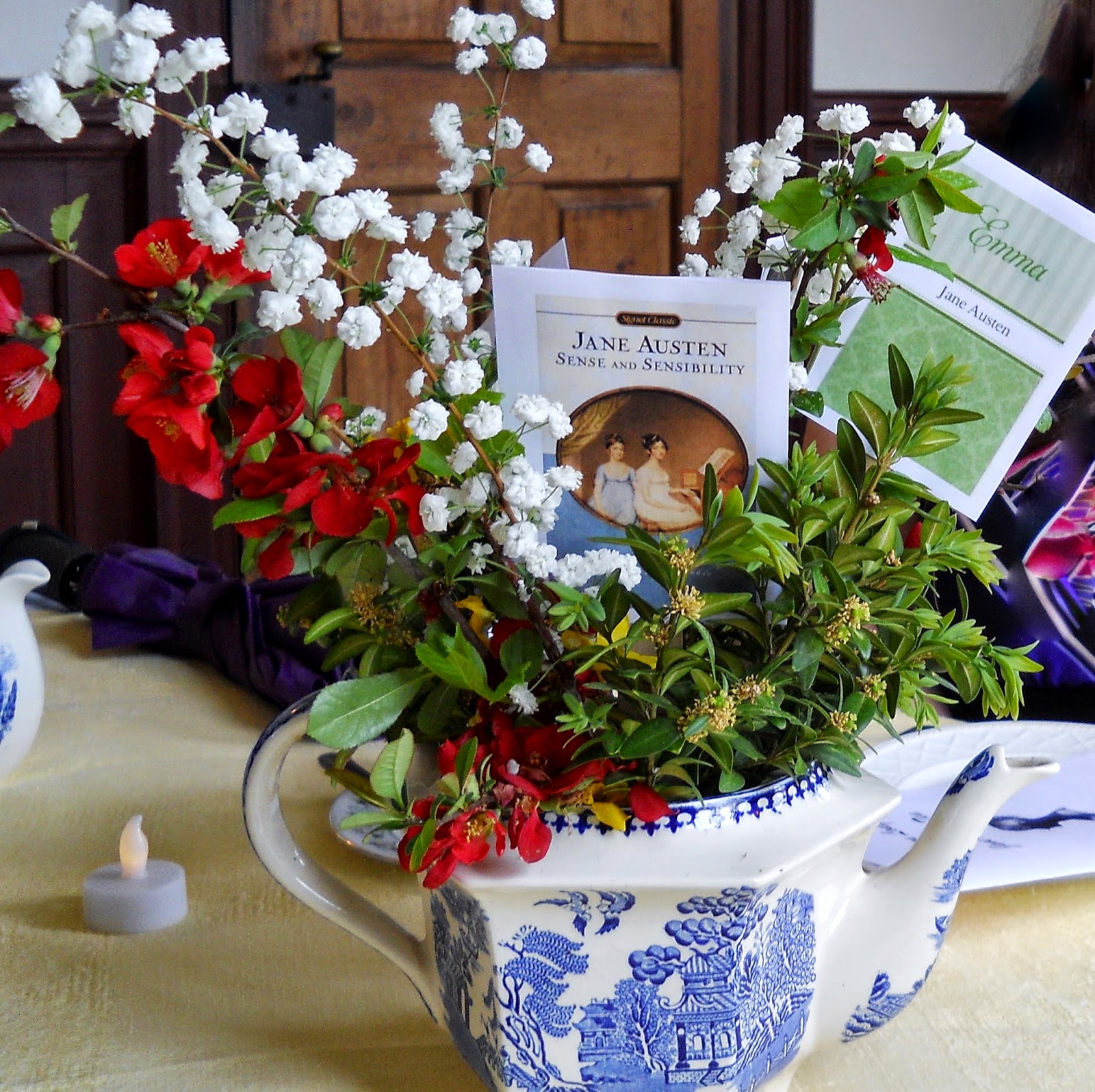 (isn't this a cool idea for a centerpiece?)
This was a couple of years ago, so I don't remember what all of the food served included, but I do remember it was delicious! 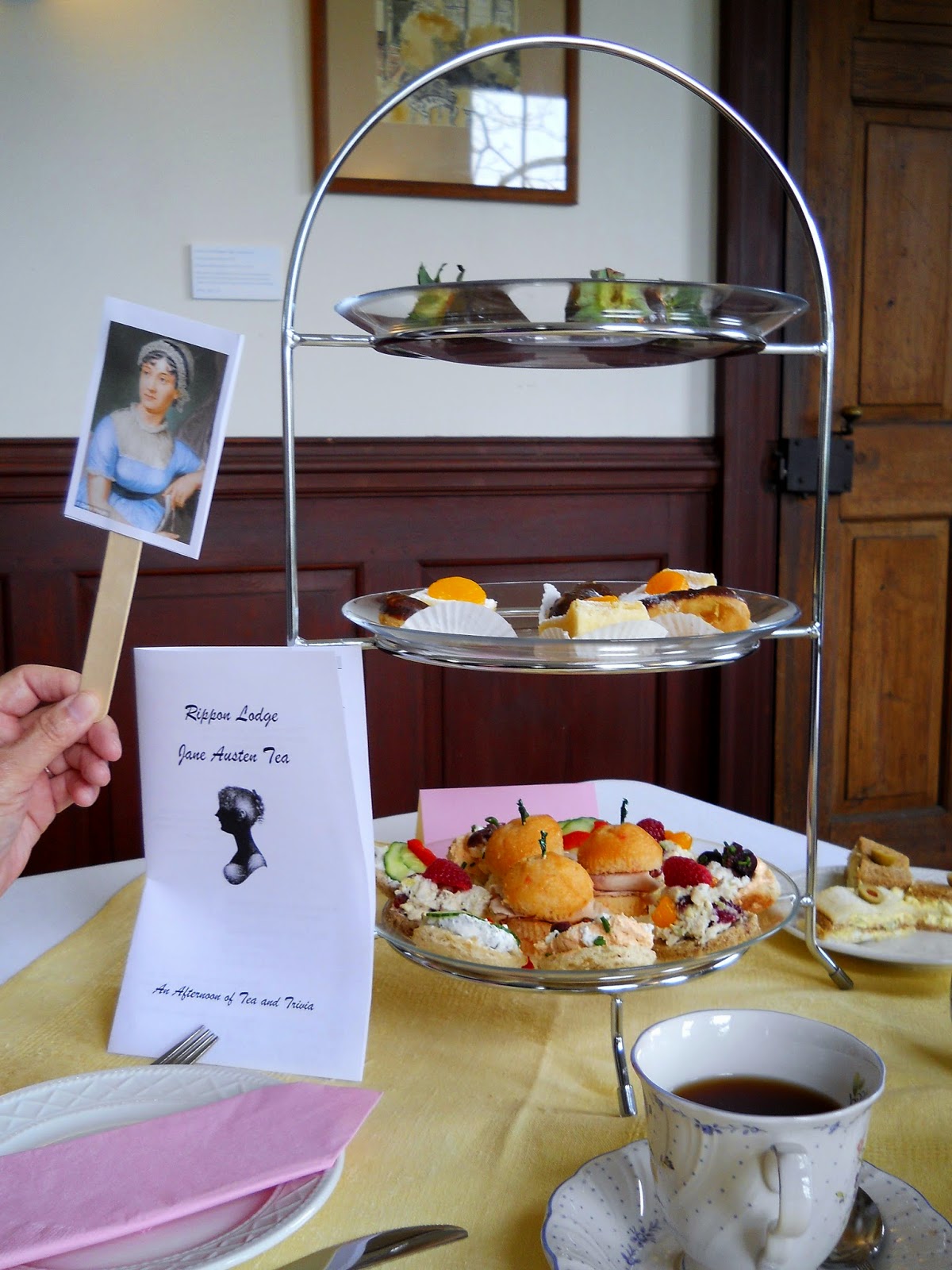 One sandwich in particular I do remember and have served since because it was so good.  An orange muffin with orange marmalade and ham and a mild cheese (I've used Havarti).  It is different, and yet very good!
While we were enjoying all the delicious food, we also played a Jane Austen trivia game, which would also be loads of fun at a Jane Austen themed book club tea or a Jane Austen movie tea!  Speaking of movies based on her books, my sister and I watched a movie marathon before going to the tea so that we would be ready for the trivia.
(from the internet--best version ever!)
I'm joining these tea parties:﻿
﻿
﻿
﻿
﻿
Tea Cup Tuesday ~ http://www.marthasfavorites.com/
Tuesday Cuppa Tea~ http://www.antiquesandteacups.info/
Bernideen's Friends Sharing Tea
Rose Chintz Cottage's Tea time Tuesday