Well, I had planned to post this earlier this week, but better late than never!  Last Sunday the tea meet up group I belong to met in Oakton, Virginia at a member's house for our first 2016 tea party.  The wonderful lady, Janice, opened her lovely home to us, where she had set up two tables in her dining room to hold us and a veritable buffet of dainty foods. 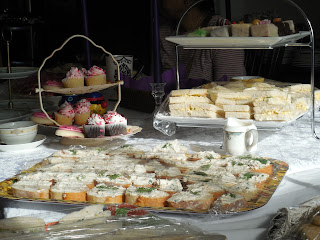 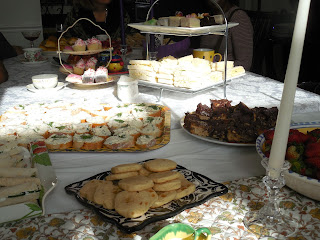 Tea began with a small glass of champagne punch mixed with a blackberry tea. 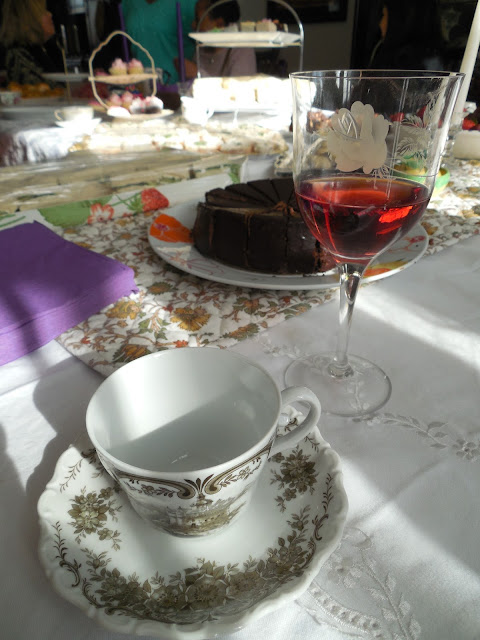 The tea was a pot luck, with each guest bringing a savory or sweet, and a tea cup.  I brought this pretty German transferware set with a castle scene, a recent $3 thrift store find.

I started tea with the savories:  egg salad, smoked trout (made by the hostess and delicious!), cucumber, cheddar and apple, and a lovely ham and cheese melt. 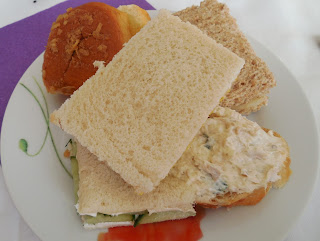 The hostess also made two types of scones she set out on a side table in the dining room with assorted curds (raspberry, lime, and lemon), jam, and mascarpone. 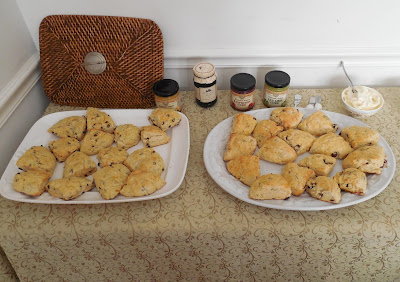 I enjoyed both the cranberry orange and the blueberry with a bit of cream and raspberry curd.﻿ 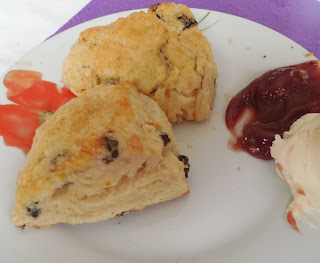 By this point I had eaten a lot--but, as with any good tea, I suffered on! 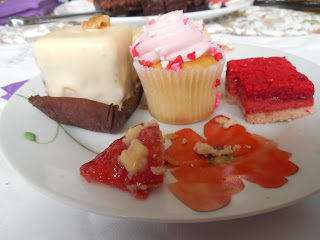 
Sadly I didn't think to take a picture, but I really like how Janice served tea for this party.  She created a tea station in her kitchen, with some empty pots that guests could use, or each guest could make a cup at a time, with a large urn of hot water on her stove as well as a couple electric kettles set out for use.  She had set out a selection of all sorts of loose leaf tea with filter bags ready for our use, as well as some pre-bagged teas (including Harney and Sons' Hot Cinnamon Spice, a favorite!).  I was on the lookout for something new since she had opened up her extensive tea cupboard for us, so I tried a butterscotch flavored with apple--a definite first!
Posted by Carrie at 11:52 PM