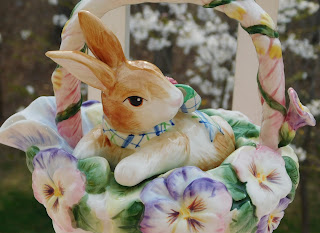 The birds sing their songs
pairing two by two
and bunnies softly step
through fields of swaying daffodils. 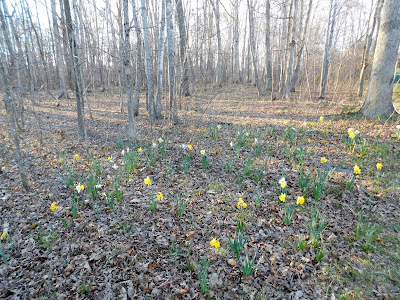 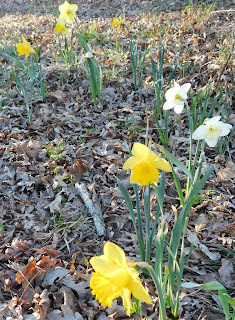 All who come will
witness something wonderful
an Easter awakening
as, from what once had fallen,
comes a new life. 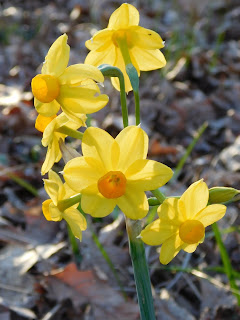 And speaking of wonderful,
the White Rabbit would reply,
this place is Wonderland 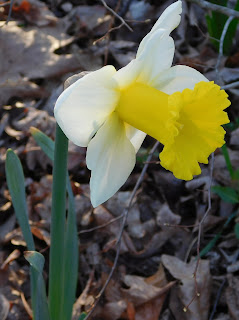 And in Wonderland...
“Take some more tea," the March Hare said to Alice, very earnestly.
"I've had nothing yet," Alice replied in an offended tone, "so I can't take more."
"You mean you can't take less," said the Hatter: "it's very easy to take more than nothing." 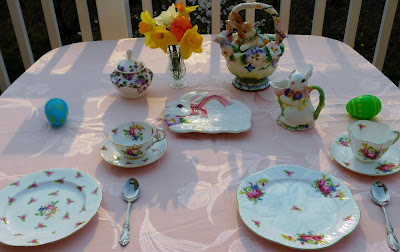 To which Alice replied
"Nobody asked your opinion" 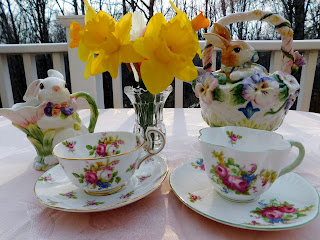 Then to the hare, reminiscing,
Is it tea for two
or two for tea?
But won't the White Rabbit
soon join me?
I followed this place
and don't know the way home.
I fear that soon
I will have to stay
forever. 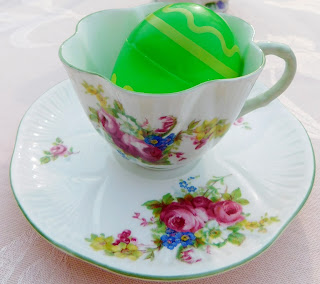 (my new Shelley set, a surprise find after we went for a drive and somewhat got lost, sort of) 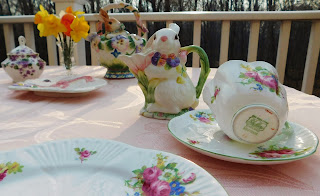 Alice finally sat
and took a teacup
one of two with flowers
pink, white, blue, and green,
As the Hare returned with
the White Rabbit
and readied to pour the tea. 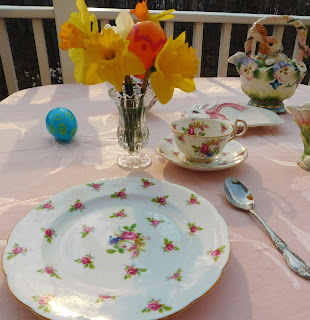 (the other set I found on that same trip) 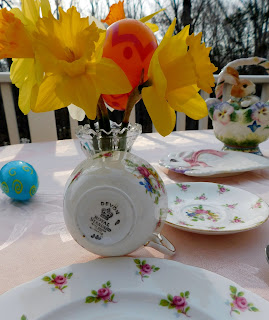 But Alice rests her cup on its side,
still thinking deep thoughts
then asks
"How long is forever"? 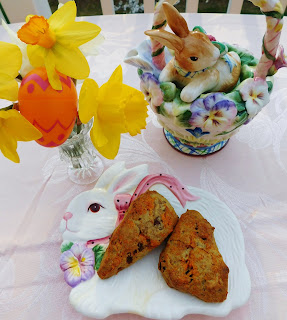 To which the White Rabbit answers,
"Sometimes just one second."
Think Alice of the daffodil
Sunny and bright
as the day
until it is night.
Just so the daffodil blooms
until it does not.
What is forever
to the daffodil? 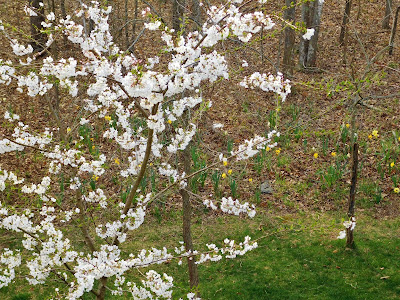 Then the white rabbit sprang up
with some trepidation
But, alas, I don't have forever,
not even one second.
I'm late! he exclaimed
I'm late!  For a very important date!
Now no time to say
"Hello/Goodbye,"
I'm late, I'm late, I'm late.

I'll share the recipe for scones--carrot cake of course since we have a tea of hares and rabbits-- later this week.  I hope you had a wonderful Easter!
**Note:  This post contains shameless use of quotes from Alice in Wonderland by Lewis Carroll for my own purposes mixed in with my own verse.﻿
﻿
Posted by Carrie at 11:57 PM

Email ThisBlogThis!Share to TwitterShare to FacebookShare to Pinterest
Labels: Tea and poetry