Well, it's been awhile again!  I'm a few weeks late in part because I was busy working preparing for my latest tea party that I can't wait to share (next week!), but first I thought I should (finally) post some of the backlog that I have accumulated while I was not updating.

A couple of weeks ago, I went into Georgetown in Washington, D.C. for the French Market.  As a part of the festivities, Tudor Place was open with some special exhibits. 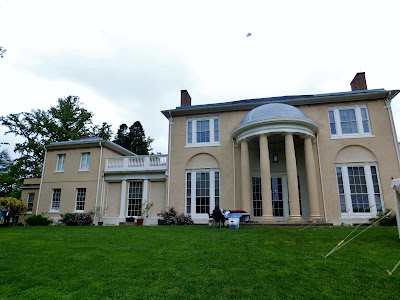 Tudor Place has been on my list to visit for a long time--it is a historic house and they occasionally serve tea--so I'm sold!  Unfortunately, I didn't have the chance this visit to do a tour of the inside or have tea, but I really enjoyed the exhibits on the grounds. 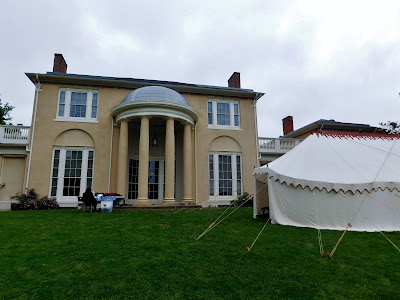 There were two tents set up--one was a replica of the dining tent used by George Washington during the Revolutionary War. 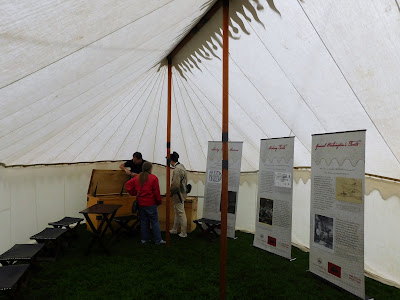 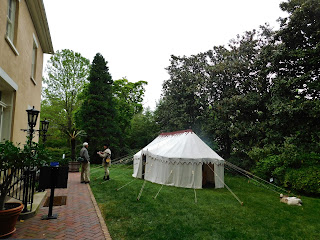 so I guess you could call it the first oval office!﻿ 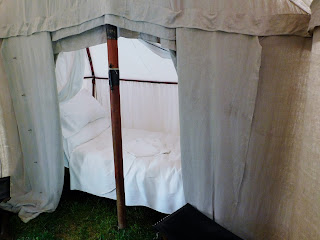 The house wasn't built until 1815--but it does have a connection to George Washington (and thus the tent replicas).  Tudor Place was built by Martha Park Custis Peter, a granddaughter of Martha Washington, and Martha Peter's husband.  ﻿

Although I'm always into history, I must say my favorite exhibit was down past the gardens, 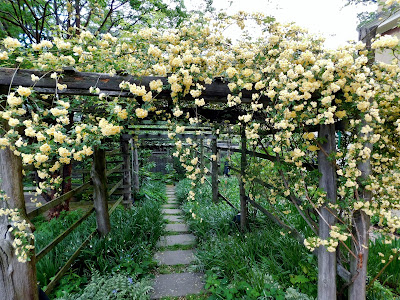 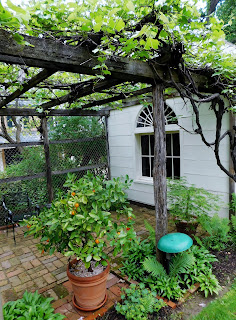 in the carriage house...tea blending!! 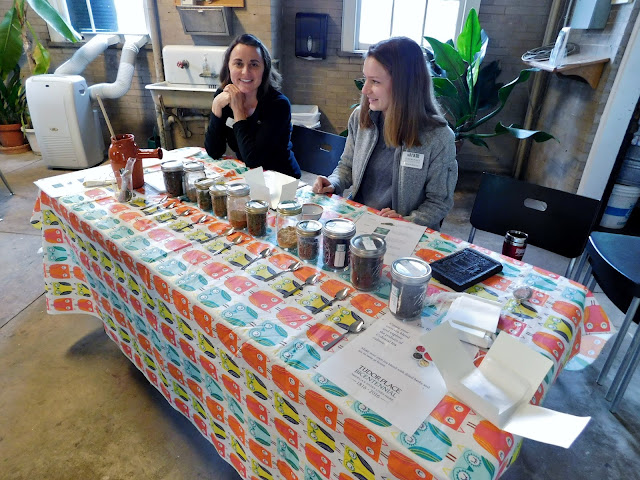 These two nice ladies had an array of jars filled with herbs and spices to be mixed with black tea!  I got to make a bag of my first custom blend...and it (and the entire visit) was free, since I pre-registered. 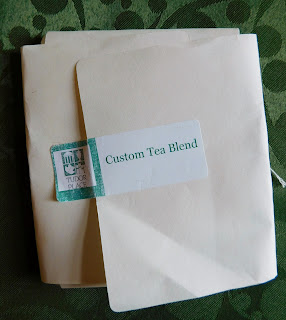 And here is the wrapper for my custom tea blend!﻿ 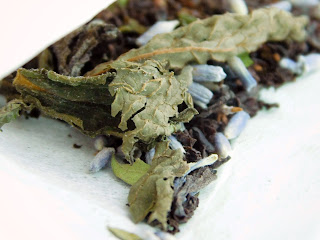 I started with black tea, and mixed in some dried lavender, rosemary, and anise leaves (which I hadn't realized was an herb in addition to the spice star anise--learn something new everyday).  These herbs were all grown on the grounds of Tudor Place.﻿ 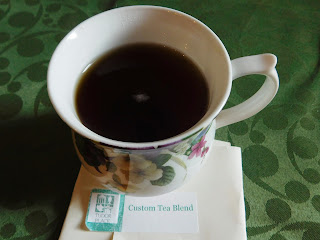 I finally brewed a small pot with my custom blend tonight, and it was really good!  I apparently choose well.  Granted I put in mostly lavender and I'm a big fan of lavender teas.
But even the tea blending had a bit of history!  ﻿ 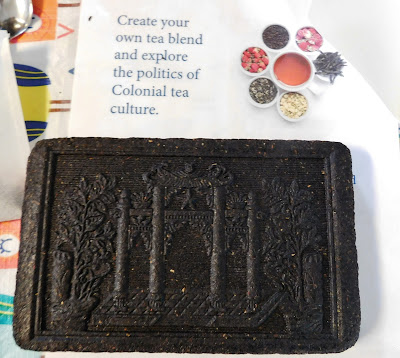 In the colonial area, tea would have been sold pressed into bricks like this one.  Bits would be broken off and soaked in hot water.  I held it--it was pretty heavy  considering it was made entirely of tea!
After I left Tudor Place, I couldn't help taking pictures around Georgetown--the Victorian row homes are so lovely!﻿ 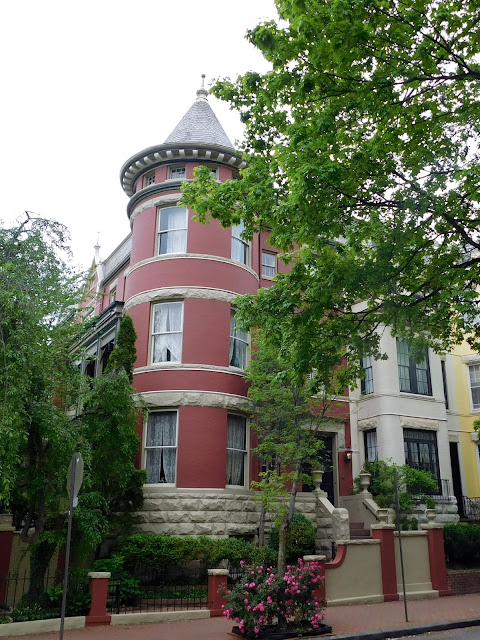 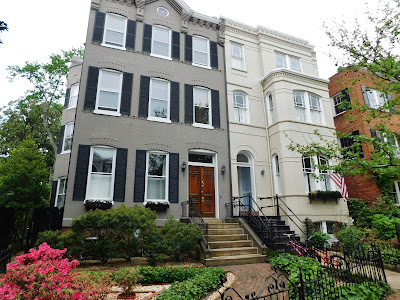 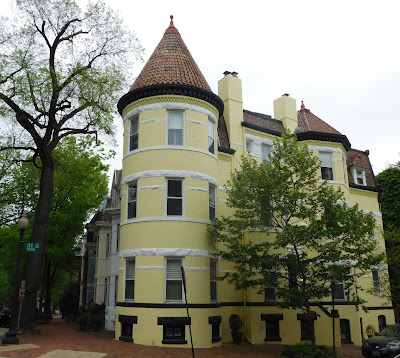 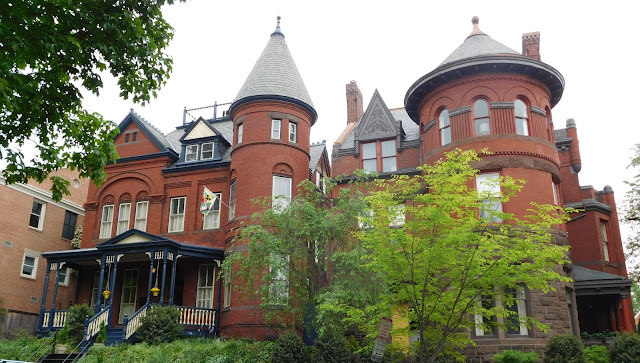 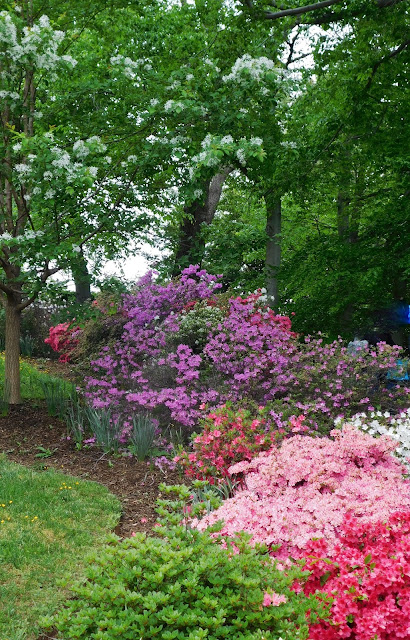 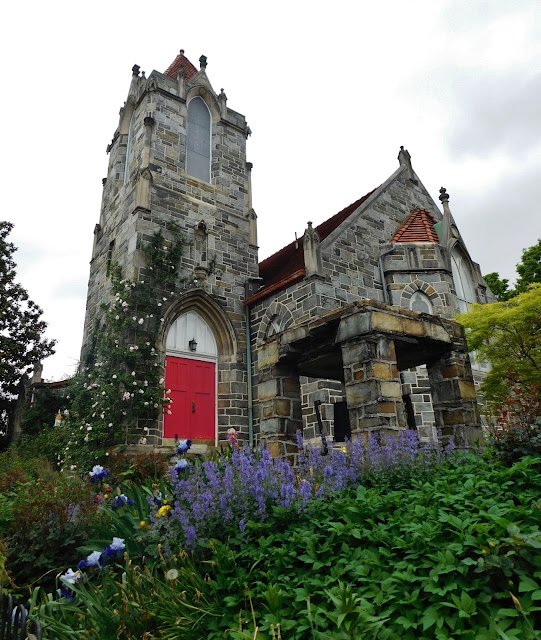 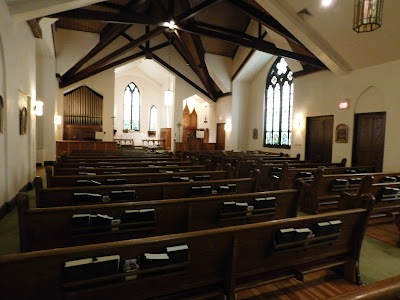 Sadly it was overcast so my pictures have that weird cloudy day background (or lack of a background), but at least it didn't start to rain!
Posted by Carrie at 8:59 PM