Day 1-To Amsterdam in Style

Since I'm not going on my vacations this year (and the cruise I had already decided I wasn't going to go on anyway was officially cancelled), I figured I'd continue vicariously traveling by sharing a different vacation each month this summer.  For June, we are traveling to Amsterdam (and Holland) and Belgium.  So laten we gaan!  But we're going in style this time.

Our trip begins with a first trip in Saga Premium class with Icelandair.  The airline offered an auction to upgrade to business class from our original economy seats and we won!  This is another trip I took with my college friend, Katherine, and we both enjoyed or premium experience.    We were able to use British Airways Lounge at the airport with its free food 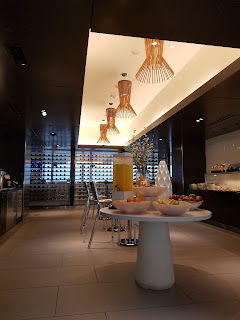 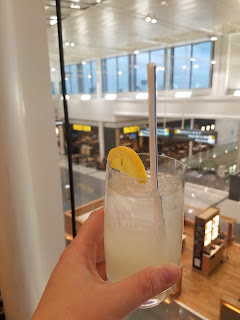 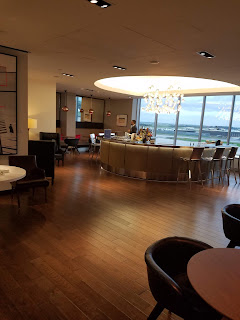 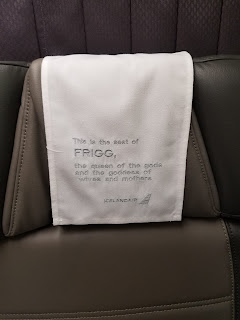 and there were so many freebies! 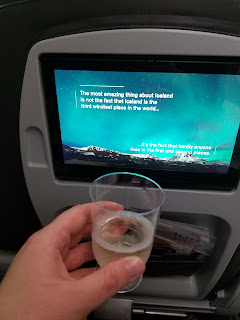 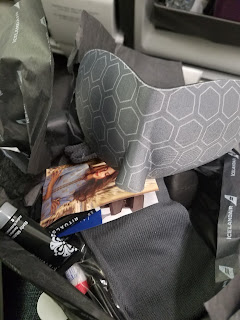 (some lotions, a sleep mask, and other goodies) 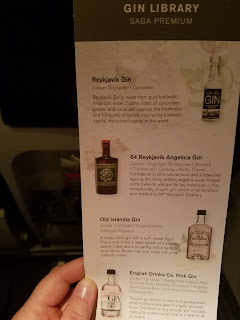 We flew on Good Friday, so I was limited in what I could eat for the included meal.  I ordered the smoked fish platter, with salmon, gravlax, artic char and trout roe. 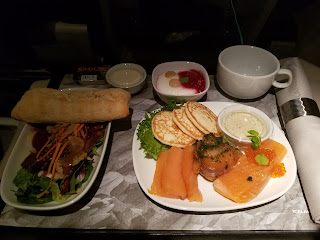 (look at those real plates!)

We arrived in Amsterdam at about 1, and took the train from the airport station to Amsterdam Centraal.  I hadn't quite figured out the public transportation yet (and we were jetlagged) so we ended up lugging our suitcases to the hotel on foot. 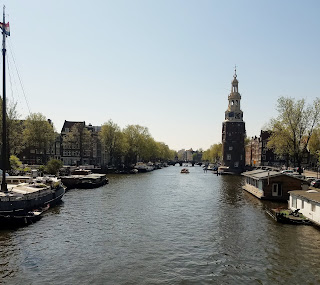 (at least we passed a couple pretty sights, including our first Amsterdam canal)


About 20 minutes later, we were at the hotel and checked in.  After a short rest (due to all that lugging), we were back out and heading towards our first planned sightseeing spot first passing  through Nieuwmarkt (which was filled with a carnival!) 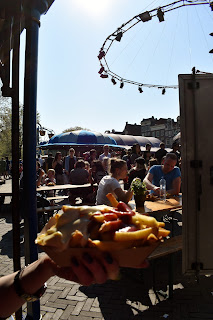 (Yum, French fries break--we even tried it with mayo and ketchup!) 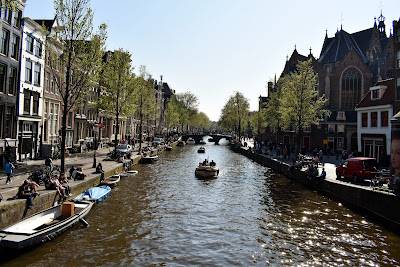 on our way to the Amstelkring Museum.  The "Our Lord in the Attic" Museum was once a hidden church--three houses turned into an underground Catholic Church during the Dutch Reformation.  The church looked like a normal house from the outside since Catholics were not allowed to worship in public.  This church remained in use until the 1800s. 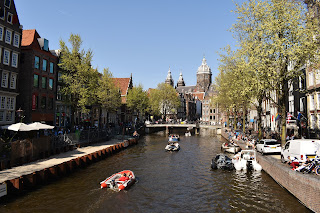 (left side, second building in with the orange roof)

Three floors in the home were cut into to make room for the 17th century church, 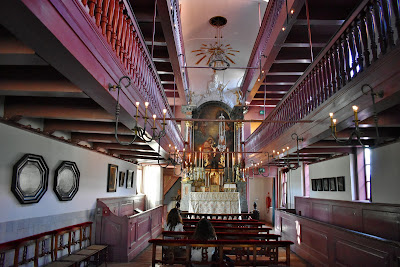 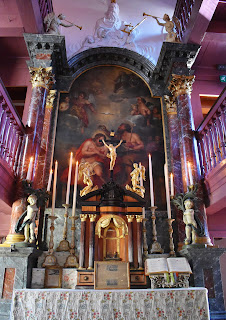 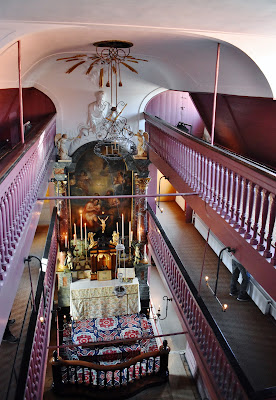 The priest of the church would live on premise, in this room 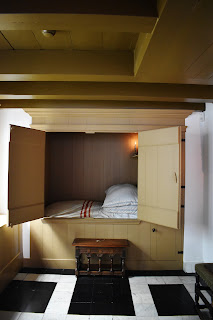 with a kitchen on the ground floor. 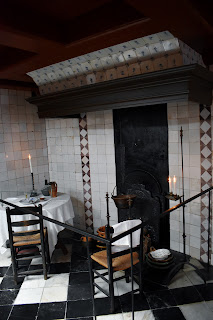 Amstelkring was conveniently located on the edge of the Red light district, so we walked through a bit of it, 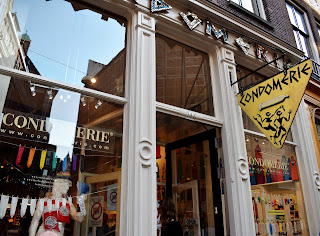 on our way to one of Rick's recommendations for dinner--a lovely outdoor table right in front of a canal at Cafe van Zuylen. 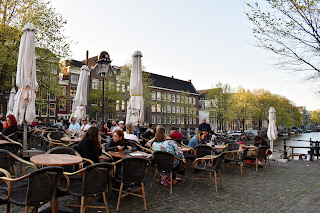 I had a goat cheese salad with pears, walnuts and honey with a cider. 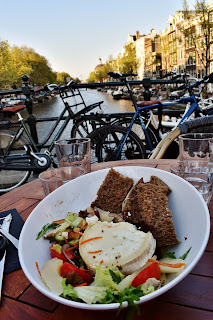 A beautiful walk back towards the hotel, as the sun set, 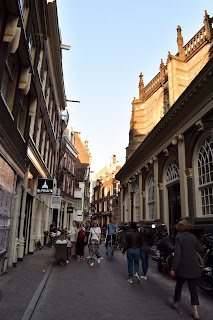 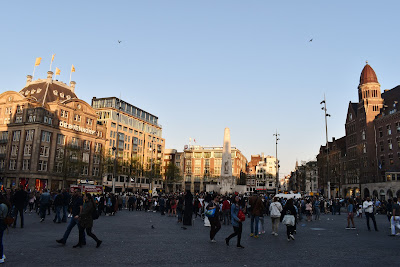 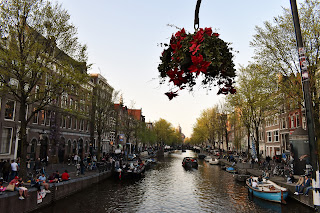 An early night tonight to rest our jetlagged selves before we start to really explore Amsterdam!

This was my first trip with my new (and first) DSLR camera and I enjoyed using the different settings of the camera.  I think the picture quality improved as I went along (and hopefully you will agree!).
Posted by Carrie at 5:40 PM

Email ThisBlogThis!Share to TwitterShare to FacebookShare to Pinterest
Labels: Amsterdam and Belgium 2019