British T.V. shows are really great for wonderful tea moments.  I was watching the "Day of the Doctor" again which aired on November 23, 2013 around the world.  This episode was special--it celebrated the 50th anniversary of this long running British sci-fi show.

Doctor Who is about an alien who travels around the universe and time (he is a time traveler) and he often ends up being called upon to stop wrongs.  His vehicle of choice is the TARDIS, which looks like a bright blue 1960s Police Telephone box (see second picture below).  He is a genius and often saves the day (though he isn't always able to save everyone) through his intellect.  He is the Doctor.  The show is rather ingenious.  The Doctor has regenerations--i.e., it is built into the show that new actors will take over the role!  The Doctor doesn't die, he is like a cat with 13+ lives.

In "The Day of the Doctor," the Doctor realizes that he might not have destroyed his people and his native planet as he has long believed.  The Doctor's people, the Time Lords, fought with the Daleks, one of the Doctor's earliest enemies and the war was causing a lot of other species to be harmed.  This is a Dalek.  Serving tea, because this is a tea blog ;). 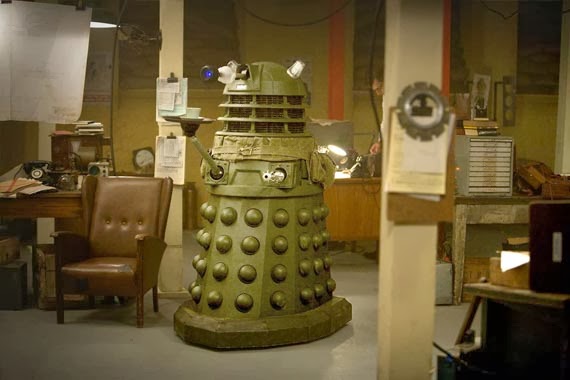 After all the Doctors that have ever been (all 13 of them over the past 50 years because they are time travelers) save their home planet together in the episode, what do the three incarnations of the Doctor actually featured in this episode do... 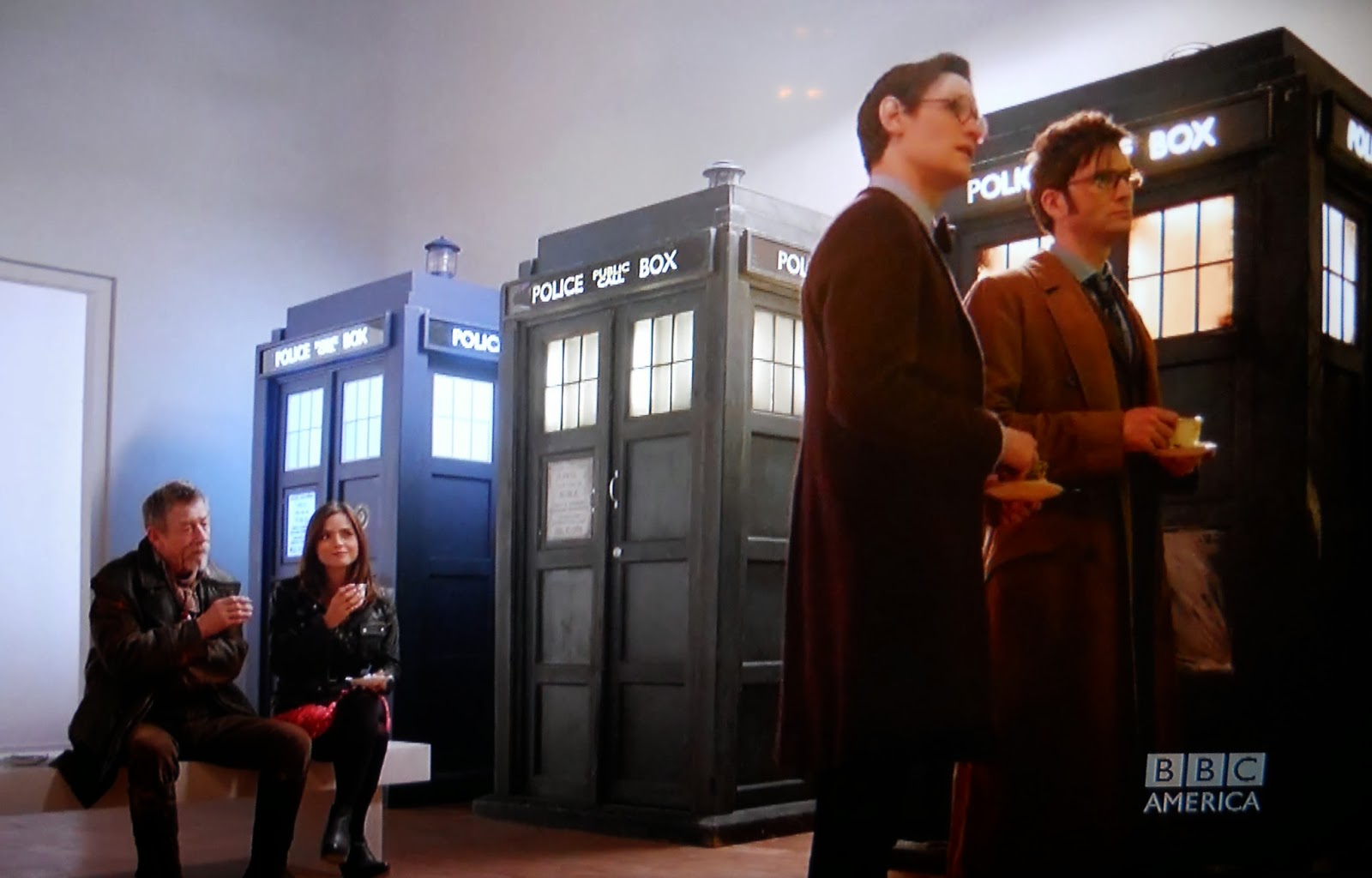 Stop for celebratory tea!  Here is a close up of David Tennant having tea, just because. 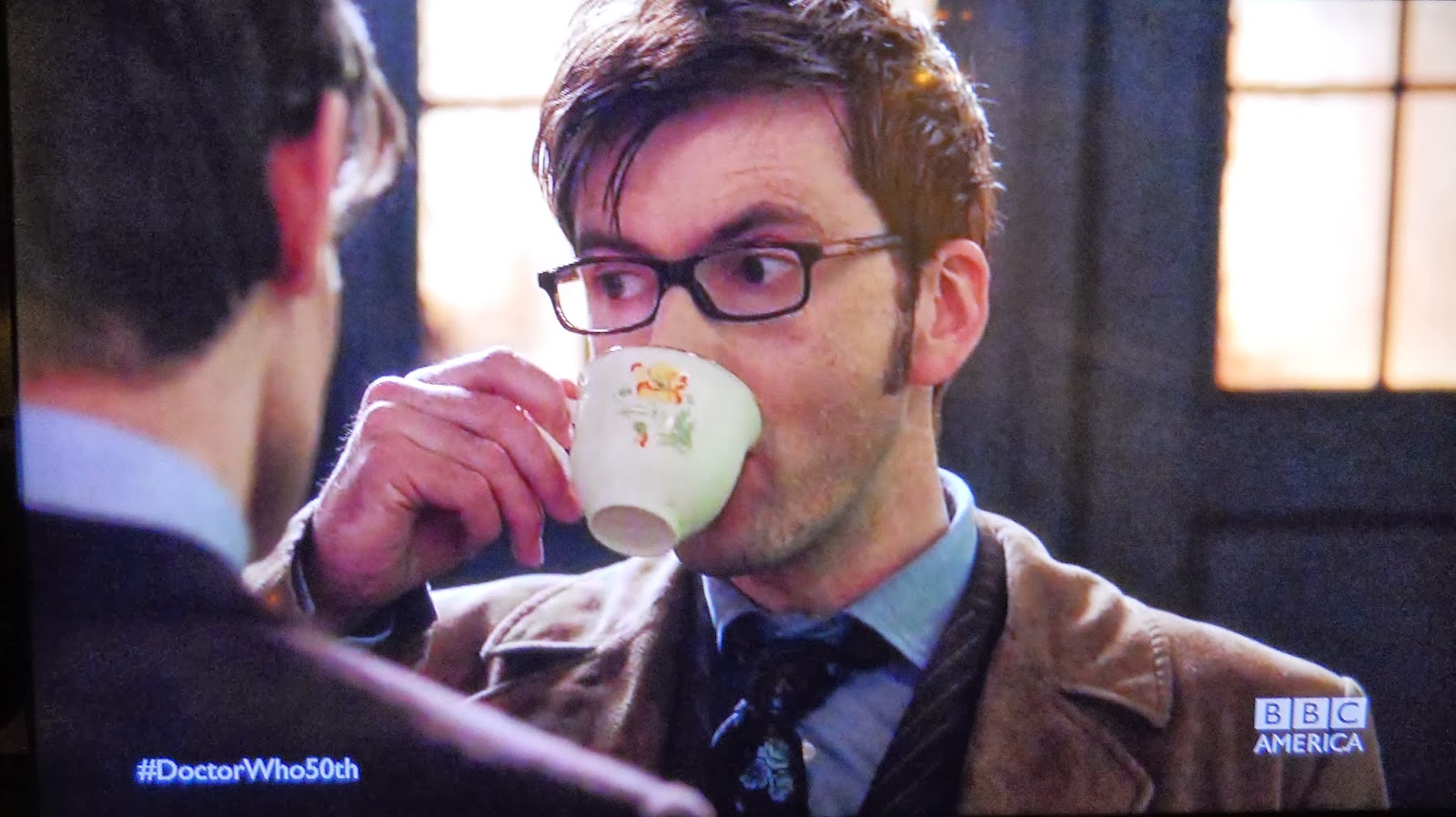