My big travel dream was to visit the U.K. and Ireland and this time last year that finally happened.    I thought I could relive the trip this week and next vicariously on the blog, and at the same time share it with all of you.  Sometimes the tea connections will be a bit tenuous, but I'll try my best to make it blog appropriate :).

Let's start with the first day of my trip April 21, 2013, which, appropriately enough, began with afternoon tea at the Orangery at Kensington Palace.  Queen Anne built the Orangery in 1704, which she used to house citrus fruit trees and for entertaining. 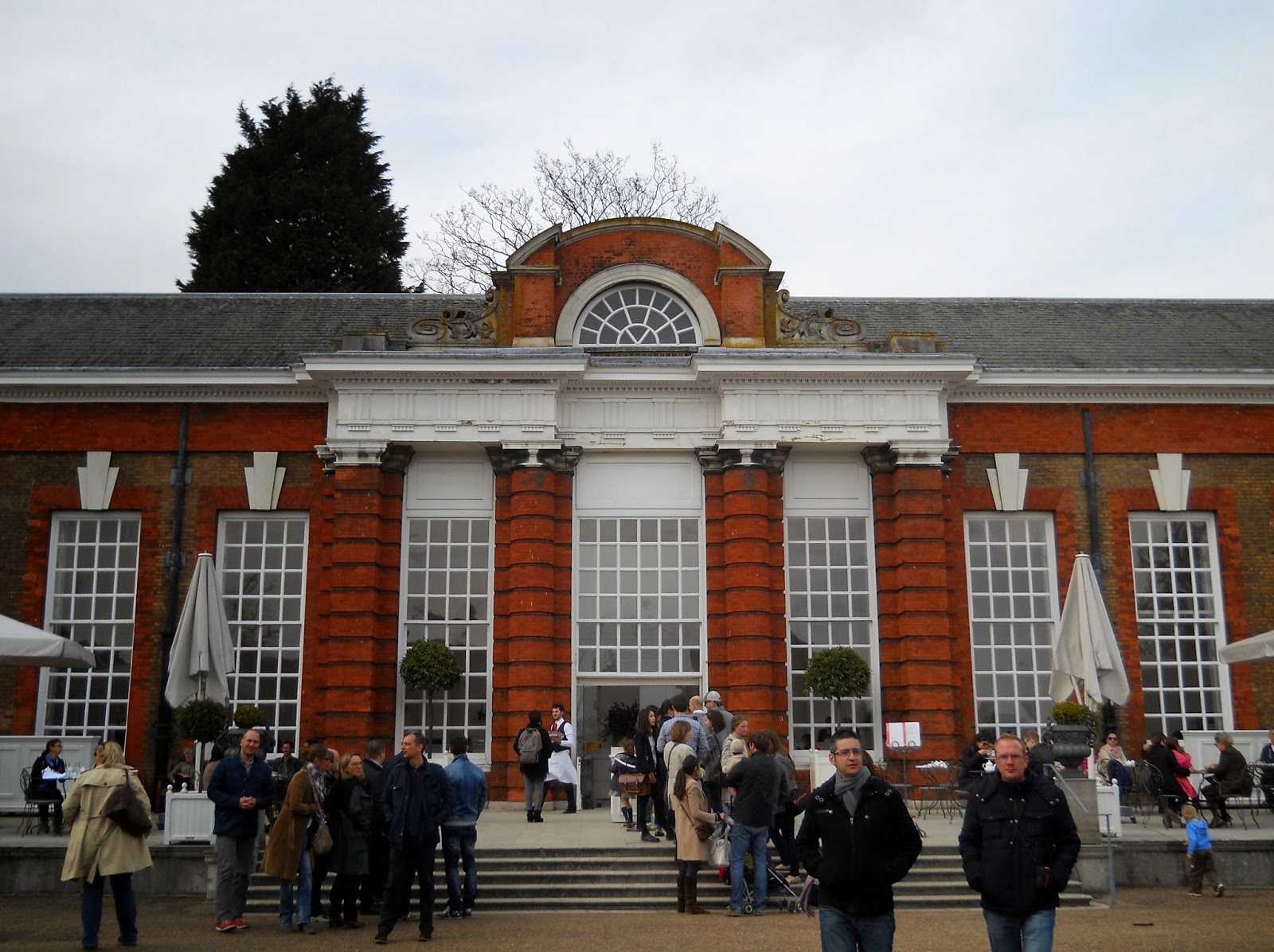 My traveling friend and I were both jetlagged (her more than me, much to her disgust I'm sure, I was running on adrenalin since it was my first trip abroad and she had previous world travelling experience).  We took the Tube to Kensington Gardens and waited in line in front of the Orangery until they had a seat available.  We ended up sitting outside because it was the first seat available, which let us people watch while we sipped warm tea in the slightly chilly spring air. 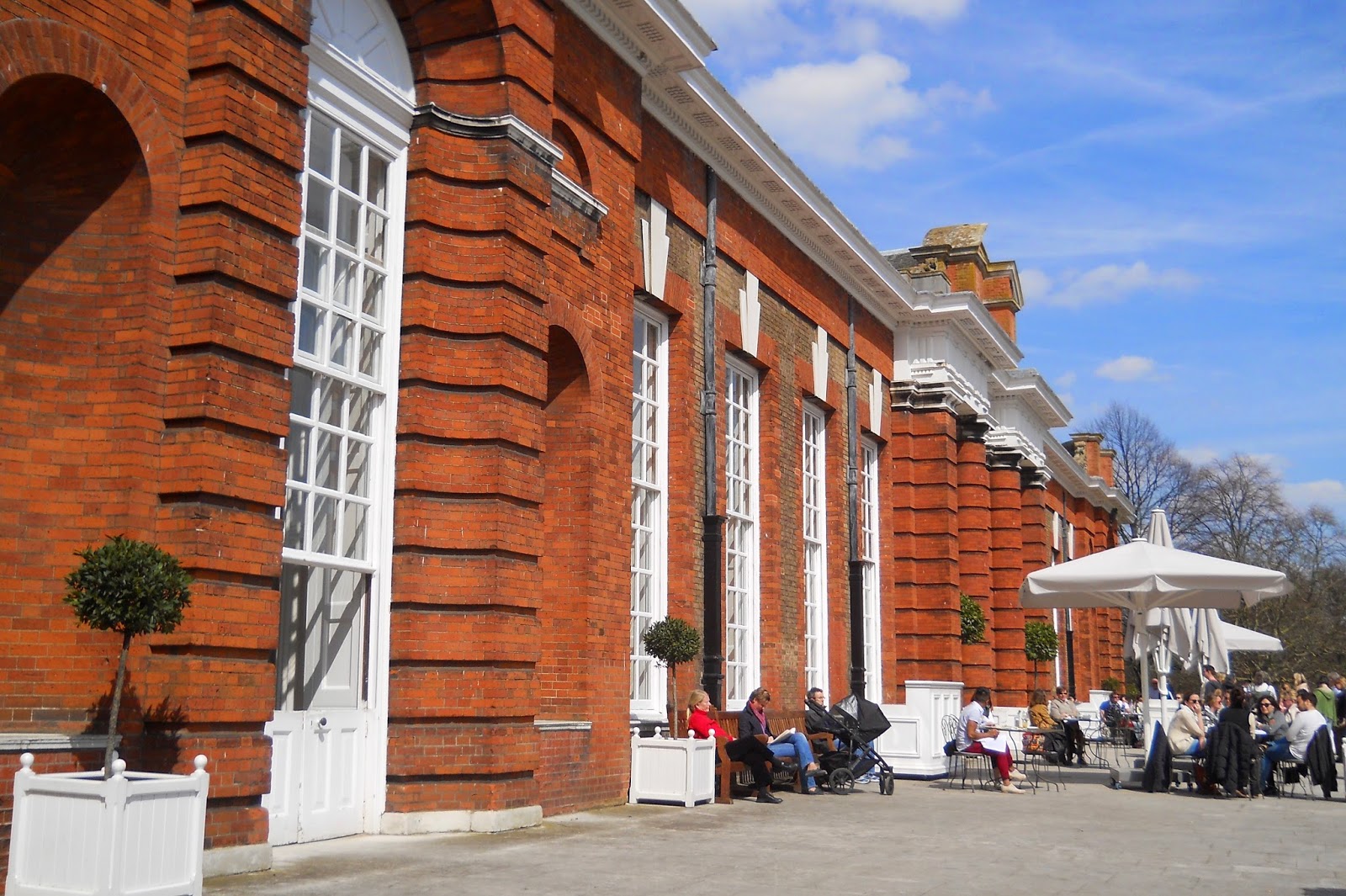 It was a wonderful tea with beautiful china made for the Historic Royal Palaces (an independent charity that looks after the Tower of London, Hampton Court Palace, the Banqueting House, Kensington Palace and Kew Palace). 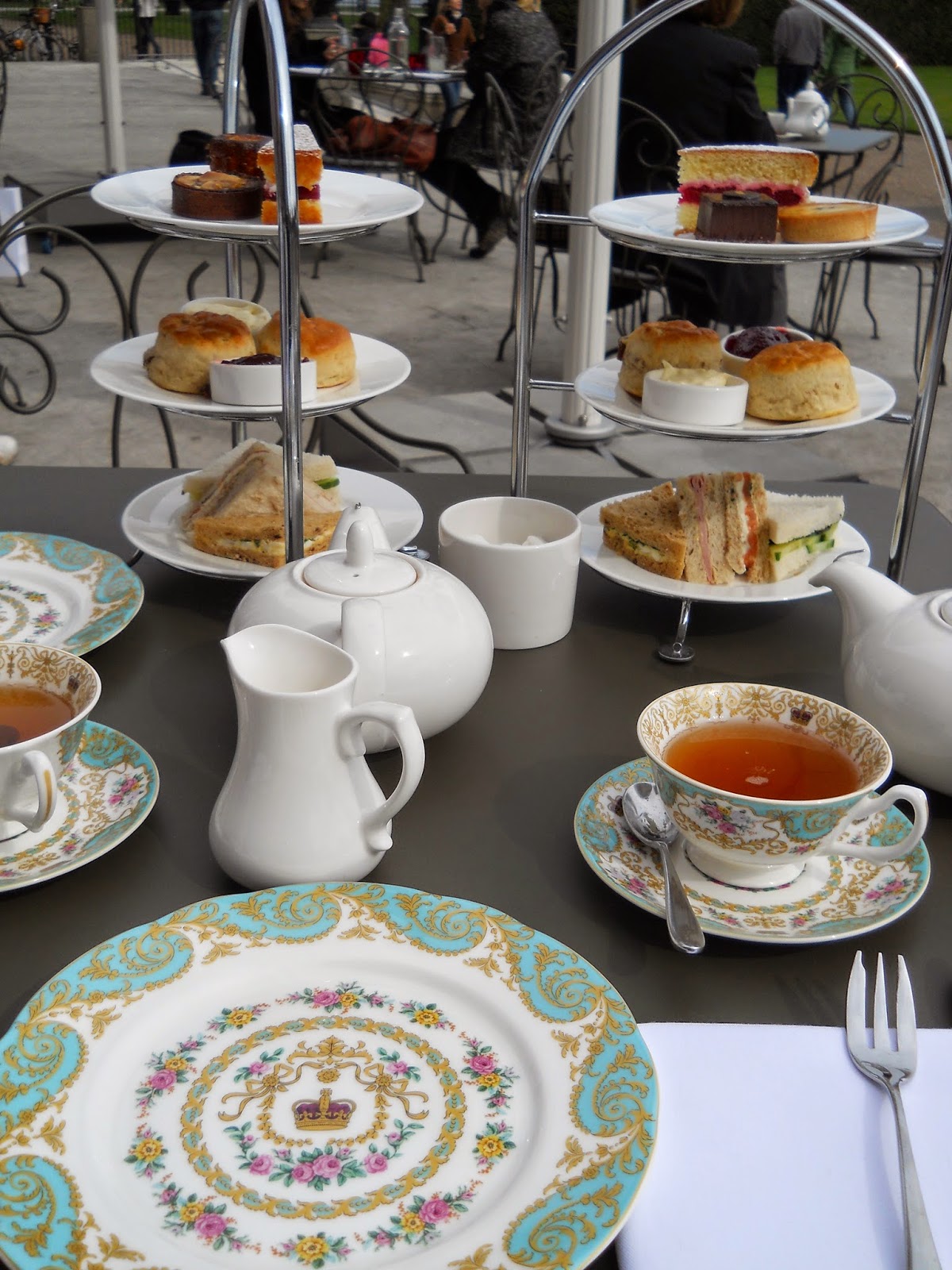 The Kensington Palace gift store offered this lovely china for sale, and I almost bought them  as my souvenir...but then I found even better ones (but more on that another day).

We each got our own tiered tray with assorted goodies: 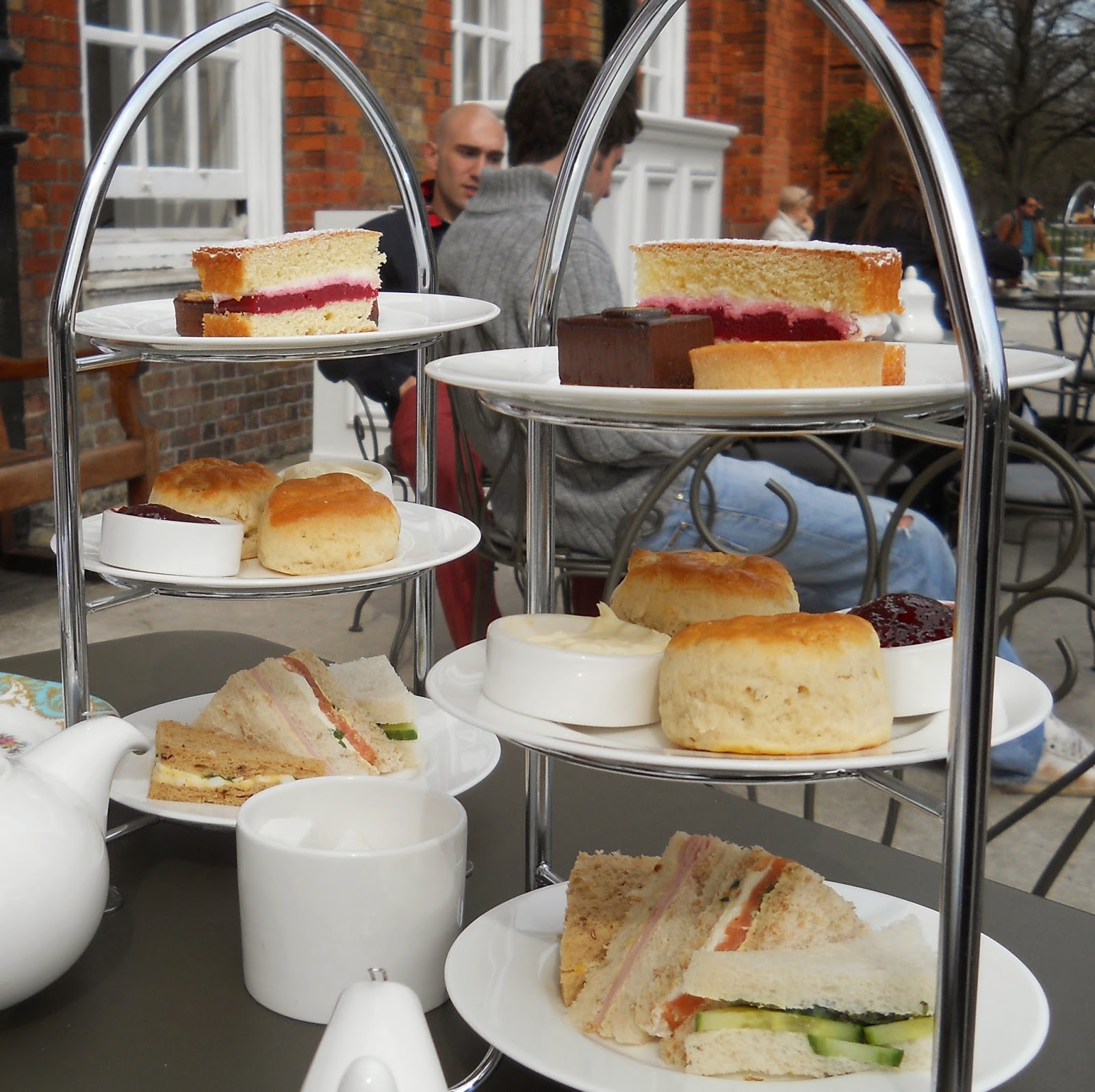 The sandwiches were smoked salmon and cream cheese, cucumber mint, egg mayonnaise and cress (doesn't egg mayonnaise sound fancier than egg salad?), and English mustard (of course) with ham.  The scones were currant and (appropriately enough for an orangery) orange scented.  The three desserts were a chocolate mousse cake, mango cheesecake, and a piece of Victorian sponge cake (also appropriate as you will see).
After the tea, we walked up to Kensington Palace.
William III and Mary II bought a house located in Kensington Park in 1689; this house was later transformed into the current palace. 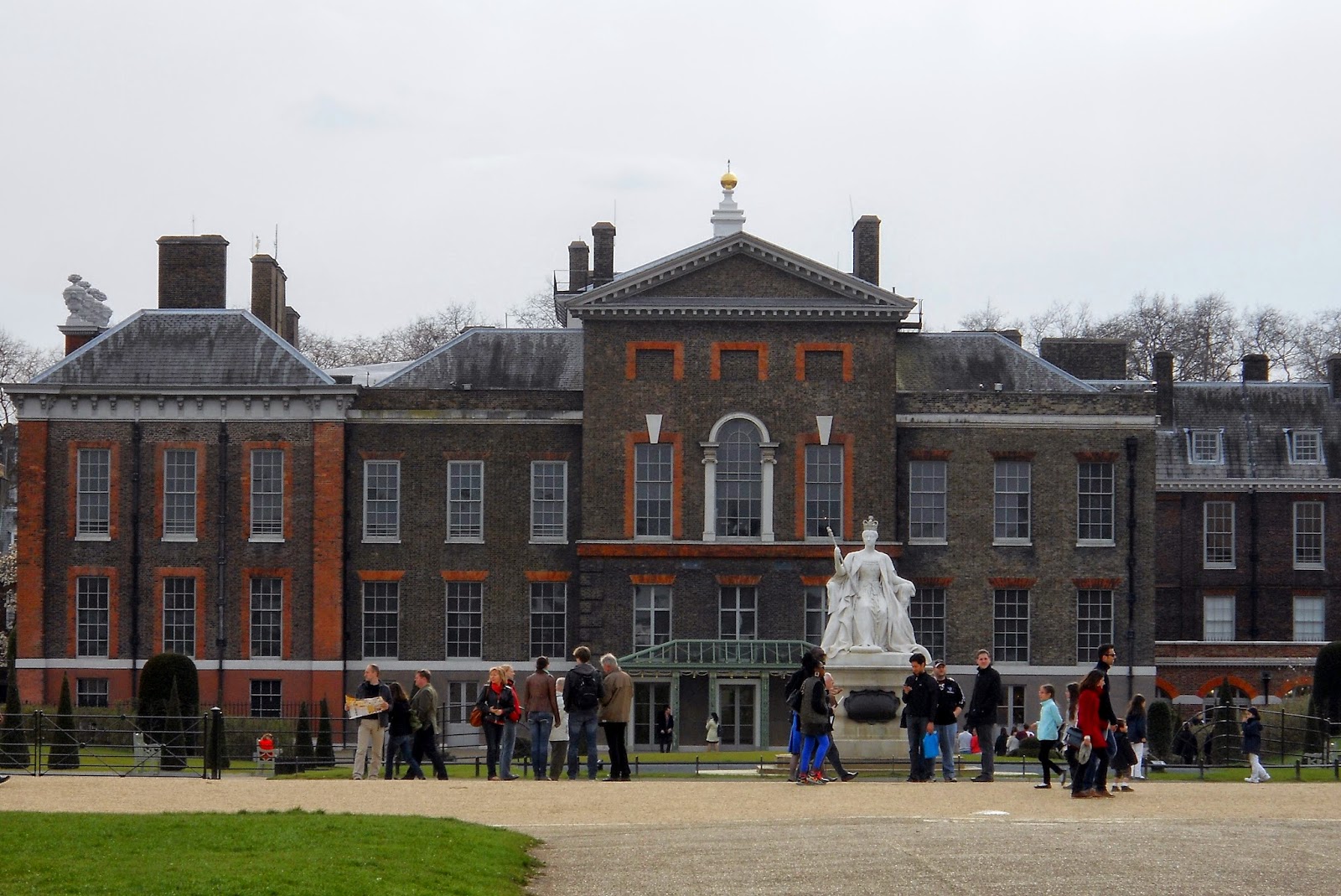 
There were beautiful gardens: 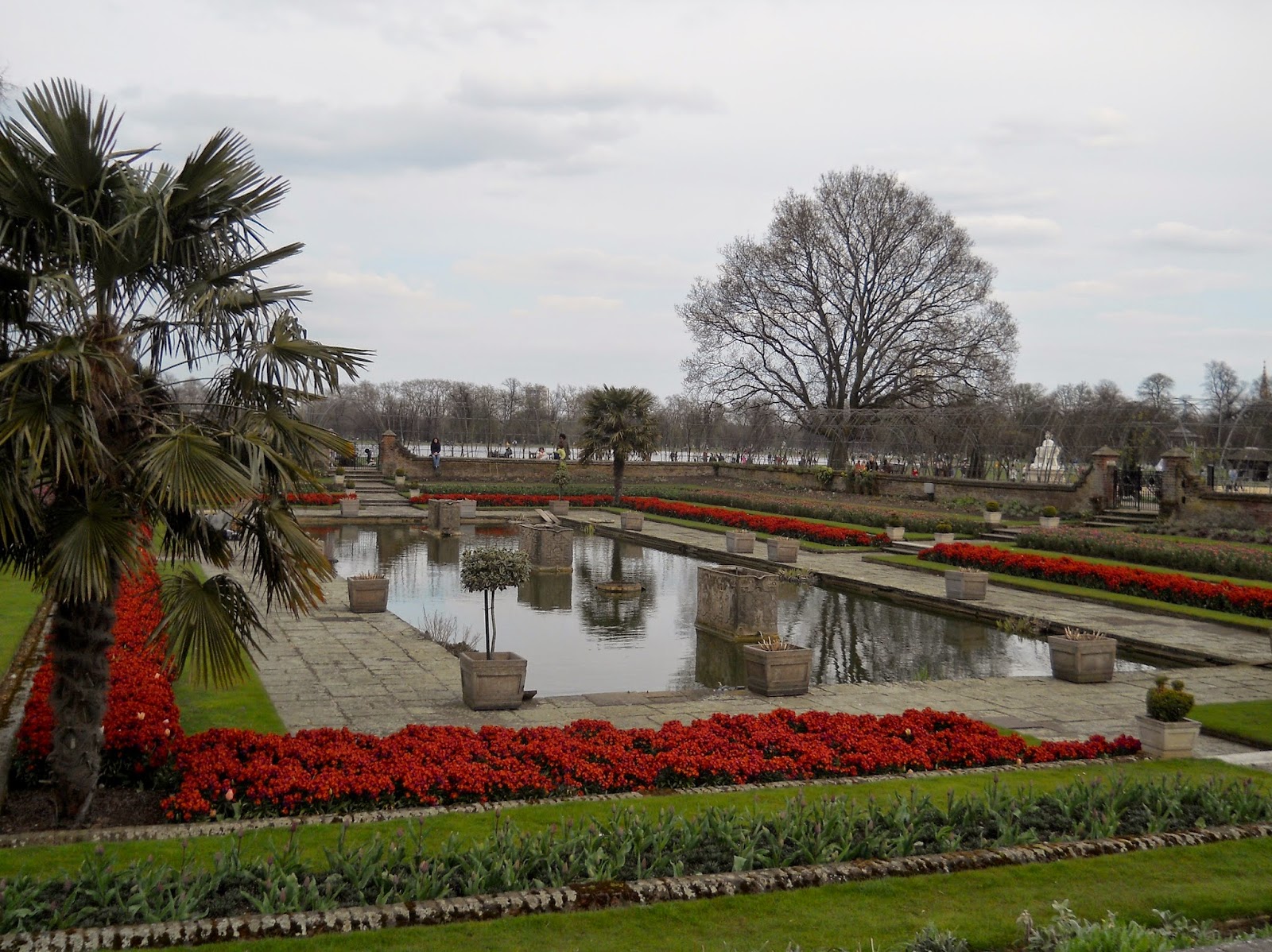 Each of the rooms in the palace told about William and Mary's reign through imaginative exhibits: 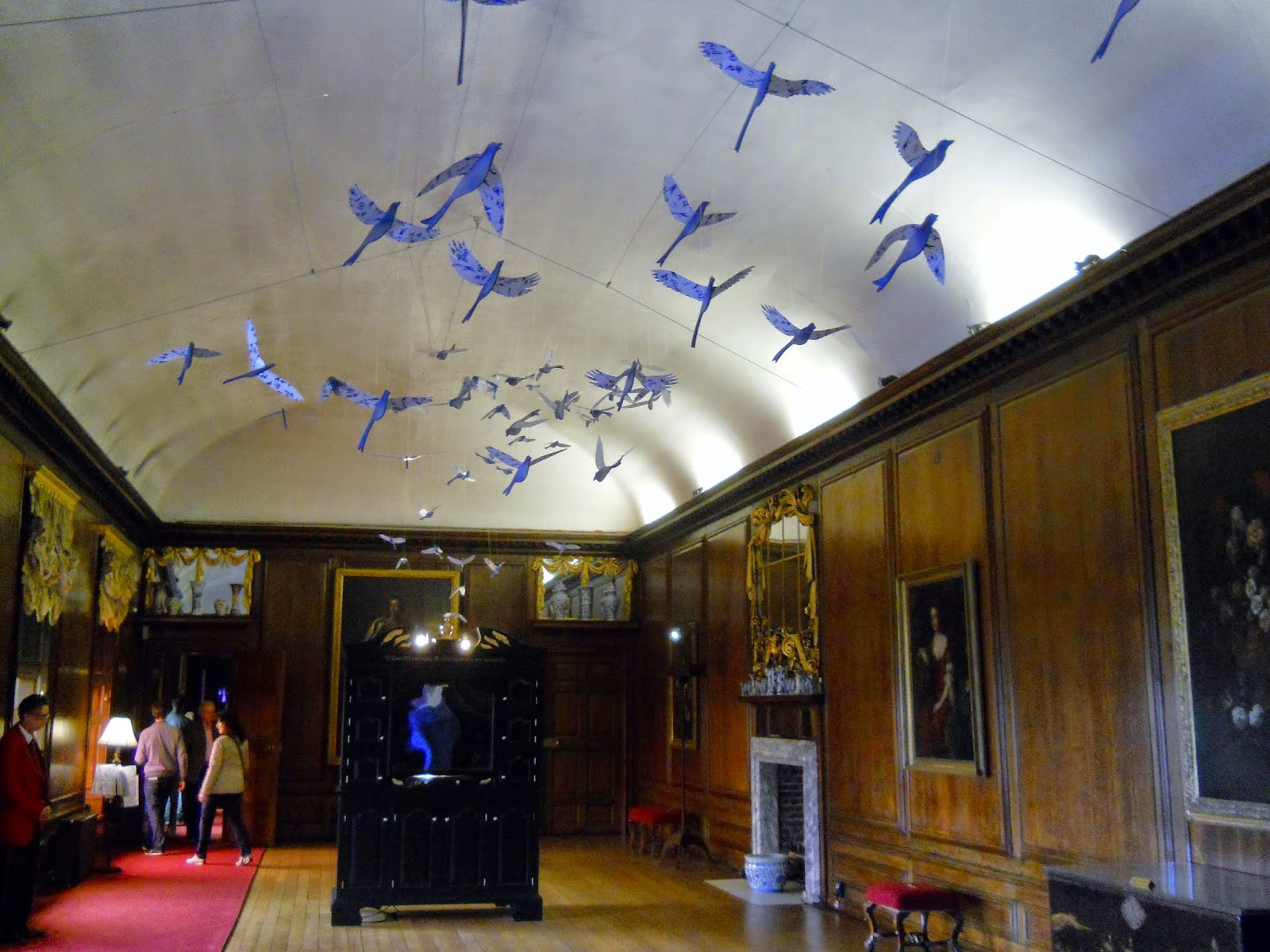 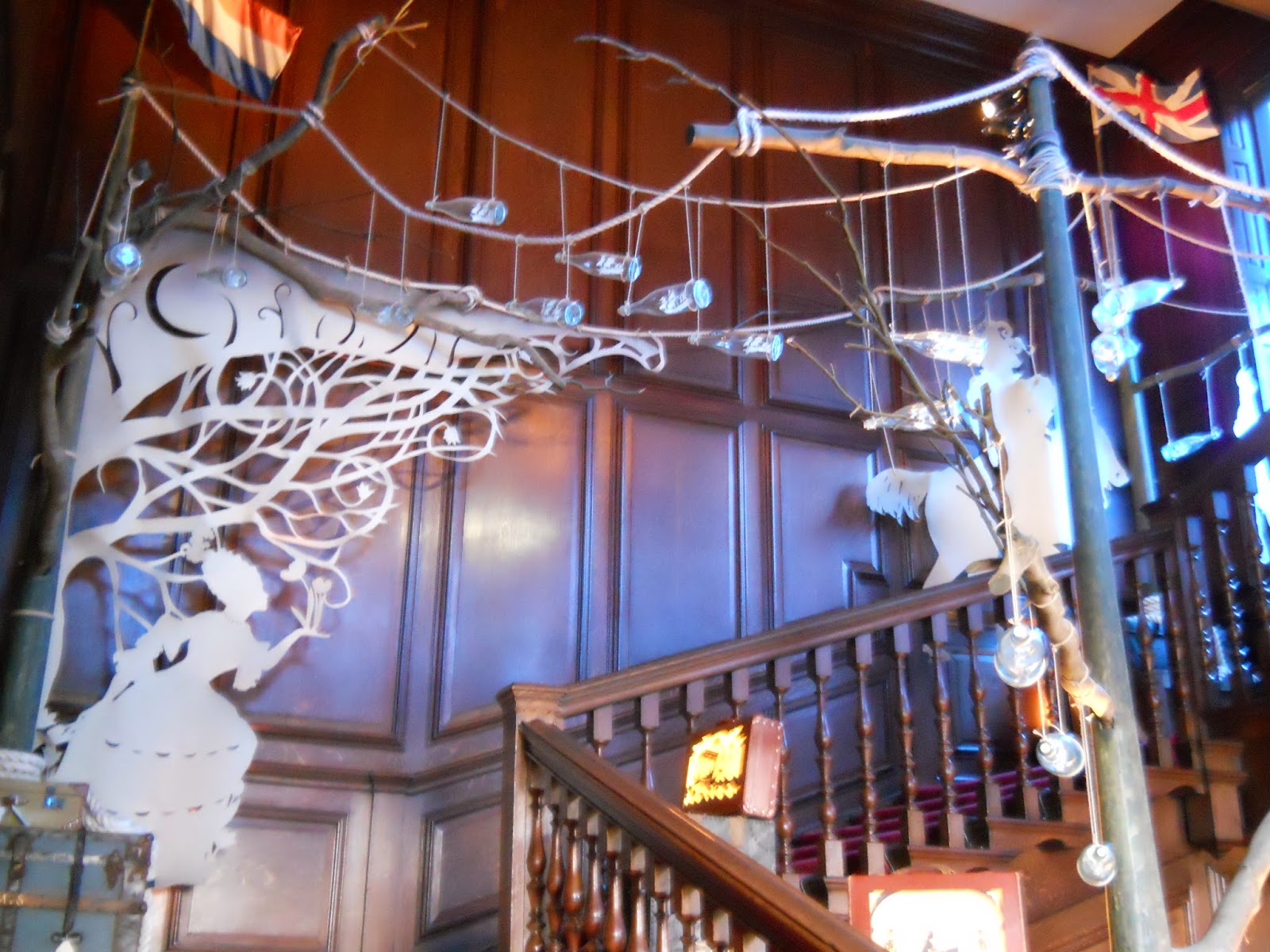 (Staircase in the Queen's State rooms) 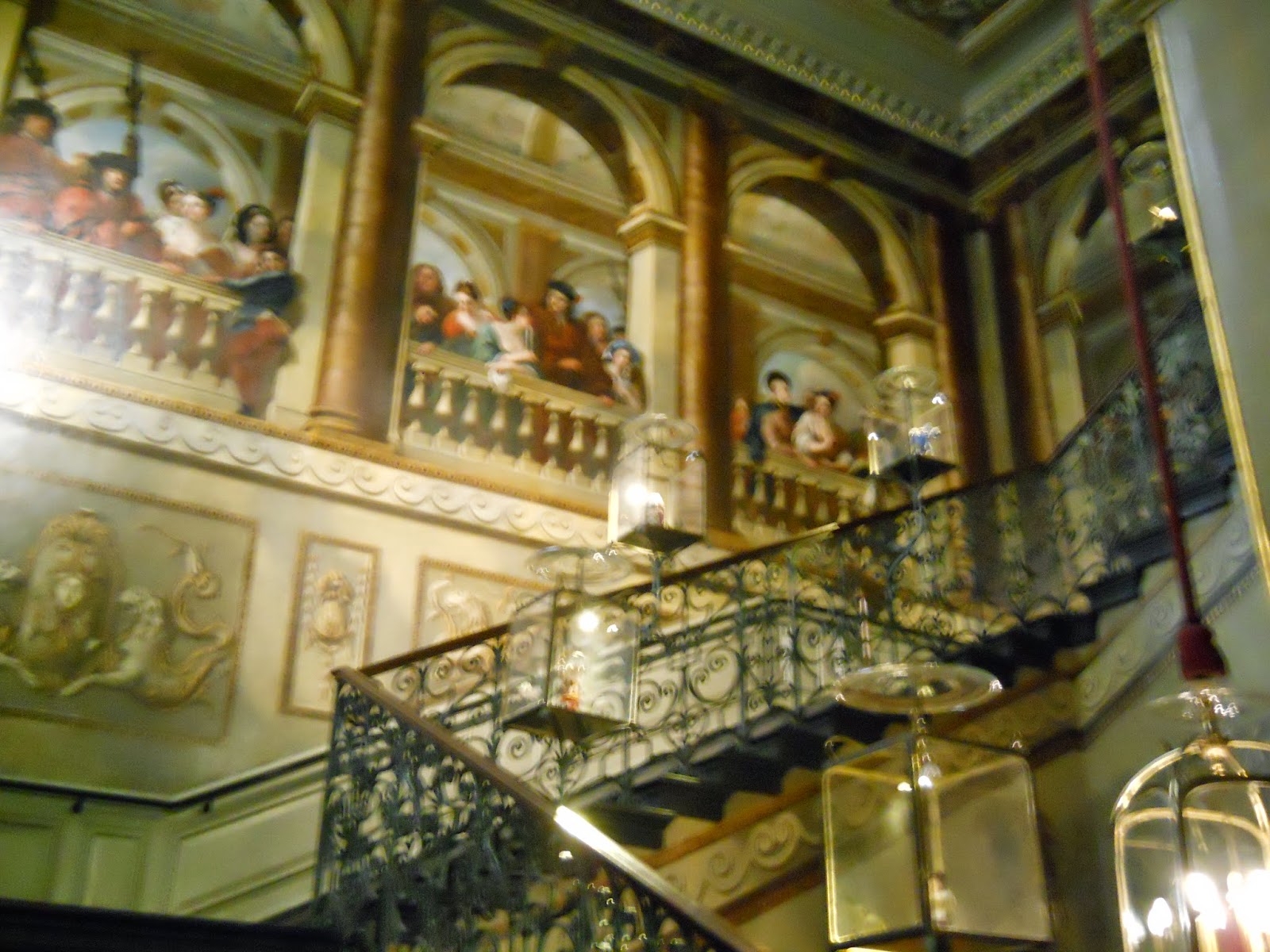 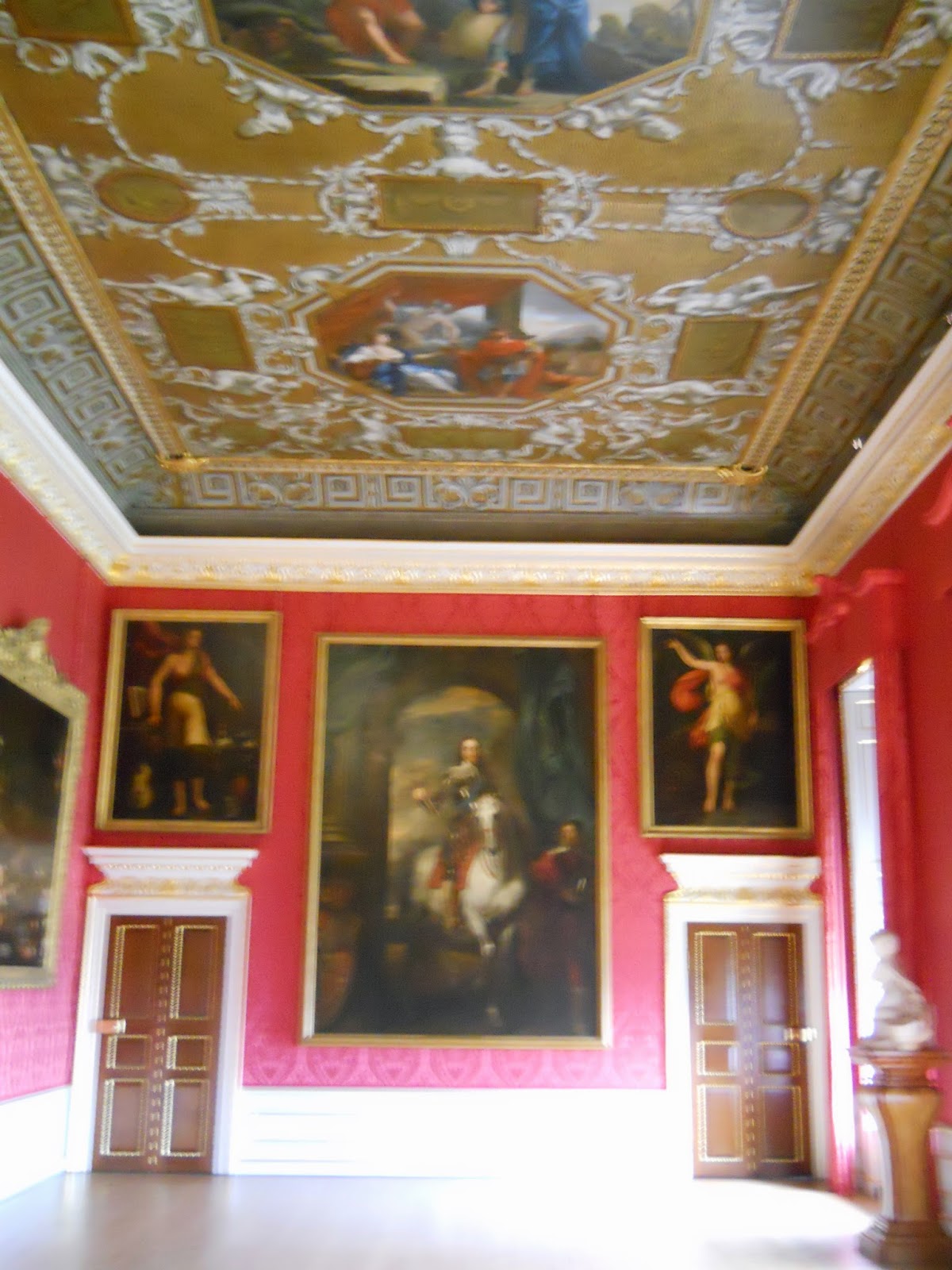 (The King's Gallery--decorated as it was for King George I in 1727)
﻿
The palace also had wonderful exhibits on royal fashion: 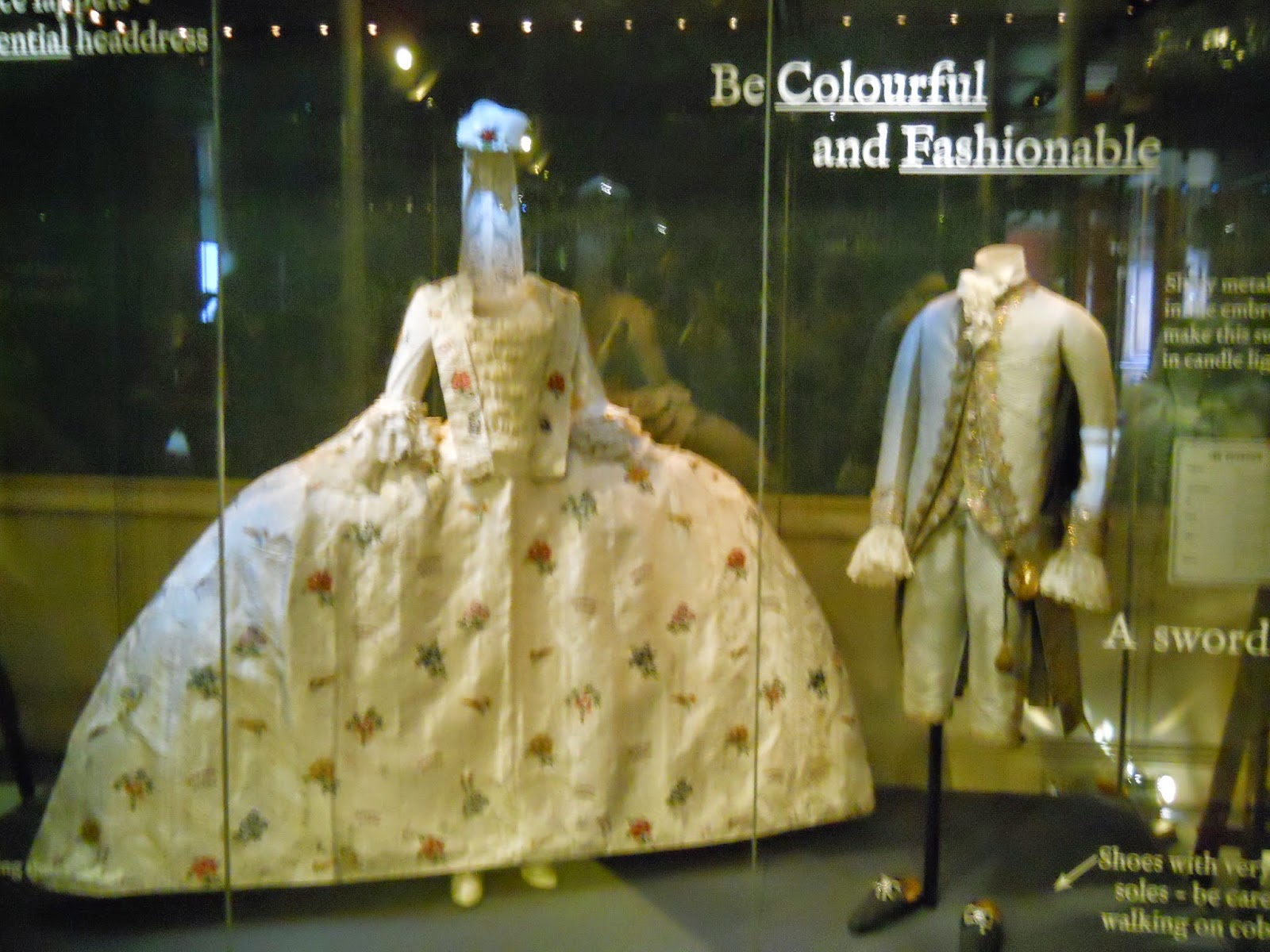 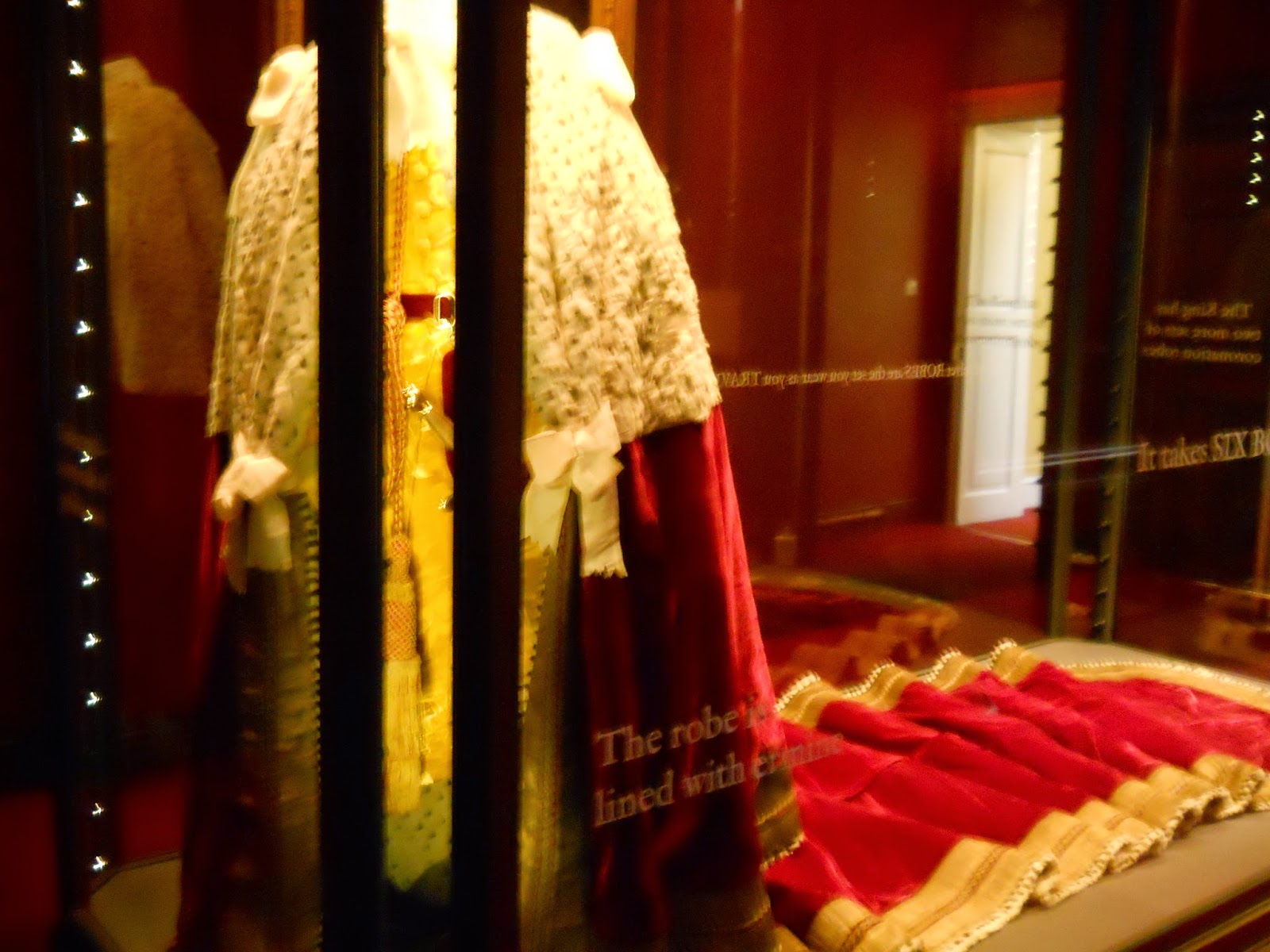 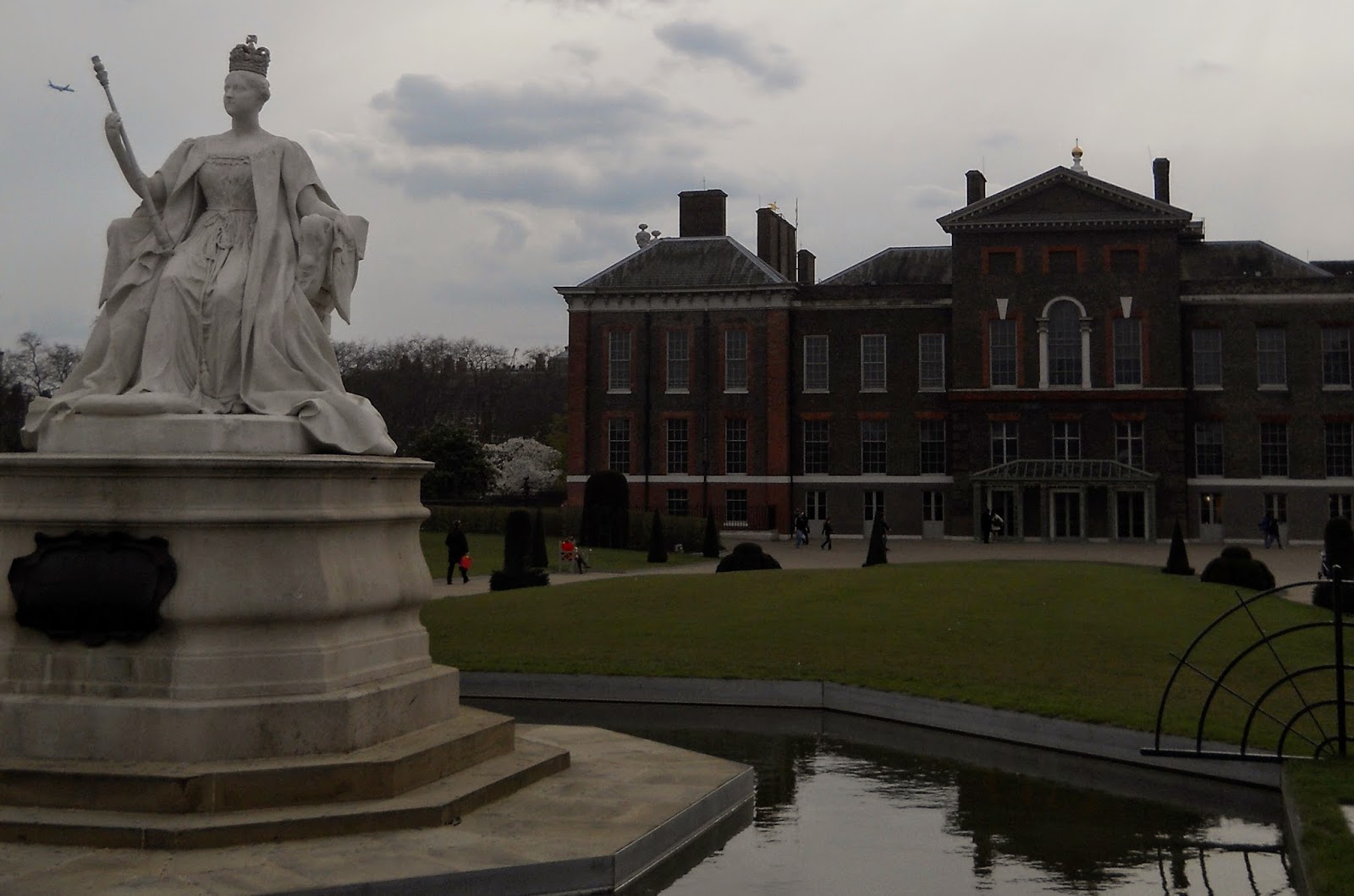 Finally, Kensington Palace is also where Queen Victoria was born and grew up.
﻿
(statue of Queen Victoria).
The palace had a special exhibit "Victoria Revealed" dedicated to her childhood in the palace, her family life, and her public life as queen. 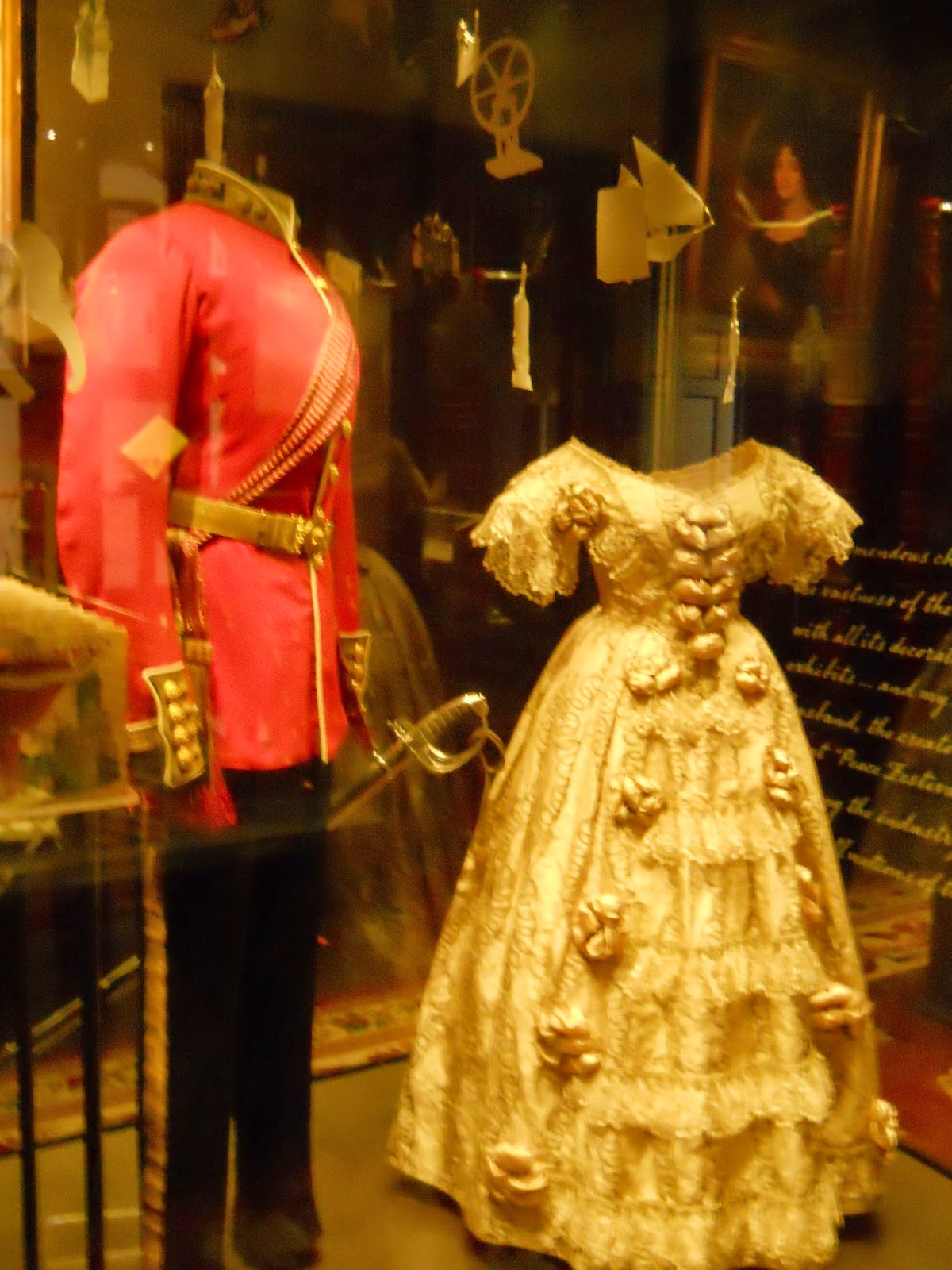 (One of few surviving suits owned by Prince Albert and Queen Victoria's wedding dress)
Kensington Palace is still owned by the Queen and is the official residence of Prince William and Princess Kate.  While we were there, work was being done (left side of the picture) on the wing of the palace that is now their residence. 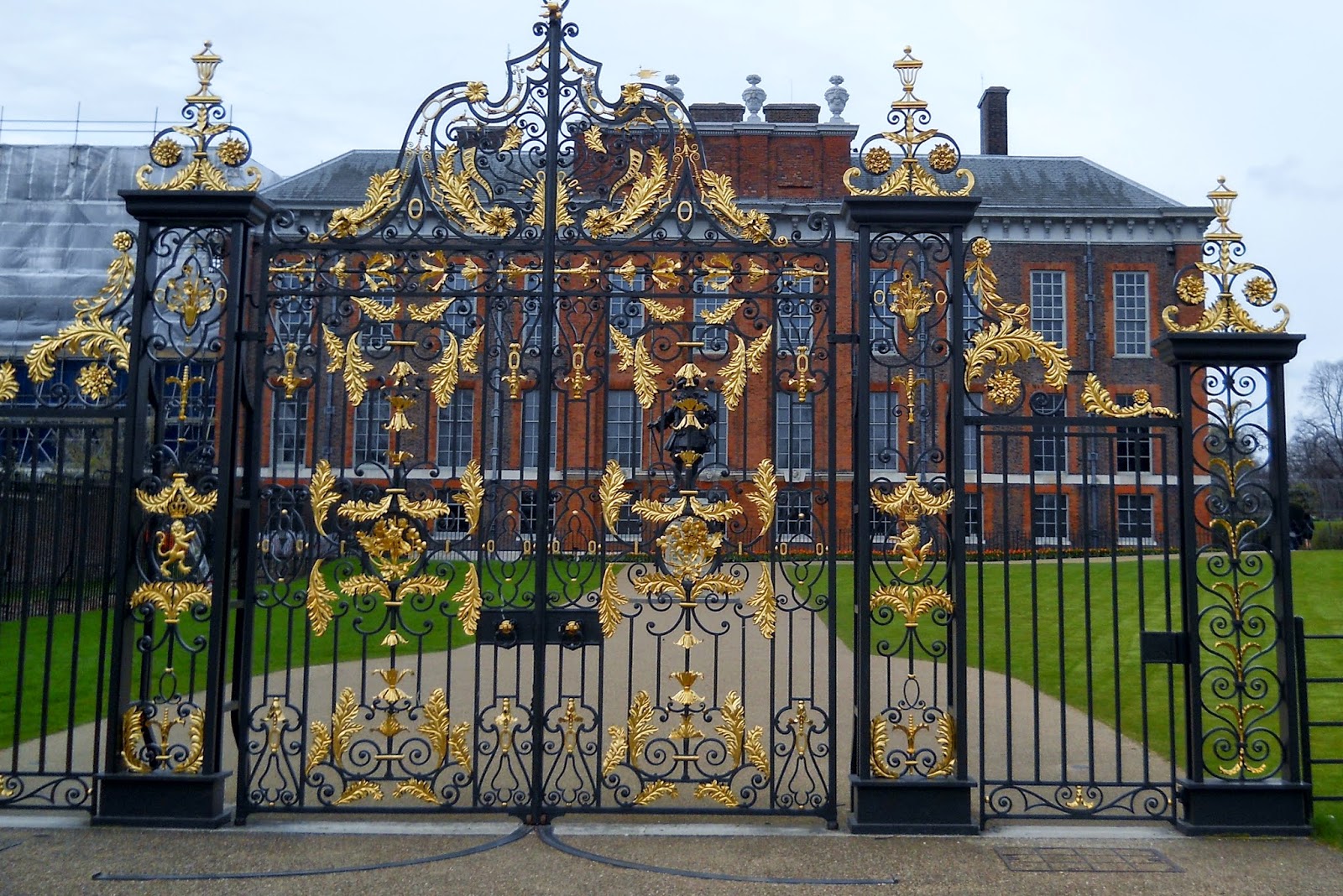 (Gates on the South approach to Kensington Palace) 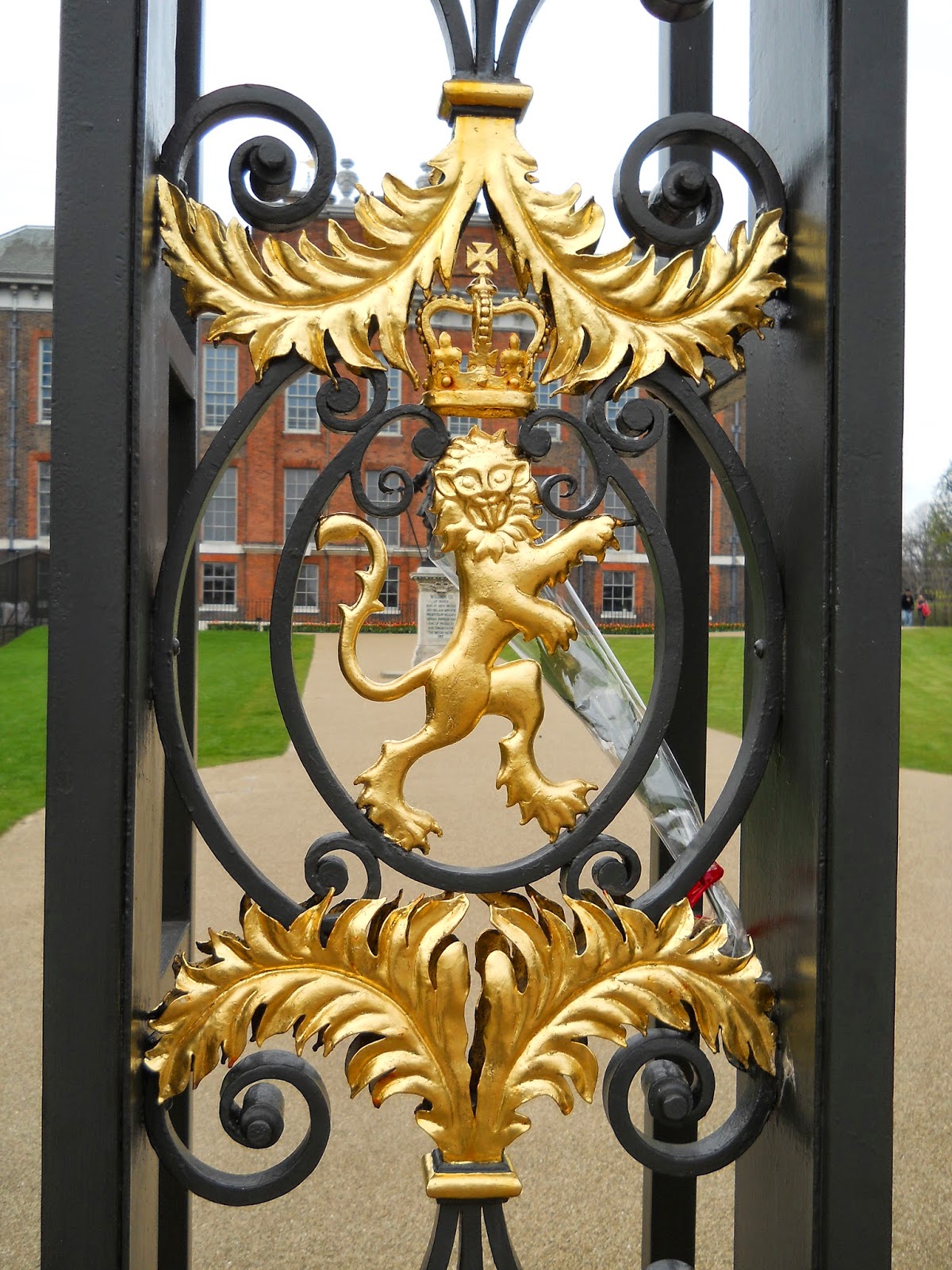 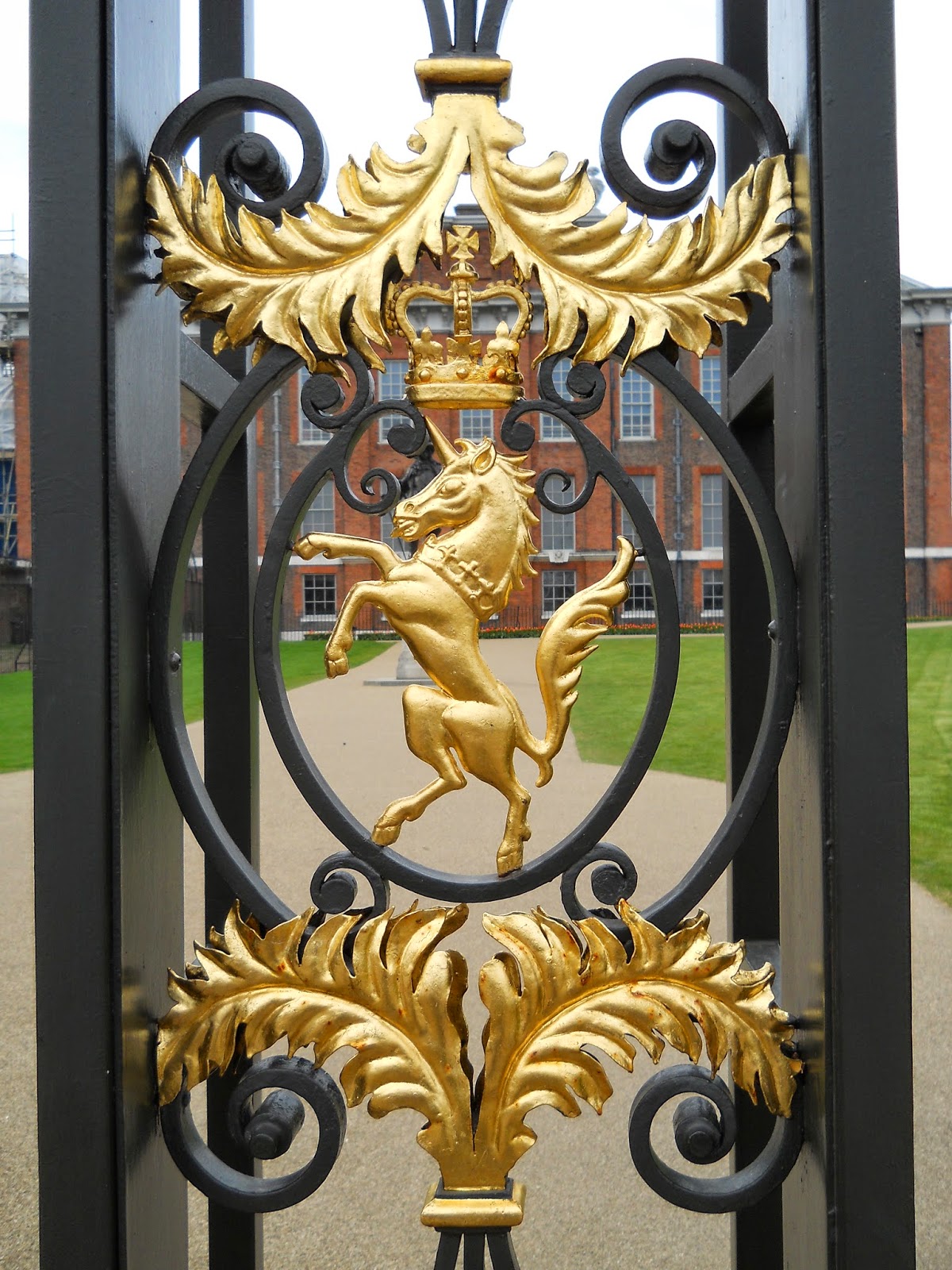 Even the street lamps are regally crowned.﻿ 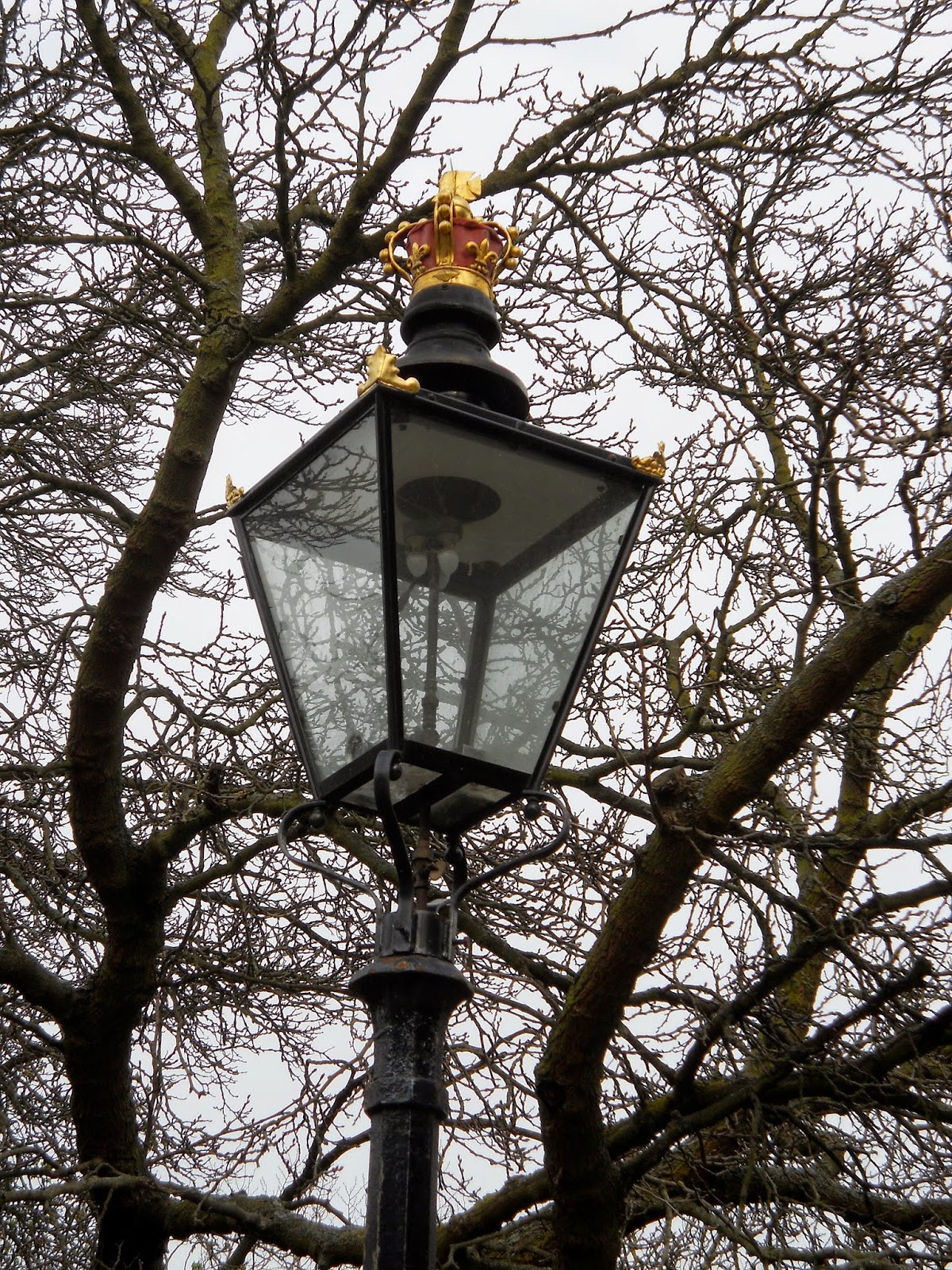