This week and last the Mall in Washington, D.C. has been taken over by the Smithsonian's Folklife Festival.  This is an annual international festival that celebrates cultural heritage.  It highlights two different countries every year and this year we celebrated China and Kenya.  Unfortunately, I just had time to go through the Chinese exhibit before I had to go back to work--I just walked up during lunch.﻿
The first thing I saw as I entered the Mall was this giant welcome gate, a temporary structure just here for the festival.
﻿ 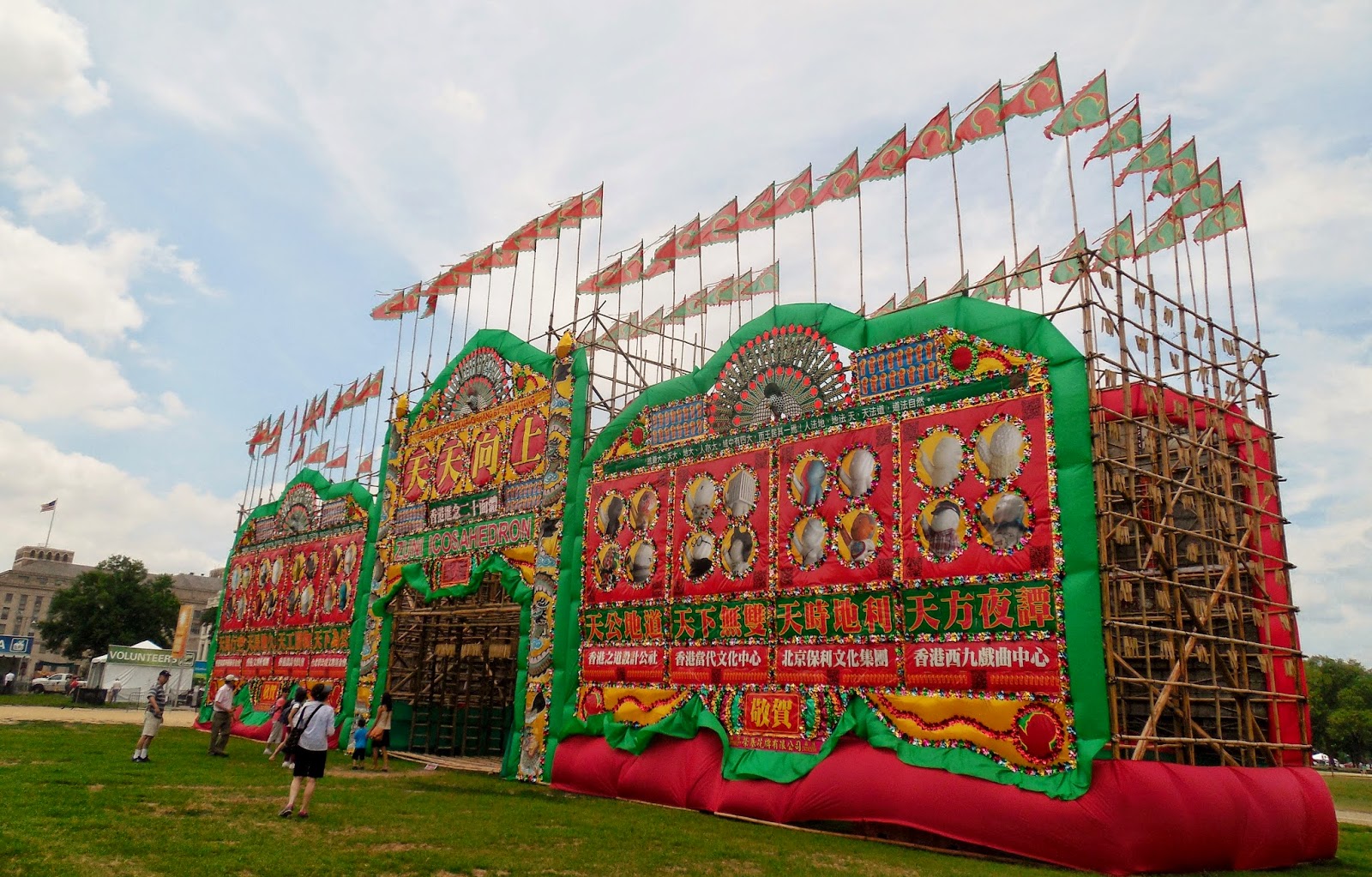 The side had bamboo wind chimes all up it. 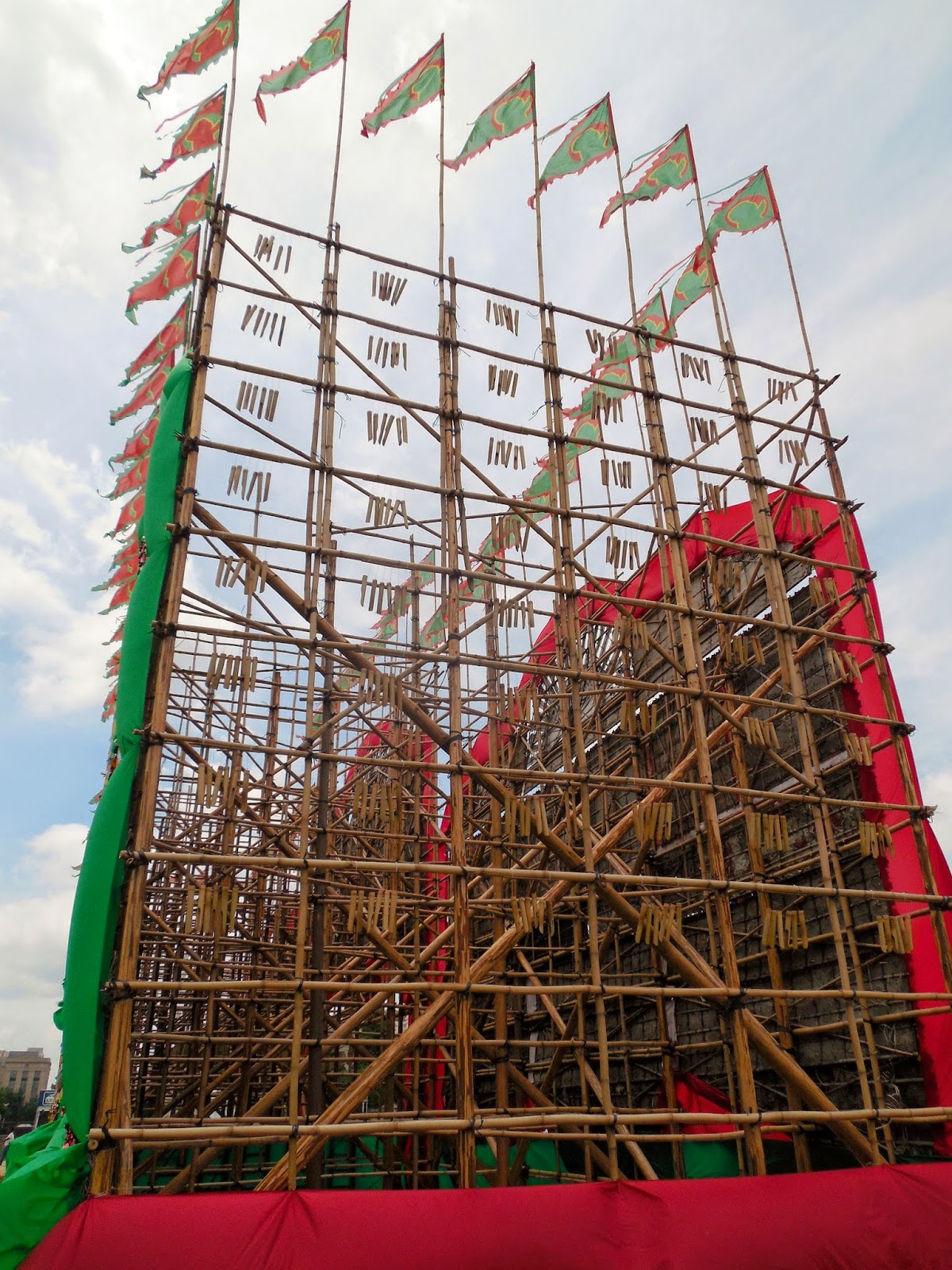 ﻿
As I entered into the Chinese exhibit, the first place I wondered was the "5 Spice Kitchen" where a packed cooking demonstration was going on. 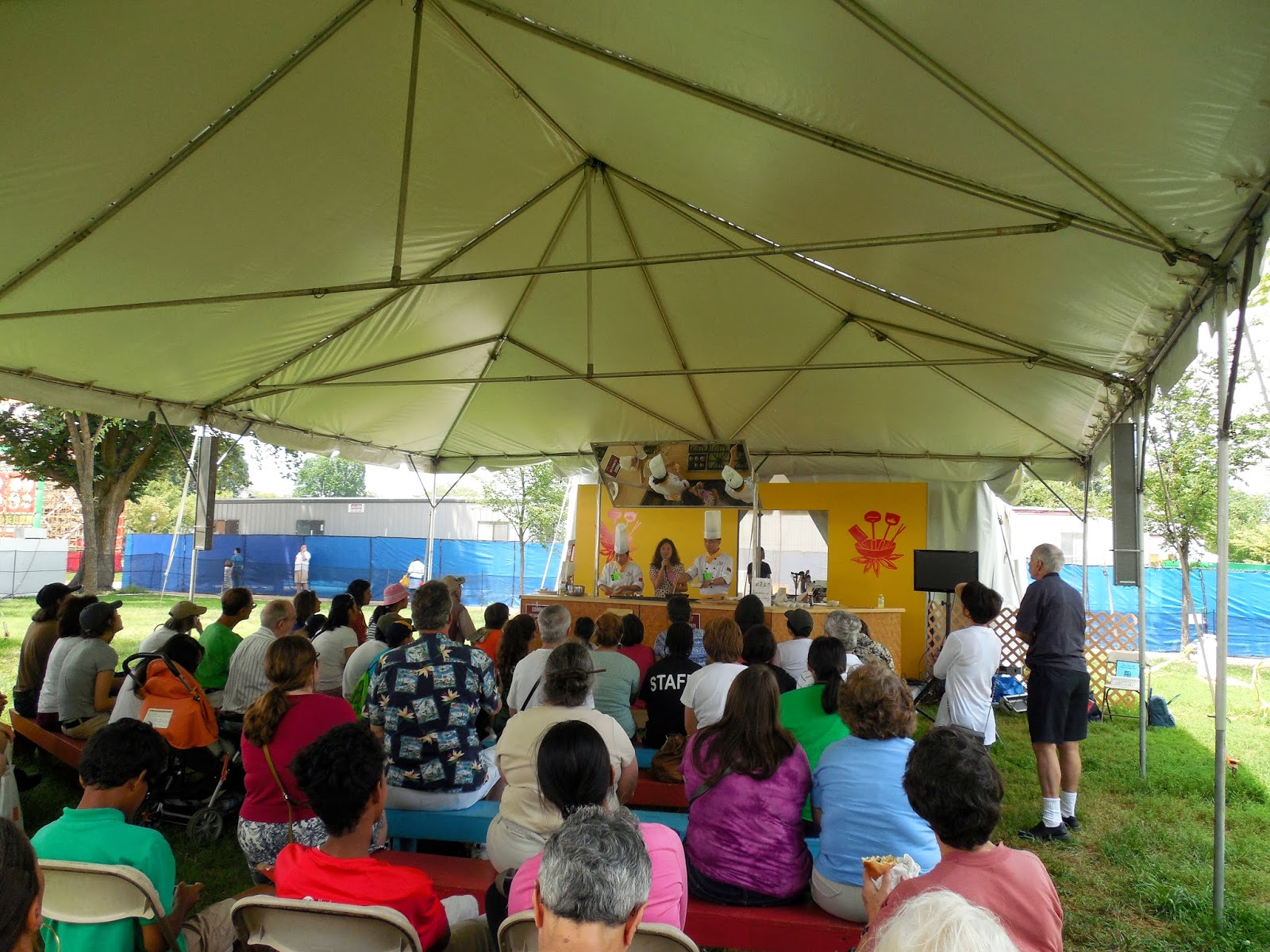 In a separate tent, called the "teahouse commons(!)," some participants were giving presentations on Chinese culture.  While I was there, I heard a bit of a discussion about the popularity of bicycling.  I was very disappointed it wasn't about tea!﻿ 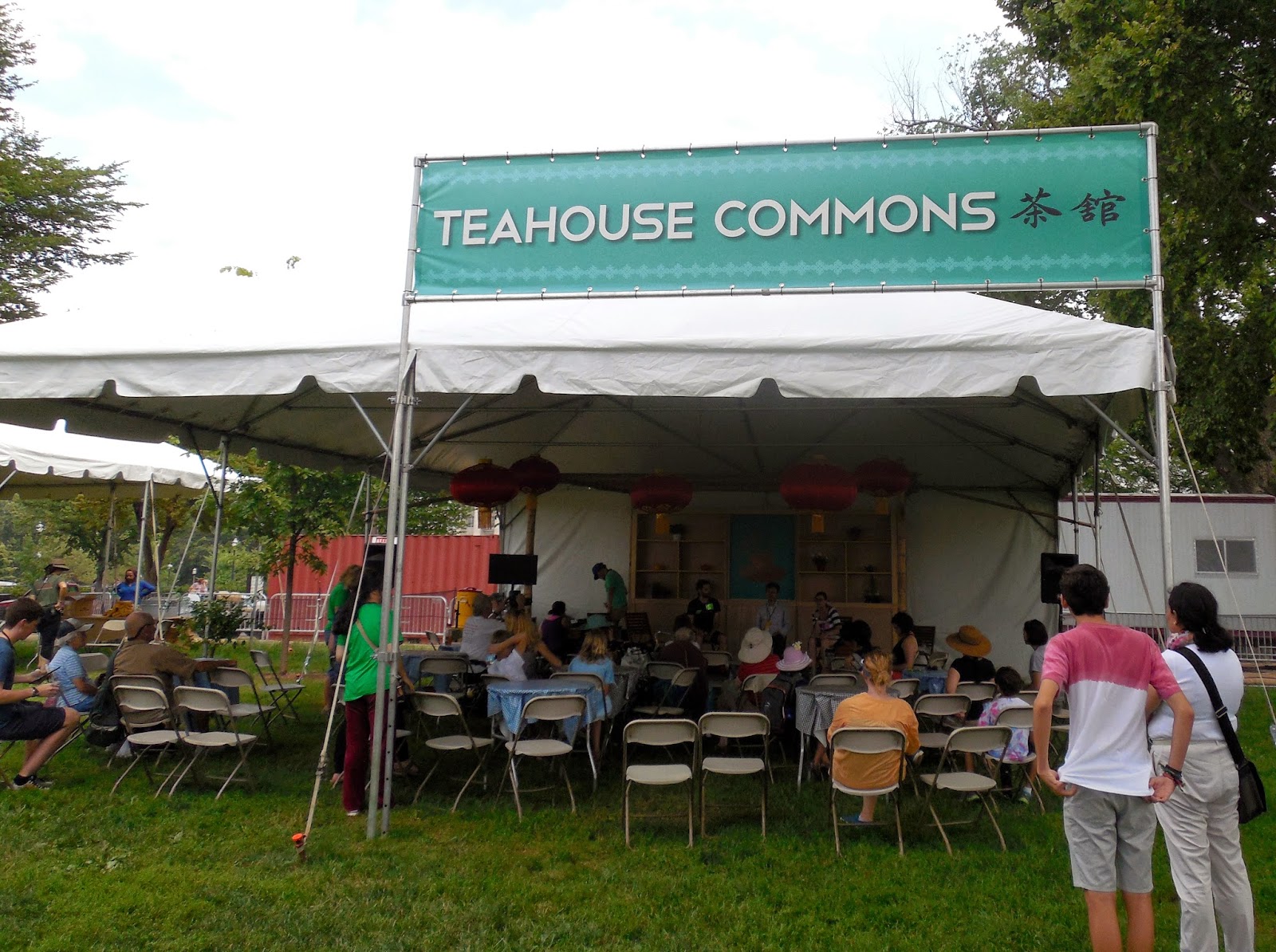 The next tent I went into had beautiful textiles. 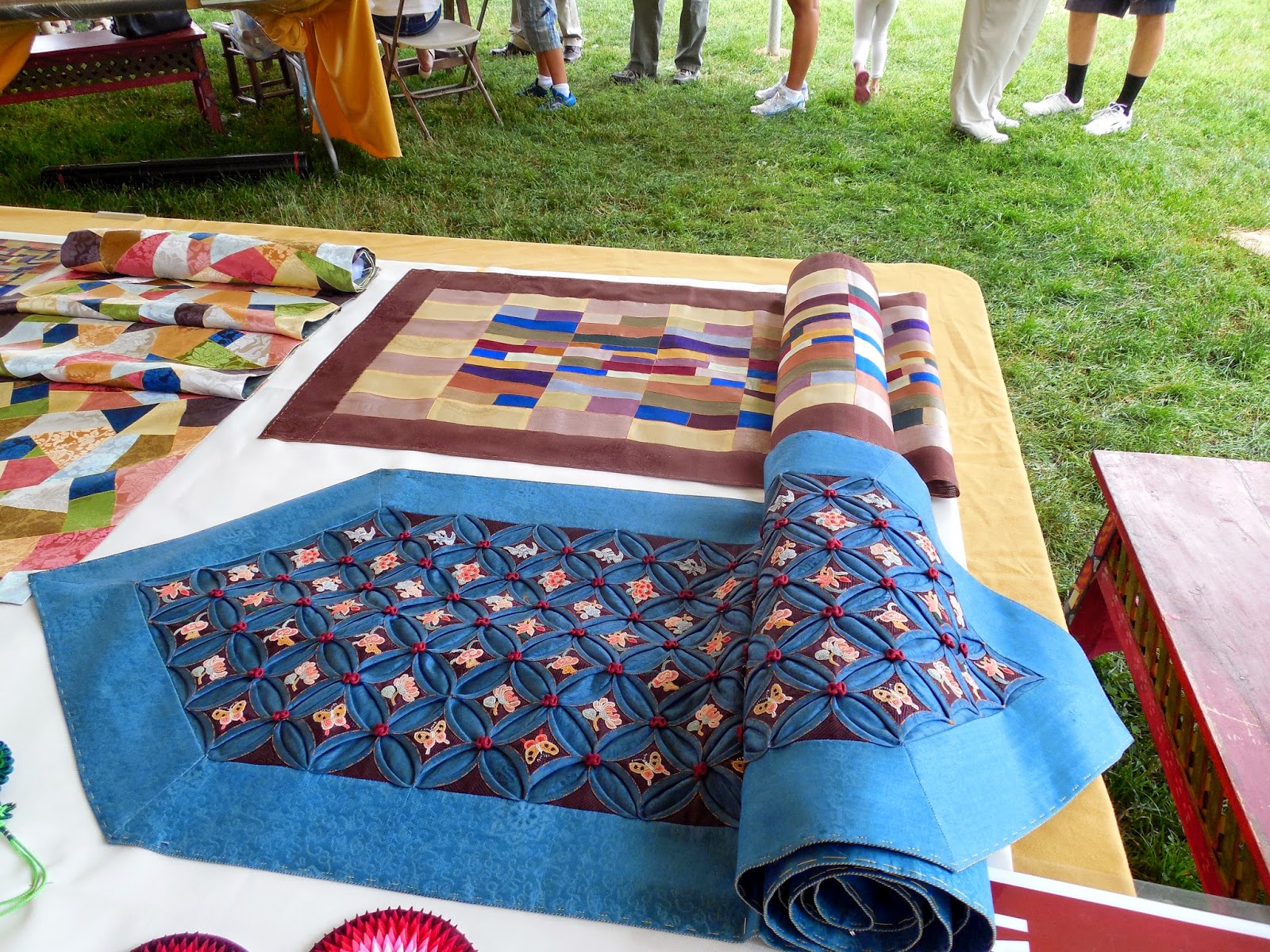 I was drawn to the intricate embroidery.﻿ 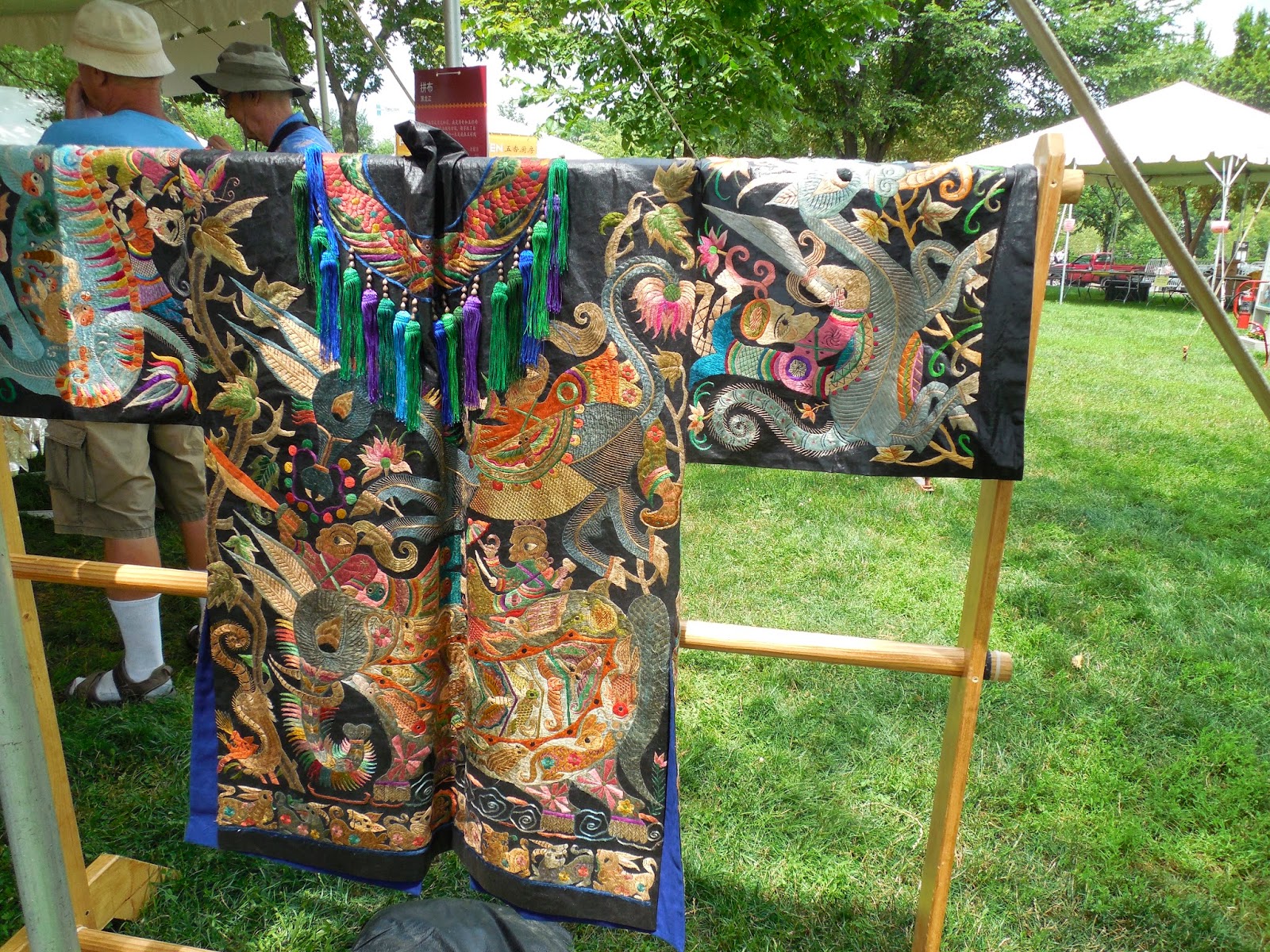 I continued around to the clay tent, where one of the presenters was carving a figurine. 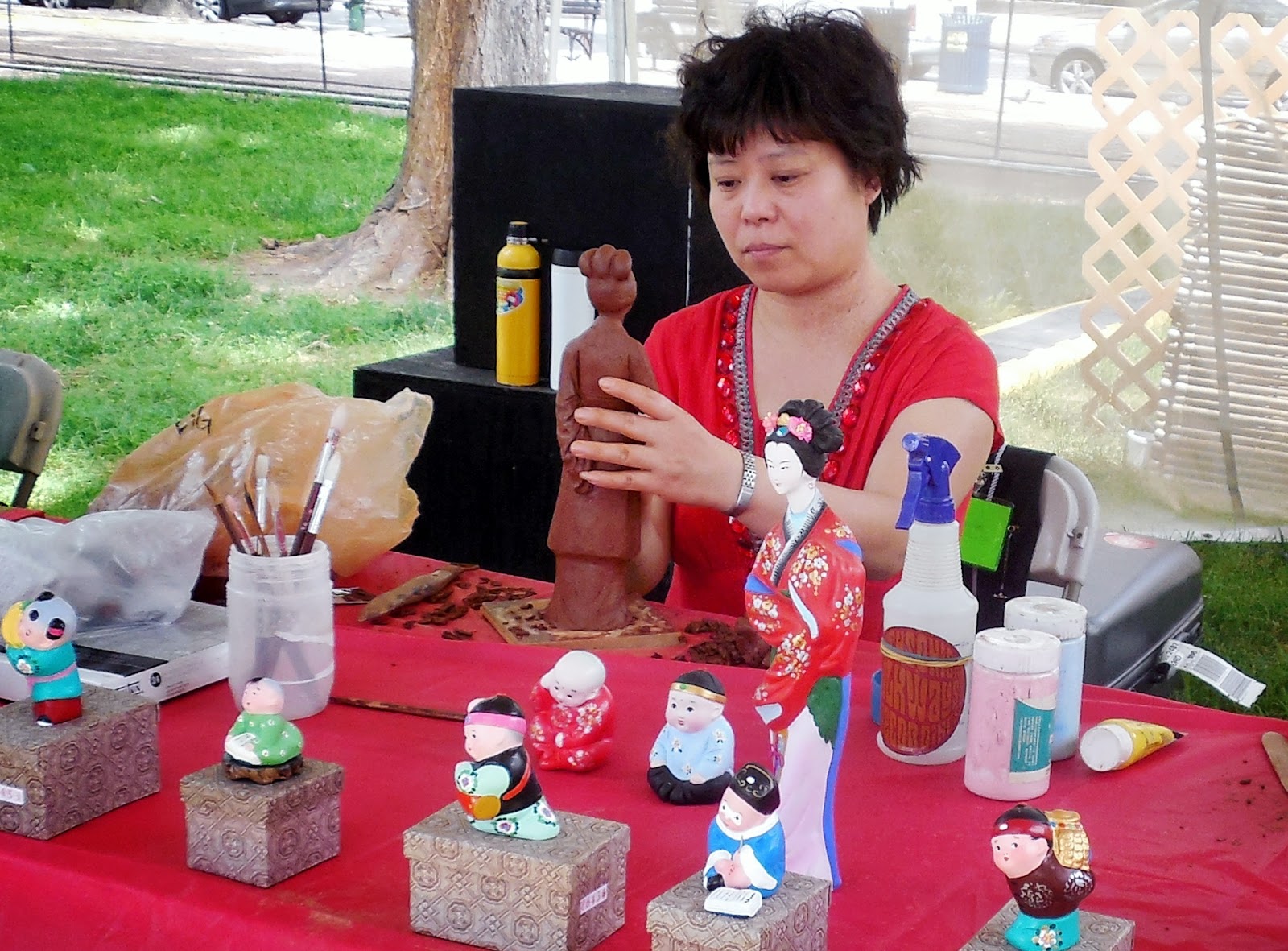 I walked by the calligraphy tent and the pottery tent (where there was a tiny teapot!), but I was soon distracted by a folk song presentation.  it was a wonderful setting with the Smithsonian "castle" in the background. 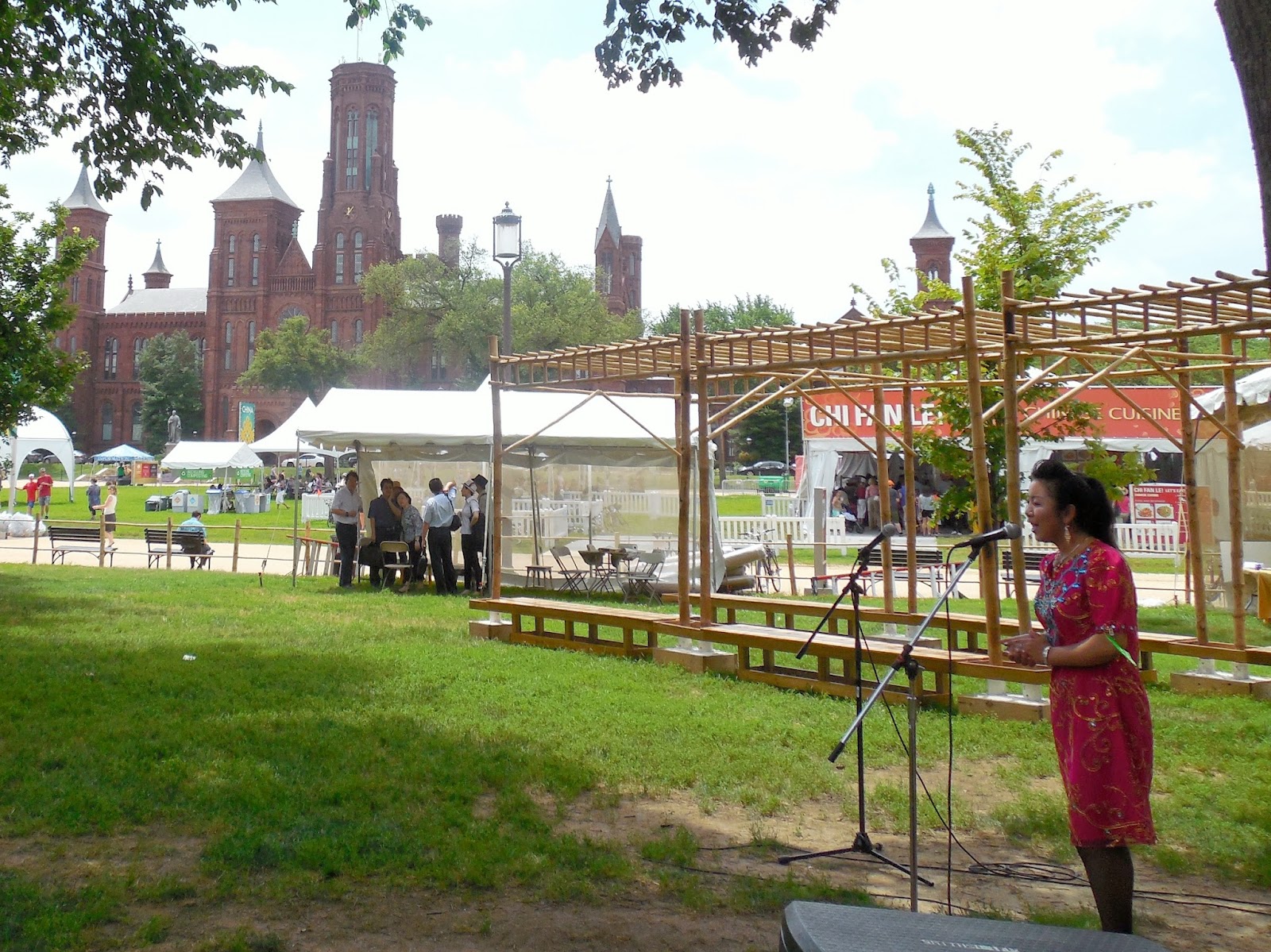 By this time I had to go back to work, but first I was determined to find some tea (it was a hot day!).  The concession stands near China sold "milk teas"--delicious! 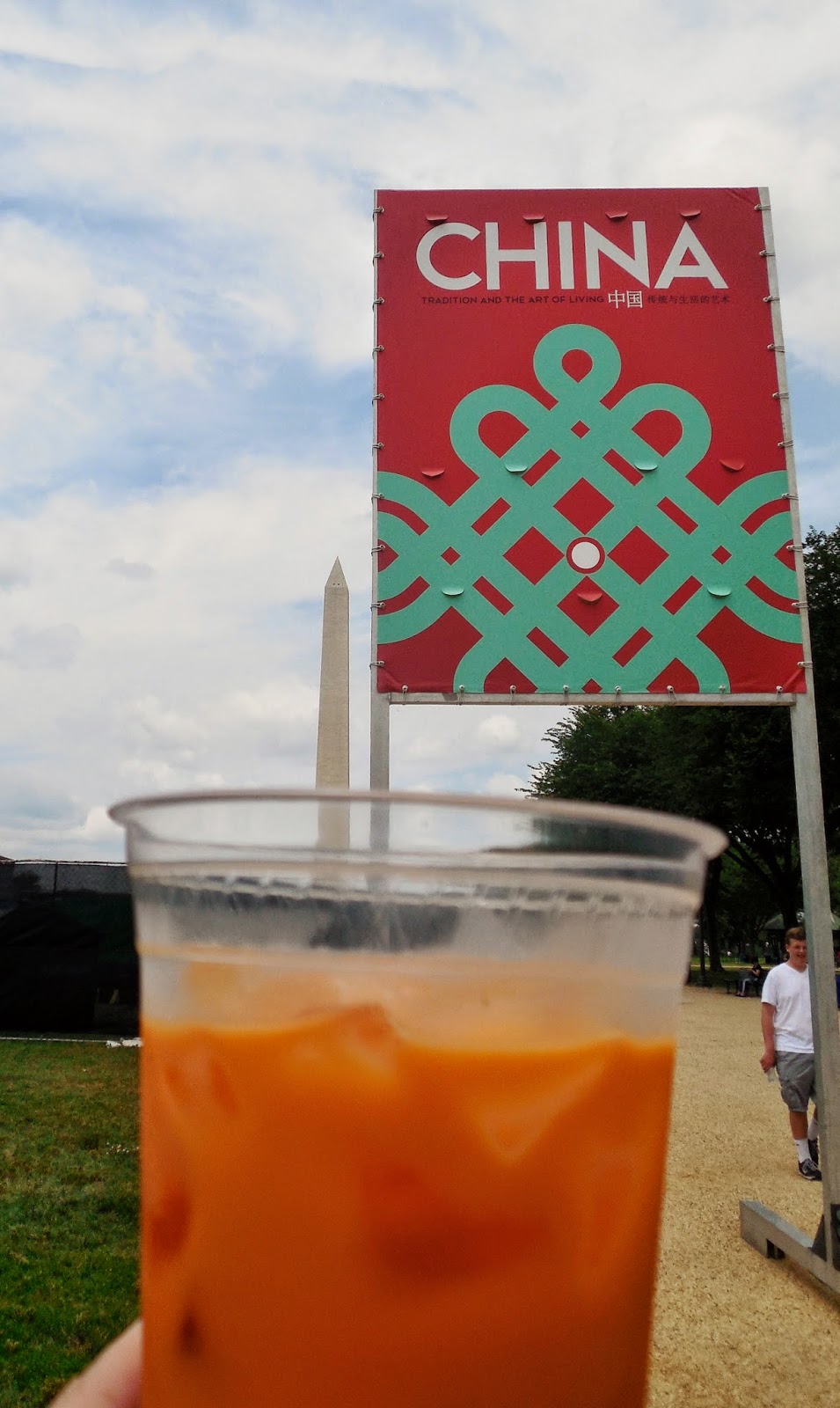