I immediately knew what tea I would serve in my Paul Revere teacup as soon as I picked up the cup in the store: 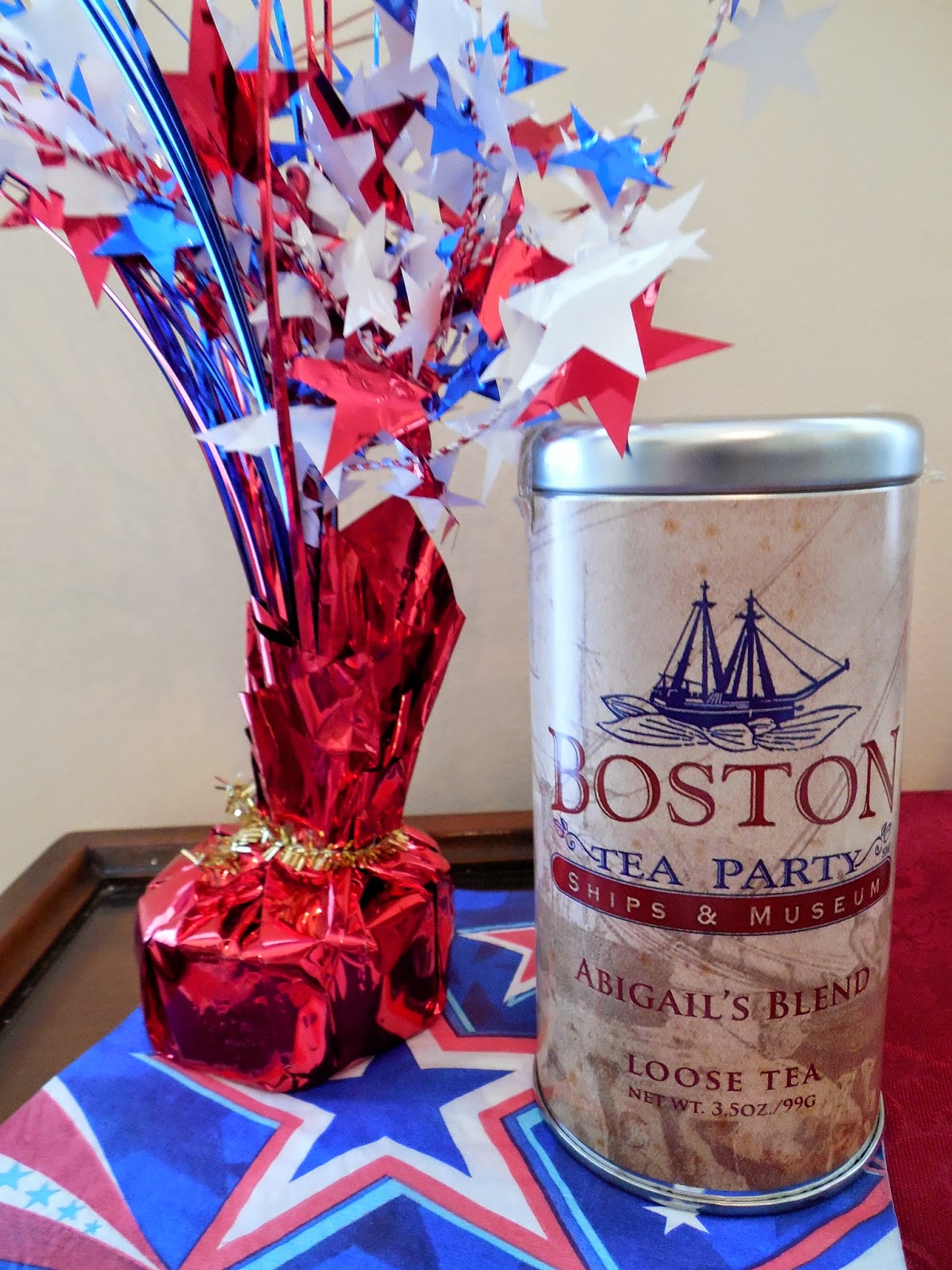 Boston Tea Party Ships & Museum, Abigail's Blend Tea.  According to the explanation of the custom blend on the museum's website, this is a strong black tea that was blended to be reminiscent of the tea that would have been thrown over the sides of the ships during the Boston tea party in 1773 . 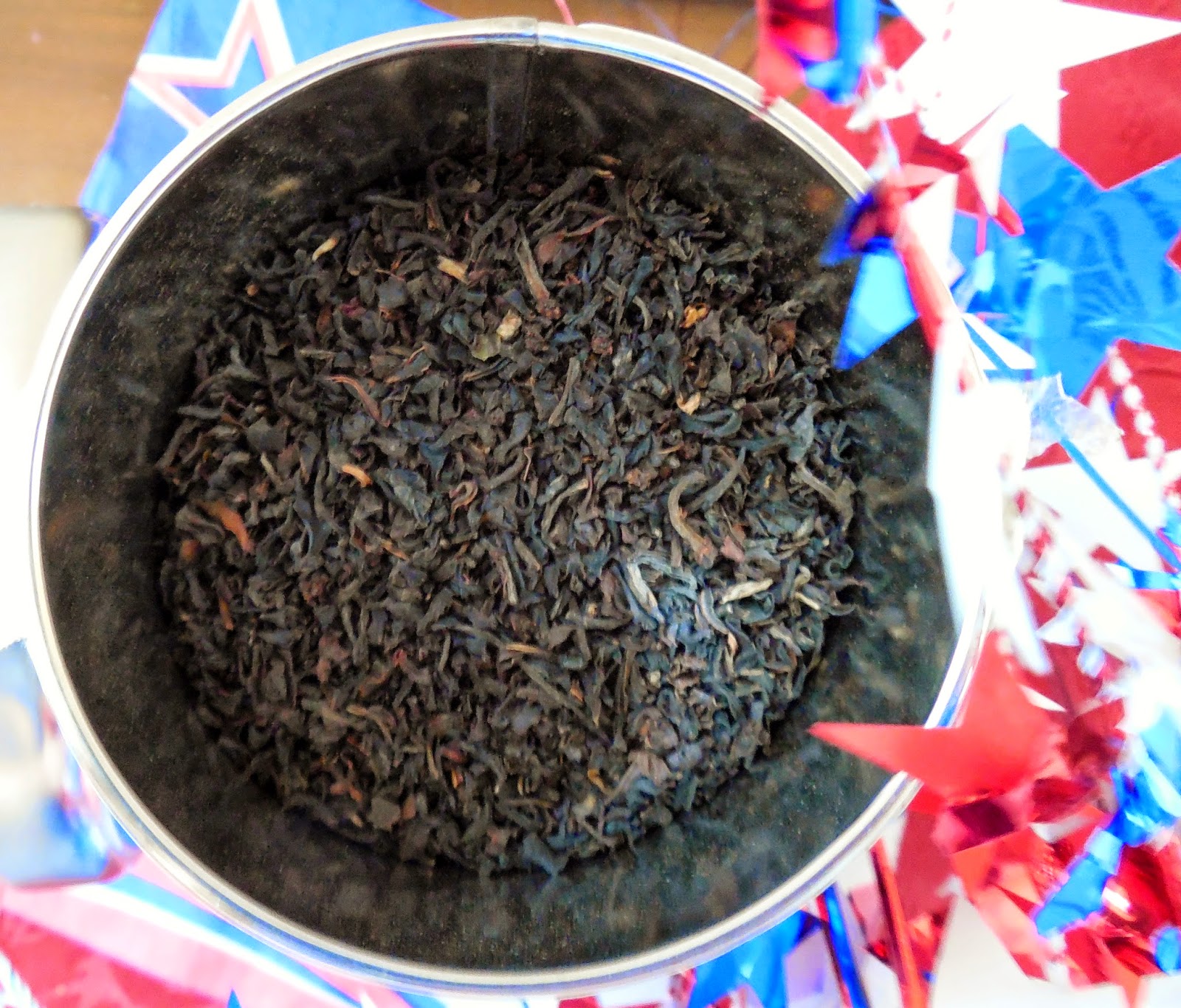 I'm a bit of a whimp when it comes to "plain" black﻿, I like flavors, but it was good with some cream and sugar.  The Blender describes this tea as "real tea"--my tastes are apparently not that sophisticated.

Abigail's Blend is named for Abigail Adams, the wife of the second president of the U.S.--John Adams.  Abigail lived in Boston with her husband around the time of the start of the American Revolution.  Interestingly, John Adams argued against the colonists buying tea after the Boston Tea Party as it was "unpatriotic." 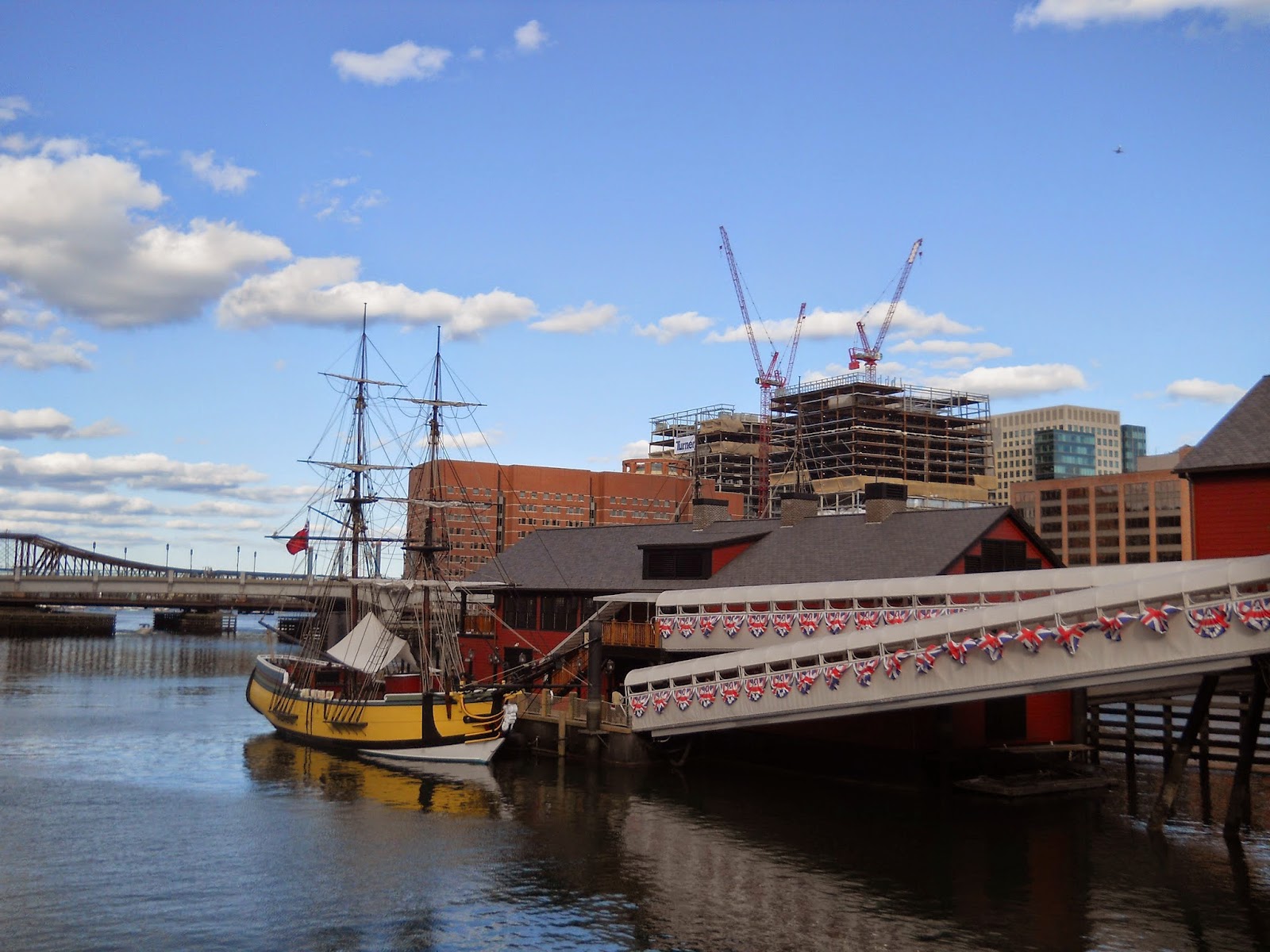 Just a quick little note on the Boston Tea Party, since we are on the subject and that is an important tea moment in history:  Colonists in 1773 were angered by The Tea Act, which was passed by Parliament on May 10, 1773.  The Tea Act didn't actually tax the colonists; instead, the Townshend Act, which had been in place for a few years by then, had added the tax on tea.  The Tea Act, however, gave the East India Company a monopoly on tea sales in the colonies.  Before that, Dutch traders and even colonial traders sold tea in the colonies (at cheaper rates than the East India Company, of course!).  That monopoly spurred on the Boston Tea Party, when locals (part of the Sons of Liberty) dressed as Native Americans and threw the tea overboard.  When I was in Charleston a couple of weeks ago I learned that Boston wasn't the only place where protestors seized tea.  In Charleston, the protestors grabbed the tea, but they didn't chuck it into the ocean.  Instead, they sold it and made money for their cause!

The Sons of Liberty in Boston first gathered at Faneuil Hall, built in 1742 to be a public market, to discuss the coming ships laden with tea and the Tea Act. 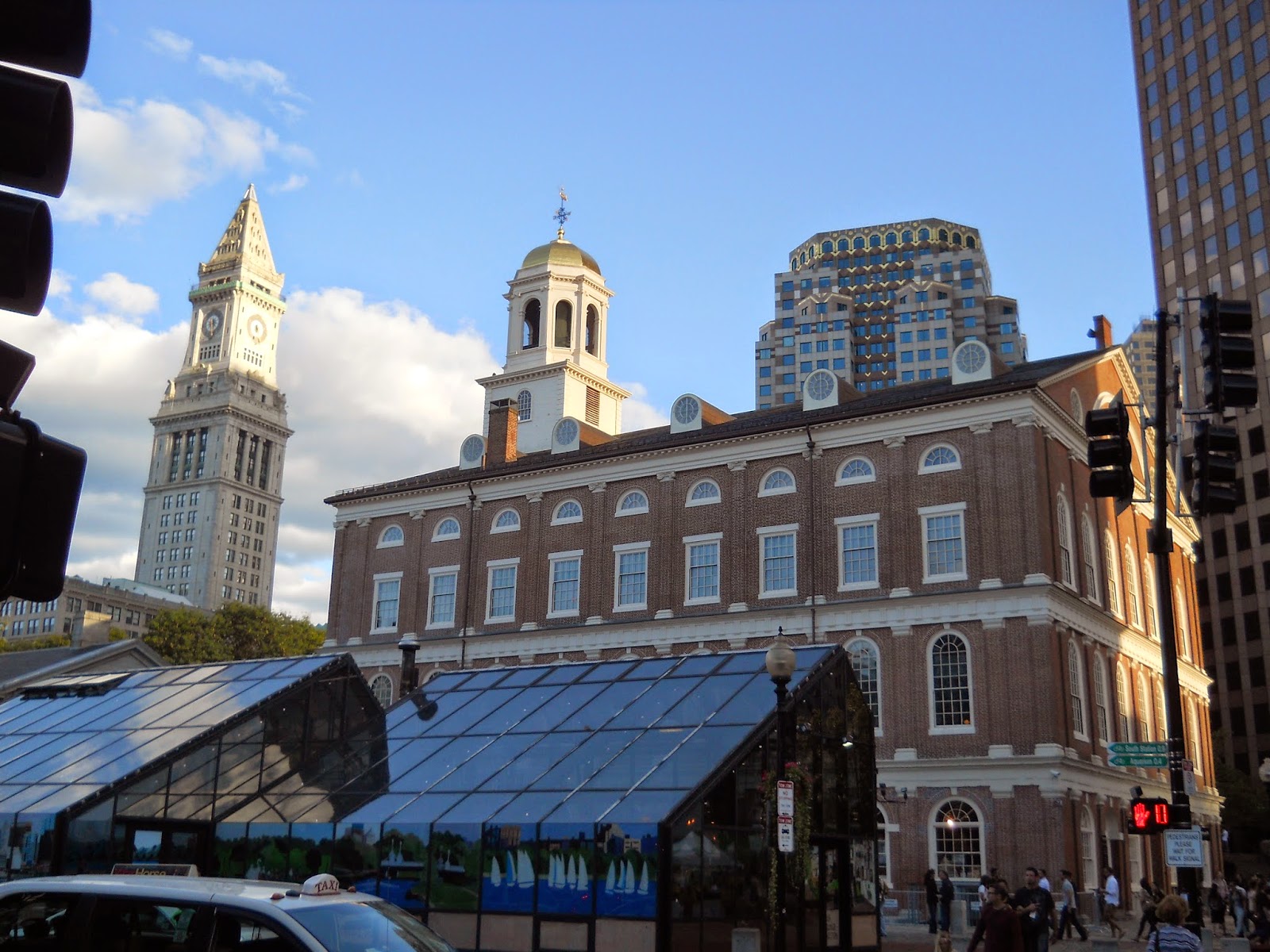 ﻿
On December 16, 1773, the colonists met at the Old South Meeting house, built in 1729, before going to the boats and tossing over the tea. 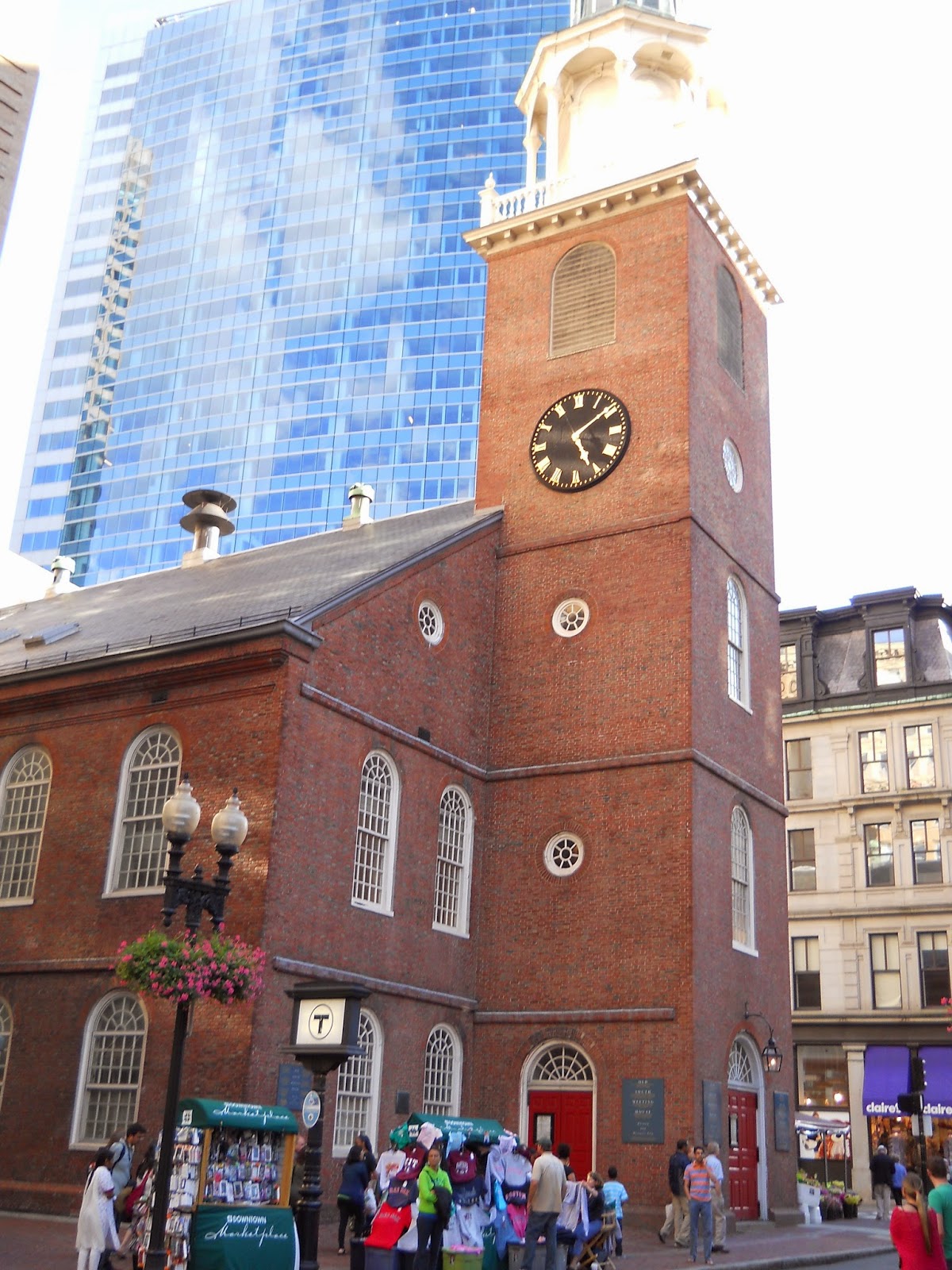 Here is one of the replica ships where the museum stages tea tossing.﻿ 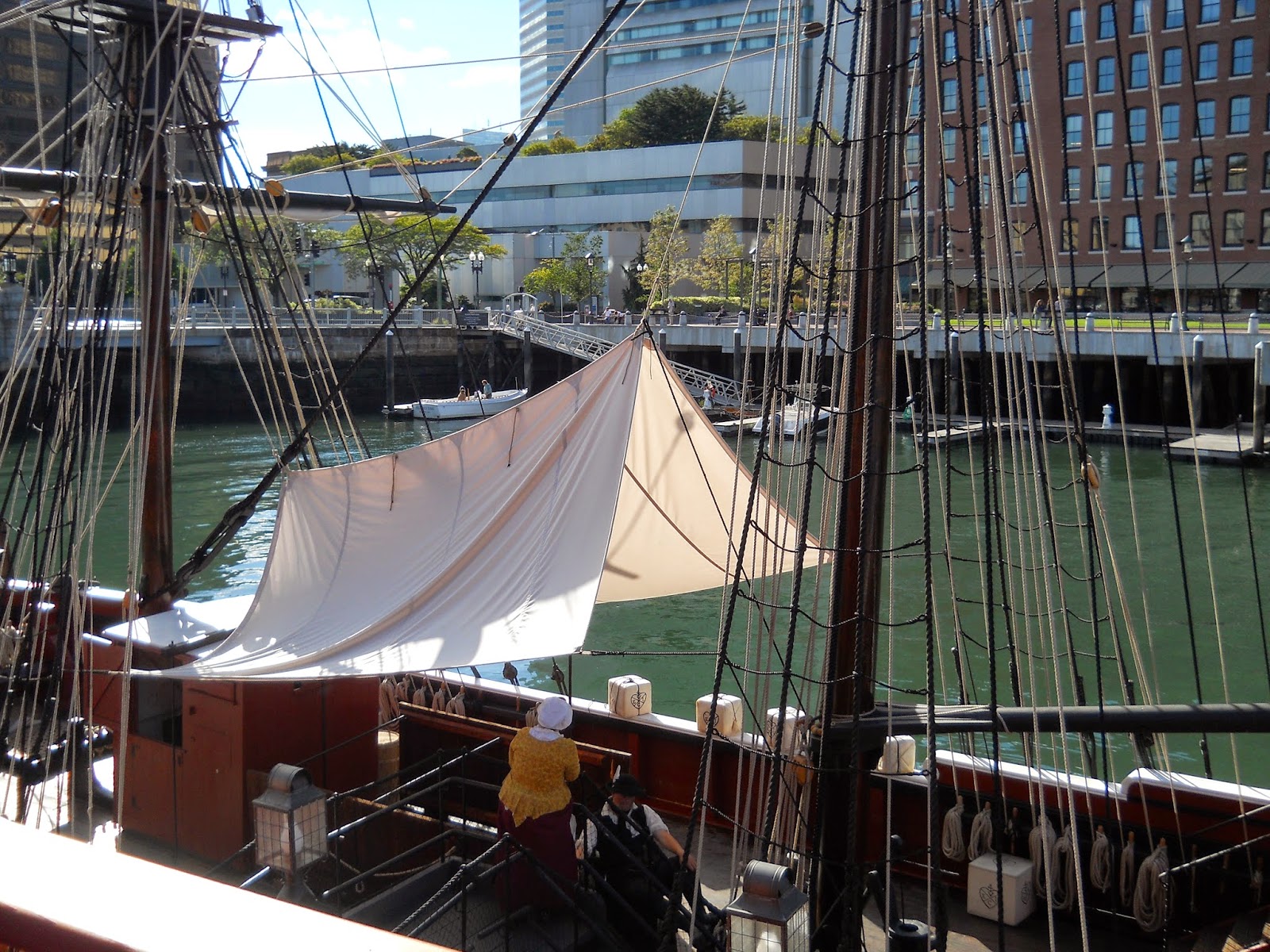 I was surprised by how small the replica ship was--I can't imagine it transporting tea across the Atlantic to the U.S.!

The Boston Tea Party angered Parliament and united them against the colonists.  It is commonly believed to be one of the signals of the coming Revolution--which brings me full circle:

The saucer that matches the teacup is of the Old North Church, which dates to 1722. 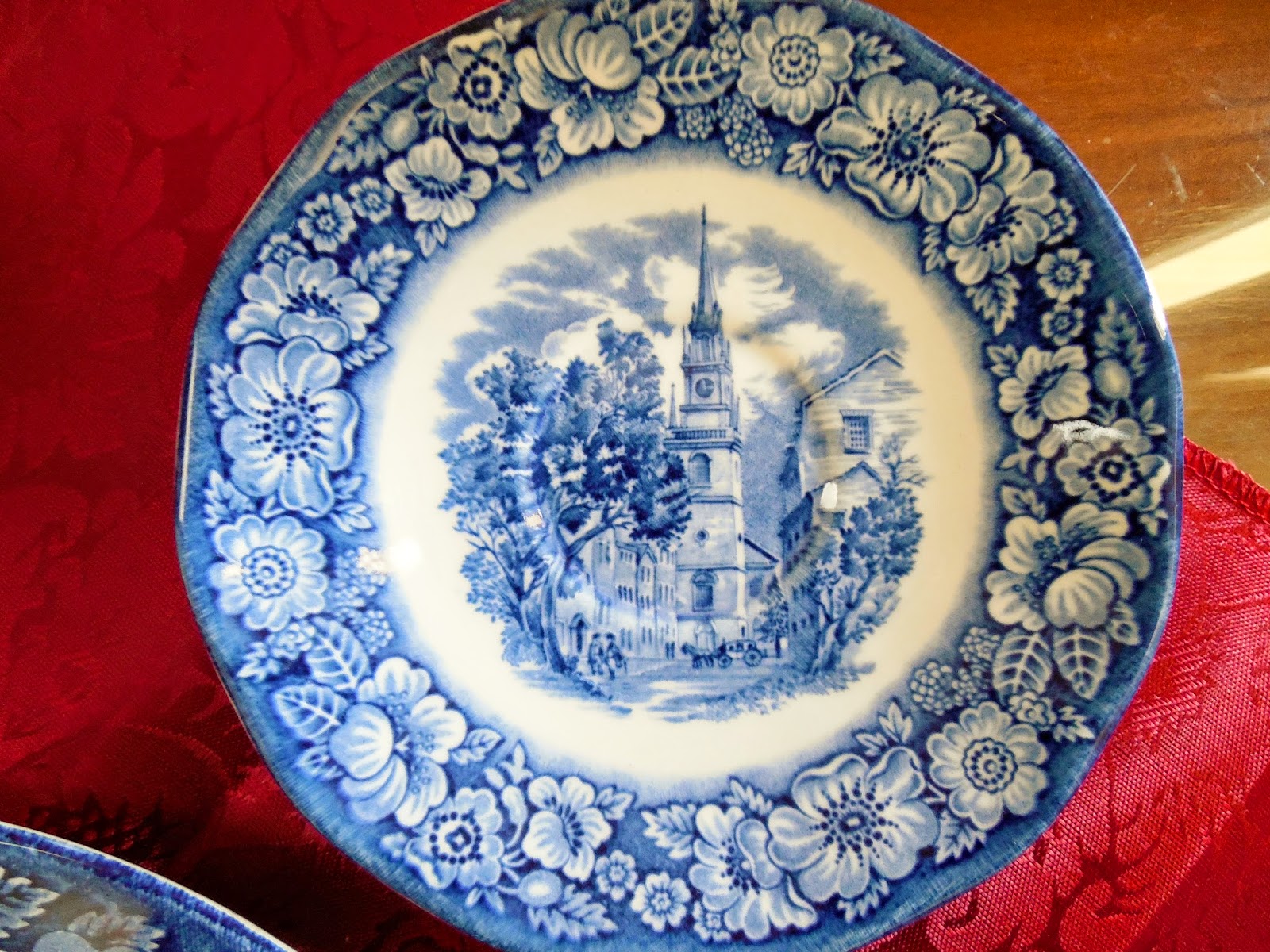 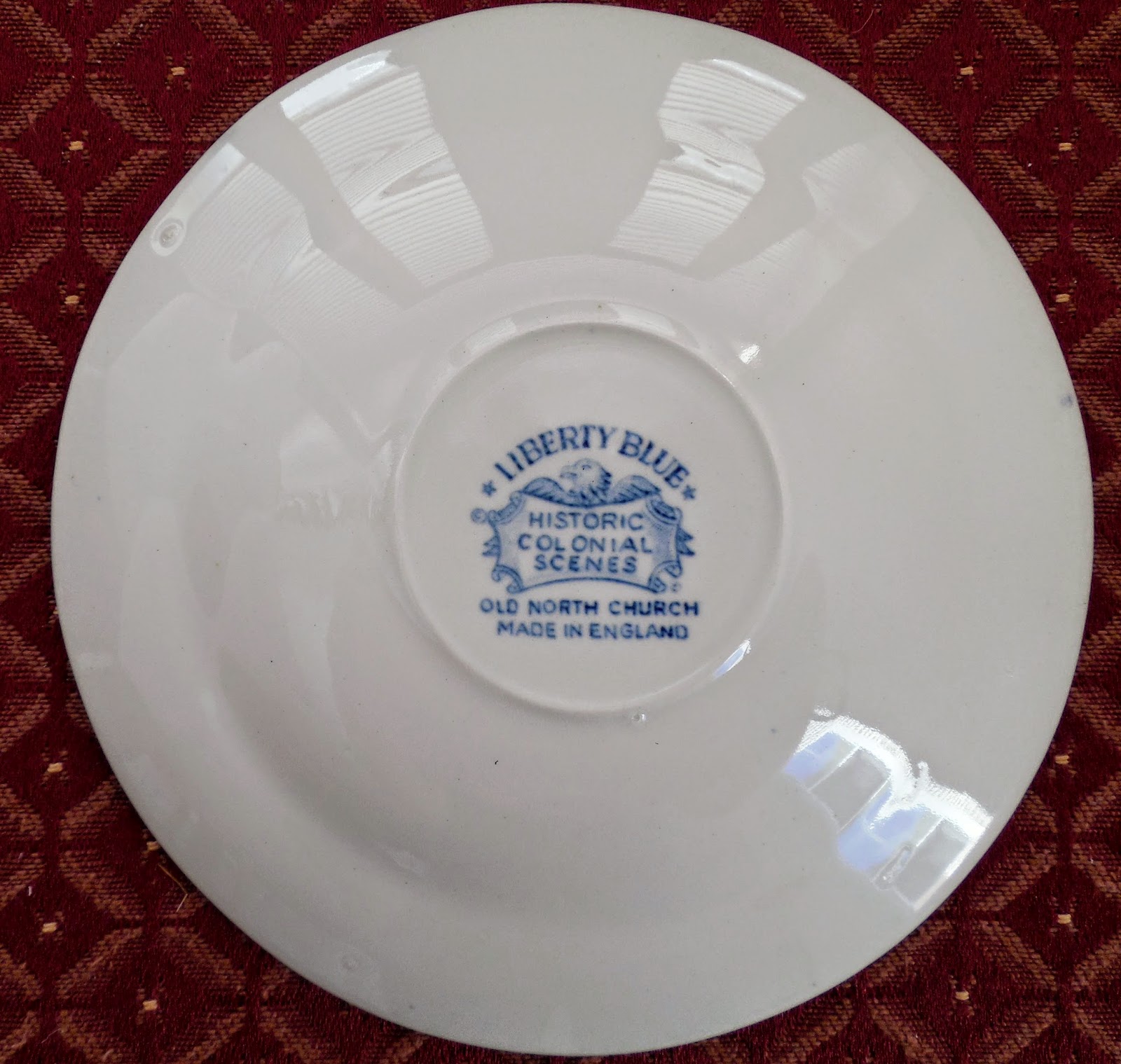 Two lanterns were lite in the steeple of the Old North Church (built in 1722) to let Paul Revere and the other riders know that the British were coming by sea. 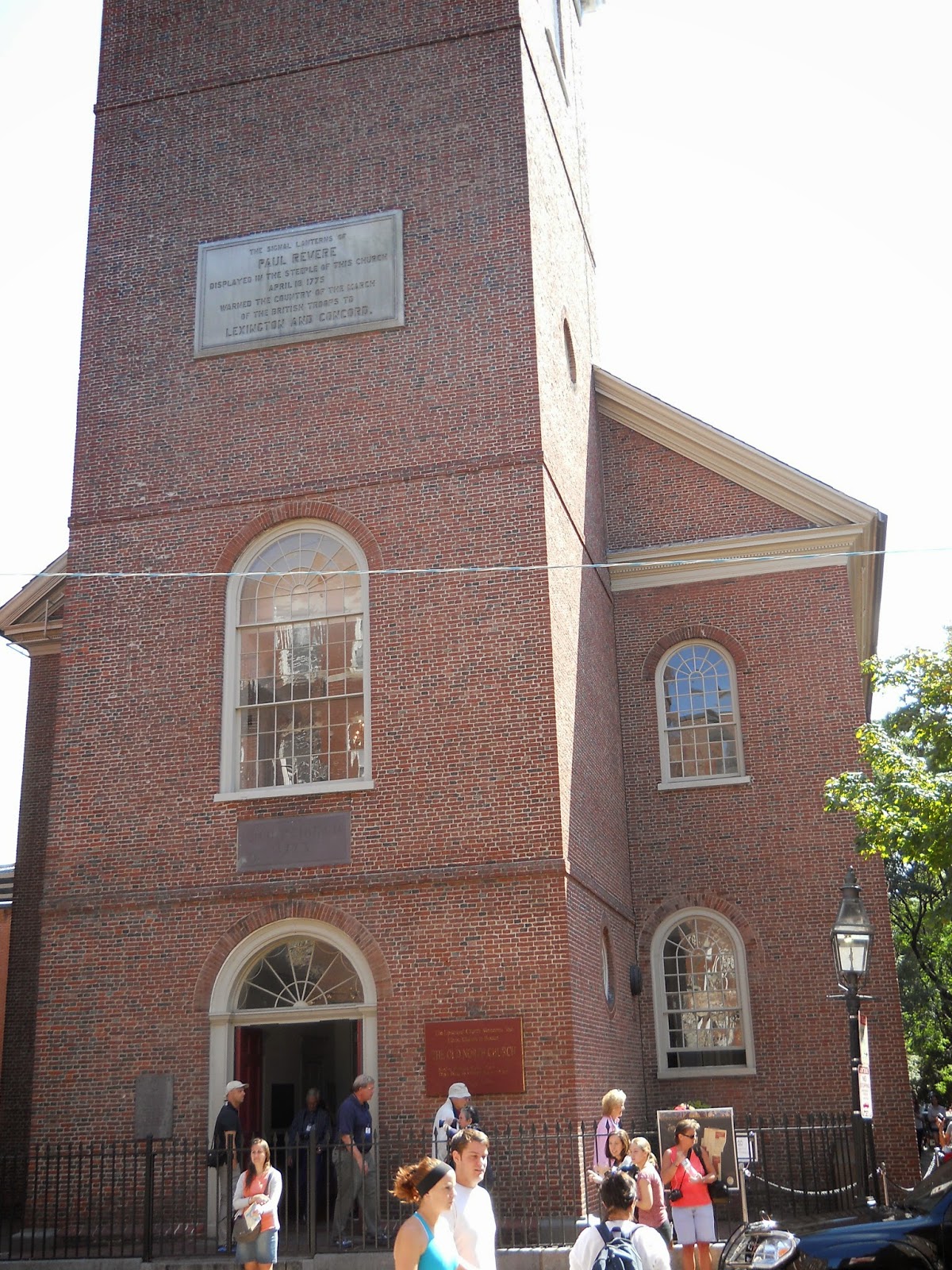 While I was in Boston, I went inside and toured the church.﻿ 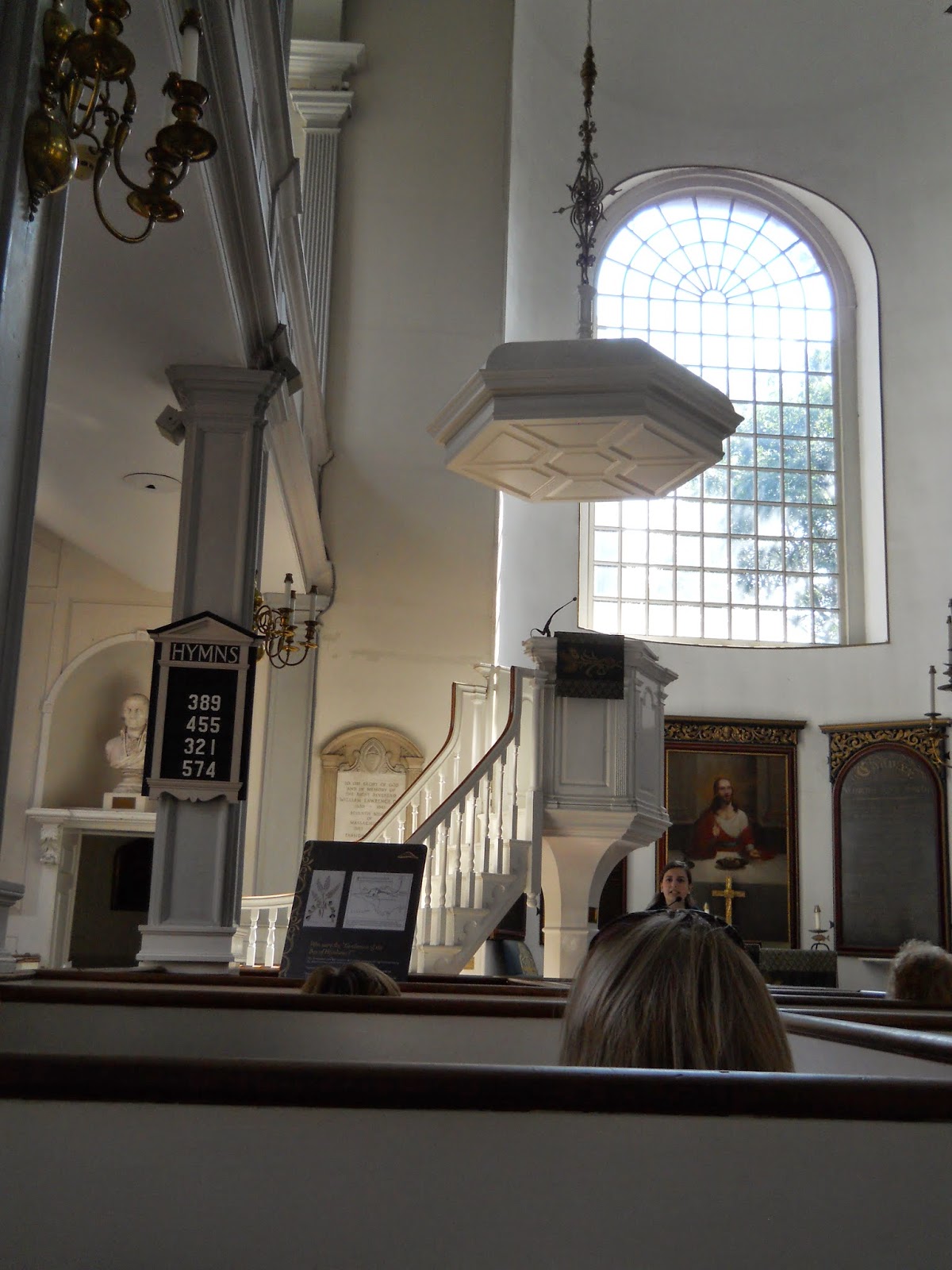 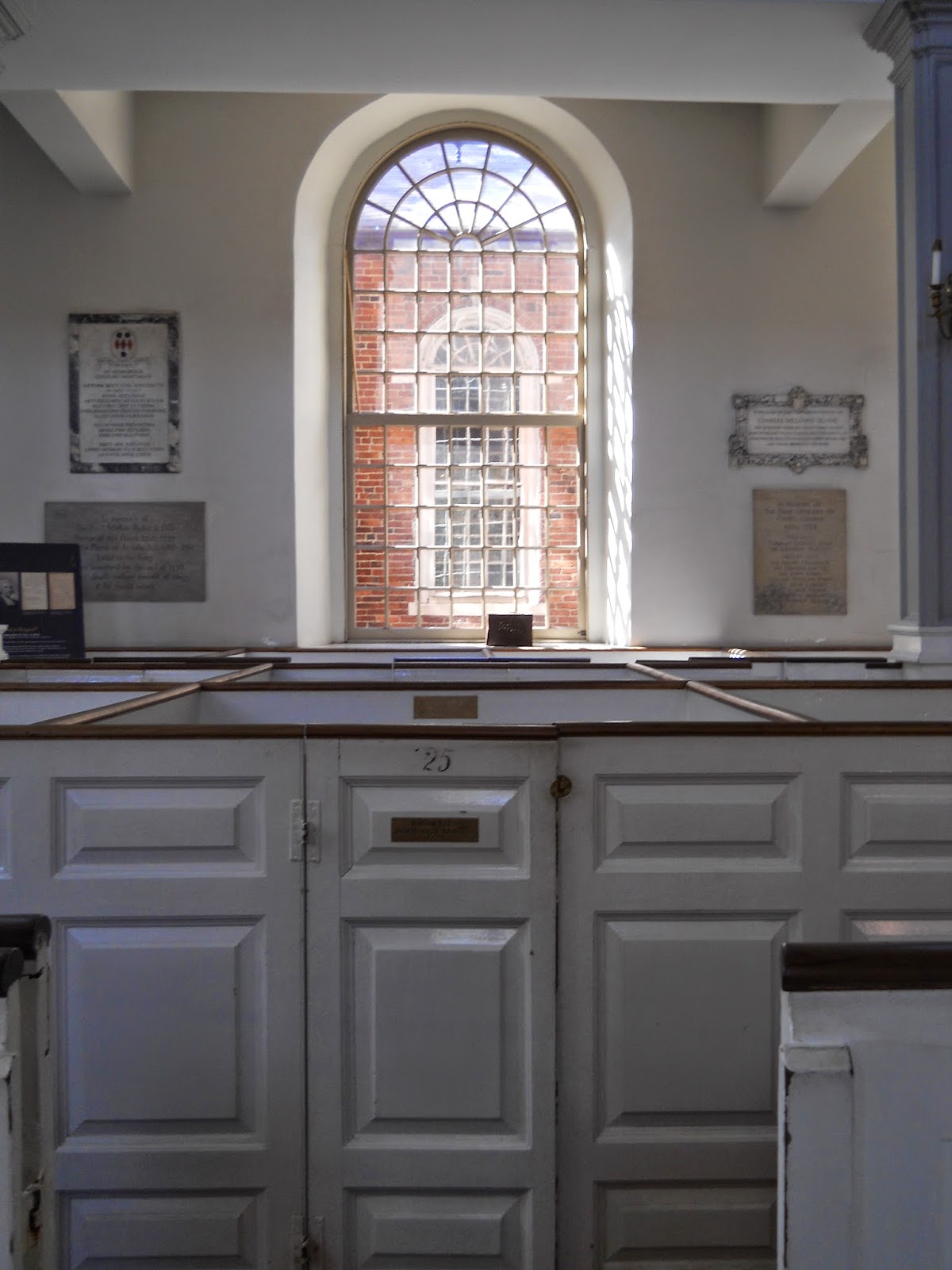 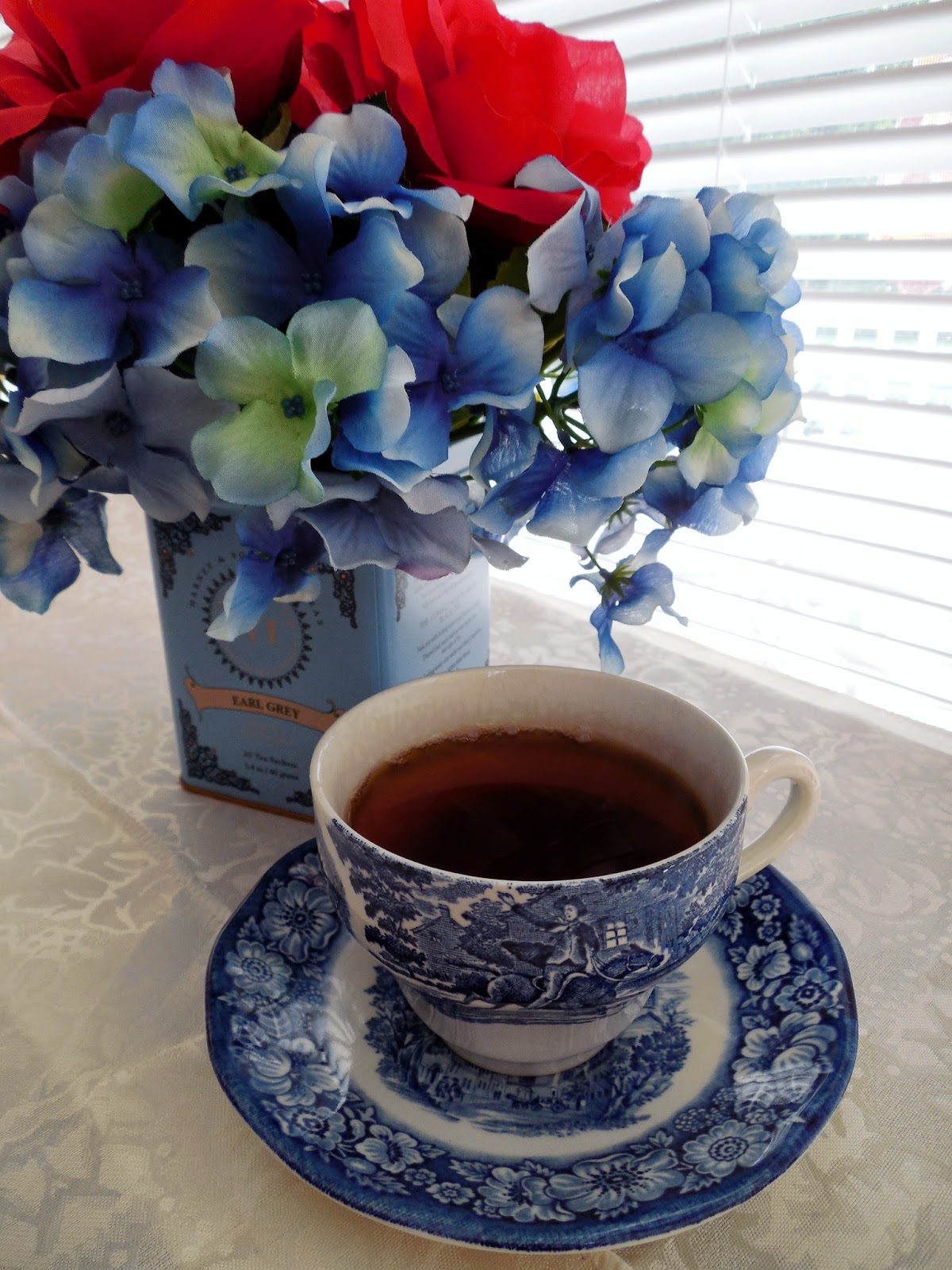 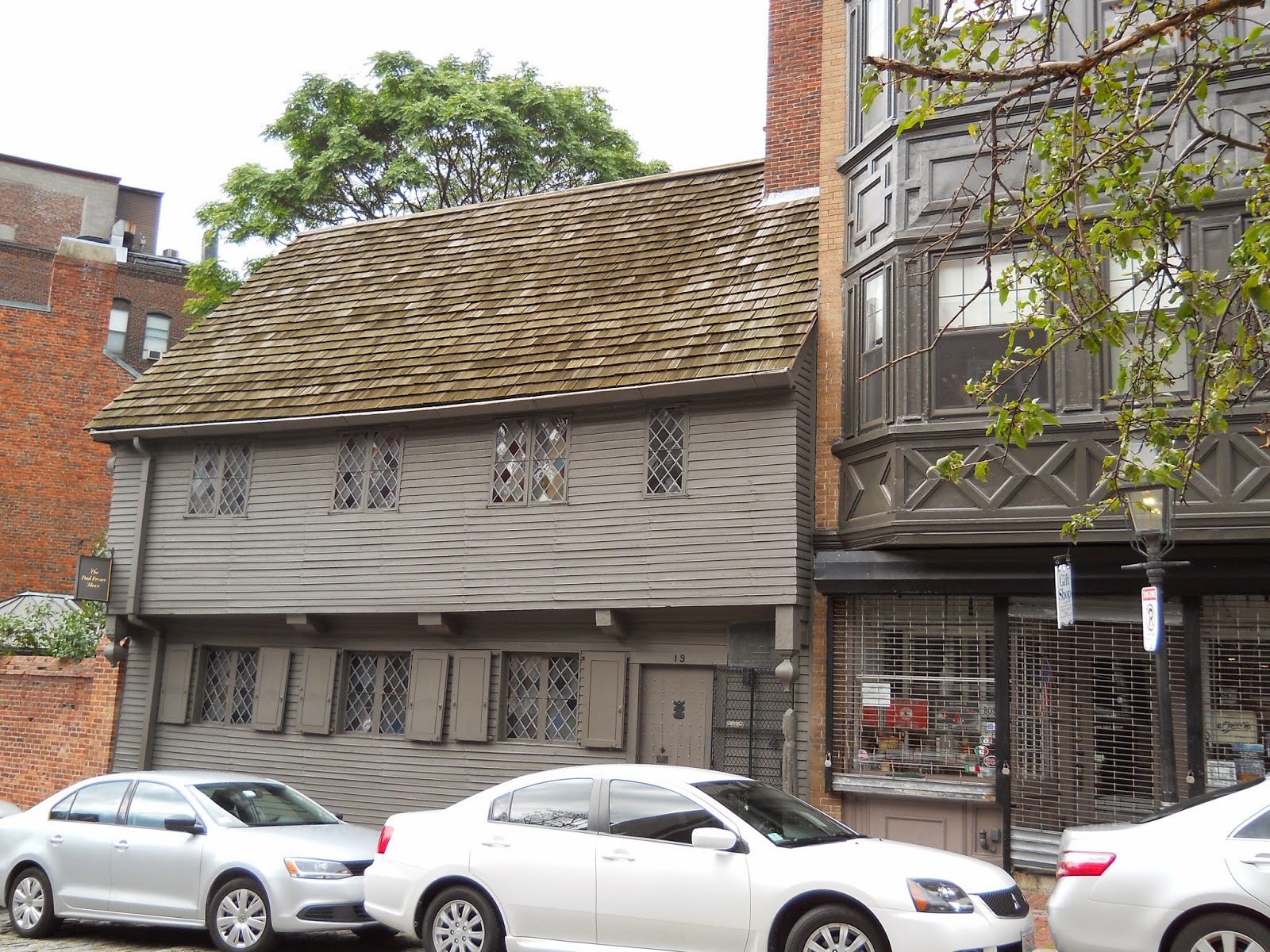 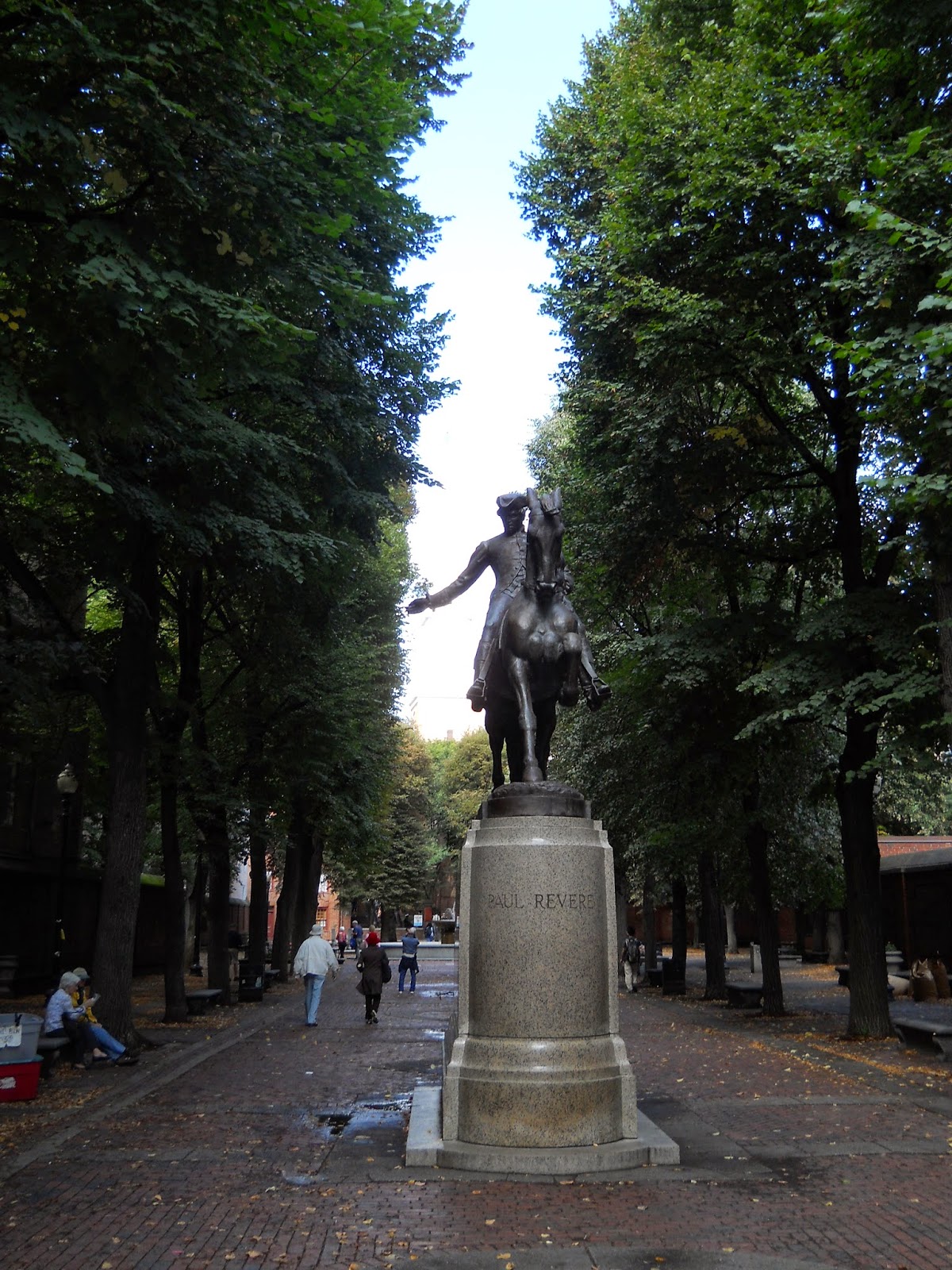 Boston was a wonderful city to visit and was very walkable.  As you follow the Freedom Trail (a red spray painted line through the city--great for people like me that get lost easily) you pass many of the historical buildings.  They were mixed in with giant skyscrapers: 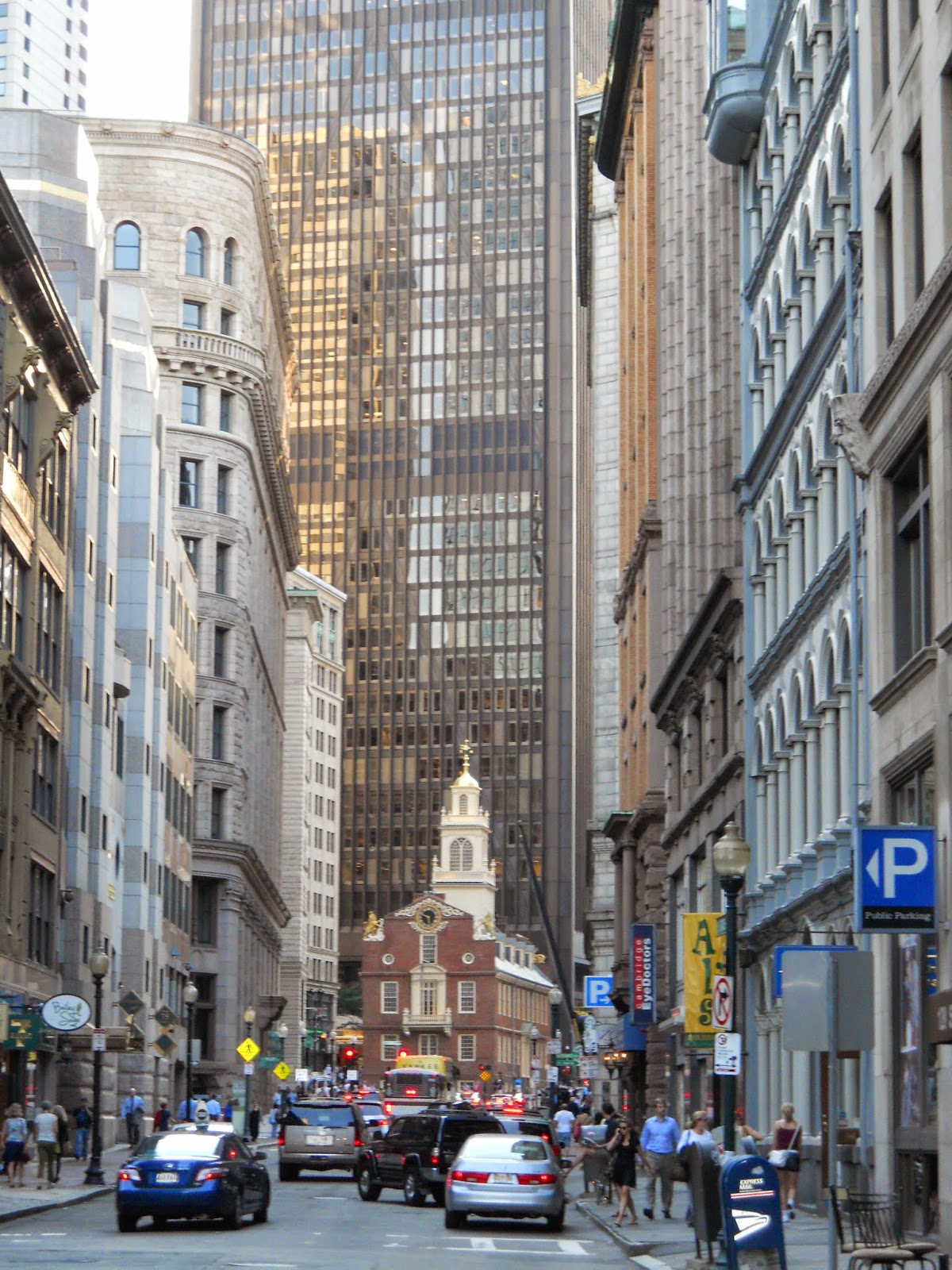 Here are some of my other favorite pictures from this trip:﻿ 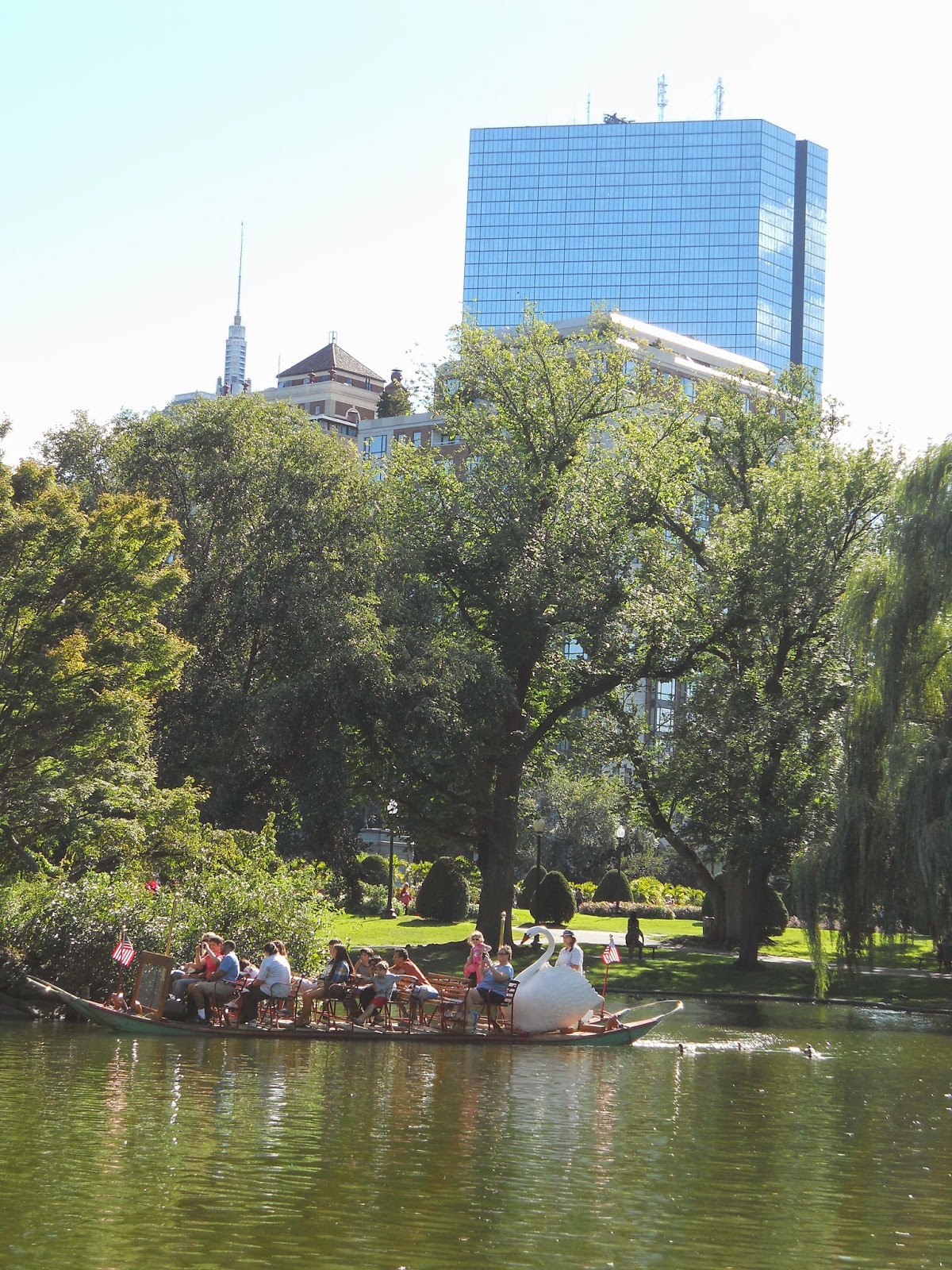 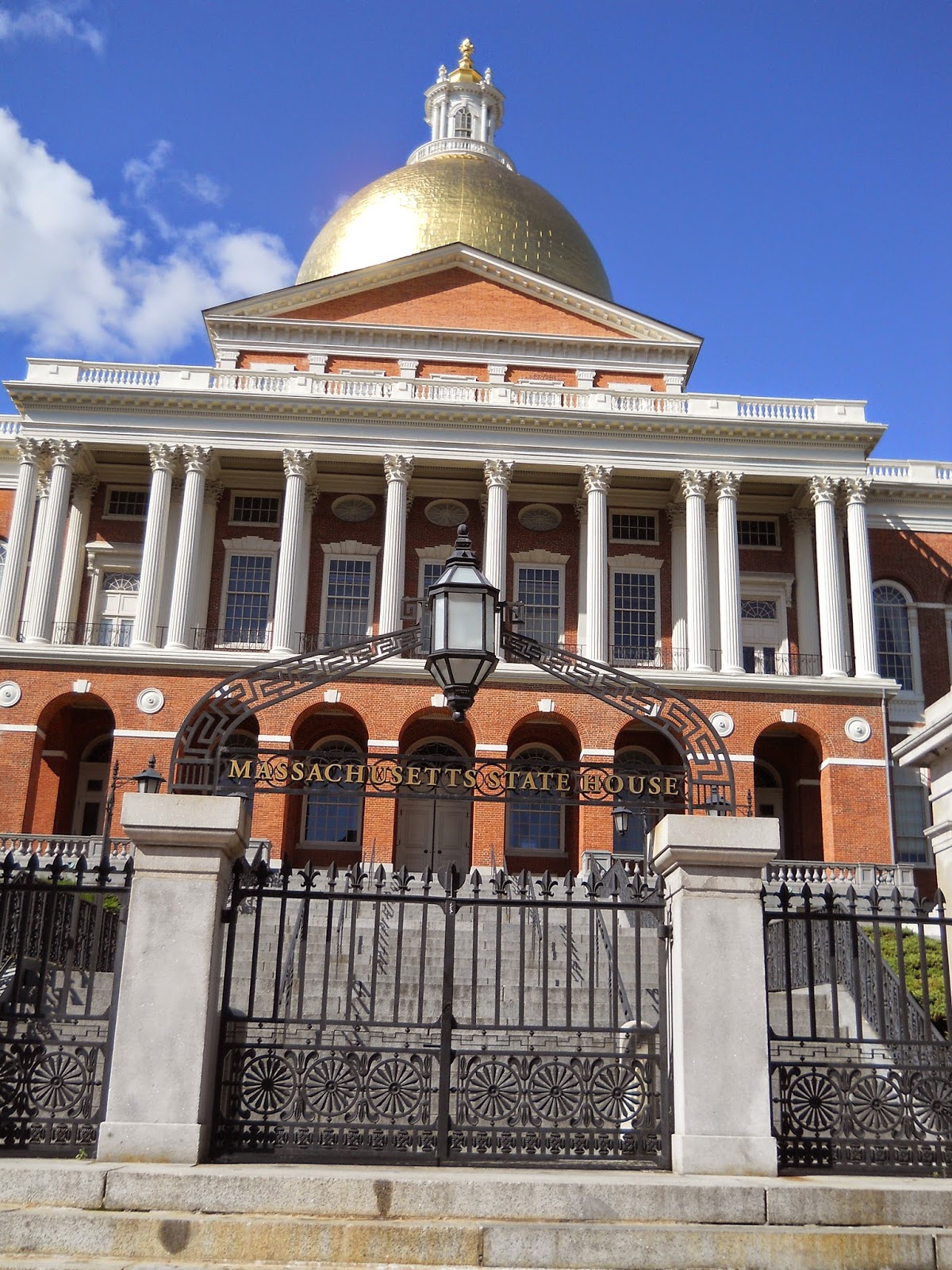 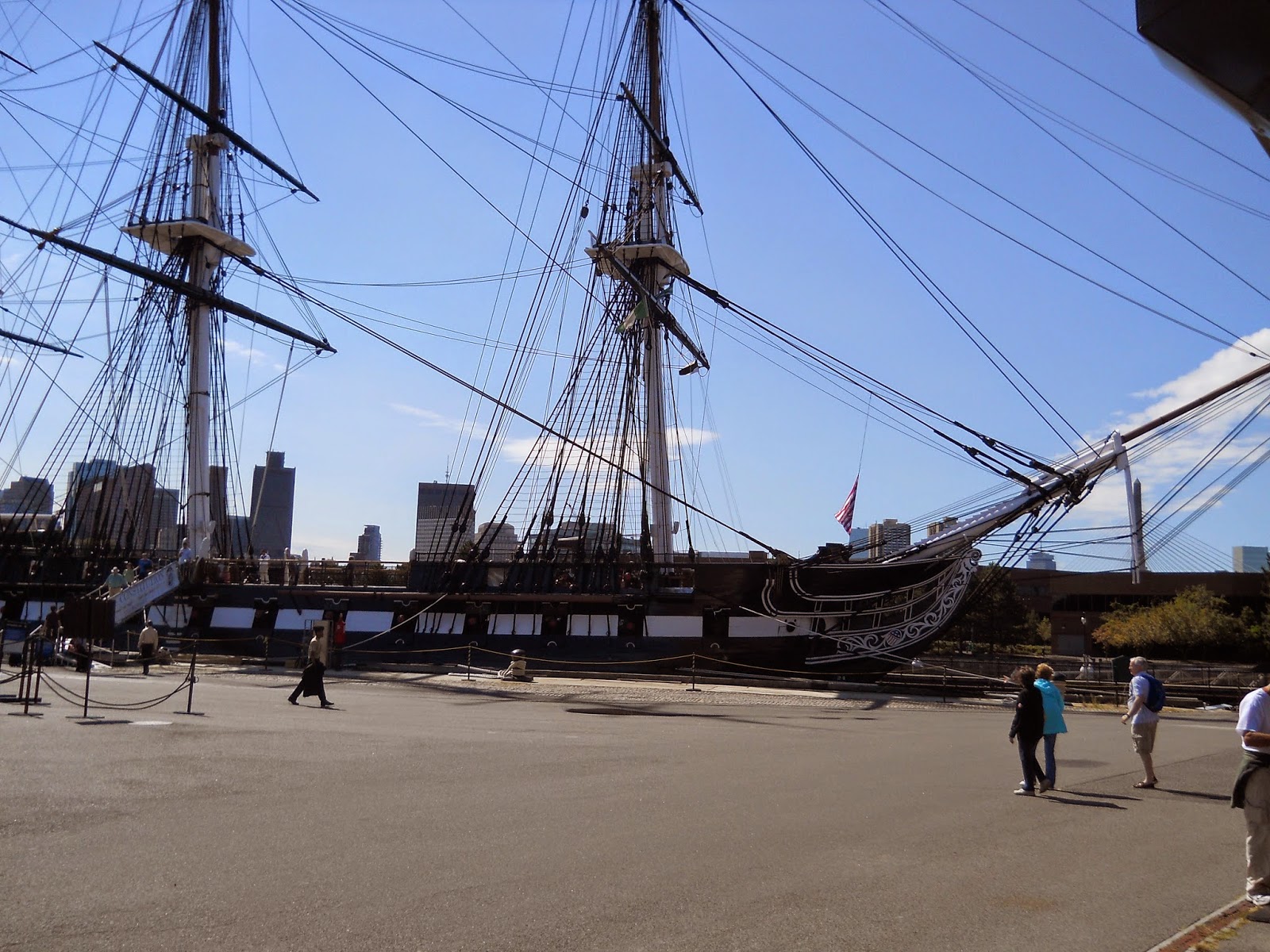 (USS Constitution--world's oldest commissioned vessel still afloat.  She was originally named by George Washington after the Constitution, and launched in 1797). 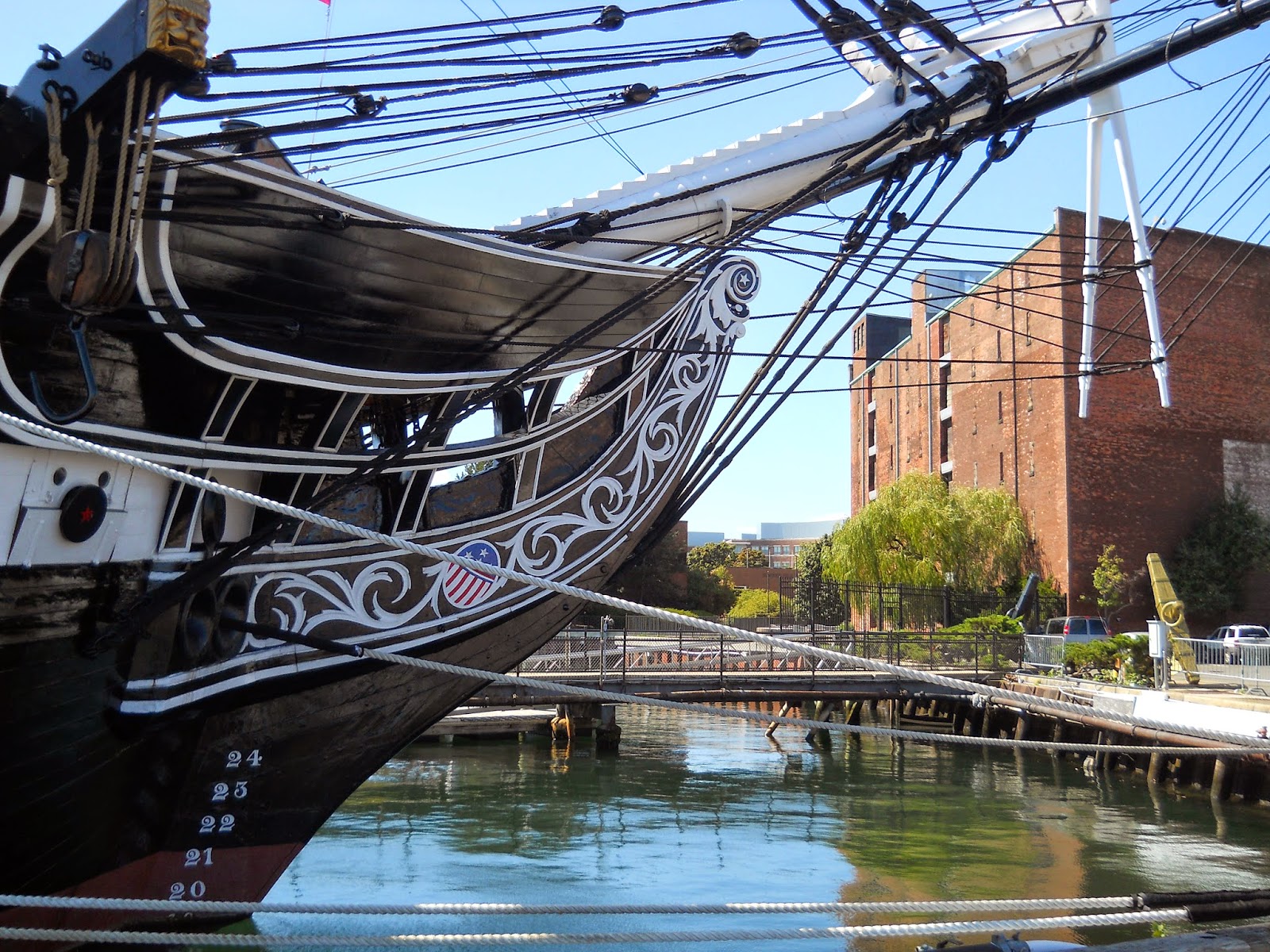 (The Constitution fought in the War of 1812, where she earned the name "Old Ironsides.")