Good morning!  Yesterday I was in the middle of a blizzard, so a perfect day to stay in and drink tea!  January is hot tea appreciation month--and now it is extra clear why!  We ended up with around two feet of snow in my area, so I was out there yesterday trying to stay ahead.  Here was the shot of the door to my back deck yesterday afternoon before I went out to shovel (yes the door is open, I had to shovel some from the doorway before I could step outside): 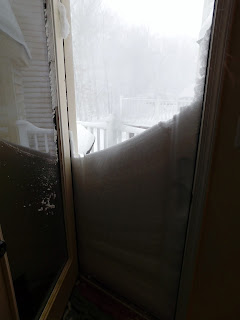 and here was my last picture of the day looking up my street from my fourth time out last night: 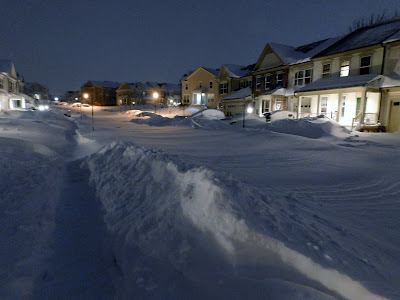 I had tea on hand pretty much all day, so I could have something warm in between the shoveling.  I set out a little winter tea tableau to share: 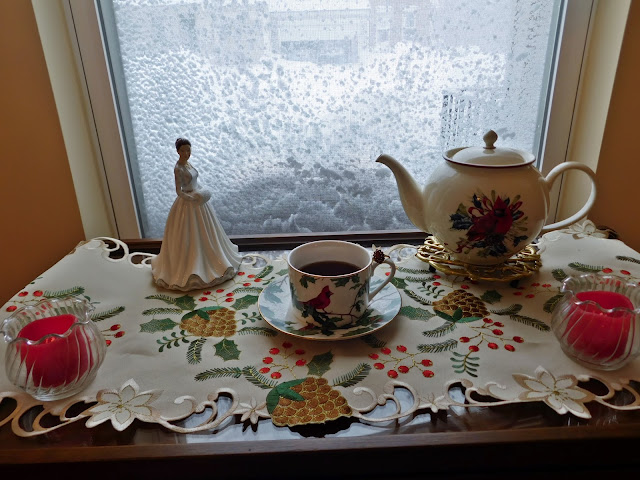 This Royal Albert figurine is wearing a bolero jacket covered in snowflakes and a silver snowflake belt.  You might remember her, she is one of the Christmas figurines I shared earlier this month, but I think this is more "wintery" personally.   ﻿ 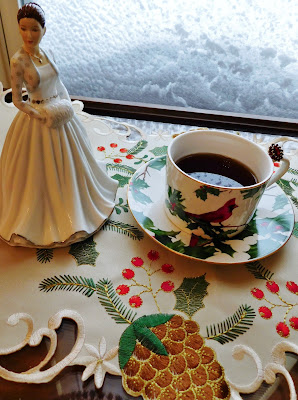 I also used my cardinal teapot which is also a repeat--I had actually already put it away for the season, but cardinals and holly make me think of winter--they are a common sight where I live and stay all winter long. 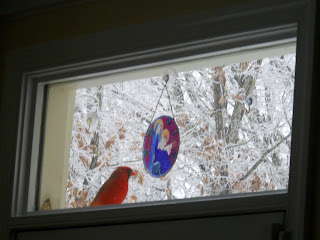 (I'll admit, this is cheating.  This picture was taken after an ice storm a couple of years ago. He perched on the window above my backdoor.)
Cardinals are so pretty next to the white of snow (or ice), so I decided to enjoy tea in a Gracie china teacup with a cardinal on a holly bush with a snowy white background.  I bought this cup solely for the pretty cardinal as I'm not a huge fan of the flat bottomed shape, but the design is so pretty. 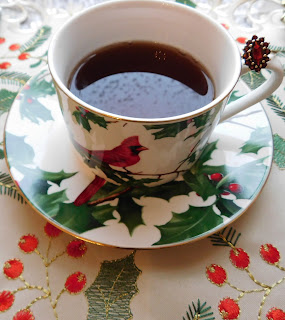 ﻿
This post is also the first in 2016's monthly series:  gemstones of the month!  Garnet is the January birthstone, so off I went to my jewelry box. 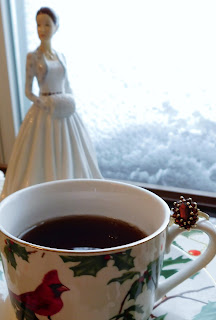 My mother gave this ring to my grandmother a long time ago, and then she gave it to me after my grandmother passed away.  The pinecone covered runner was also a gift from my mother--a perfect match for this tea.  I think this series will be especially fun--I love jewelry and teacups, so what better way to enjoy them then to mix them together :).
Well, winter was a bit slow arriving, but it is definitely here now! 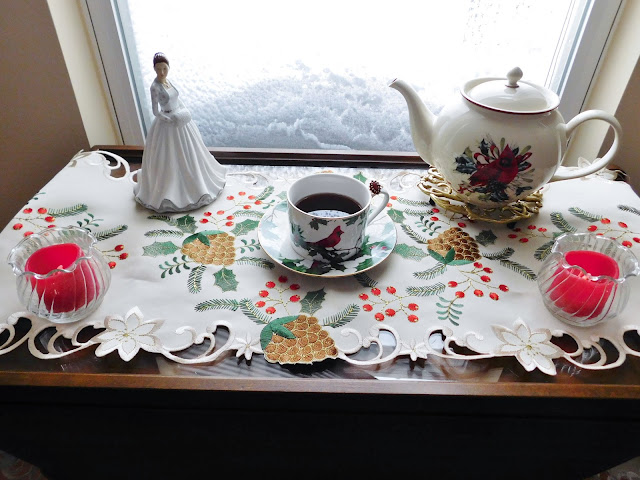 Update!  I just came back inside from shoveling the front, so here is the final pile photo (at least until the plow comes and the street is cleared). 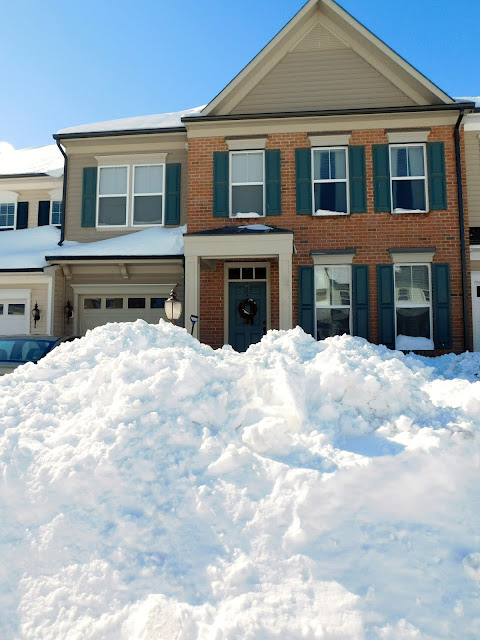 Email ThisBlogThis!Share to TwitterShare to FacebookShare to Pinterest
Labels: Gemstones of the month 2016