My sister joined me for dinner on the 4th of July so instead of having a barbeque, I put together a small tea party (we just waited until Sunday night to have the hamburgers and hot dogs).  She works on weekends, so it is hard to find time normally to do more than a quick dinner, so we took advantage of her getting off early for the holiday. 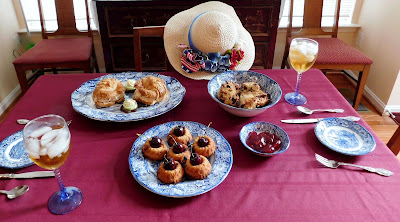 I have a few odds and ends of Liberty Blue, so I set the table with an eclectic assortment of dishes (actually in both meanings of the word, now that I think of it).  I really like all the different scenes in this china--all of which are important colonial places and happenings!

Here are a few of the scenes on the dishes since they are covered by food in the picture above:

The big platter with tea sandwiches has George Washington crossing the Delaware River, 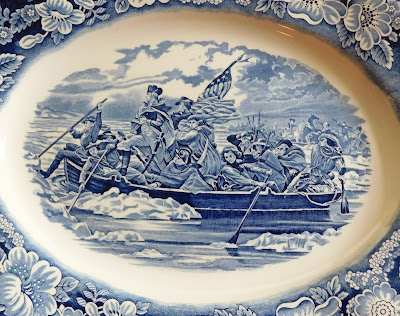 The serving bowl has a picture of  the Fraunces Tavern.  The real tavern (located in New York City) served as a headquarters for Washington and a venue for peace negotiations with the British.  I found both this bowl and the platter at my favorite thrift store last year for only $7 each!﻿ 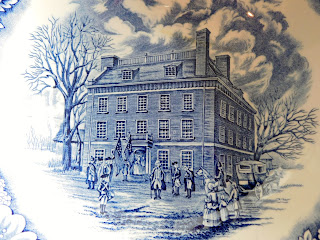 The little bowl with jam in front of the serving bowl has Betsy Ross with an early American Flag.﻿ 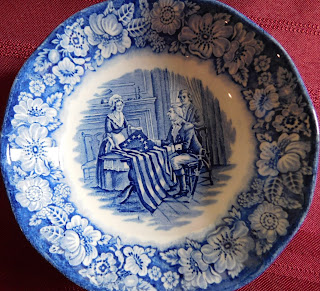 The plate full of dessert in the front has a decal of Independence Hall, in Philadelphia, Pennsylvania, the site of the second Continental Congress, and where later the Constitutional Convention was held.
﻿ 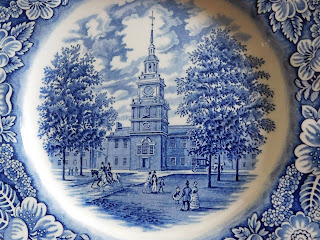 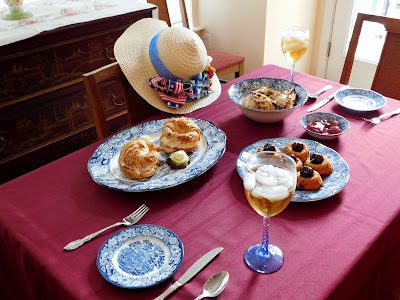 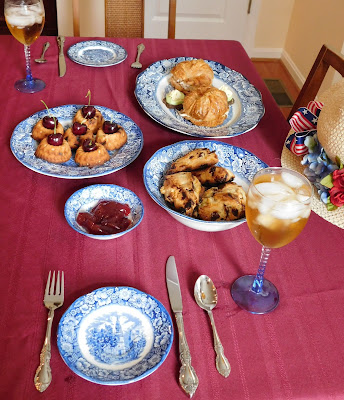 (This is actually a saucer, and is of the Old North Church in Boston, Massachusetts, where a lantern (or two) would be hung to warn of the British coming by land or sea)
Now for a bit about the food: 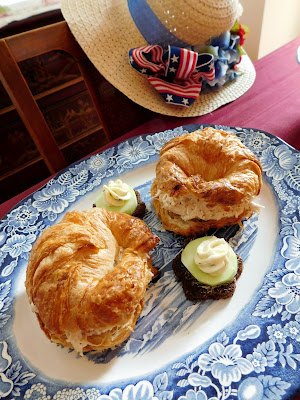 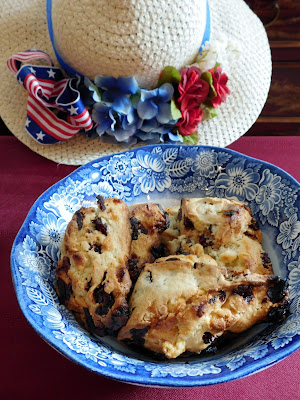 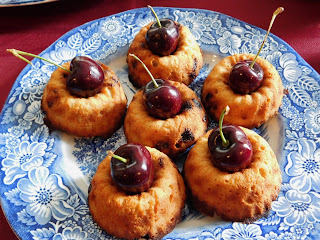 (white chocolate French financiers)
﻿
This is a brand new camera--I think the picture quality got a bit better as I worked with it more!  So far I'm pretty happy with it.  I need to walk around with it outside and give it a better test though.  Here are a couple of pictures of my yard for the fourth that I'll leave you with (from my brief excursion out with the camera): 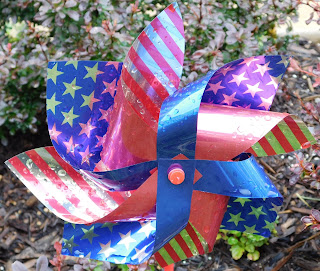 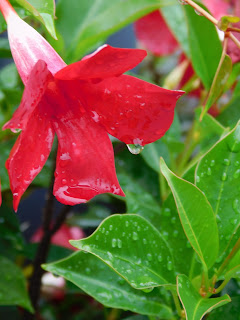 ﻿
This week I'm joining the tea parties below: