In 2017, I signed up for the scenic Ireland trip offered by Globus.  It is not the exact same tour today, but still 13 days. 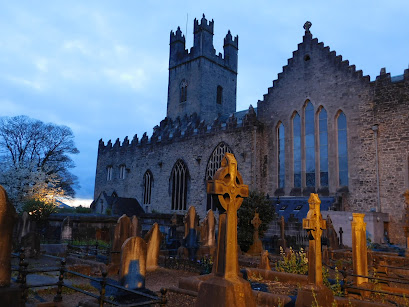 Day 2--Counties Claire and Galway
Visiting the Cliffs of Moher, a working sheep farm for scones and tea, Galway and its street market for lunch, a marble factory, and overnighting in Clifden, a small fishing village. 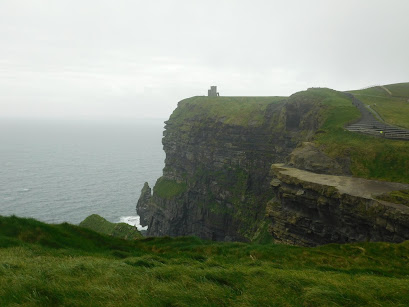 Day 3--Counties Galway, Mayo, and Donegal
Describing a visit to Kylemore Abbey, including its pretty grounds, a lunch stop in a tearoom in Westport, a visit to Knock, a pilgrimage stop after townspeople saw an apparition at the church, a walk along the cliff wall at Bundoran, a seaside resort town, and a visit to a pub for music and drinks. 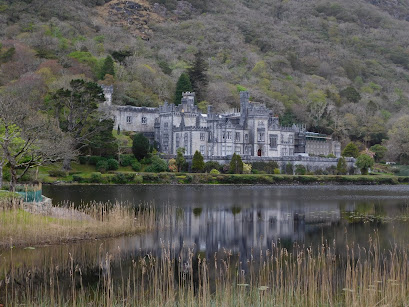 Day 4--Into Northern Ireland (Counties Fermanagh, Londonderry, and Antrim)
We started the day with a visit to the Belleek factory before heading to Londonderry/Derry to see the the "People's Gallery," murals of the Irish troubles from the 1970s and 1980s.  Next to one of my favorite stops of this trip--Giant's Causeway, before arriving in Belfast. 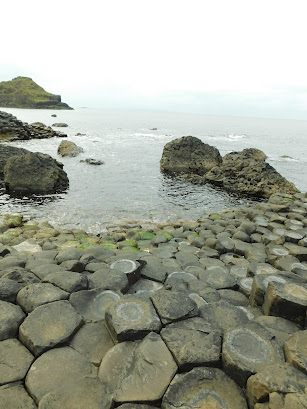 Day 5--Belfast
A driving tour of Belfast (including with murals) followed by a visit the the Titanic Experience where the old Belfast shipyards were located.  After a brief break at the hotel (which we used to to a little sightseeing of Belfast's City Hall and a couple of churches), we were off to the Queen's residence in Northern Ireland, Hillsborough Castle for another looked forward to stop--afternoon tea and a tour! 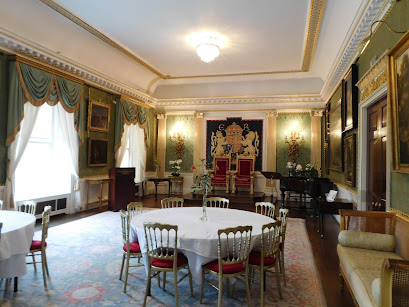 Day 6--Counties Louth and Dublin
First thing we went to see the burial mounds at Bru na Bionne (very cool) then arrived in late afternoon at Dublin.  A quick Dart ride into the city (we were unfortunately staying in the suburbs) and we visited Christ Church with its beautiful floor tiles, and the off to the National Gallery of Art before heading to Temple Bar for a pub dinner.  After a quick picture of Hapenny Bridge on the River Liffy, we were heading back to our suburb hotel. 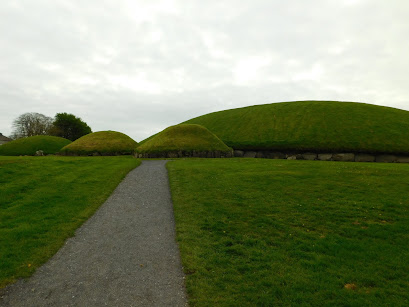 Day 7--Dublin
A whole day in Dublin to enjoy Merriam Square, the Library and Archeology Museum, Grafton Street, Dublin Castle, churches, including one with mummified bodies in its crypt, and dinner at the Guinness Storehouse. 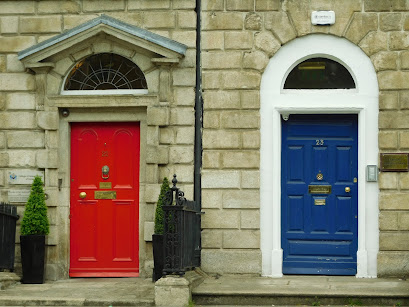 Day 8--Counties Wicklow, Kilkenny, and Waterford
The day began with a cooking demonstration at Ballyknocken Cookery school after which we could eat the scones made (yum!), a stop at Kilkenny to visit the castle, on our way to Waterford where we visited two churches (complete with Waterford crystal chandeliers) before heading on an excursion to a thatched roof pub in Dunmore East for drinks and music. 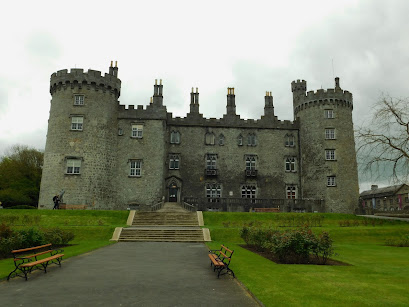 Day 9--Counties Waterford and Cork
A morning stroll in Waterford followed by a stop at Blarney Castle to kiss the Blarney stone.  Our last stop for the day was Cork, where we explored, including visiting a couple of churches. 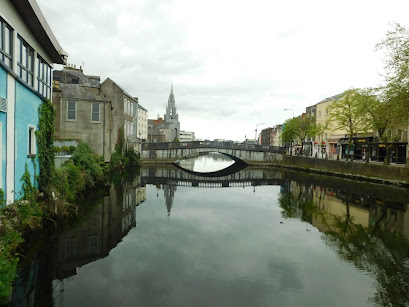 Day 10--Counties Cork and Kerry
We had a bit of time on the bus before we stopped for a brief break at Bantry to stretch our legs on our way to Garinish Island, where we saw seals and pretty flowers.  The sun even (briefly) came out for some beautiful pictures.  A brief stop for lunch at Glengarriff before driving through the Ring of Kerry on the way to Killarney.  We ended the day with a walk to Muckross Abbey in the Killarney National Park. 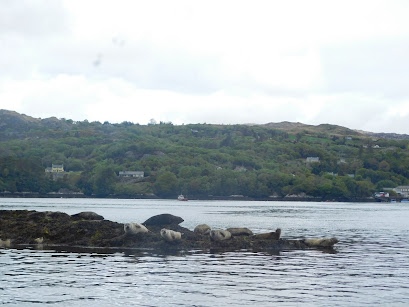 Day 11--County Kerry
The day started with a drive to the Dingle Peninsula and the Inch Strand, on our way to the Blasket Island Centre to learn about the Irish speaking community that lived on the island until evacuated in the 1950s.  We lunched in the pretty fishing village of Dingle Town, before some shopping back in Killarney. 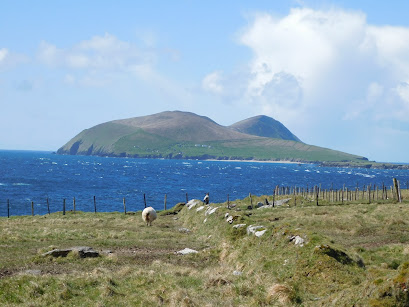 Day 12-- County Kerry and back to County Limerick
A morning walk to Ross Castle in Killarney National Park followed by a quick stop in a neo-gothic church, before driving to Adare with its thatched roof cottages for lunch.  We had time to wander up to see the ruins of Desmond Castle, before heading back to see the priory.  A short bus ride later, and we were back where we had started in Limerick.  We had a bit of free time, so rushed to St. Mary's Church before heading to a special dinner at Bunratty Castle. 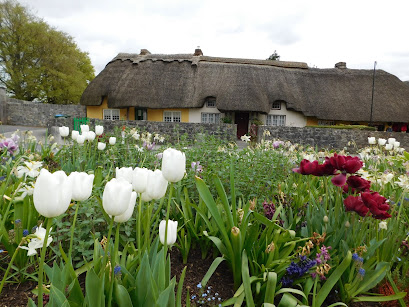 Review:  This is the longest Globus tour I have been on--usually I have added extra days and travelled without the tour, but I was planning on going on this one alone.  Luckily at the last minute Katherine, who I usually travel with when I go to Europe, decided she could come with me.  At that point everything had already been booked for me, so we just went with the tour and no extra days.  Globus did a very good job with Ireland, so I realy didn't feel like I missed out on something.  I would definitely recommend this trip! 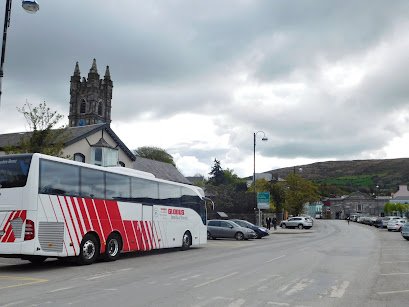 Email ThisBlogThis!Share to TwitterShare to FacebookShare to Pinterest
Labels: Ireland 2017